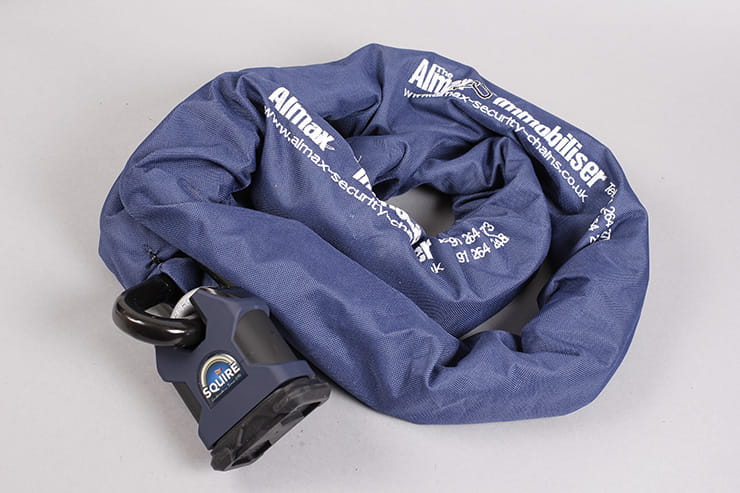 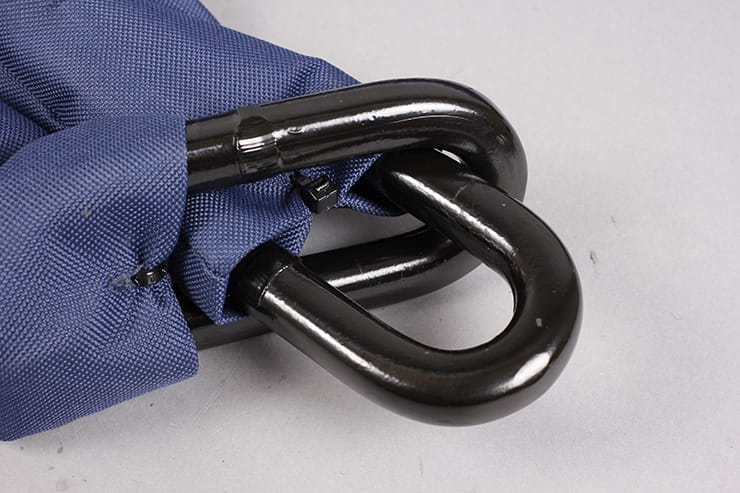 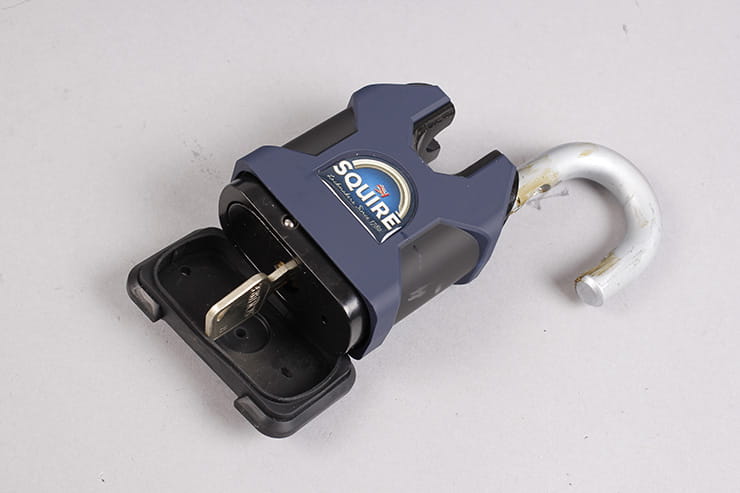 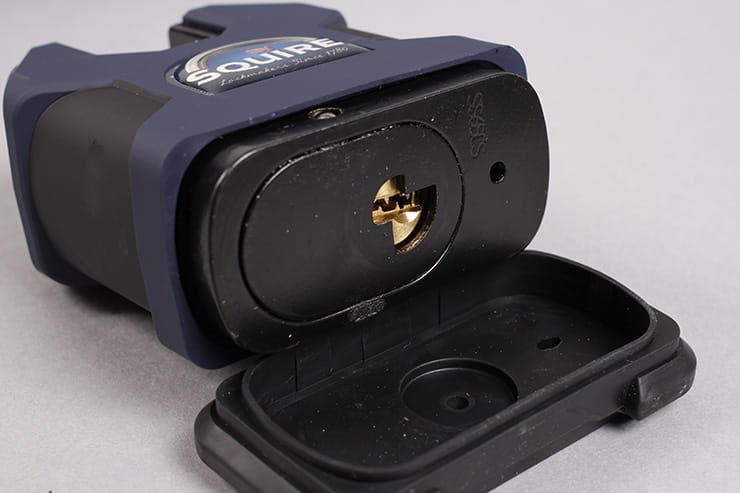 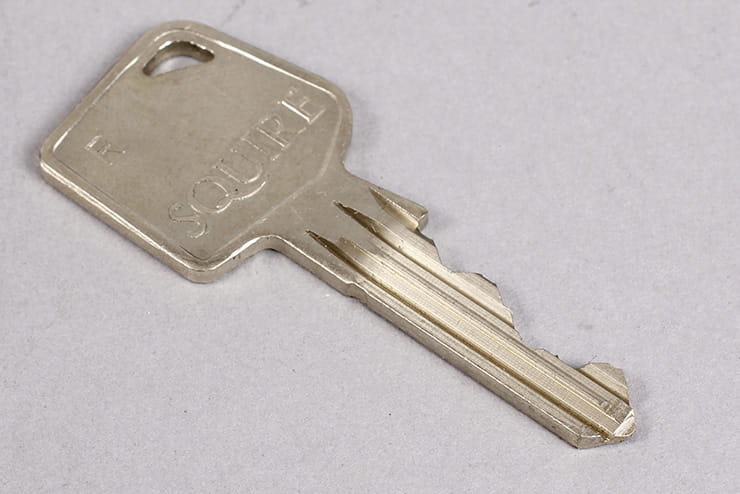 The chain is covered with a waterproof textile sleeve that’s secured at both ends with zip-ties. All the links are the same size, and an end link can be passed through any of the others, making for a more versatile chain than can be shortened if necessary to keep it tight and off the ground – important on any security.

The padlock is supplied with two keys and has a plastic cover over the body. The keyway is protected by a rubber flap, though we found this to be a little fragile – care is needed to avoid losing it. 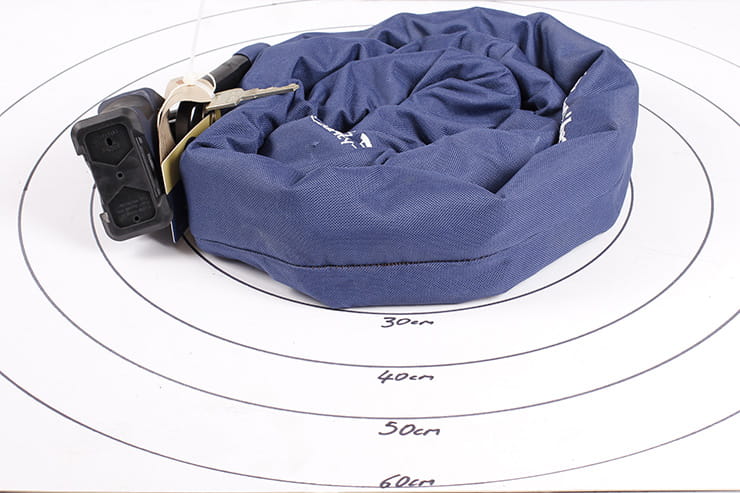 We were unable to break the chain using 42” bolt croppers, but surprisingly – using an anvil and with plenty of space – we cracked a link in just 36 seconds, breaking it entirely in 47.

Using an angle grinder took an average amount of time to cut through the rounded-square profile links, which are 15.2-15.6mm thick.

On an anvil, the padlock easily outlasted the chain when attacked with a sledge hammer. However, it showed signs of cracking so we continued to strike it, discovering that it would break completely in half within 3 minutes of this very noisy attack.

Using an angle grinder, we cut through the 12.6mm-thick shackle in a slightly longer time than the chain. 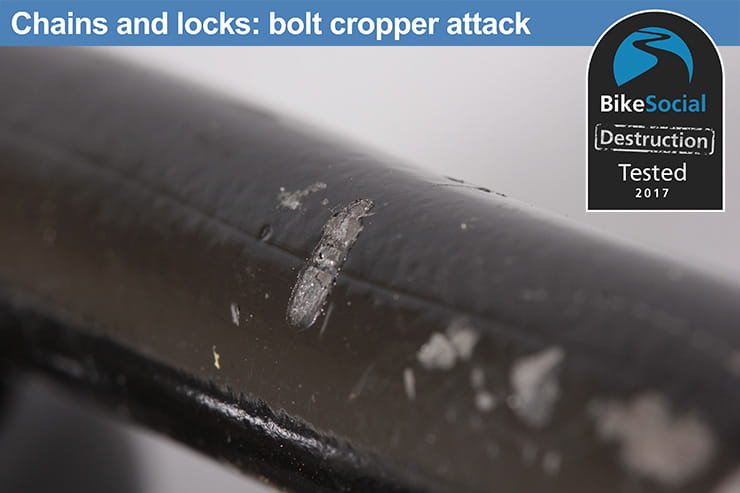 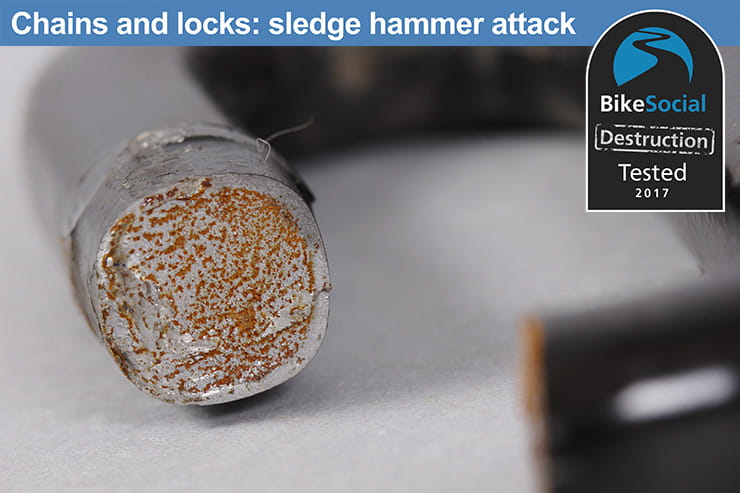 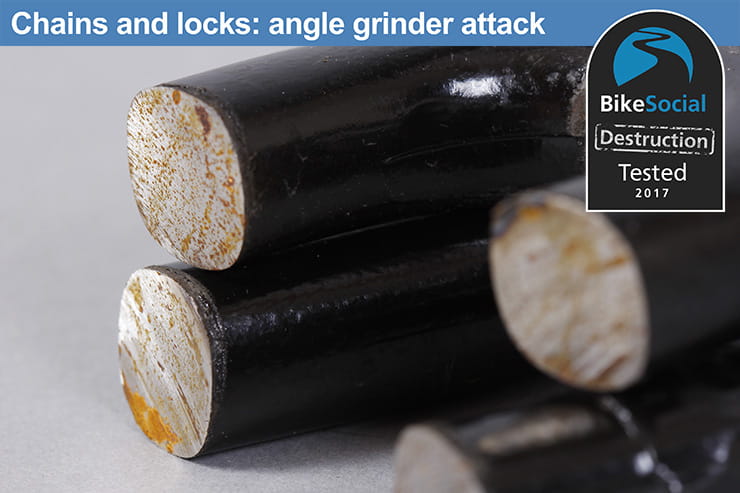 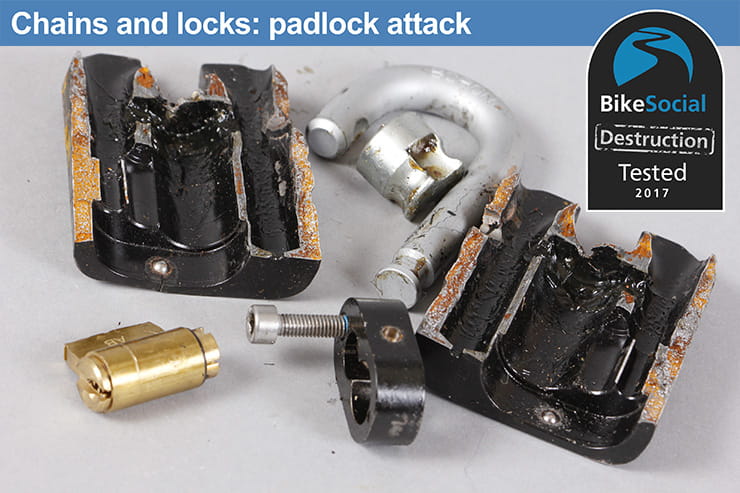 Considering its size and weight, the Almax results were surprising, though it’s important to remember that any chain and lock must be kept off the ground. If used correctly, and a very noisy hammer attack becomes impossible, the reasonably high angle grinder attack time makes the Almax Immobiliser Series III a tough bit of kit. You’ll need to carry it in a strong bag on your seat, as the weight is beyond the recommendations of most top-boxes.