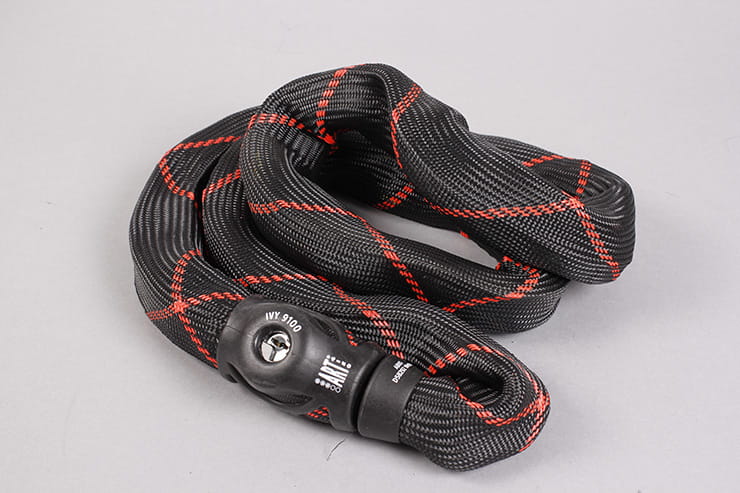 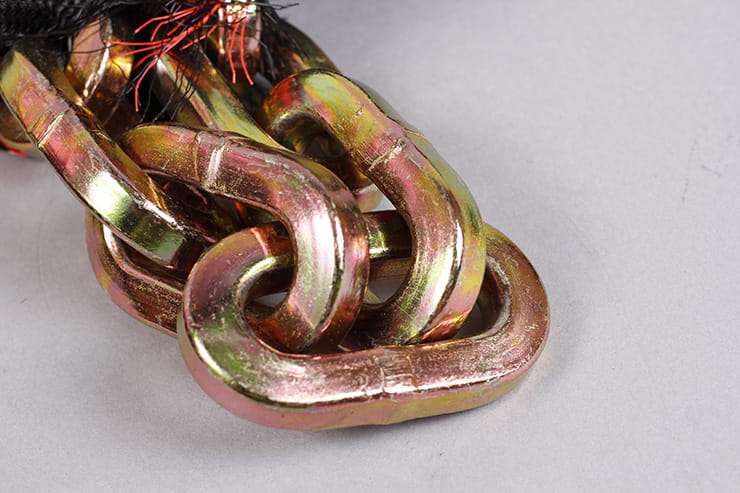 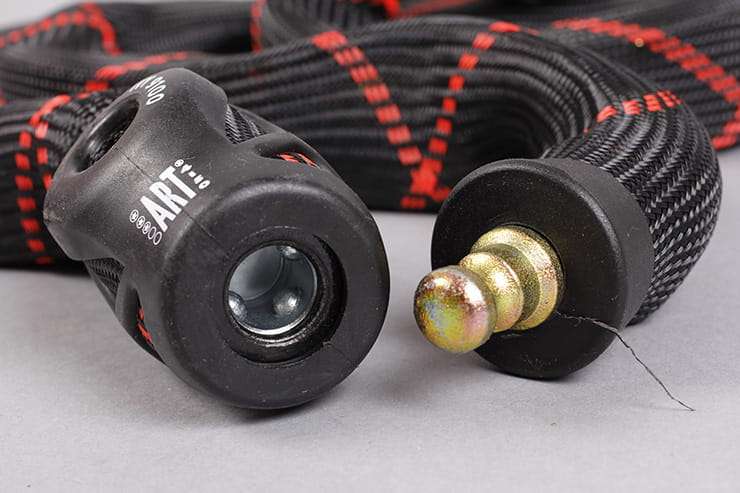 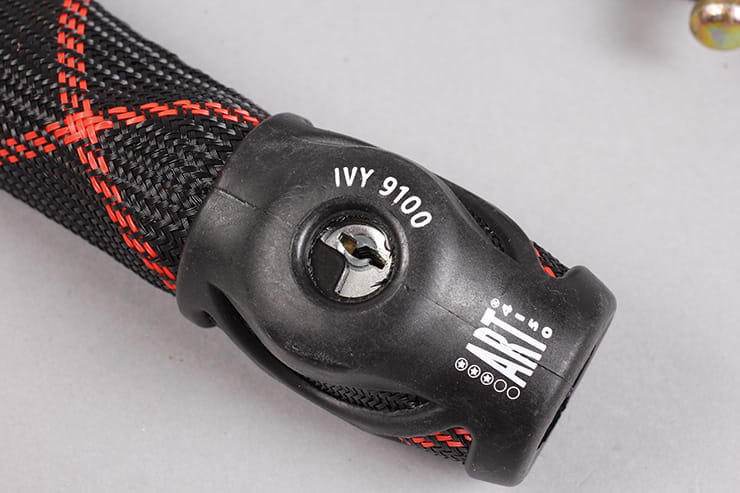 The chain is protected by a mesh-type sleeve that’s fully secured at both ends. This sleeve won’t absorb water, but it does let it in, so it’s still worth popping the Ivy in a plastic bag if you take it home in your luggage.

Two keys are supplied with the lock, but there’s no cover over the keyway, so make sure it’s kept away from the ground, where grit could be thrown up in a rainstorm.

Being completely sleeved, and with a plastic cover over the lock, this Abus shouldn’t mark your paintwork. 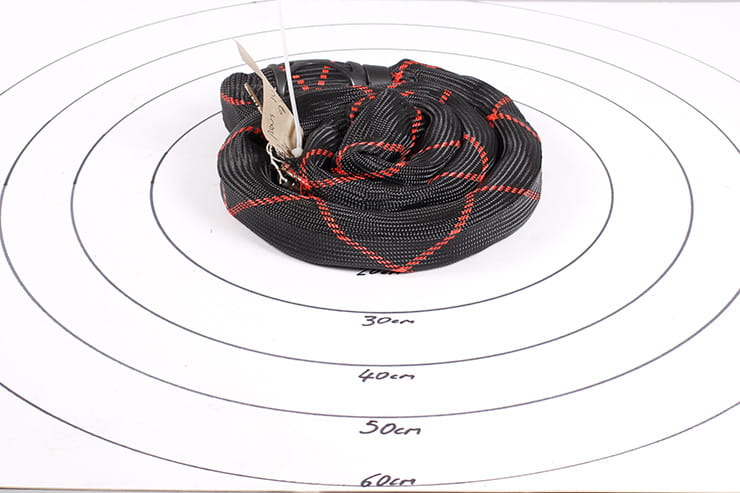 Using 42” bolt croppers, we were able to cut the chain in 29 seconds. Using a sledge hammer – in the worst-case scenario of an anvil and plenty of room to work – the link cracked at 40 seconds, and broke at 58.

The 115mm angle grinder cut through the square, 9.6-10.2mm thick link in an average amount of time.

Using a sledge hammer, anvil and plenty of space, the lock was broken open in just 38 seconds, but remember that sledge hammer attacks can be defeated by keeping the lock off the ground. 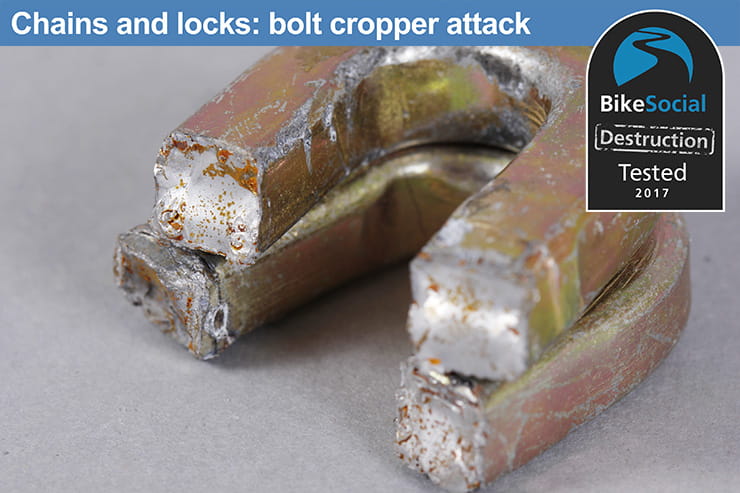 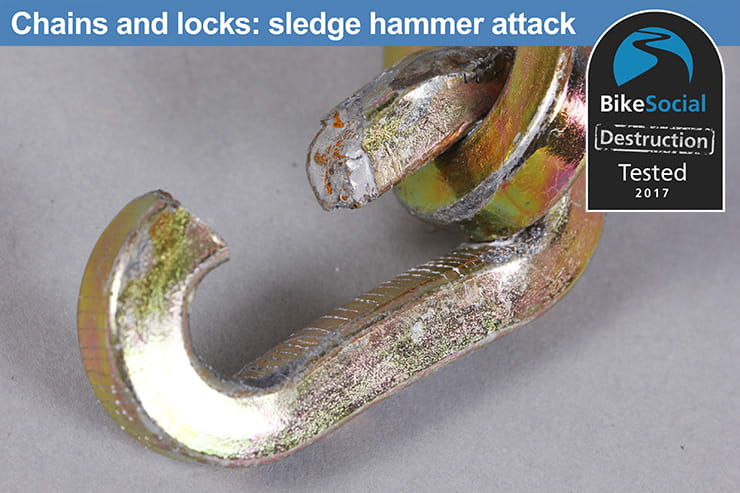 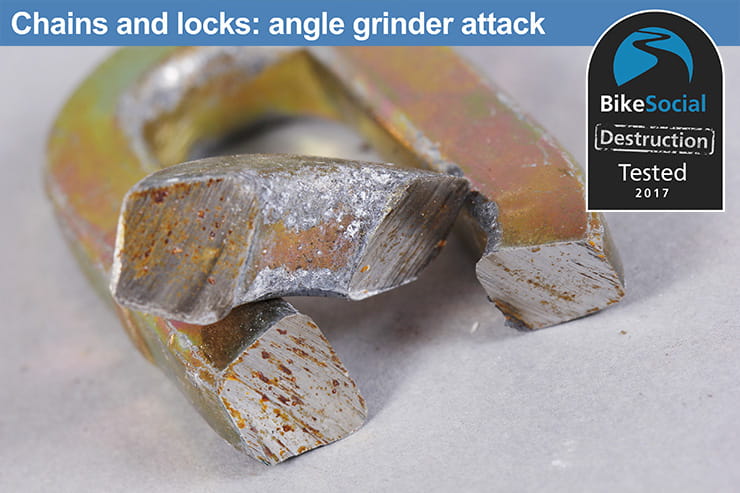 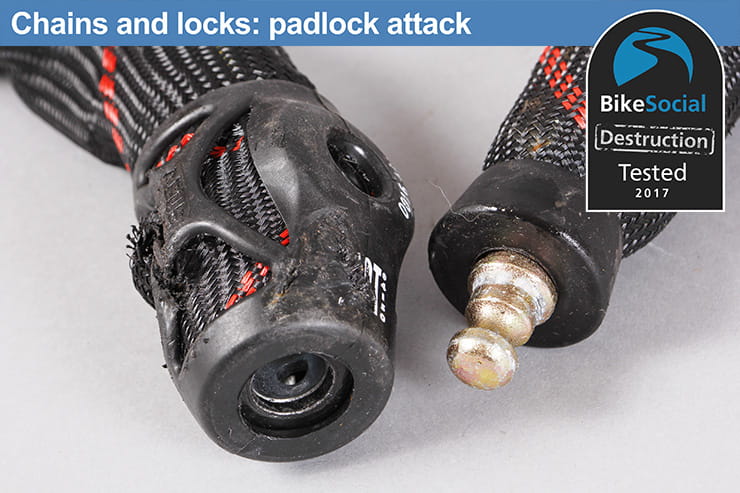 The Abus Steel-O-Chain Ivy is a very convenient lock to use, and poor results in the sledge hammer attack can be negated by keeping it tight and off the ground, but it is vulnerable to bolt croppers. It’s a good deterrent to the less determined thief, but the lack of cover for the keyway also lets it down for motorcycle use.