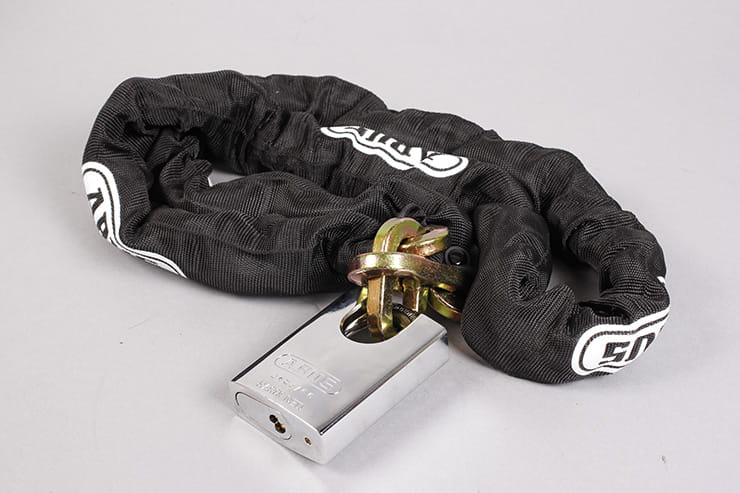 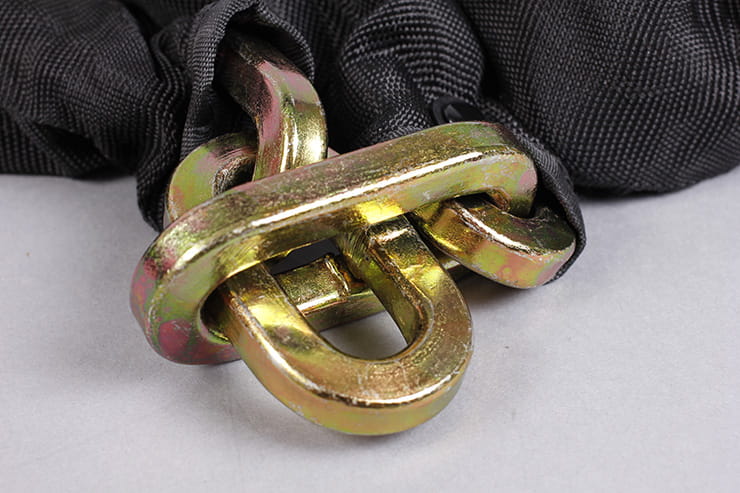 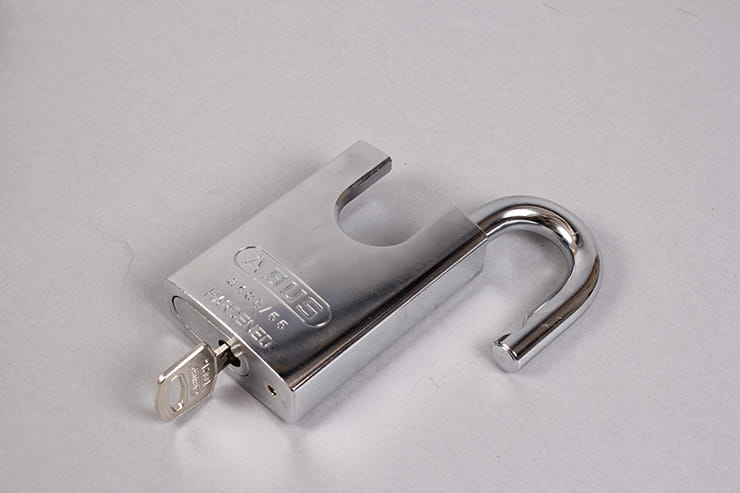 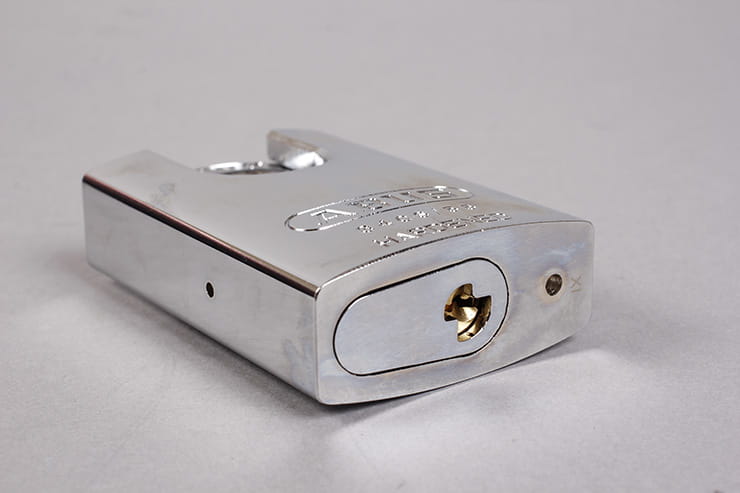 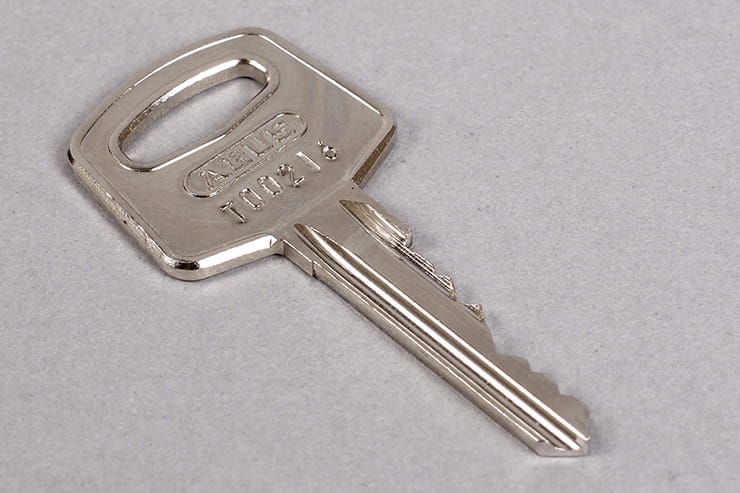 There’s no protection for the keyway in the padlock, so beware of getting dirt in there – you shouldn’t allow any chain or lock to rest on the ground, but if this lock’s left lying it could also get grit inside, especially in the rain.

Like most other chains, the sleeve isn’t waterproof, so tends to stay damp if used in bad weather – take a carrier bag if you’re putting it back in your luggage. The chain has a longer loop at one end, for the other to pass through.

There are two keys supplied, and while the chain shouldn’t mark your paintwork, make sure the padlock can’t knock against anything as it’s not protected. 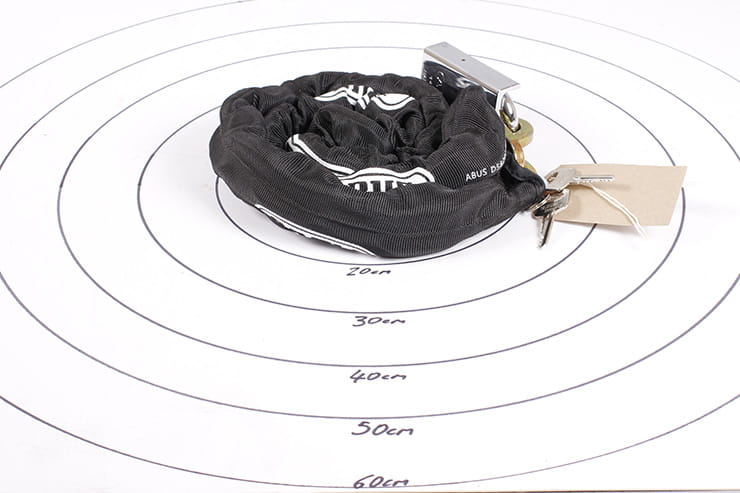 When coiled up, the chain covers a diameter of approximately 20cm

The Platinum chain took a lot of effort to break with 42” bolt croppers, finally getting through both sides of the link in 4 minutes 25 seconds. Using a sledge hammer, the link’s weld cracked at 1 minute 50 seconds, and broke completely five seconds later.

The links are square, with a typical thickness of 9.5-10.1mm, and took an average amount of time to cut with the angle grinder.

While part of the shackle’s shield broke off during the sledge hammer attack, the lock body survived, merely deforming, despite our worst-case scenario of an anvil and plenty of space.

It took longer to angle grind through the shackle, which is 10.9mm thick, so the chain is the most likely point of attack. 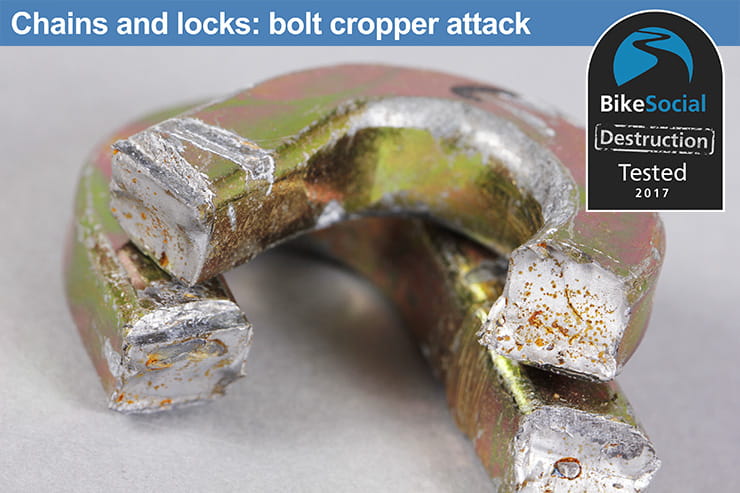 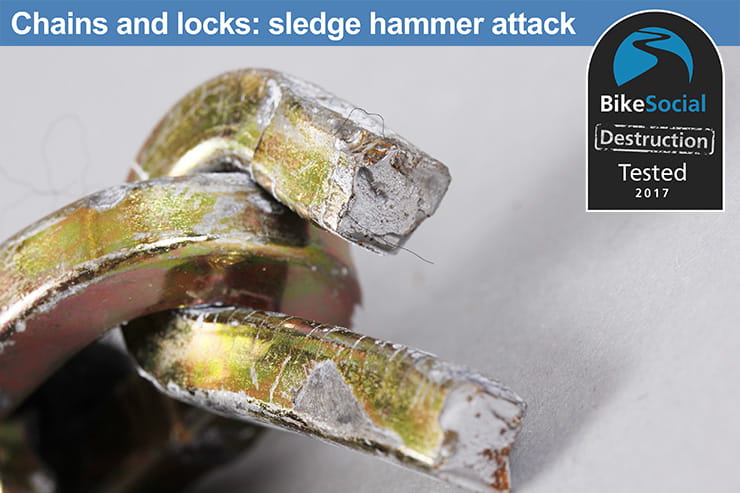 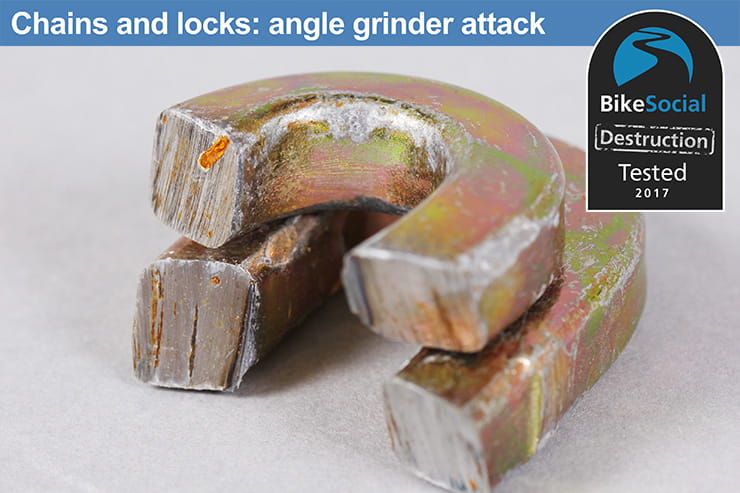 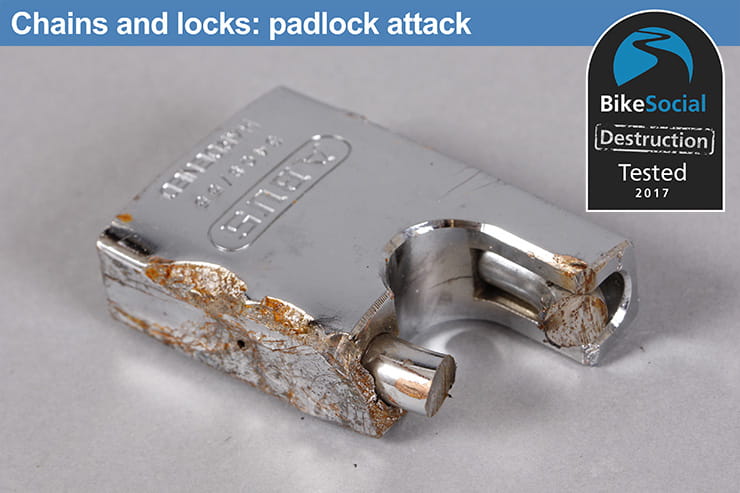 The Platinum Chain 34 achieved average results across the board for attack testing, though the bolt cropper attack was much harder than many that fall in the same bracket. The chain can be rolled quite compact, but the lack of keyway protection and anything over the padlock’s body make it less suitable than others for use on a bike.