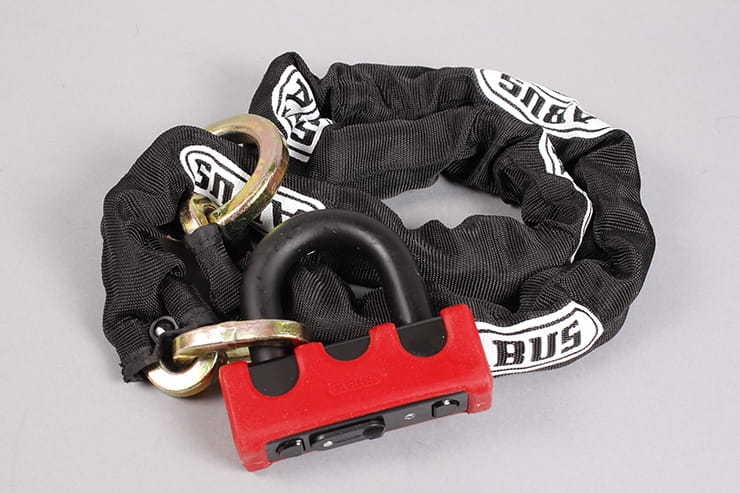 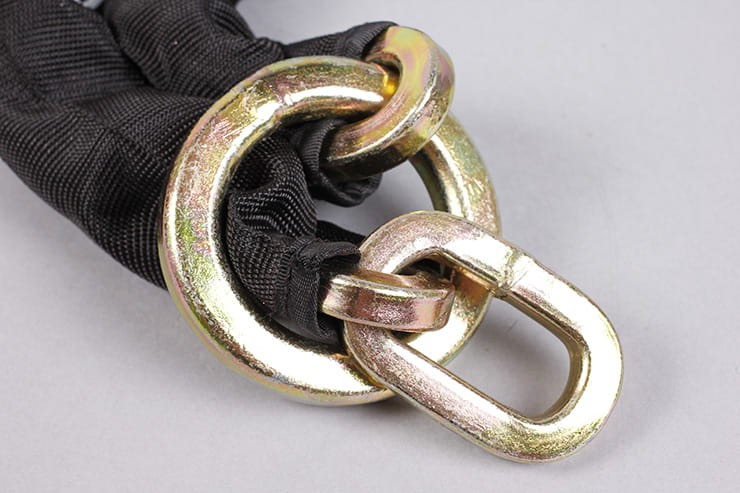 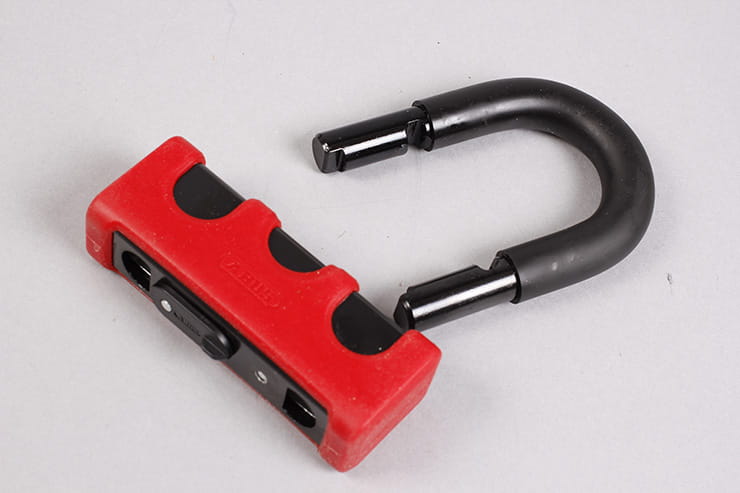 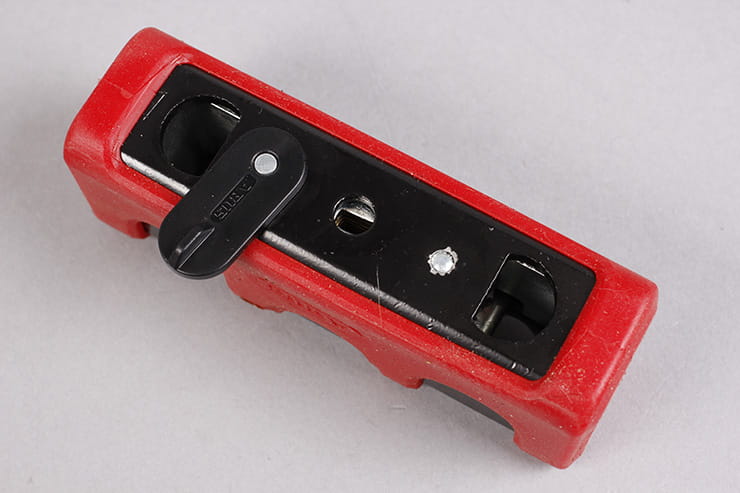 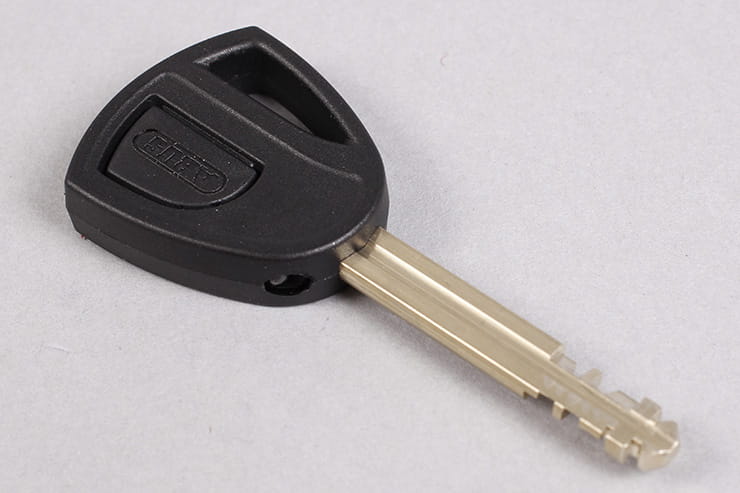 The Abus Granit Power XS 67 (59715) is approved to Thatcham Category 3, and available in a length of 1.2m only. One end of the chain has a large round link that the rest of the chain passes through, making it longer than a typical device in use as both ends don’t need to be looped all the way back to the padlock – you can attach the U-lock style lock to your bike and pass the chain around the anchor.

The chain is covered with a fabric sleeve that’s riveted at both ends to protect your paint, though it can soak up moisture if left in the rain, so take a carrier bag if you’re going to put it in your luggage on the way home.

Two keys are supplied, one of which has a small LED torch built in. The lock, which can double as a disc lock, has a rotating cover over the keyway and silicone body wrap with rubber-coated shackle. 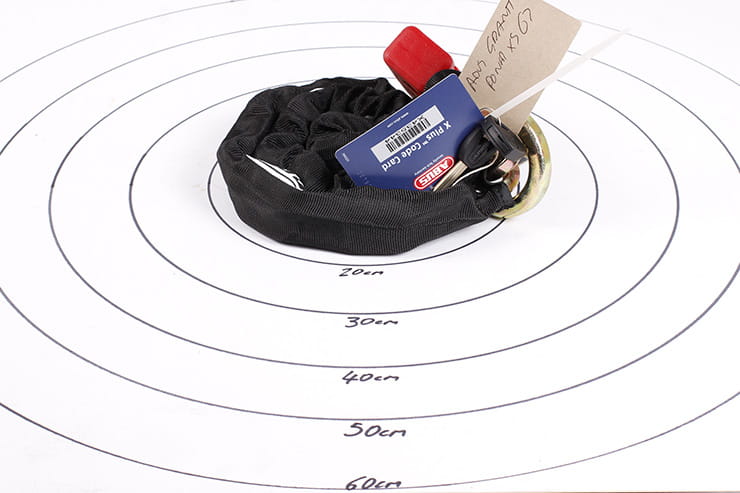 When coiled up, the chain covers a diameter of only 18cm.

Using 42” bolt croppers, we were able to cut the chain in 27 seconds. Using a sledge hammer – in ideal conditions with an anvil and plenty of room to work – the link cracked in 10 seconds, and broke in 20.

The chain’s links are square, with a typical thickness of 8.8-9.7mm, while the loop at one end is 11.9-12.2 mm; they stood up for a fairly average amount of time against our angle-grinder.

The lock body easily outlasts the chain when under attack with a sledge hammer, while the 14mm thick shackle proved tougher than the chain against an angle grinder, so the chain is still the weakest point. 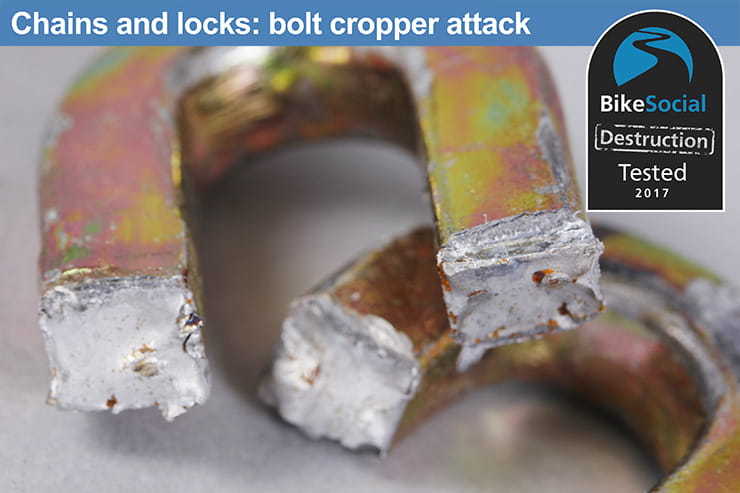 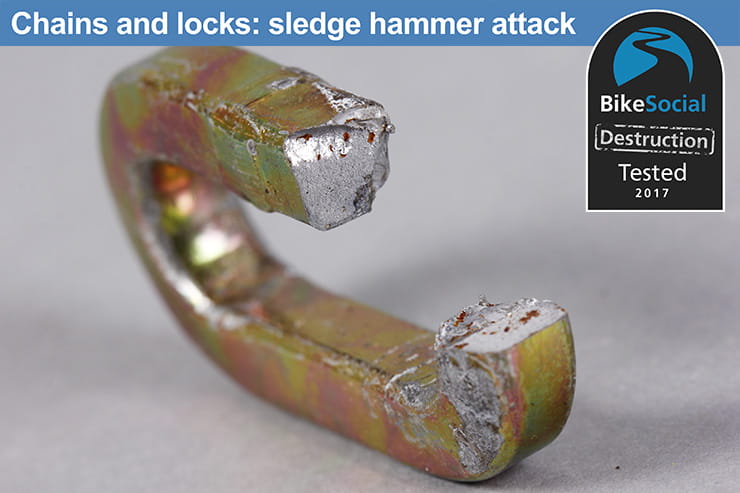 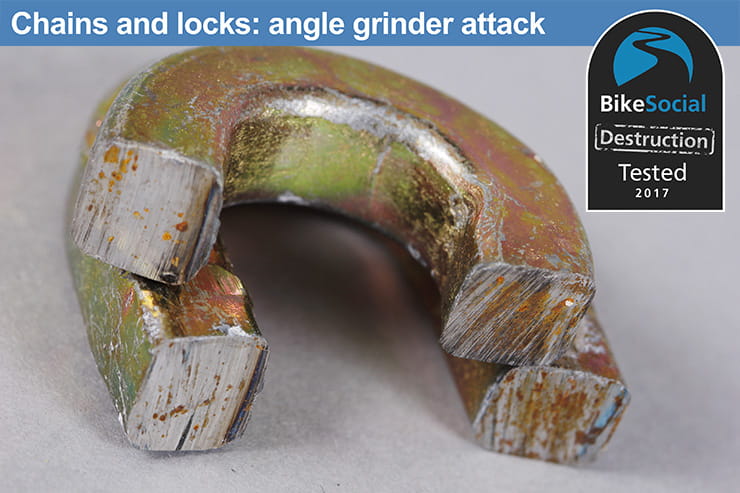 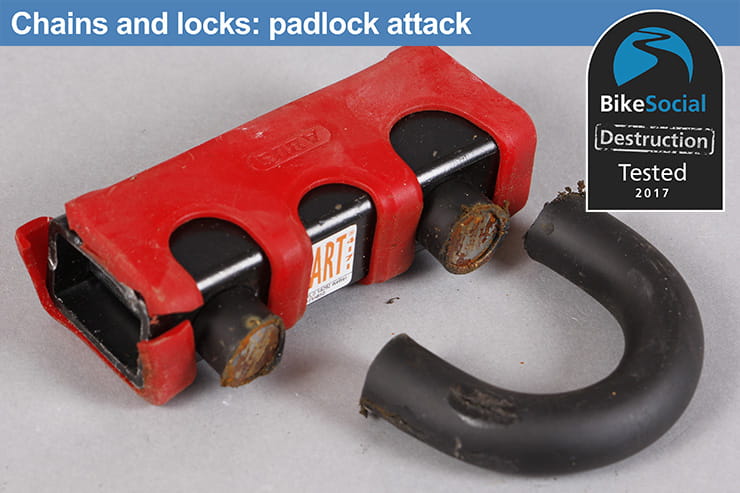 Keep the Granit Power XS off the ground and the poor sledge hammer attack result becomes irrelevant. While the angle grinder results were average, the poor result when attacked with bolt croppers spoils what is a fairly versatile package thanks to the long-reach chain and the lock that doubles as a disc lock.