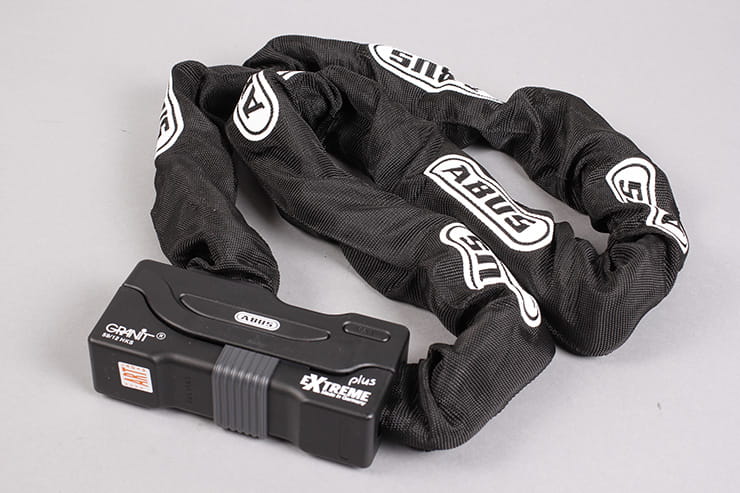 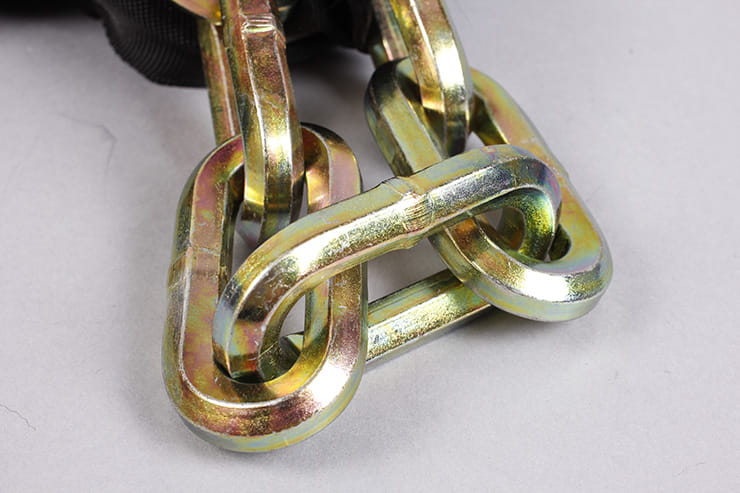 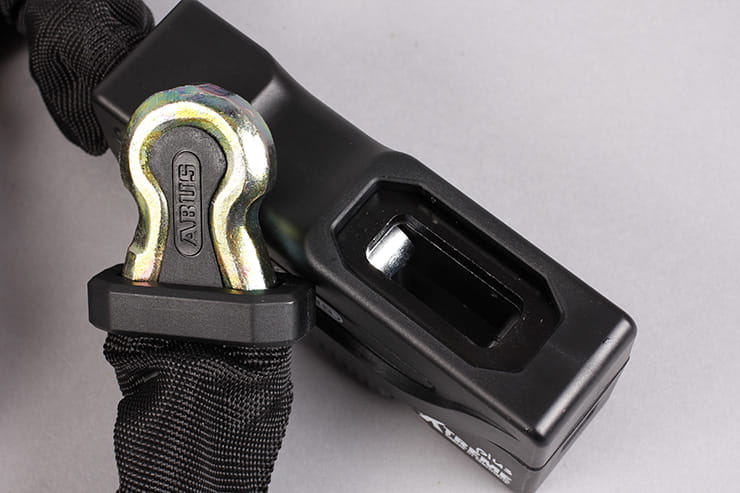 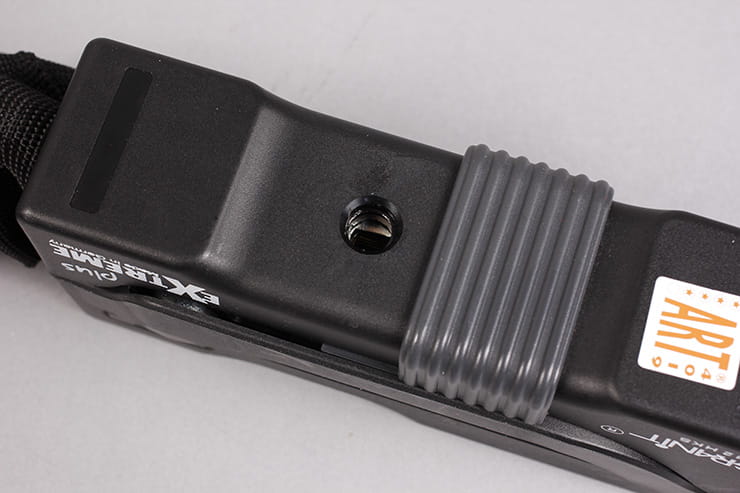 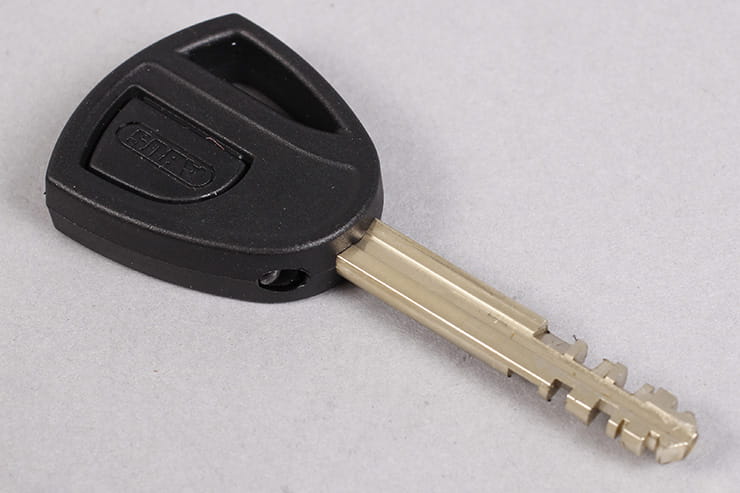 The Thatcham Category 3-approved Abus Granit Extreme 59 (56559) is an integral chain and lock that’s available in lengths of 0.85, 1.1, 1.4 and 1.7 meters. We’ve tested the 1.4m model, which has a soft but tough fabric sleeve secured at both ends over the entire chain. The lock body is also covered with plastic, making it unlikely to damage your bike.

The sleeve can hold moisture if used in the rain, so consider popping it in a carrier bag if you take it home in your luggage.

Two keys are supplied, one with a small LED torch built in, and the lock’s keyway is protected by a sliding cover. 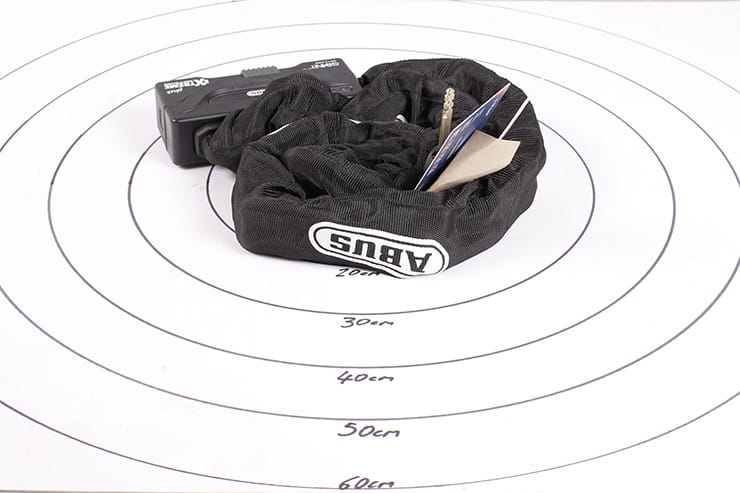 Our 1.4m lock weighed 4.48kg, but we also measured the 1.7m model, which weighs 5.44kg. When coiled up, the chain covers a diameter of approximately 22cm.

Using 42” bolt croppers, we were unable to cut the chain. Using a sledge hammer and an anvil, with plenty of space, the chain was broken in 2 minutes 34 seconds.

The design of the lock makes it slightly easier to cut through the chain with an angle grinder, allowing us to get through the 11.8-12.5mm hexagonal links in a short time.

Using a sledge hammer, anvil and plenty of space, even the plastic cover stayed in place on the Extreme. Easily outlasting the chain, this is a very tough lock mechanism indeed. 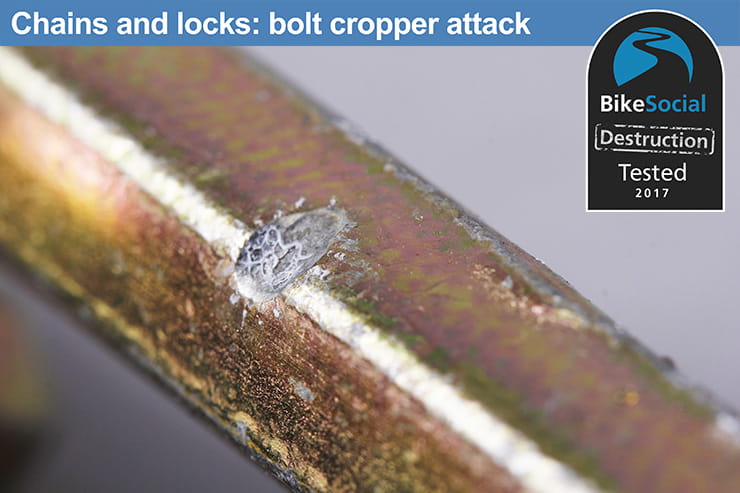 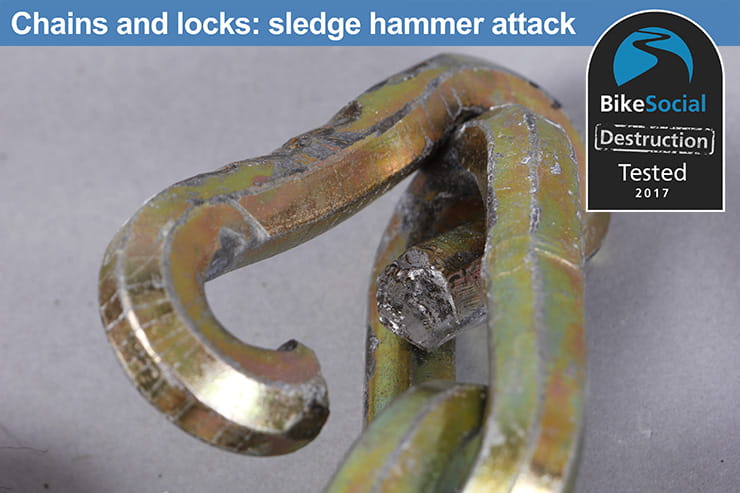 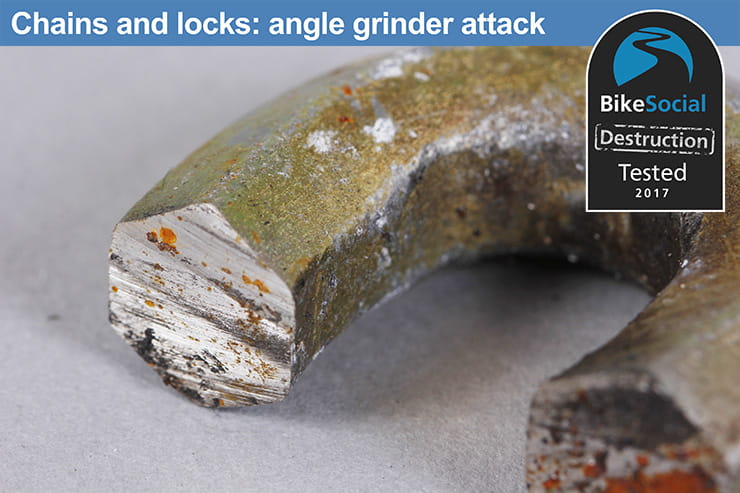 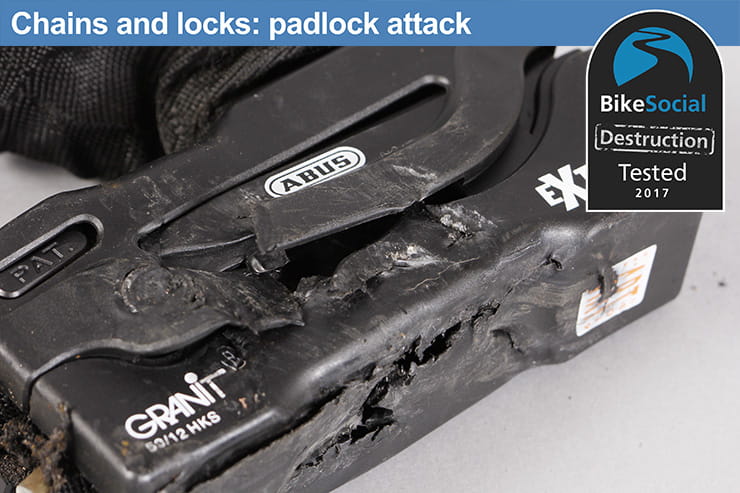 The Abus Granit Extreme 59 is let down by a disappointing angle grinder attack speed. It should be noted though that, if a crook has a grinder, the difference in time between the best and worst chains is very small. The convenience of the lock, good bolt cropper resistance and the fact that a sledge hammer attack can be prevented by keeping it tight and off the ground mean this should still be considered a good option for bike use.