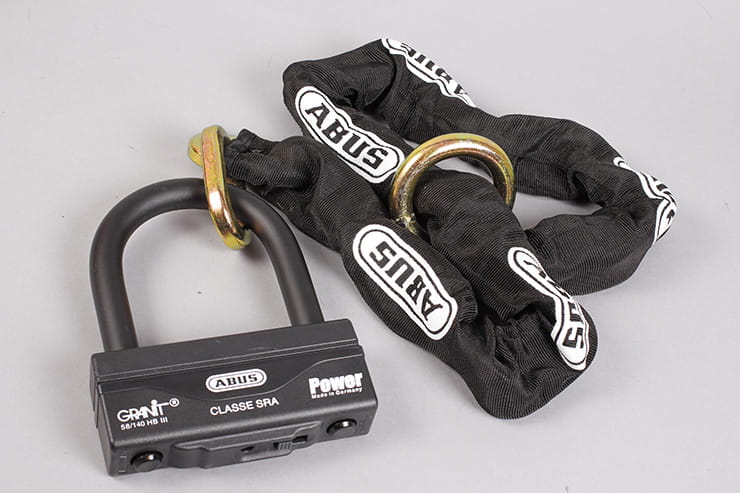 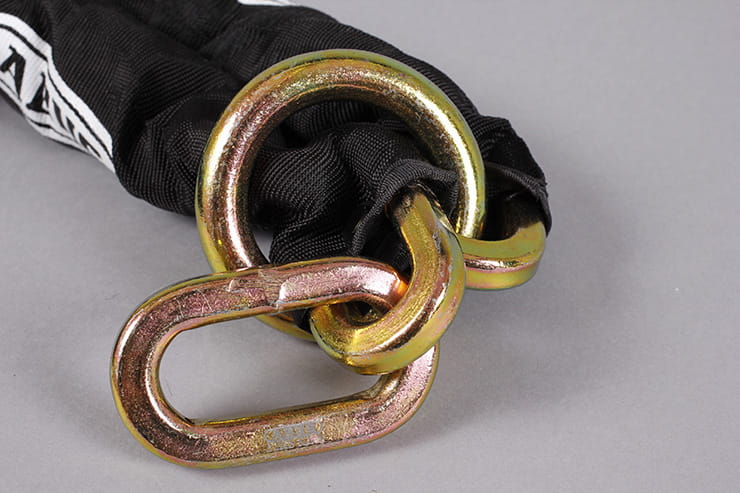 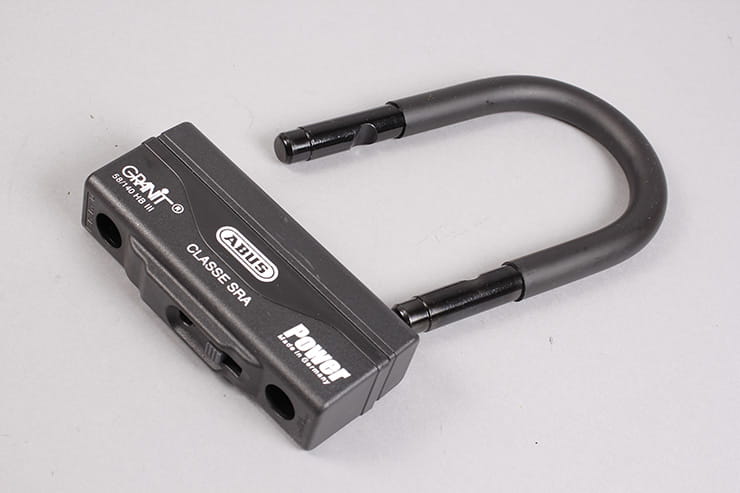 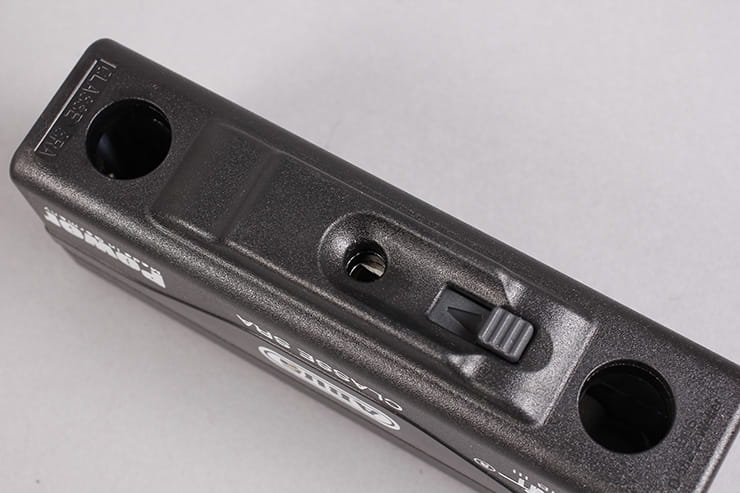 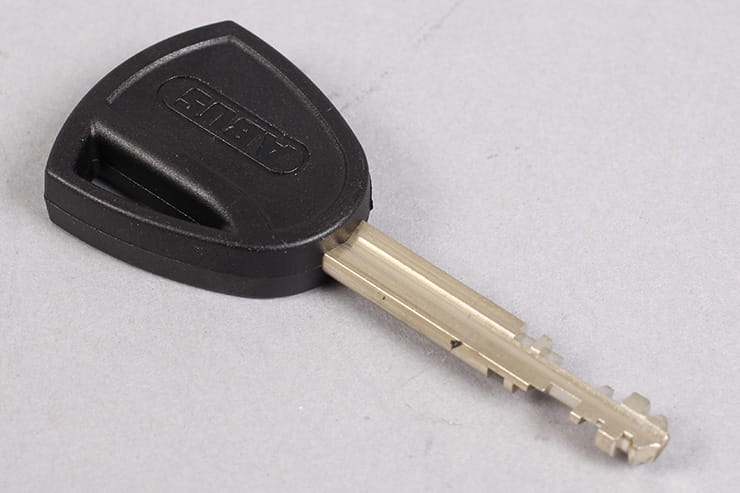 Available only in a length of 1.2m, the Abus Granit 58 Lock-Chain (32860) has a large loop at one end to allow the rest of the chain to pass through. This means that it can reach almost twice as far as a standard chain – which needs to be secured to the padlock at both ends – if you fix the lock to your bike.

A sleeve, riveted at both ends, covers the chain to protect your bike’s paint. Keep in mind that the tough, soft material can hold moisture if used in the rain, so consider popping it in a plastic bag if carrying it home in your luggage.

The padlock is covered in plastic, and has a rubber coating over the shackle. The keyway is protected by a sliding cover, and two keys are supplied, one of which has a small LED torch built in. The lock doubles as a large disc lock, adding to its versatility. 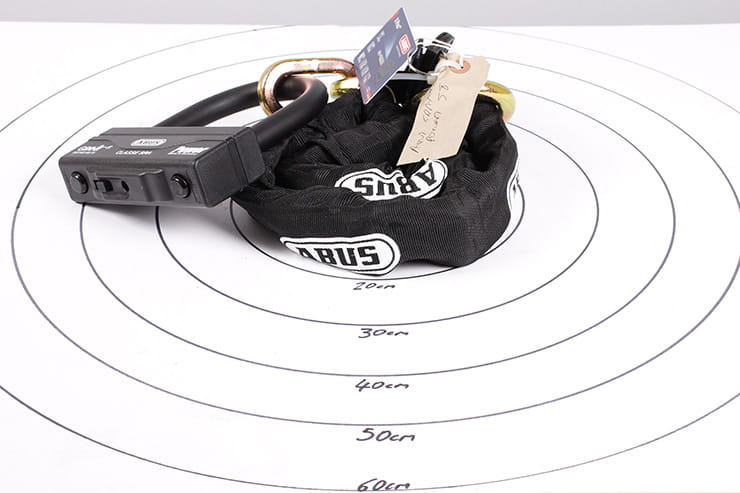 The large padlock / disc lock weighs 1.70kg – when added to the 3.78kg chain, it makes for a total of 5.48kg. Thanks to the design, when rolled up the chain covers a diameter of just 20cm.

We couldn’t break the chain using 42” bolt croppers, and when using a sledge hammer, in the worst-case-scenario of an anvil and plenty of space, the link’s weld cracked in 2 minutes 58 seconds, but remained unbroken.

When faced with an angle grinder attack, the square links, which are 11.4-12.0mm thick, survived for a reasonable time with our bench-mark mains grinder. The end loop is round in profile, with a thickness of 13.9-14.5mm.

During a sledge hammer attack on the anvil, the plastic body of the padlock / disc lock shattered, but the core remained very solid.

It took longer than than the chain to cut through the 16mm-thick shackle with a grinder, leaving the chain as the more likely point of attack. 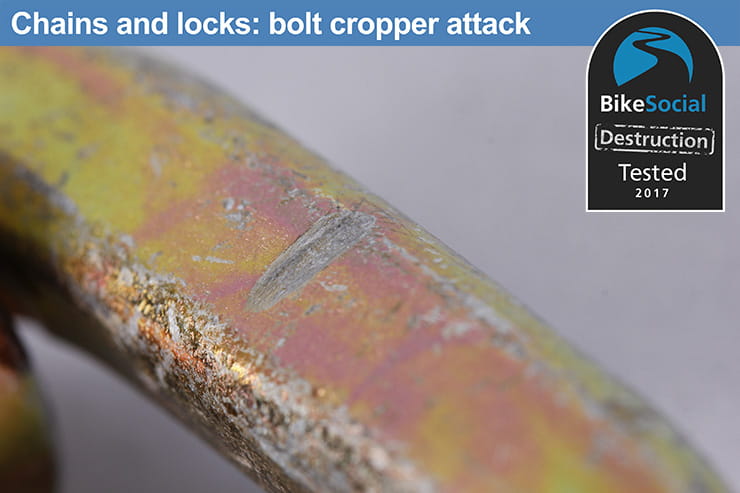 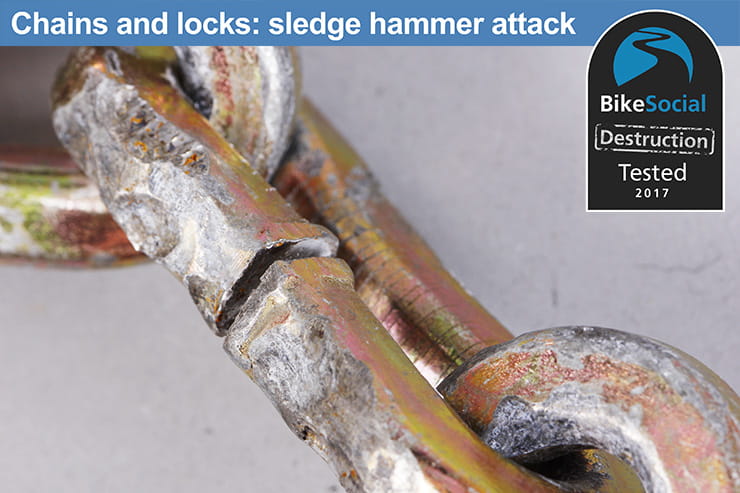 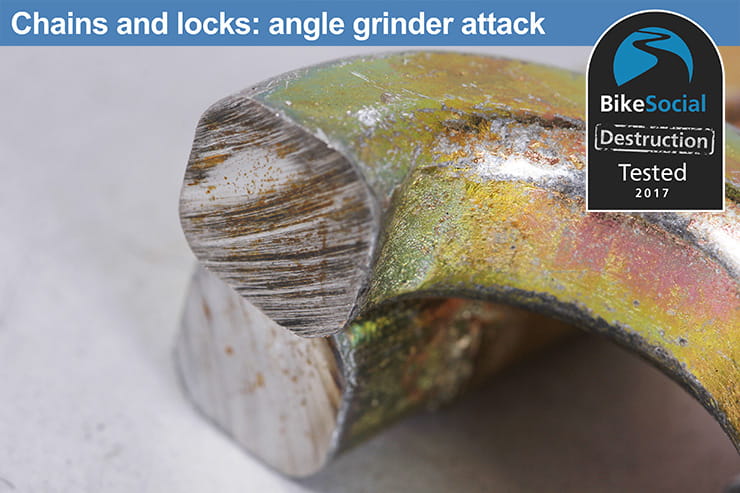 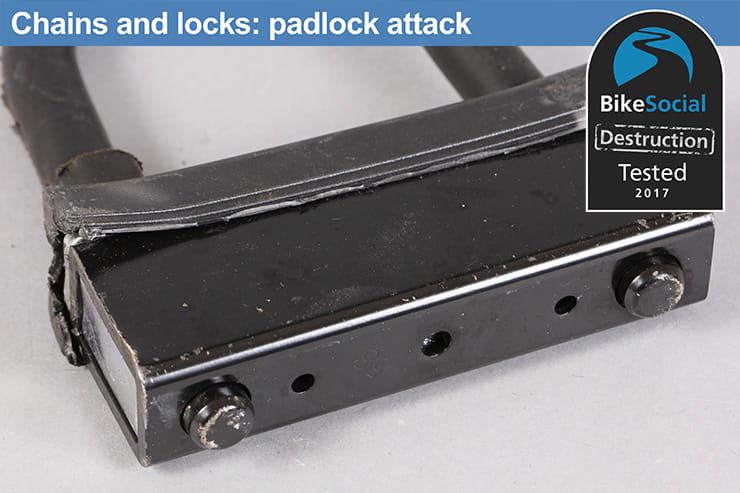 Attack results for the Abus Granit 58 make it a good choice without being excessively heavy. Freeze spray was found to reduce the performance during a sledge hammer attack (with plenty of space and an anvil), so do still try to keep it off the ground.

It’s worth pointing out that the large size of the U-lock design disc-lock, which adds well to the versatility of this product, could be vulnerable to attack using a small hydraulic ram, though fixing it around your swingarm, disc or wheel spokes will prevent this.