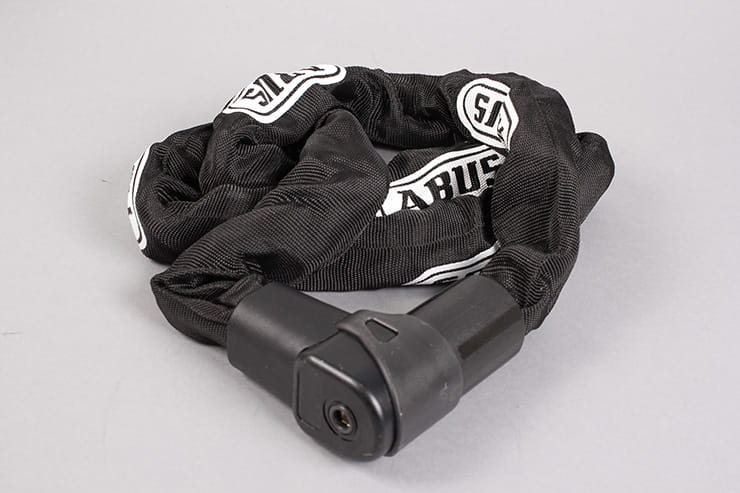 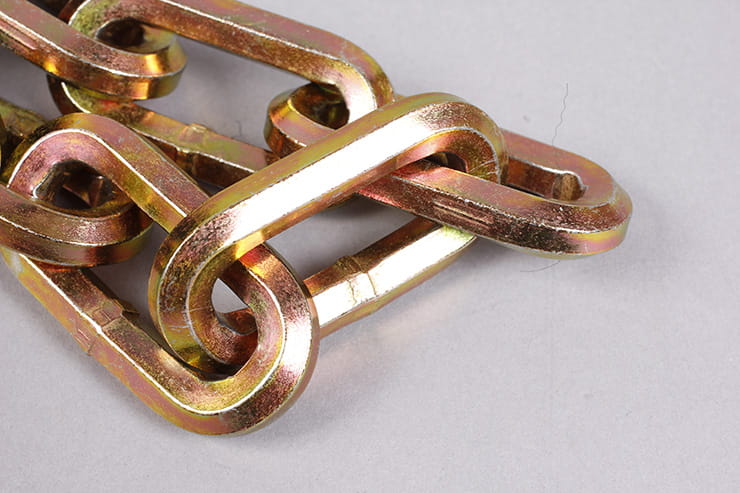 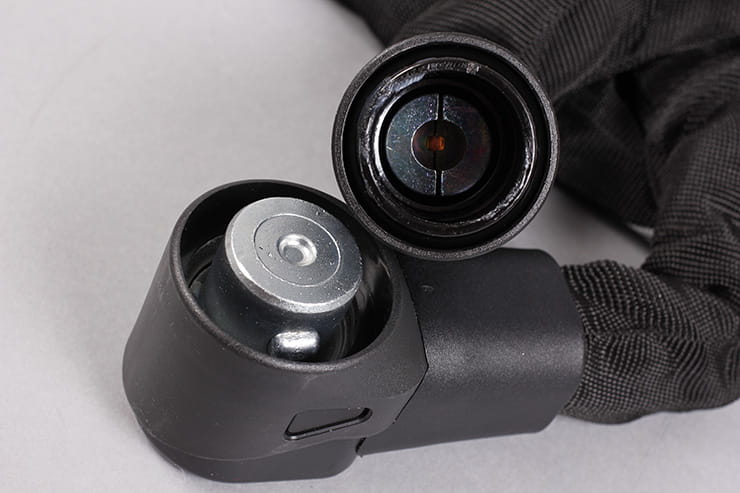 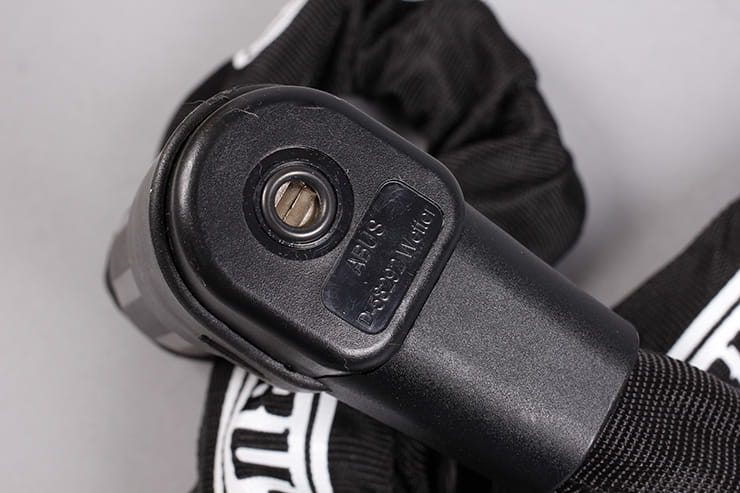 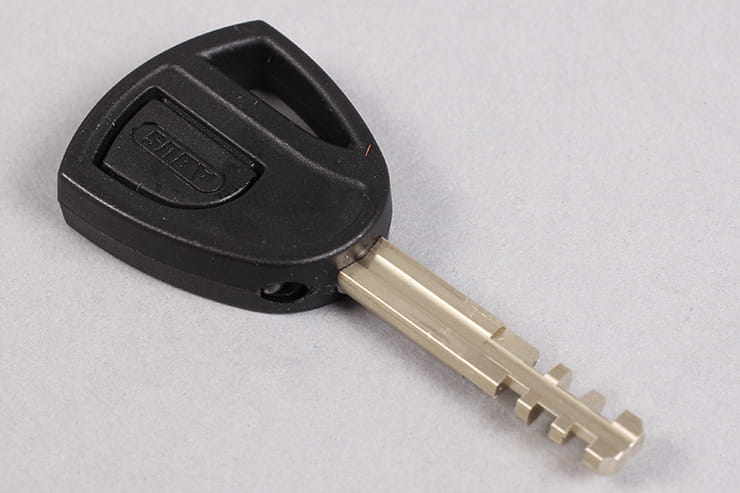 The sleeve soaks up moisture if used in the rain, so you might want to pop it in a carrier bag if you’re taking it home in your luggage.

The body of the lock has a plastic cover, with a built-in metal gate protecting the keyway from grit and water. 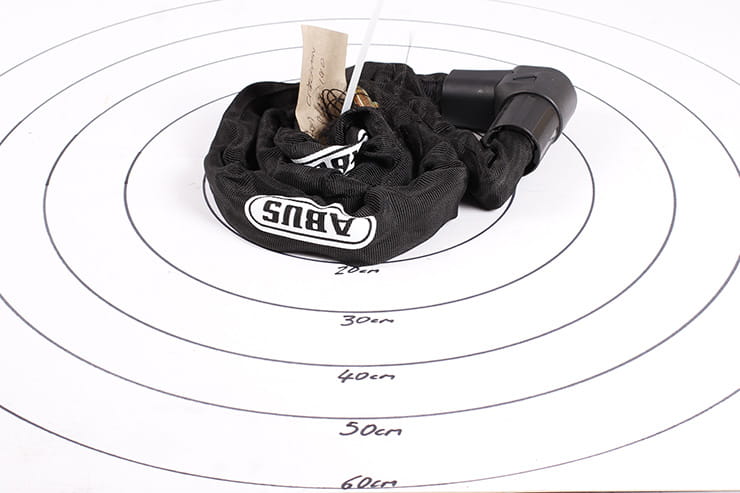 We broke the chain in just 17 seconds using 42” bolt croppers, and in 50 seconds using a sledge hammer (on an anvil with plenty of room to swing); the link’s weld cracked ten seconds before this.

Using an angle-grinder we cut through the chain – which uses 8.5-8.8mm hexagonal links – relatively quickly using our bench-mark mains grinder.

To understand how best to use your lock, click here. 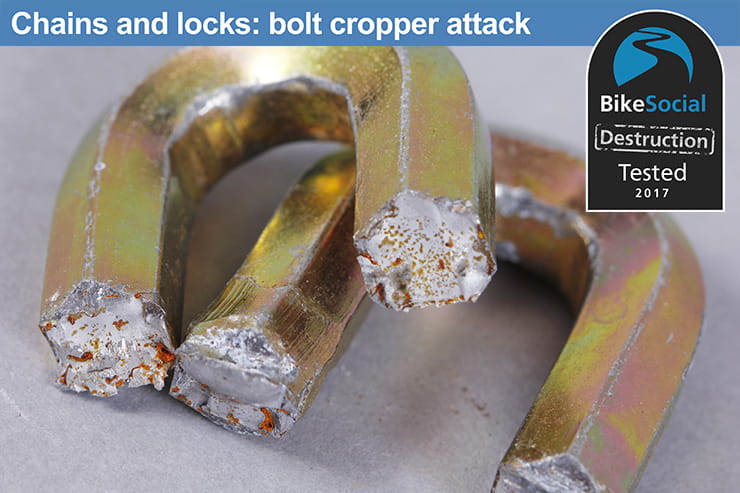 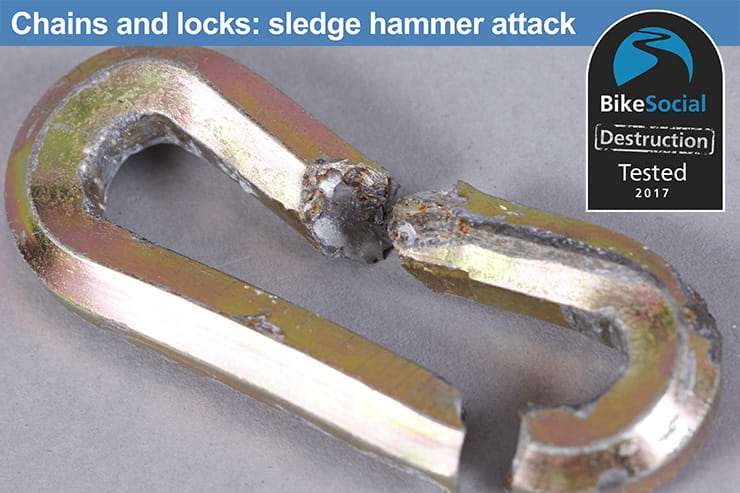 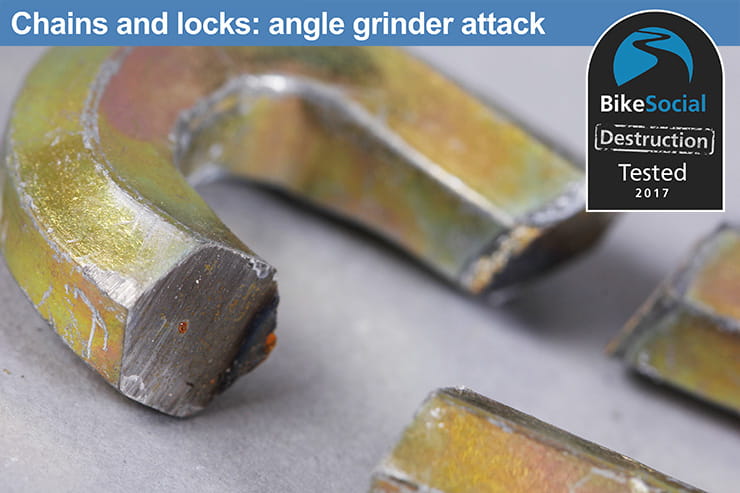 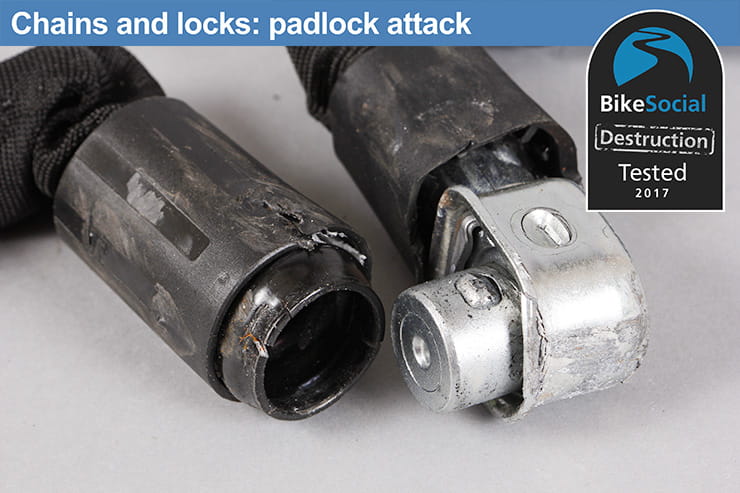 The weakness of the CityChain 1010’s lock body when attacked with a sledge hammer means it’s very important to keep it off the ground, though we strongly recommend this with all locks. The poor bolt cropper resistance means it’s particularly susceptible to a silent attack, and while it’s not the quickest we’ve tested, the angle grinder chewed through it pretty rapidly.

To see the other chains and locks tested by BikeSocial, click here.