Should I use anchor chain to secure my motorcycle? 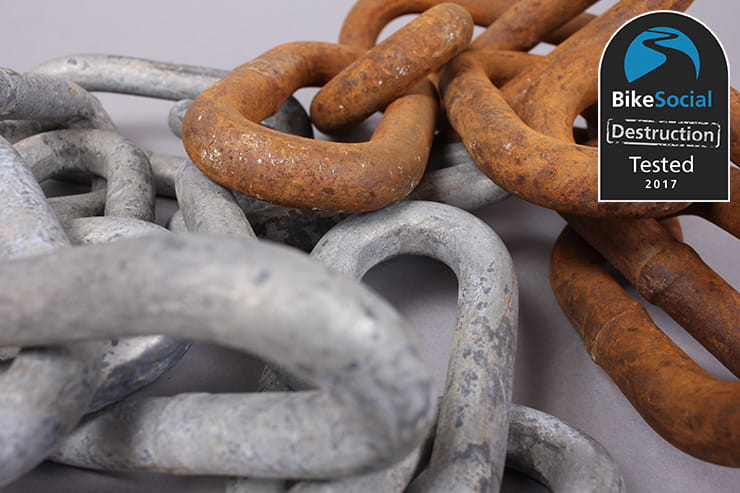 Yes, you absolutely should use anchor chain to secure your bike. Two metres of 13mm long-link galvanised marine anchor chain costs just over £14. The same length of 13mm security chain from Pragmasis for example costs £78.75. Needless to say though, there's a big 'but'...

The anchor chain I bought from Gael Force weighs 3.04kg per metre, while the Pragmasis weighs 3.03kg/m… there’s nothing in it really. The marine chain doesn’t have a sleeve to protect your bike’s paintwork, so you’ll need to pop a length of inner tube or something similar over it, but that’ll add little to nothing to the price. All you’ll need is a decent padlock.

This anchor chain has long links, which are lighter than short links (less metal per metre), and can be passed through any point in the chain, helping you keep it off the ground and making a sledge hammer attack far harder for a crook. But you needn’t worry – because it’s not hardened, anchor chain simply deforms when you hit it with a sledge hammer.

During testing, we managed to smash the Pragmasis chain in three minutes. They were three very noisy minutes of course, we had plenty of space and an anvil, and this is actually a good result for a chain of this size; others in our testing – even much bigger ones – were sometimes broken with just one hit. 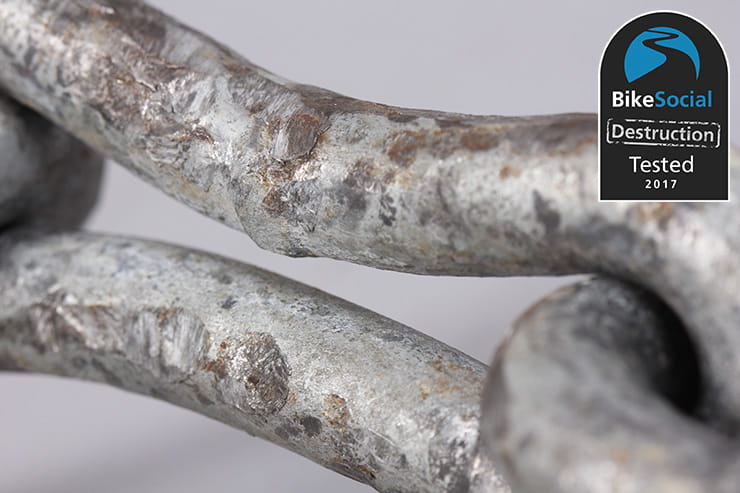 The hardening of a ‘proper’ security chain is what can make it brittle and susceptible to a sledge hammer attack. It’s unlikely that a crook will try to pinch your bike this way, as it’s difficult and extremely noisy, so in practice, as long as a chain can resist a good few blows, a crook probably won’t break it with a hammer. Many of those in our testing though combined quality hardening with enough ductility to resist the hammer blows.

Hardening is important, and it’s the reason why anchor chain is okay if it’s all you can afford – with seven out of ten bikes not locked at all, any deterrent is worth having – but should only be used if you really can’t stretch to a quality product that’s been carefully case- and through-hardened to offer the very best security possible for its weight and your money. 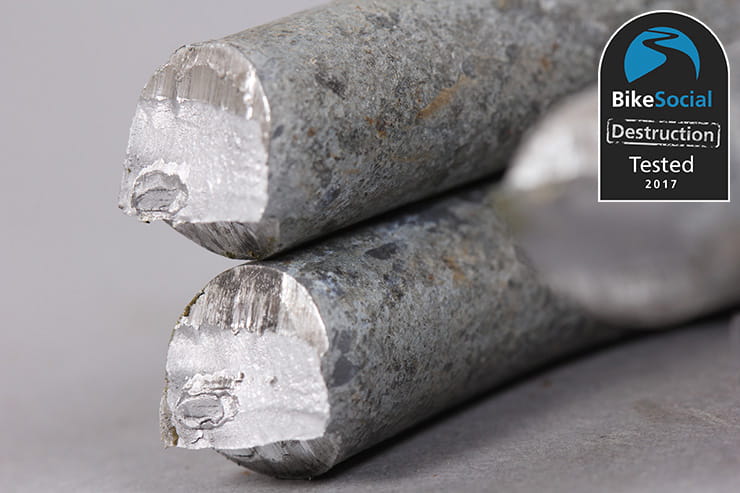 Still using the Pragmasis 13mm as an example (click here to read the full report), when tested we were unable to cut through it with a set of 42” bolt croppers. This is a silent attack, so often favoured by crooks who, contrary to what social media would have you believe, generally want to avoid confrontation. Those same bolt croppers chewed through the anchor chain in a total of just over eight seconds.

Videos shared on Facebook show criminals threatening bystanders while their accomplices use an angle grinder to slash through a chain. Fortunately, this isn’t as common as you might think, partly due to it being a far more serious offence than ‘only’ pinching your pride and joy. But it does happen.

The speed of this noisy and highly conspicuous attack varies greatly depending on the power of the battery-operated grinder being used, as well as the diameter and thickness of the cutting disc. For out tests, we use a fast and torquey mains-powered grinder for consistency, with 1.2mm discs. We also have plenty of space to work, making this a true worst case scenario.

The Pragmasis chain was cut in 10.1 seconds, the anchor chain in 7.5 seconds. That’s not a big difference, though it is a third longer, which can make a much bigger difference in a real-world theft.

But there’s another side to this… Because anchor chain isn’t hardened, it’s very easy to cut with basic hand tools. While a hacksaw simply skates over the surface of a hardened chain like the Pragmasis, I was able to cut the 13mm anchor chain in seven minutes and 56 seconds. I was panting after it, but with several links between the one I was cutting and the one held in the vice, it was a realistic representation of attacking it on the bike, without damaging my own motorcycle. It’d be very easy to wrap a section of chain tightly around the wheels and against the tyre to limit the chain’s movement while cutting if you didn’t care about a few paint chips. Less than ten minutes of relatively low-risk work for a motorcycle would be pretty appealing to many crooks… 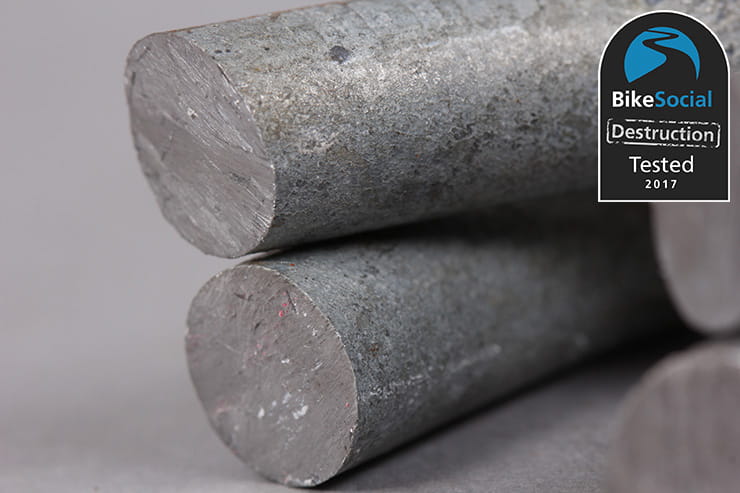 Would you use a chain that can be cut with a hacksaw to secure a briefcase with £10,000 in it?

Going for thicker anchor chain makes it a lot harder to cut with bolt croppers – by the time you get up to around 16mm it’s too hard to hold in the tool’s jaws. With an angle-grinder in our worst-case conditions, it takes about three-quarters of the time to get through compared to a quality security chain – that can be significant in the real world. But it still can’t be broken with a sledge hammer. Even with freeze-spray.

Then we come back to the fact that even thick anchor chain can be cut with a hacksaw. Almost silently.

If you really can’t afford anything more, then securing your bike with anchor chain is definitely a good idea. But for the sake of £65 in the case of the 13mm links, would you want to take the risk?

If you’re looking at thicker chains, the difference between a 16mm ‘self coloured’ (rusty) anchor chain and an equivalent sized Pragmasis, for example, is £93. That’s about five tanks of fuel, but keep in mind that a decent chain will last a lifetime. It’s a fraction of the price of your bike, and definitely worth the investment. Our best advice? Use the best security you can afford, but please use some security…

We’ve tested chains and locks from Abus, Almax, Oxford, Pewag, Pragmasis and Squire, with more to come. Read the reviews and decide what best suits your needs by clicking here.

Can you cut your chain with a hacksaw?