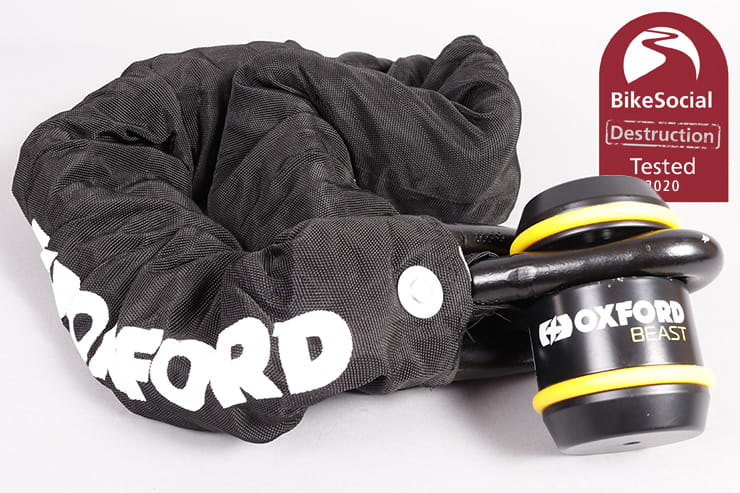 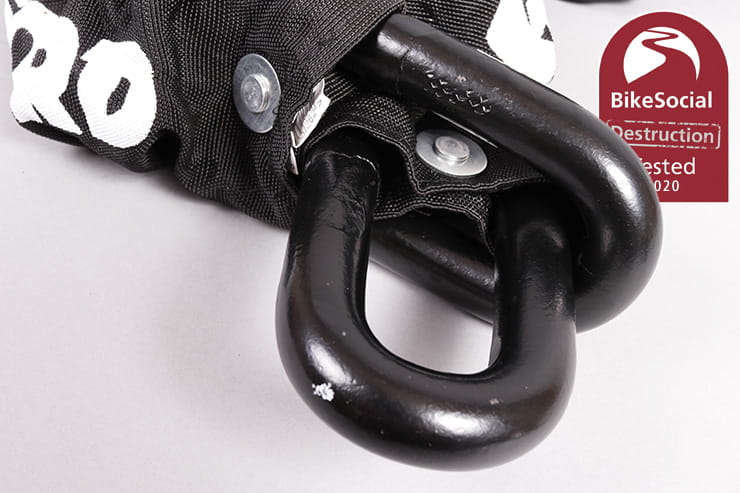 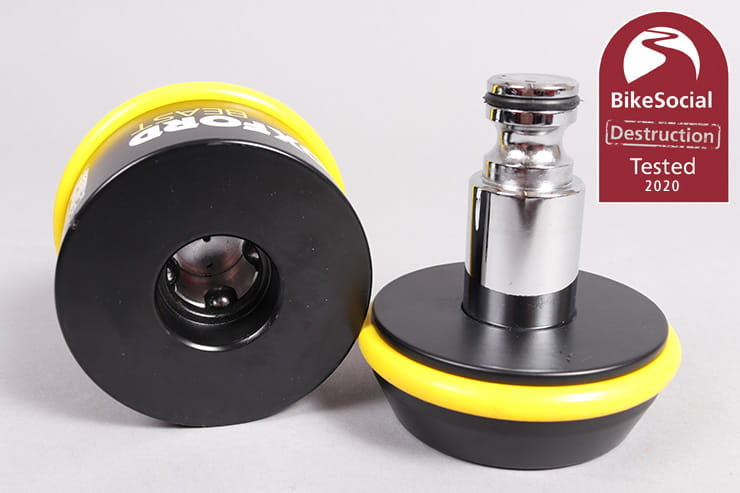 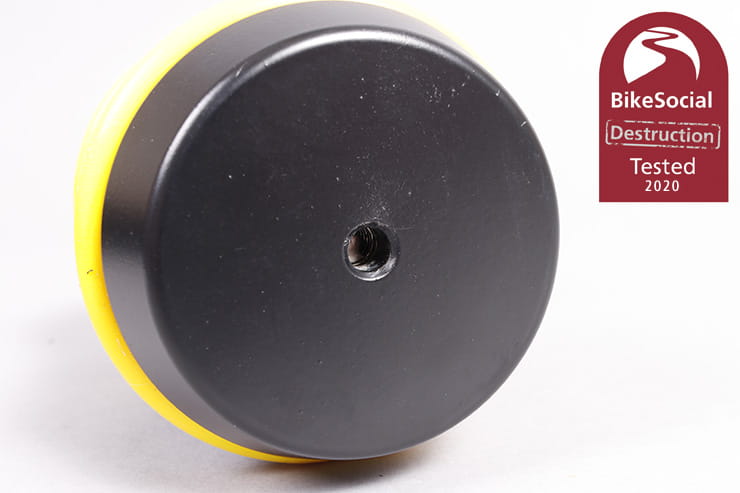 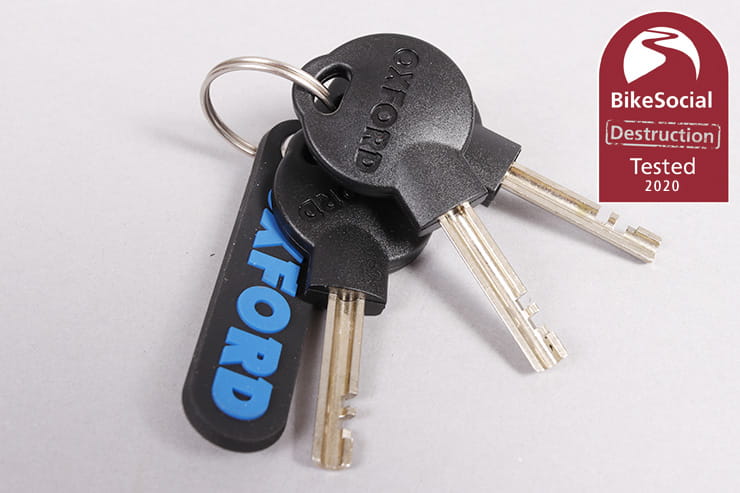 The Oxford Beast on review here is the company’s most heavy-duty chain and lock to date. Both the chain and the lock are individually rated as Sold Secure Diamond – the highest certification available – putting this right up there with the very best, and some of the most expensive, locks on the market.

The chain is covered with a tough fabric sleeve that’s securely rivetted at either end to prevent it riding up and has long links that pass through themselves at the end for locking.

The lock is huge, with rubber bumpers around it and three keys supplied. Replacements are available, and there’s a two-year warranty on the lock. There’s no protective cover for the key barrel, so be careful that dirt and water can’t get in.

The chain is available in 1.5 and 2.0m lengths with the links measuring between 20.0 and 23.2mm in diameter. I’ve tested the 1.5m length (£149.99), which weighs in at a hefty 12.14kg; this isn’t a lock you’ll be carrying around with you, but like others of this size, it’s designed to offer serious security at your place of work or at home. 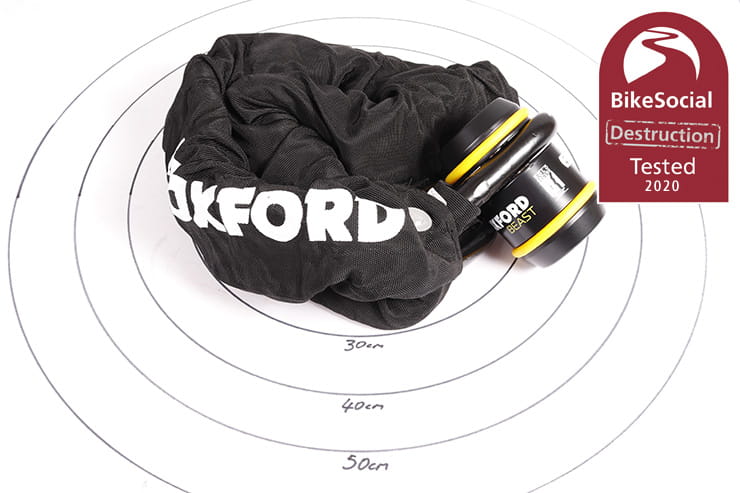 As is to be expected of a chain of this size, bolt croppers wouldn’t touch it. It’s good to also see that, while a sledge-hammer attack is unlikely, I was unable to break this chain, even when using a length of railway track as an anvil and with plenty of time and space.

An angle-grinder is the only real way this chain will be beaten, and cut times are up there with the best we’ve tested. A criminal will make a lot of noise and attract a lot of attention while they’re working on this chain.

The lock couldn’t be beaten with a sledge hammer and anvil, and of course there’s no way to get at it with bolt croppers. I gave up attacking it with an angle-grinder as the chain is the only real way to defeat the package, the locking pin being hidden under the chain.

Ignore talk of picking as this simply isn’t an issue in motorcycle crime, even with the specialist tools that popular YouTubers are helpfully promoting on their channels. 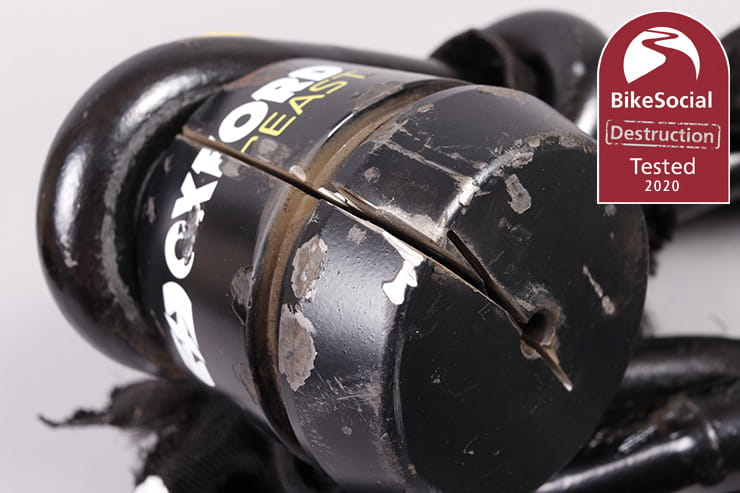 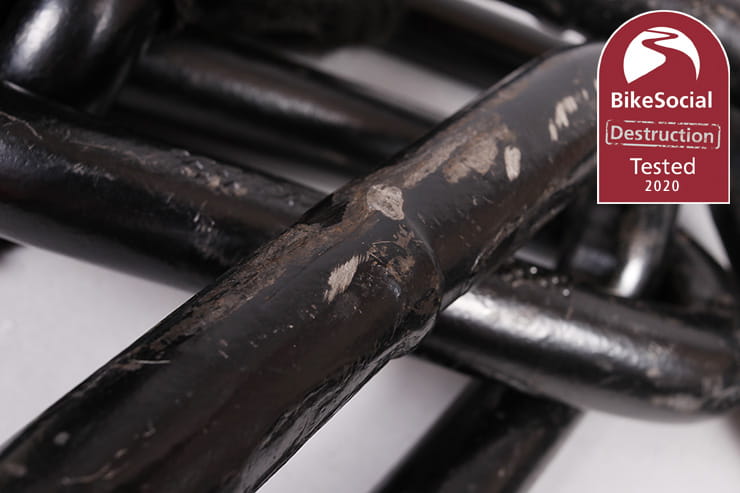 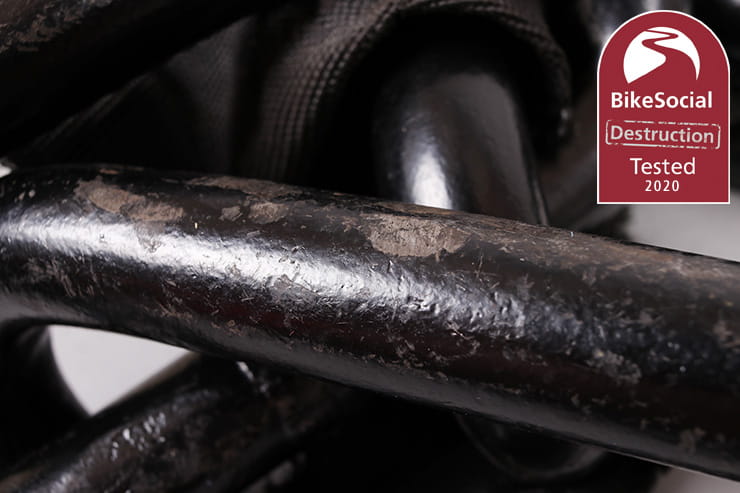 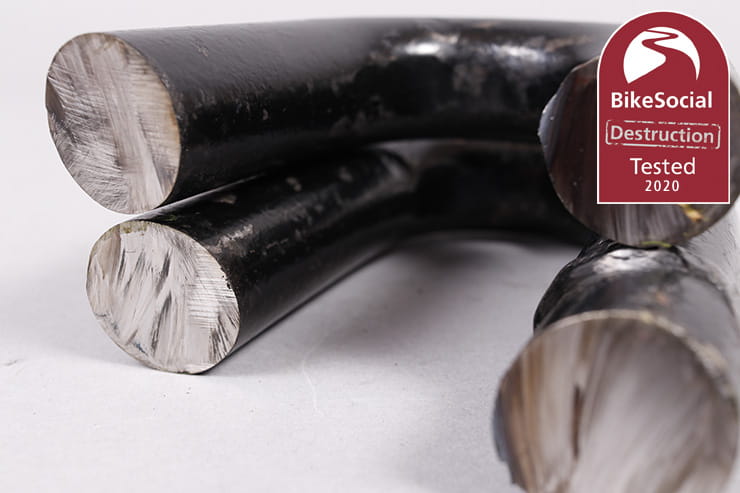 This is a seriously imposing-looking package, and the Oxford Beast backs that up by being up there with the best value chains we’ve tested, as well as being one of the toughest; my only criticism is the lack of weather protection on the lock keyway.

Anything that can be made, can of course be destroyed, but it’s going to take a seriously dedicated thief a lot of time and effort to defeat the Beast.

While we tested the 1.5m length, I’d recommend considering the 2.0m (£214.99 for the chain) as you’ll need to have the bike very close to whatever you’re securing it to. Also remember that not all ground anchors will accept a 22mm chain, but Oxford is offering the new Beast Anchor for £99.99.