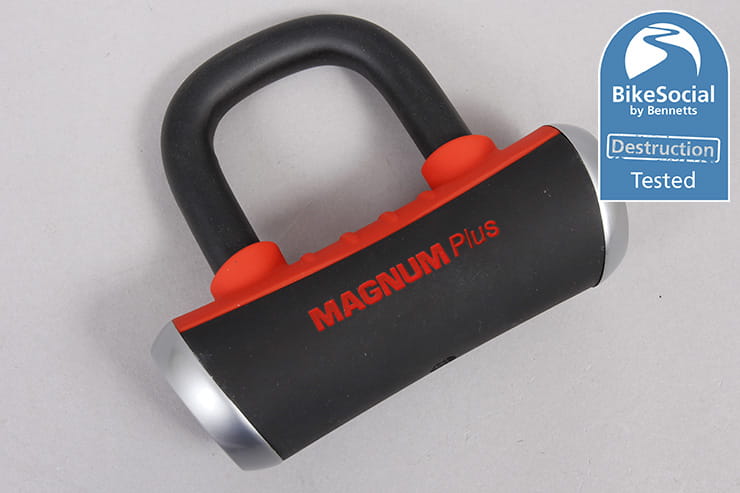 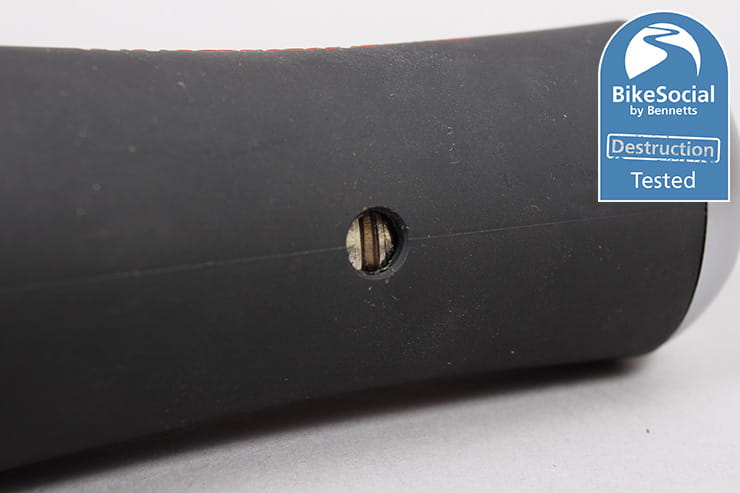 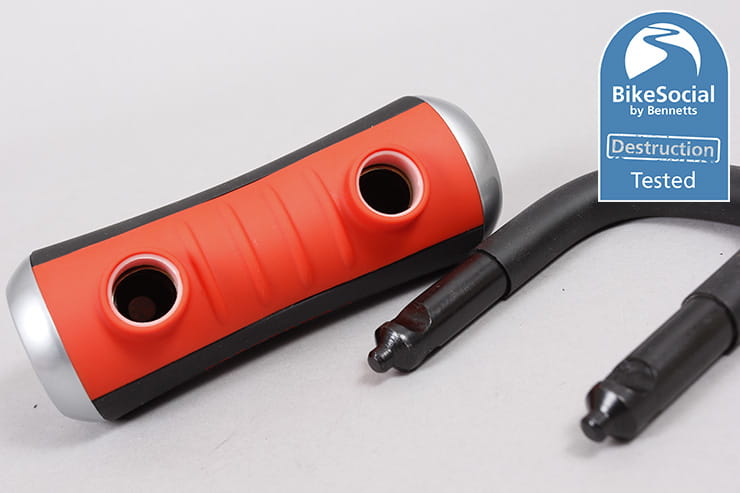 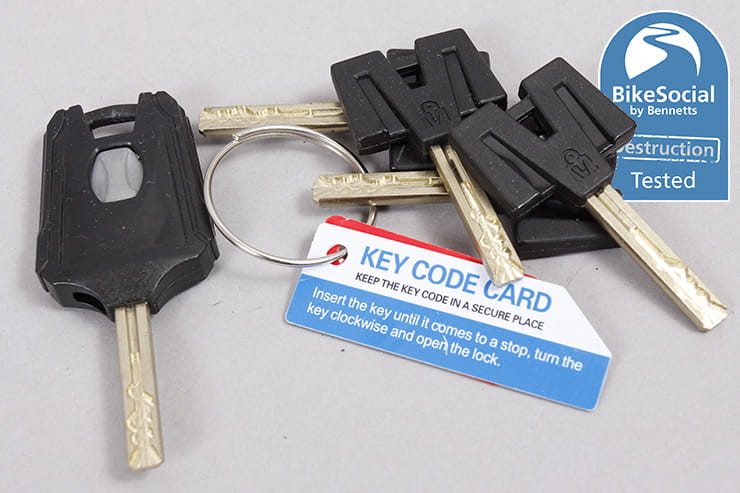 The MagnumPlus Cyclops on review here is a small U-lock (or D-lock as some people call them) that can be used to secure a chain, or as a stand-alone disc-lock.

With a rubbery coating on the shackle and body, it’s only the metal end caps that could mark your bike, and you’d have to be very clumsy for that to happen. The keyway is protected from grime by a metal gate, while five keys are supplied, one of which has a small LED in it.

A coiled reminder cable is included – loop this around the shackle when fitting, then put the other end on your bike’s throttle and it should prevent you riding off with it fitted. It’s also a handy extra warning to would-be thieves.

There’s also a carry pouch with belt-clip, but I strongly recommend you don’t use this as it could cause injury in a crash; the same goes for not putting it in your pocket, despite it being small. 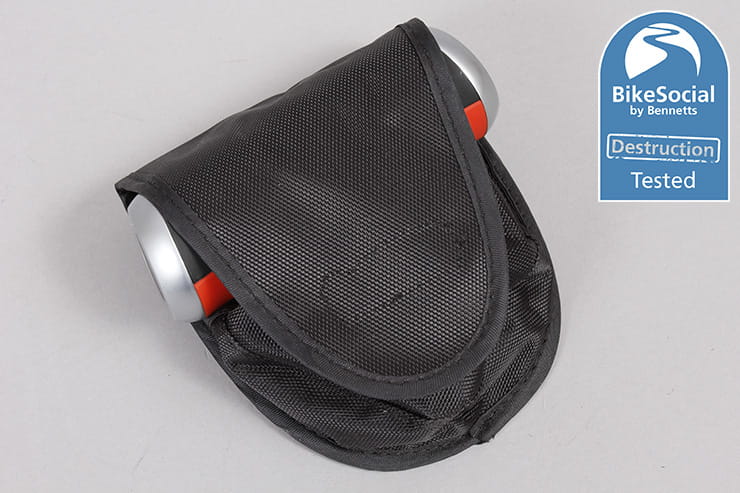 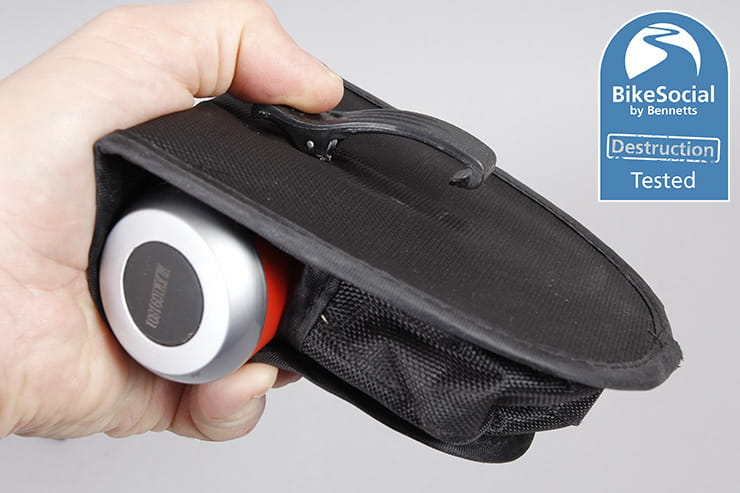 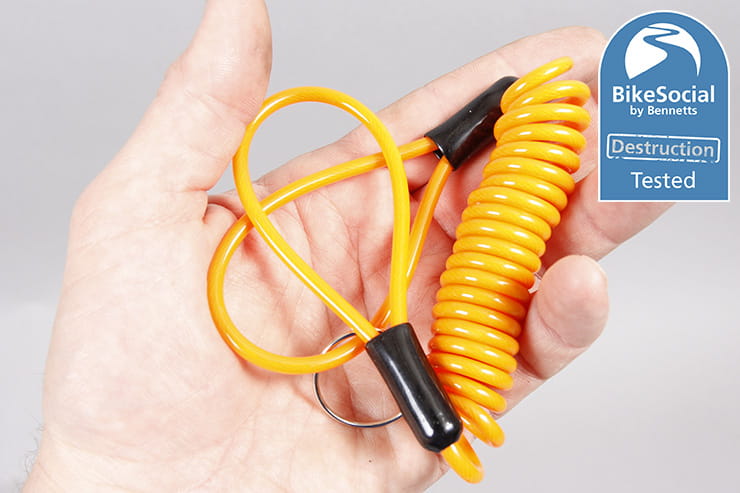 The Cyclops includes £200 excess cover; if you register online your insurance excess could be paid up to the value of £200 in the event of a successful motorcycle theft claim, if the lock was breached. The deal only lasts for 12 months from the date of purchase, and you’ll need to supply the original receipt, at least one original key and the broken remains of the lock itself, so this offer won’t apply if the lock is taken with the bike, or if the chain or brake disc it was attached to were to be cut to remove it. Registration requires specifying the single bike that’s insured, so you’ll not be covered if you use it on another one.

With a Sold Secure rating of Motorcycle Gold, the MagnumPlus Cyclops has been through a series of independent tests, though do always keep in mind that this level doesn’t include an angle-grinder attack. 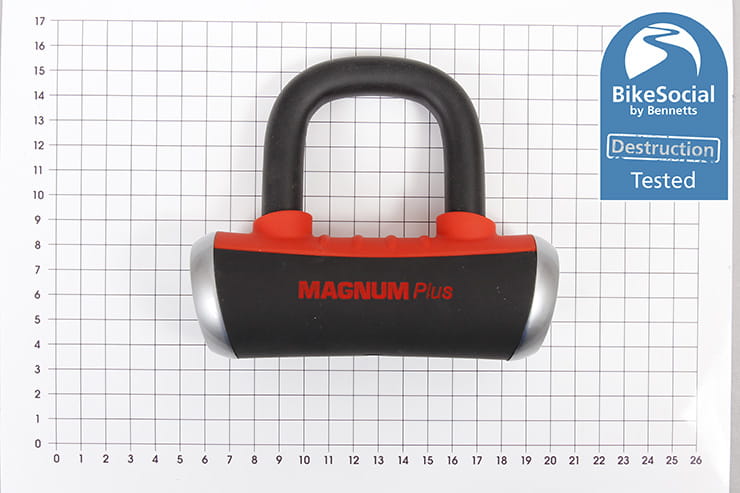 The shackle measures 13.9mm in diameter, with pins going into the base of the lock to reduce the chances of it being pried apart.

The beauty of using a lock like this as a simple disc lock (it probably won’t fit scooter discs) is that it can also be used to secure a chain, making it even better value for money. The 753g lock will fit under a large proportion of bike seats, and will of course tuck in luggage or a tank bag easily.

As the shackle is fully removable, rather than pivoting on one side, it’s very easy to get it onto even fairly awkward brake discs. If you’re using it with a chain, it’s got the capacity to fit pretty much anything, but do of course keep in mind that it won’t offer the same level of protection as the heavier-duty chains intended for home use. 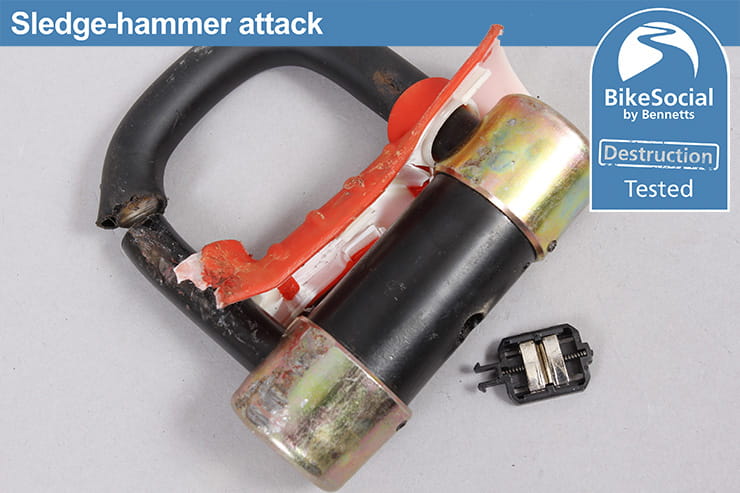 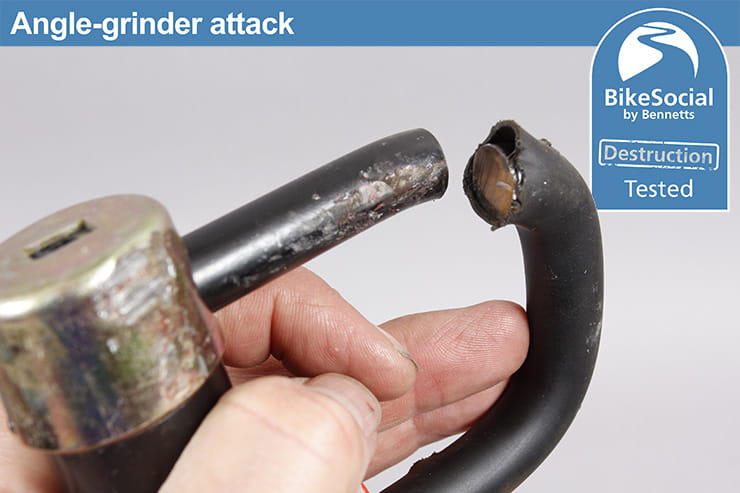 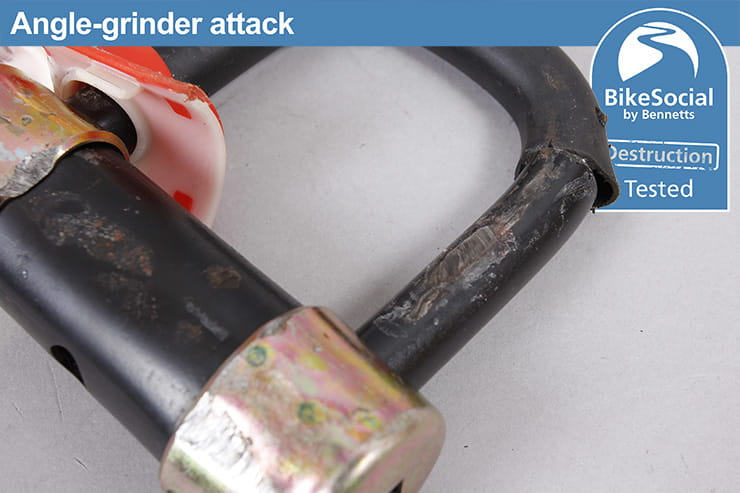 The tough shackle on this lock makes it impossible to cut with bolt-croppers, and I couldn’t get it off the disc using a lump hammer. If it were left on the ground securing a chain, a sledge-hammer attack causes the plastic shell to shatter and the body to deform, but it still remained in one piece.

An angle-grinder is the only practical method of attack, and while noisy, it will get through fairly quickly. The main issue here is that – like some other locks of a similar design – once one side of the shackle is cut, it can swing open enough to slide off the brake disc. If it’s being used to secure a chain, you can just get a 12mm link out of it, though it takes a bit of a jiggle. 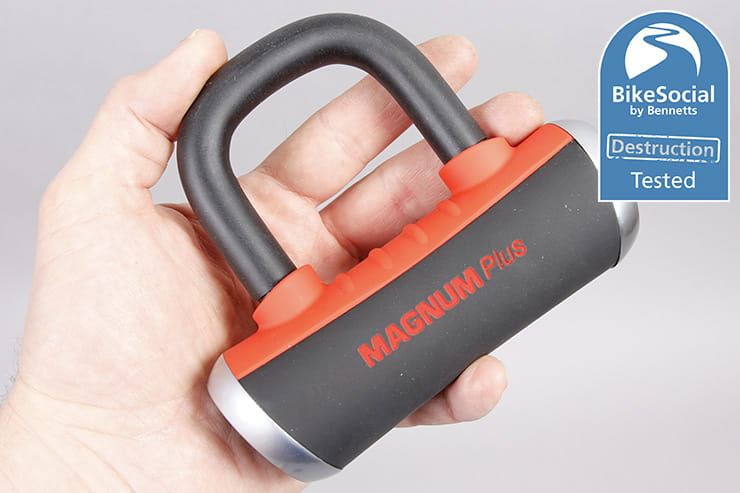 For the price, this isn’t a bad little lock, though some products, like the Squire Eiger Mini, have the edge when it comes to attack resistance.

The angle-grinder attack is a vulnerability simply because on most portable chains it’d be quicker to cut one side of this and slide the chain out than to cut the chain’s links. Larger chains would stay in, but then cutting both sides would still be quicker.

If it’s used as a disc lock it can be removed after one cut, but it’s still a very valuable deterrent, especially as even the toughest and most expensive disc locks are vulnerable to the disc itself being cut, so effectively no more effective.

Any security will significantly reduce the chances of your bike being stolen, as our research shows, so for the price, the MagnumPlus Cyclops is a good way to keep the more opportunist thieves away.

BikeSocial members save 10% at Halfords, bringing the price of this lock down to £36.