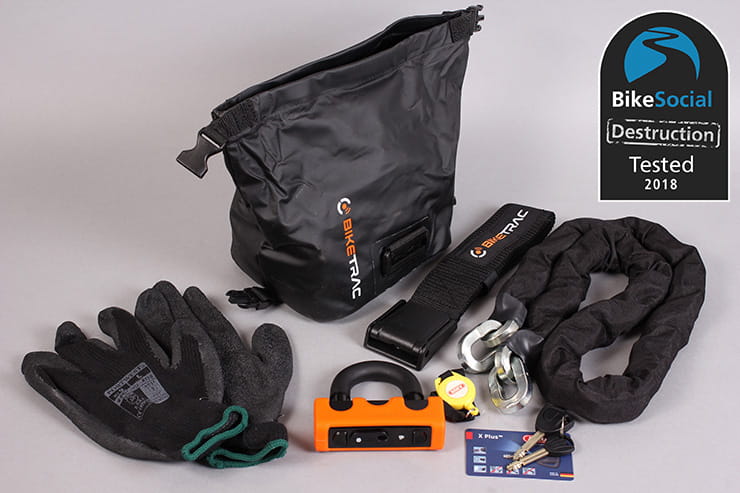 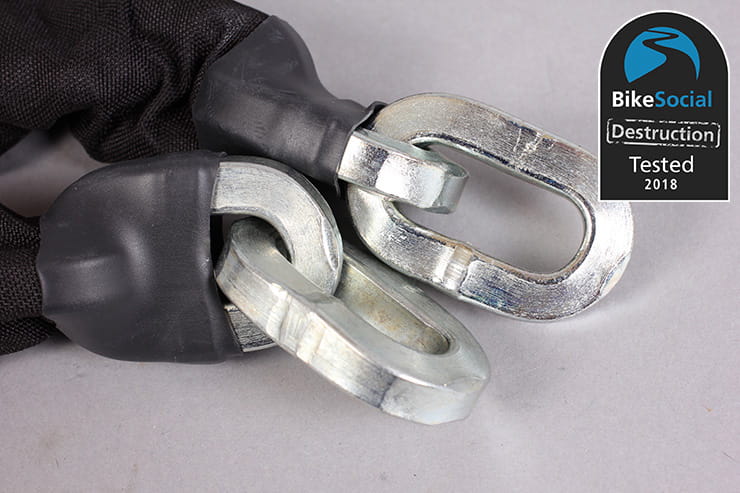 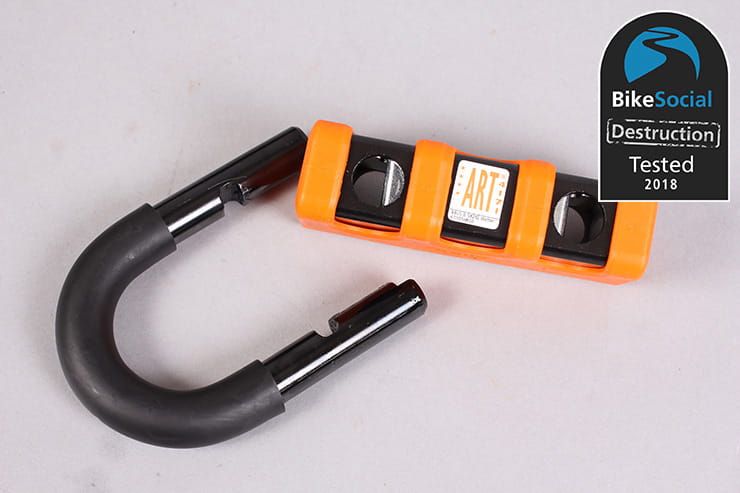 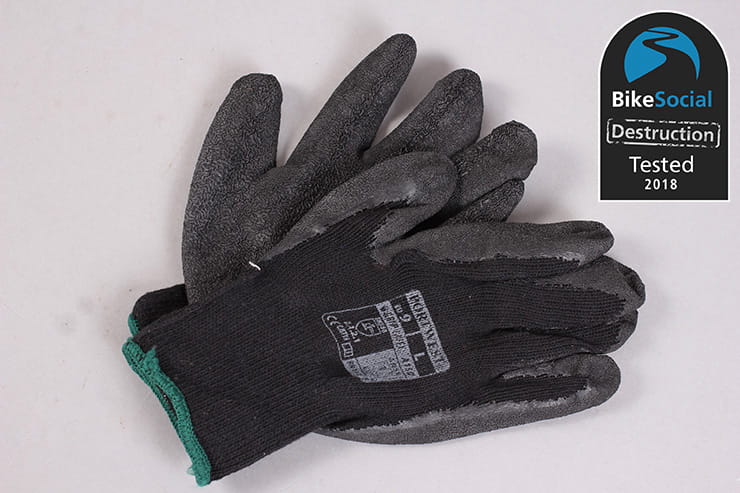 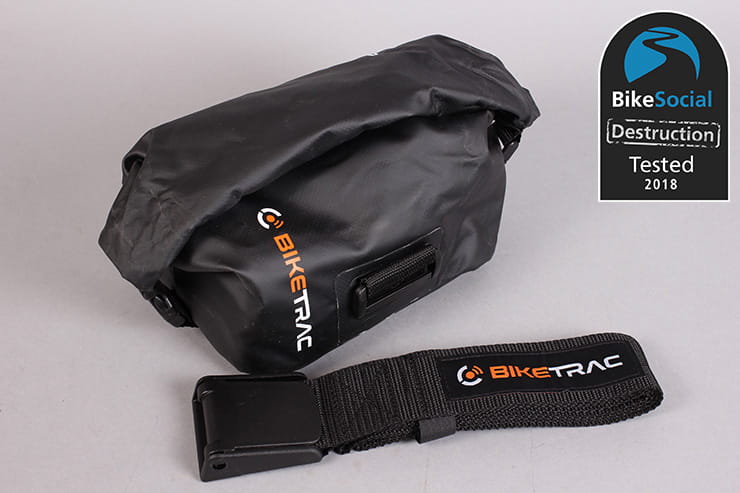 Best known for its trackers, BikeTrac is selling the Grab Bag and Chain as a complete security package for when you’re away from home.

An Abus Granit Power XS67 disc lock comes in a waterproof roll bag, along with a 1.2m (or 1.4m) chain, a disc lock reminder lanyard, a strap to tie the bag to the tail of your motorcycle, and even a pair of gloves to keep your hands clean while securing your motorcycle or scooter.

The lock has a rubbery-covered shackle with a silicone skin over the body, so it shouldn’t damage your bike’s paintwork. The keyway has a rotating cover to keep the muck out, and two keys (one of which is illuminated) are supplied, along with a code card for replacements.

The chain has 10mm square links (average diameter of 9.6-10.0mm), and a fabric sleeve that’s riveted at each end. 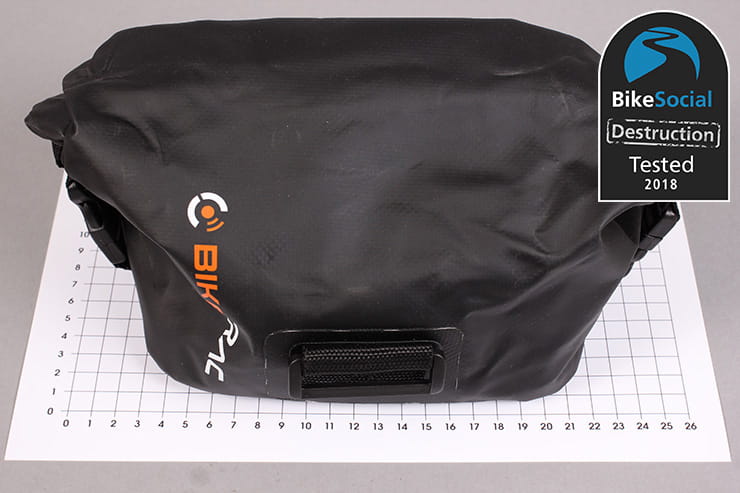 This is a reasonably compact chain and lock, and with the brilliant supplied bag, there’s really little reason not to carry it at all times. The strap passes under your pillion seat, then secures the bag to your machine. Of course, if you have a large enough tail unit, luggage, or you’re using this kit with a scooter that has a boot, you could just throw the lot in there.

Despite its relatively small size, we simply couldn’t cut the BikeTrac chain with 42” bolt croppers – we were bouncing on the tool, but it just pushed the jaws back.

Our mains-powered angle grinder, which is faster than a battery-powered device, cut through the chain in a fairly average time, which is to be expected of 10mm links, and would still be a noisy and attention-grabbing attack.

The chain is quite hard, so using a sledge hammer and an anvil – with plenty of space – it was possible to smash it with just two good hits, so be sure to keep the chain inaccessible. Of course, this is a very noisy and unlikely attack.

This is an extremely tough lock, which has the distinct advantage of doubling as a disc lock. Most motorcycles will be able to use it as such, but many scooters won’t, so in this case it’ll act as a padlock to join the ends of the chain.

With the Abus-made lock attached to a brake disc, we were unable to beat it with a lump hammer. On the ground, with a sledge hammer and anvil, it also could not be defeated, and still worked fine.

42” bolts croppers wouldn’t touch it, so only an angle grinder would be effective; our mains-powered grinder cut through the lock in a slightly longer time than the chain. Both sides of the shackle have to be cut, as it won’t rotate enough to free it from the disk or chain with one cut. 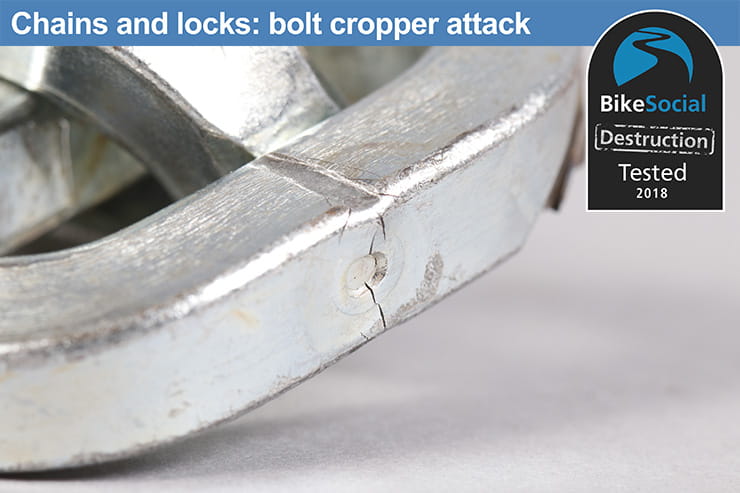 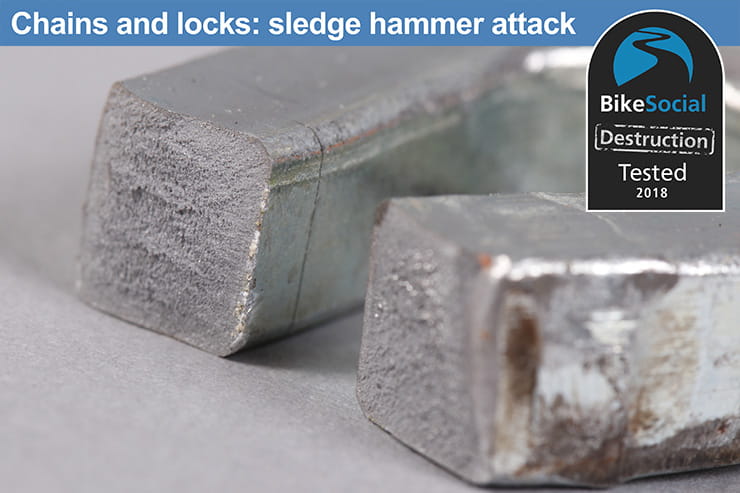 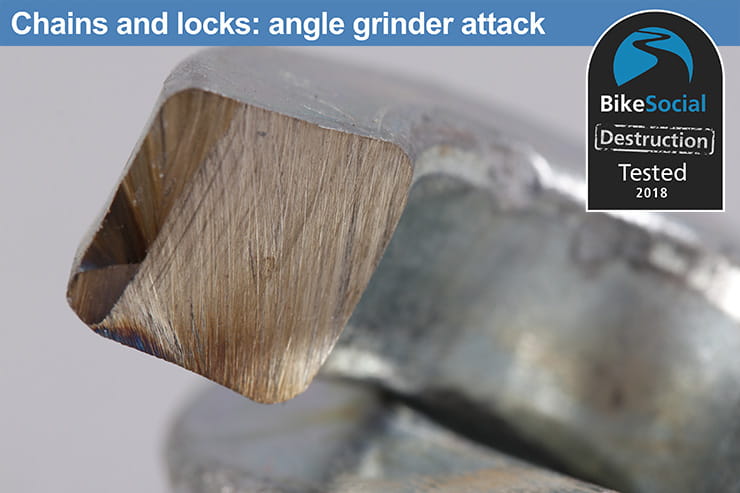 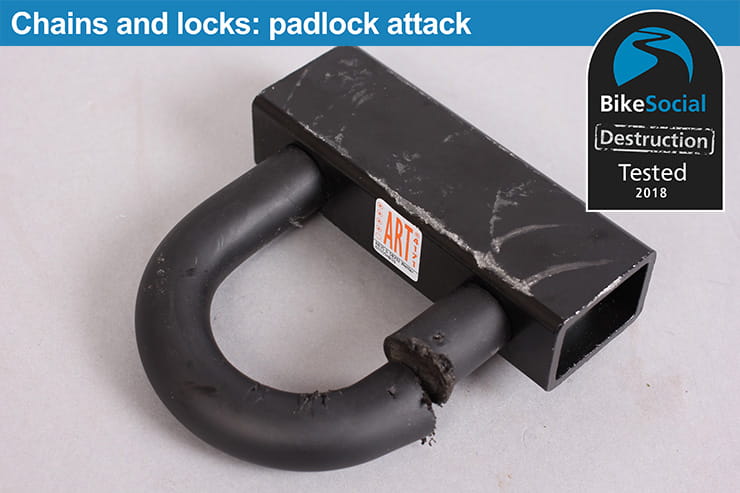 While the sledge hammer attack drags the BikeTrac Gra Bag and Chain down a little, this is a very unlikely attack, and it can be defeated by simply ensuring the chain is kept off the ground by wrapping it around the wheel or the item you’re securing too.

By hardening the chain for a more common form of attack, BikeTrac has made something that offers a good compromise for portable security.

The best way to use this is to pop the lock through your disk (the rear if you can), then slide the chain’s links into the shackle as well, while secure the bike to something solid. This way, even if a thief cuts through the chain, they still can’t push the bike away as the disc lock’s in place.

Nothing will stop the most determined thief, but the Grab Bag and Chain will make your motorcycle (or scooter) far less of an easy target. Combine it with a tracker, and you’ll have the very best chance of recovering your bike should the worst happen.

The BikeTrac Grab Bag and Chain is very easy to carry on any motorcycle, offers great value for money, and can give strong security when parking up for the day.