I've come quite late to the 'Kevlar jeans' party. Most, if not all, of my friends and colleagues use them. The majority of them rarely ride in anything else.

When they first appeared on the scene, I couldn't really see that much point: wearing something that looked and felt like a bike trouser, but that offered less protection – or so I thought – didn't seem very logical. I'd have to take off my jeans to put them on anyway, so what's the point? 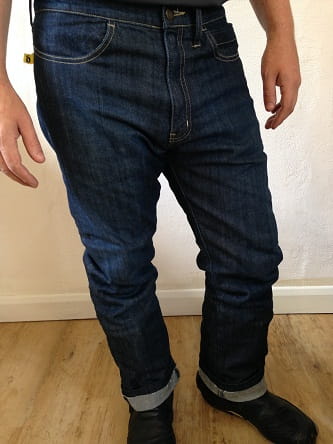 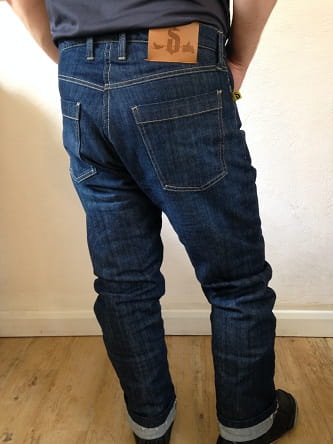 Well the point is that like most of us, I'm guilty of riding in fashion jeans way more than I should do. My justification is that I'll ride more carefully without all the leather and armour on. I suppose there may be some truth in that, but that doesn't account for all the other road users or the numerous other eventualities/situations that can be thrown at you on the road.

The evidence was definitely there that lined riding jeans would quite literally save my arse, so it made sense to jump on the bandwagon.

Draggin pioneered Kevlar-lined biker jeans way back in 1997. Since then their product and range has expanded and developed immeasurably. Next Gen are an older model, but still look fairly up-to-date in terms of the way they look, and there are no unsightly panels or seems where the liner is attached to the outer to give the game away that you're wearing bike gear.

They have a mid-rise waist so there's plenty of room to tuck in a T-shirt or base layer and to keep you covered up when in the crouched riding position.

The legs are a standard straight cut, so there's plenty of room to move - the denim's stretchy too – and they're slightly flared at the bottom so they fit over boots easily; I don't have a problem getting them over the top of my old TCX Gore-Tex race boots.

Draggin are the World’s first preferred licensee for motorcycle garments built with DuPont™ Kevlar® fibre and have used this to develop they're own lining: Roomoto™. Draggin say it's soft, breathable, flexible and non-allergenic and comes with an additional sports liner liner that draws away moisture in summer and keeps the wearer warm in winter.

I certainly can't argue with any of that (aside from the warm in winter bit, I'll let you know when I've used them over the full season), although they did feel a bit thick and heavy when I first put them on, I kind of forgot I was wearing something that was lined after a while.

They're never going to be as light and airy as normal jeans on hot days, but I was impressed at how well they performed on a couple of the really sticky days we had in June; standing/walking in direct sun I did sweat a bit, but as soon as I was on the bike and moving, the moisture disappeared and I was comfy again. It does help insulate you a bit on chilly mornings/evenings too.

Protection-wise, I'm happy to say I haven't tested that out yet and hopefully never will, but Draggin have performed very well in independent tests, with abrasion times bettering plenty of other makes, textile alternatives and even some leather trousers, so I can rest easy. I also had CE-approved knee armour supplied with mine, for a bit of impact protection. Hip armour can be fitted too.

Overall, I'm super impressed. Comfy, stylish and much, much safer than 501s.