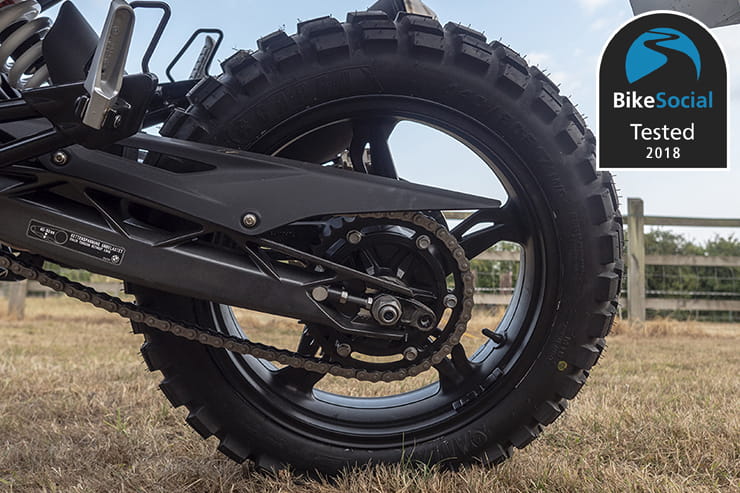 I’m typically a road rider – my off-tarmac skills are severely limited – but when I tackled two days of green lanes with my long-term-test BMW G310GS and some pro enduro riders, I had to swap the standard-fit Metzeler Tourances for something with more grip in the mud.

While the Tourance is a dual-purpose tyre, on anything wet it simply doesn’t have the deep tread needed to really bite, so the Anlas Capra X seemed a good option…

Clearly designed for more than I’ll throw at the them, the rear Capra X has an aramid construction that’s designed to withstand harder terrain – it’s no good dropping down over rocks, only to have the tyre deform too far, especially at slightly reduced pressures.

The blocky tread pattern isn’t as aggressive as a full-on motocross tyre for instance, but while the Capra X is described as a dual-sport tyre, you do need to be tackling plenty of off-road sections to really get the most out of them. If all you’re going to ride is fire trails and dry byways, something like the Capra R would be more suitable. 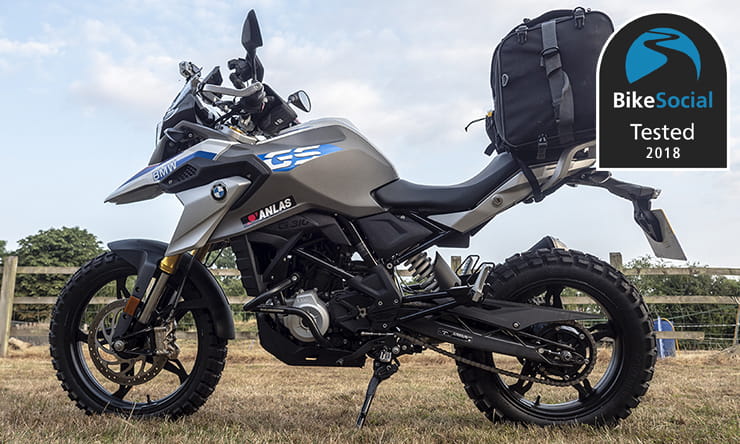 Anlas Capra X on the road

When I first fitted these tyres, I set them to the standard BMW pressures – 27psi on the front and 29psi on the rear. First impressions were that the bike was more reluctant to turn, but at speed the bars felt lighter – nudge them and they’d wobble, but not start slapping.

The Anlas weren’t noisy, but I could feel the blocky tread move slightly as I tipped the bike in. After following the recommendation of Rally Raid’s John Mitchinson to drop the pressures to 24psi front and rear, they felt a lot better – far less twitchy, and as John explained, being cross-plies they benefit from lower pressures as they need to be able to flex in order to absorb shocks off-road and offer an increased contact patch (radial tyres are more reliant on the correct pressure in order to maintain their contact patch).

The Capra X rubber really shines off-road, the deep tread pattern digging into loose soil and mud. Sadly they’ve not turned me into some kind of off-road hero; on the sand – which requires the power to be kept on to keep the weight off the front – and in really wet mud the bike was still moving around a lot, but I wouldn’t have wanted to be in those situations with anything less.

The BMW G310GS I’ve been using these on isn’t the most powerful beast, so the tyres weren’t put under any real strain; I certainly wasn’t struggling to put the power down, but while there’s more off-road-focussed rubber, these seem to offer a strong compromise in to tackle any surface. 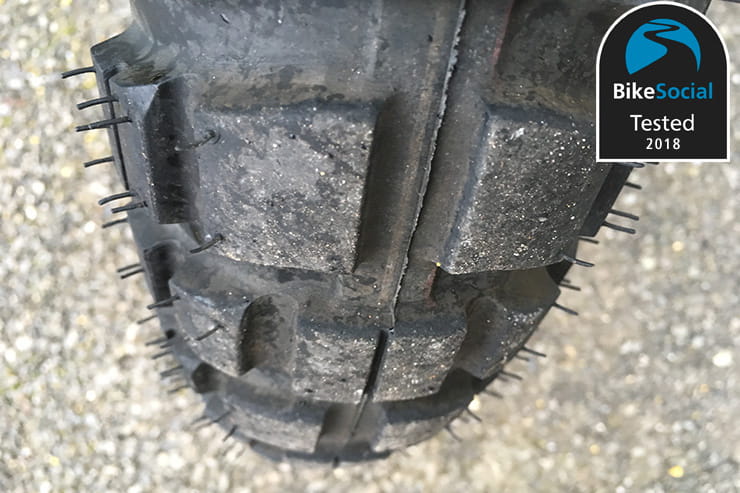 Anlas Capra X in the wet

The tread design sees a channel running all the way through the centre of the front and rear tyres, so water can more easily be cleared – I’ve had no serious complaints in the rain, and have only triggered the little BMW’s ABS a couple of times when braking hard with rain on the road.

As a road rider, my confidence naturally dropped when fitting these tyres – there’s less rubber on the road than with tarmac-biased hoops, but once I’d got more used to them (and reduced the pressures), I could almost forget they were there. Certainly, on a 150mile blast to Motorcycle Live and back in the rain, I didn’t worry whether I had the throttle to the stop on the motorway, or was cutting between the queues of cars in rush-hour. Having said that, I’m not as confident in chucking the bike on its side in the dry, but I’ve not had any slides, or felt the front tuck. 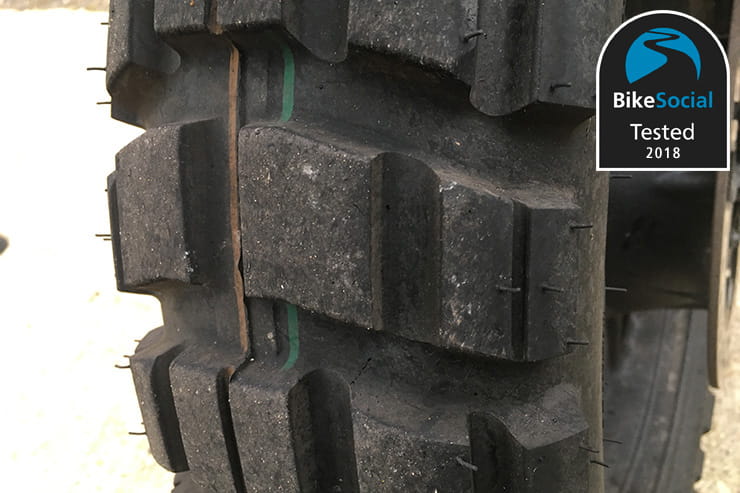 How long do the Anlas Capra X last?

I had these Capra Xs fitted for just under 1,000 miles, around 300 of which were off-road. While the blocks still had a good edge and plenty of depth – not to mention many of the rubber hairs still on the sides – this isn’t a useful assessment of the wear characteristics – unfortunately the bike had to be returned to BMW before I could put any more miles on them.

Jools Moore, a chef living in London who writes the blog ridewithjools.com, is a far more capable off-road rider than I am, and had the Capra Xs on his BMW R1200GS – he saw about 5,000 miles from the rear and 6,500 from the front, though is keen to stress that he rides quite hard, and that other people could well see more miles.

Be honest about what surfaces you’ll be riding – if you’re mainly going to be on the road, and rarely tackle some easy trails, a more tarmac-focussed tyre is going to be fine. But if you do like to explore further afield, and want the grip to get you through wet and loose surfaces, the Capra Xs find an excellent balance between road and off-road performance.