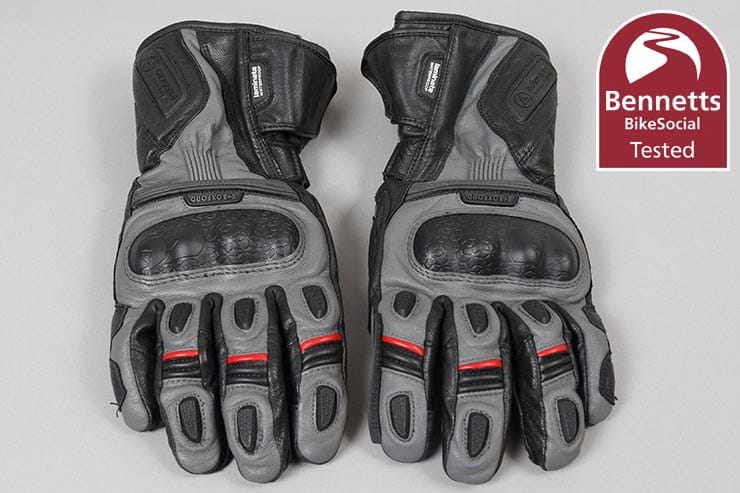 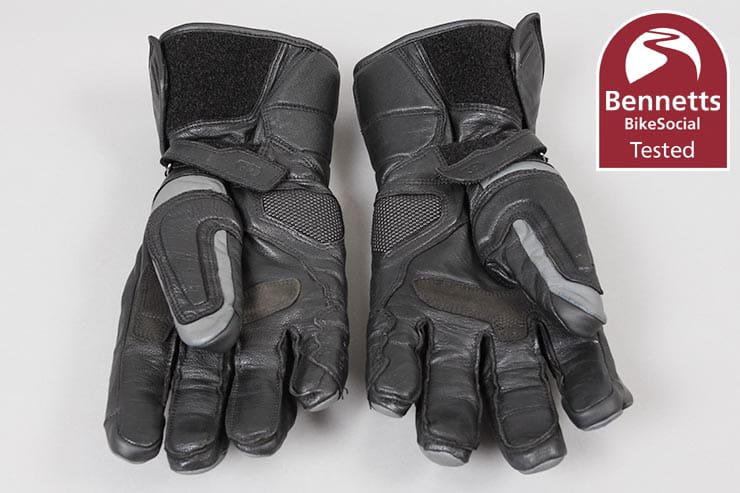 The Oxford Mondial waterproof gloves on review here have a laminated waterproof membrane that promises to suit all-season riders.

Using the same laminate construction as seen in Oxford’s Mondial textile jacket and trousers, they’re available in a short cuff, or the long cuff on test here.

I’ve been using these gloves for the past ten months in all weathers on everything from a Honda MSX125 to a BMW S1000XR, Kawasaki Versys 1000 and a Royal Enfield Interceptor 650 to find out if they’re any good… 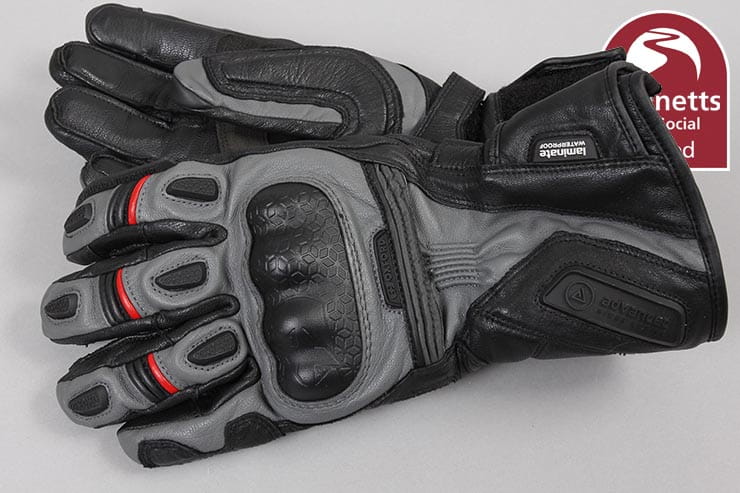 While Oxford describes these as being ‘all-season’ gloves, I’d limit that to two seasons. Maybe two and a half. They’re great for a lot of spring and autumn, as well as some of the summer; you could wear these instead of ‘normal’ summer gloves, but they are too hot for use on sunny days.

The Mondials don’t have the bulk of a winter glove, and that’s a good thing – while not as thin as summer gloves, there’s very little to dull the feeling through the bars.

Fit is of course very subjective, so try anything on before you buy, but these are my usual size Large, and while I did find them a little snug at first, they fit well, if having a bit of slack in the ends of little fingers.

Laminating the waterproof material to the outer shell does make these feel a little stiffer than a typical summer glove, but there’s always going to be some compromises to be made. 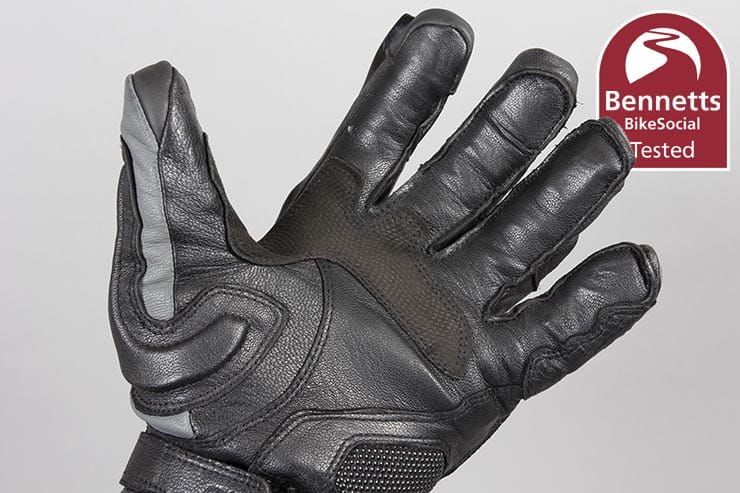 Apparently the Oxford Mondials are touchscreen compatible, but I can’t get them to play nicely with my Samsung Galaxy S10 or an iPad.

To be honest, few gloves work well enough to navigate the small controls on a phone while riding – it’s why I still prefer a sat-nav for reliable navigation – but on this pair at least, I’m having no joy at all.

Warm and cold weather use

In the peak of summer, these gloves will be too hot. Equally, when temperatures really start to drop, they’ll be too cold. But for everything in between they’re great. Wet days – or dry days when there’s a chill in the air – are when the Mondial gloves really excel, and I’ve found myself wearing them a lot over the past year. 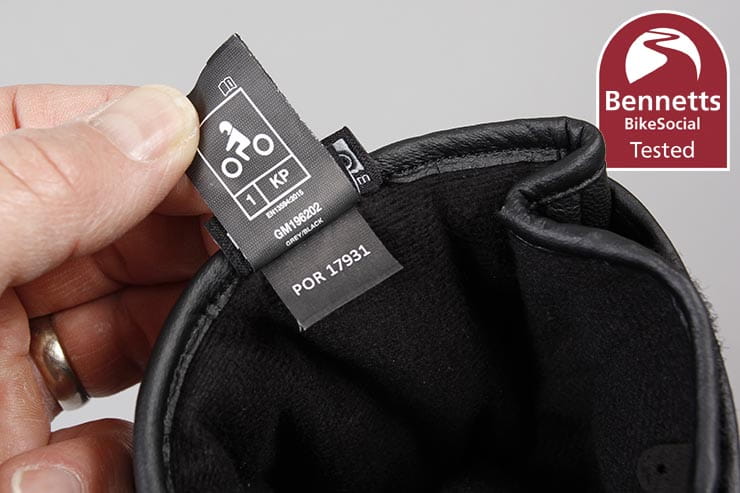 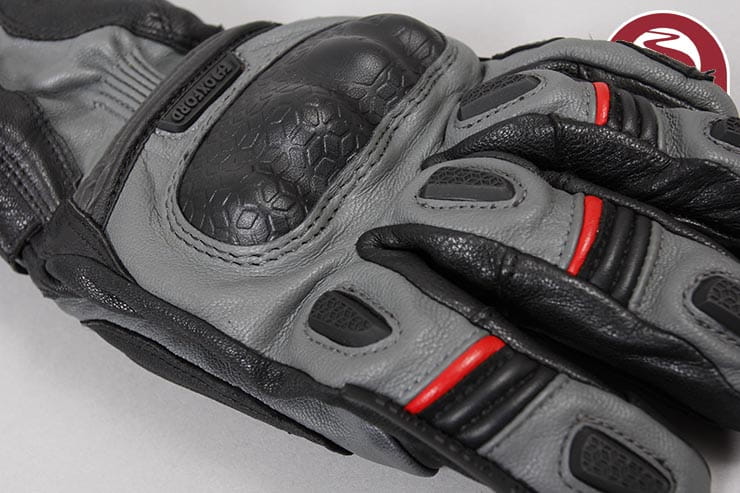 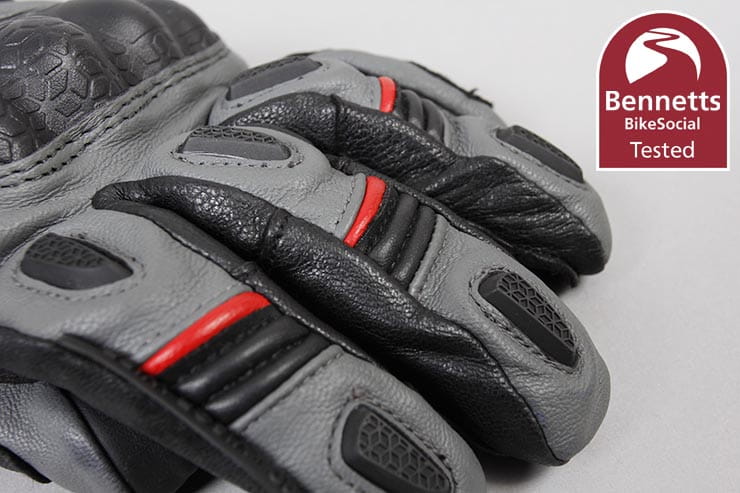 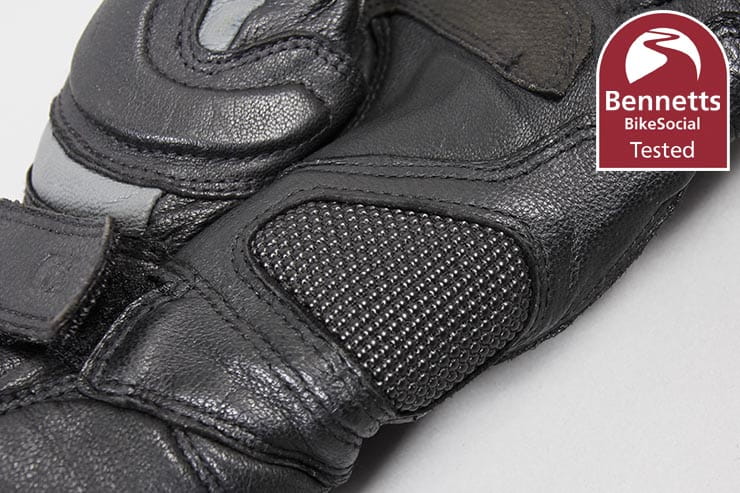 CE-approved to EN13594:2015 (as all bike gloves must be), the Oxford Mondial’s polyurethane knuckle protector is rated as protective armour, and there are additional small pads on the fingers, as well as reinforcement in the palms, a slider patch to help protect the scaphoid, and additional layering on the outsides of the little fingers and thumbs. The stretch panel below the knuckle protectors also feature a reflective finish. 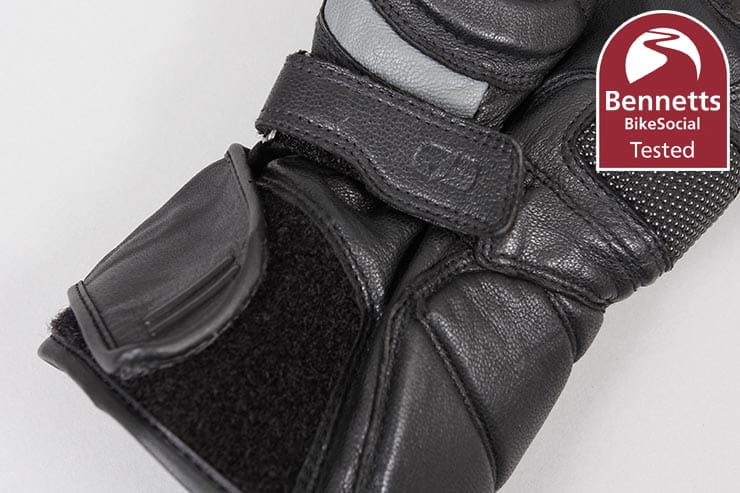 The wrist restraint works well, preventing the gloves from being pulled off in a slide; while I’d have liked a little more loop showing to fasten the hook-equipped tab to, it’s great to see it flared to prevent it pulling out while you pop the gloves on (that really annoys me on others).

The cuff has a good-sized hook and loop panel that allows you to cinch it down tightly. 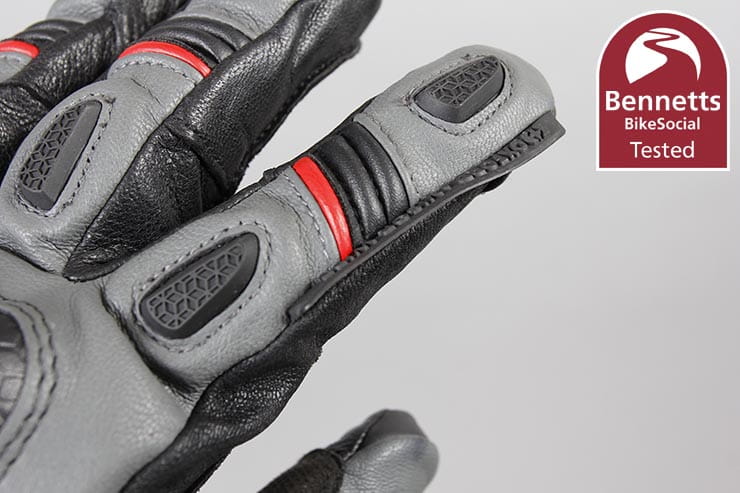 Even during a solid hour’s ride in a real downpour, these gloves kept my hands completely dry – the laminated waterproof lining clearly works well.

Thanks to the slim design of the cuffs, it’s pretty easy to get these gloves under almost any jacket’s sleeve. This is the best way to wear them during the rain as it stops the water running down your arms and wicking into the gloves.

If you want to wear them on the outside you can, though the cuffs don’t have a huge opening, so do check the fit with your jacket. They’re also not the longest of cuffs, so if your sleeves tend to pull up the arm a bit, you might find it harder to get a good seal. 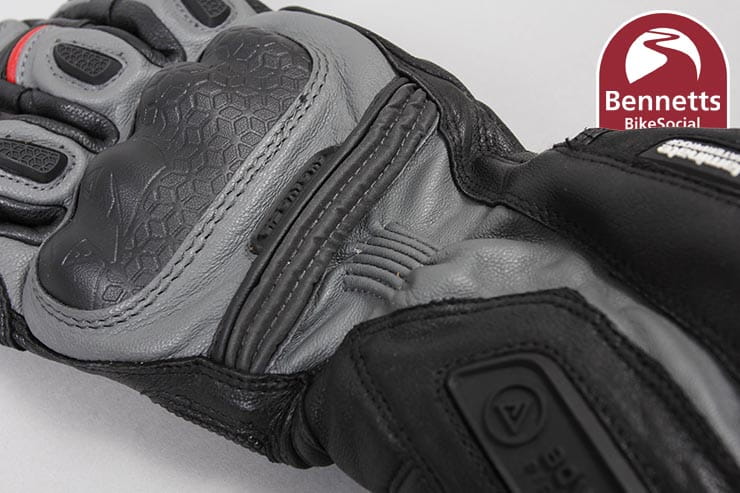 The Oxford Mondial Gloves have ‘mcFit’ technology, which sees the lining fixed to the outer with adhesive strips, rather than small stitches. This is said to give a better fit, more comfort, and to not compromise the integrity of the waterproof membrane.

In practice, while I certainly can’t feel the fixings, it doesn’t appear to be much more of a secure way of fixing the lining.

I was excited to use these laminated gloves as I really hate the fact that wet hands can pull the lining out of many products unless you really take care, leaving you desperately trying to prod the fingers back in with a pen while you’re soaking in a petrol station forecourt. The lamination does only apply to the waterproof membrane though – the soft fabric liner is bonded only at the finger-tips, and sewn in at the cuff.

There’s a reason for this – for every layer that’s laminated to the outer shell, the garment gets stiffer, which can be particularly noticeable in gloves. By allowing the liner to ‘float’, Oxford has made these far more comfortable than they could have been, but it does mean that you have to take care when taking them off, particularly if your hands are damp.

I’ve had the thumb pull out of the right-hand glove, but the other nine digits are all still fine. It’s poked back in okay, but just make sure – as with many gloves – that you grip the ends of the fingers and thumbs as you pull these off. 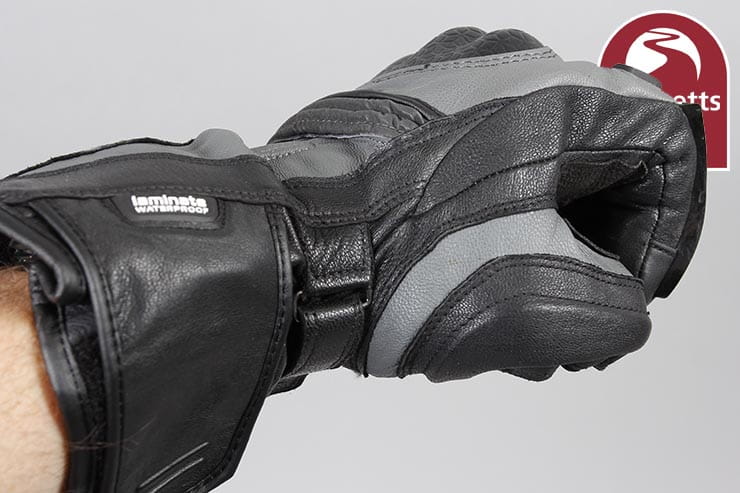 These gloves won’t replace summer or winter gloves, but for rainy days – especially in spring and autumn – they strike a good balance between giving decent protection from the rain and wind, while not getting too hot and bulky.

I do have some reservations, but the Oxford Mondial gloves have proven really useful right up until the point when my heated vest came out. They’re not cheap, but despite the issue with the thumb, they’ve worn much better than the £169.99 Alpine Stars Patrons, and will be on my hands for plenty of next year too…

Do you have a pair of these gloves? Email us at enquiries@bikesocial.co.uk to tell everyone what you think of them…