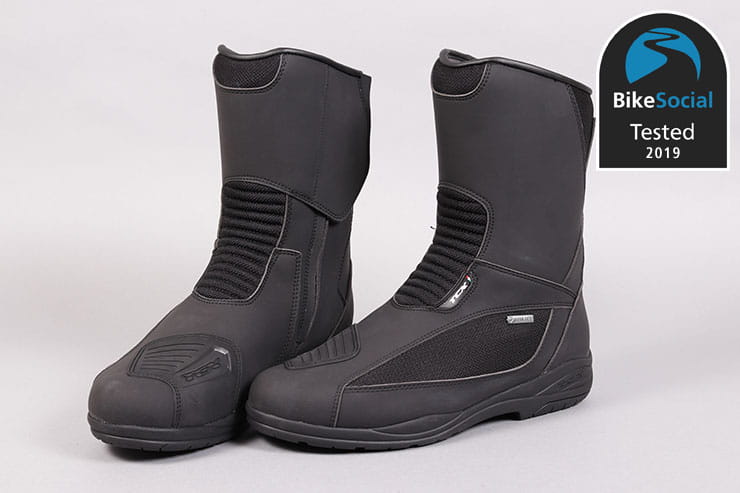 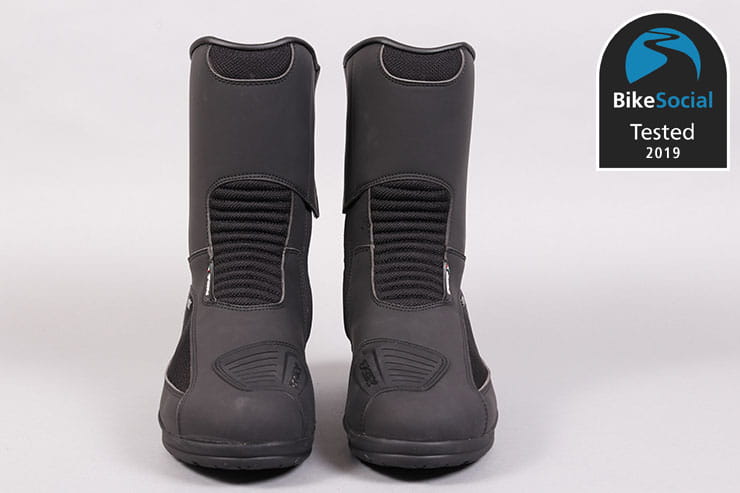 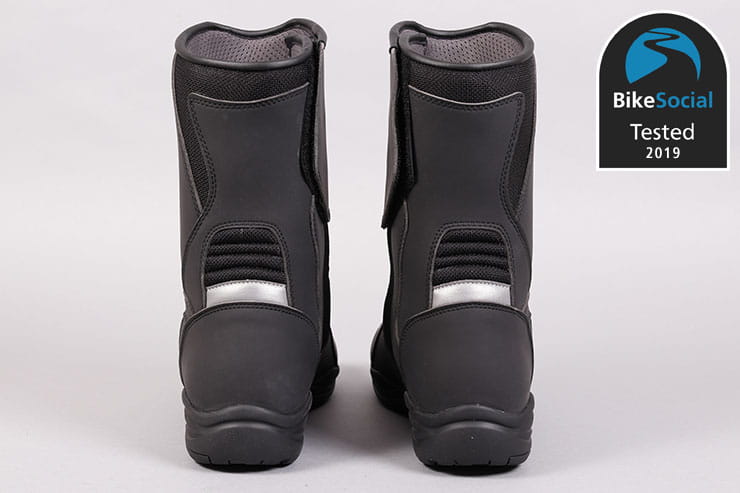 I’ve been wearing these TCX Explorer Evo GTX motorcycle boots for just two months, but in that time I’ve covered around 3,000 miles, in temperatures as low as -1°C, and through more rain than I care for.

I needed a pair of boots that were suitable for riding a range of bikes, as I was leading the test rides at Motorcycle Live on everything from the Honda X ADV to the Fireblade, along with adventure and naked bikes from KTM, the Triumph range, cruisers from Indian and plus pretty much everything else in between.

The uppers of these CE-approved boots are made from microfibre and a wear-resistant mesh, with a Gore-Tex lining and reinforced shin plate, toe and heel area. There’s reinforcing around the ankles and a double-stitched gear shift pad on both boots, with a reflective strip on the rear.

I’ve been particularly impressed that the left boot has stood up so well – it hasn’t marked, despite muscle memory making my foot fumble around for side stands on a variety of unfamiliar bikes. They also have a nice low profile at the front so are really easy to get underneath gear selectors. 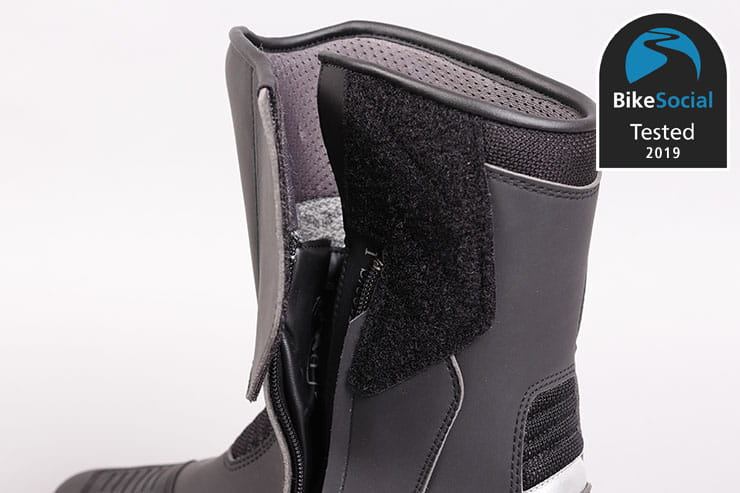 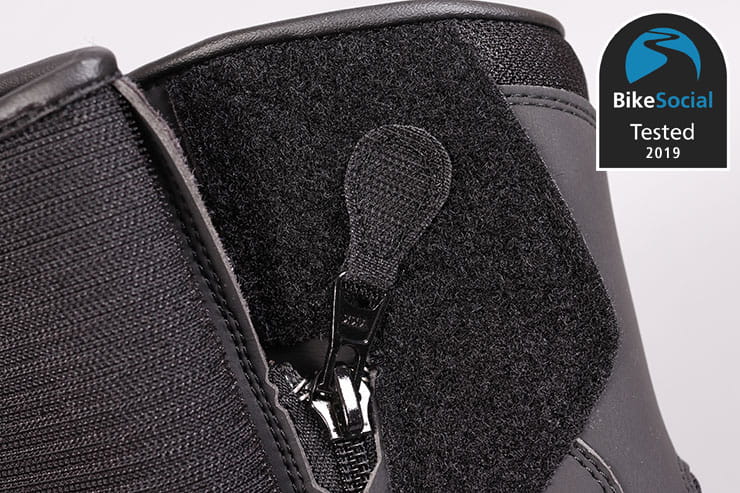 The boots are zipped up by a single YKK zip on the inside edge of the boot. The zip is then covered near the top by a large flap, and it’s all held together by really strong Velcro. The zip toggle is also made of Velcro, which holds everything nicely in place.

I Put these boots on for the first time at Motorcycle Live, and during the show rode about 400 miles, and walked an amazing 22 miles, wearing them for around 11-12 hours a day; with no sore feet, I wasn’t left desperate to get them off at the end of the day, and that has been the trend ever since. I did get a small rub around my leg on one day, but I think that was down to me walking too much, as it hasn’t re-appeared.

Day to day I ride one bike into work, then a touring bike or a sports bike during the day, plus I have to sit at a desk as well, so I need a boot that will be comfortable in all these conditions. The TCX Explorers fit the bill; jumping from an Africa twin onto a Fireblade or an R1200RT was easy, and I felt that there was plenty of feel for the rear brake lever and gear selector straight from the first day of wear. 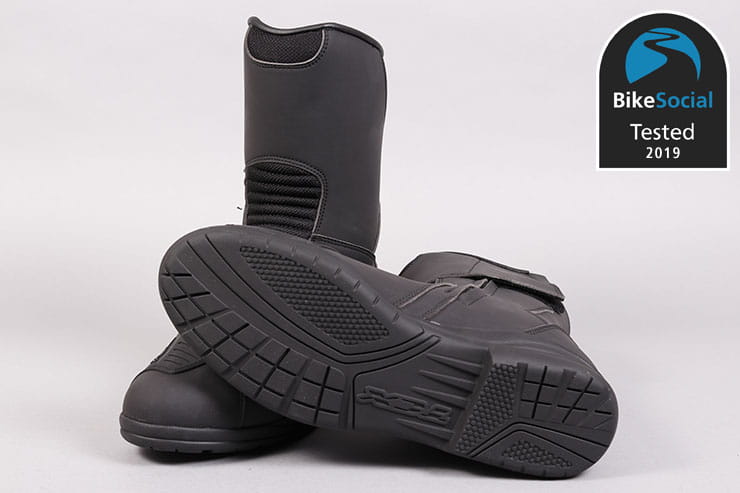 TCX calls this a touring sole – it’s not obtrusive like a chunky off-road design, and is comfortable to walk around in. I’ve not had any slips – despite the wet weather – and they’re wearing well. The inner-sole is replaceable, however it does have a habit of dragging up when you take the boot off. This isn’t that much of a problem, as it doesn’t remove totally, so is easy to just push down back into place. 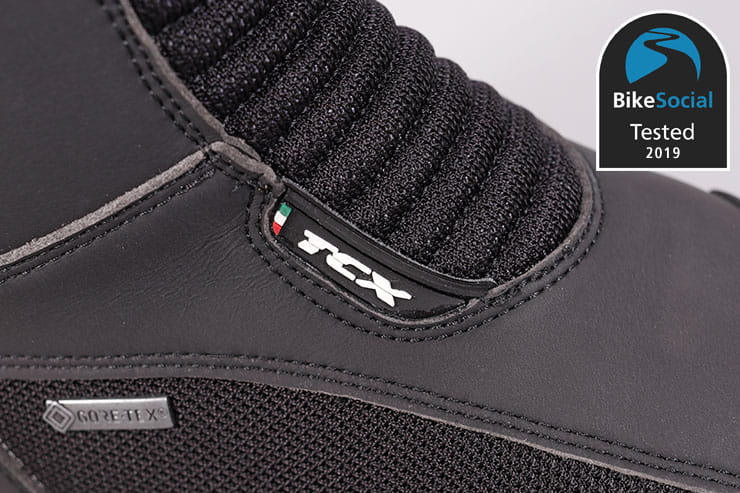 If I see the Gore-Tex logo on a product then I expect it to be waterproof, and these boots don’t disappoint. Despite riding in torrential rain that made a big enough puddle to end the day for one of the bikes in our group, my feet stayed dry. That’s because the Gore-Tex lining extends all the way up – a good couple of inches past your ankle – which meant that once I had put waterproof trousers on over the top of the boot, water wasn’t able to force its way in.

They weigh in at 1.5Kg for the pair – a lot less than some boots in this sector – so 750g per boot makes them feel really light, which probably goes a long way to making them so comfortable.

The TCX Explorer Evo GTX are very comfortable motorcycle boots that offer protection from the elements, and the road, if you’re unlucky enough to have a spill. They look good in a classic touring way, and did I mention they were all-day comfortable on, and off the bike? Thoroughly recommended. 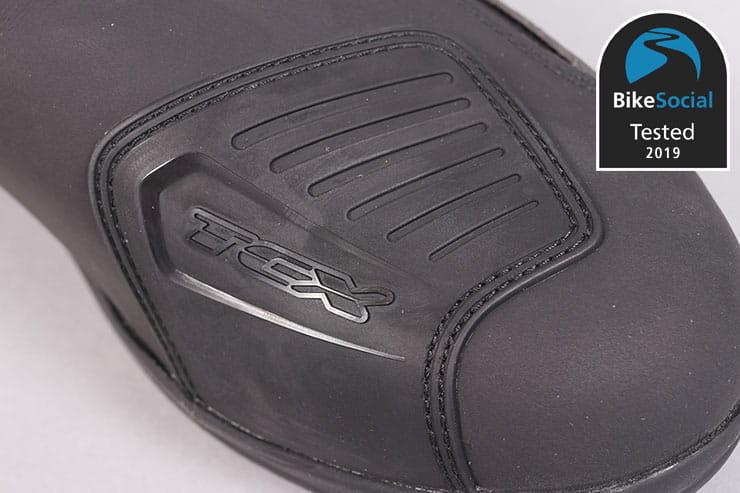 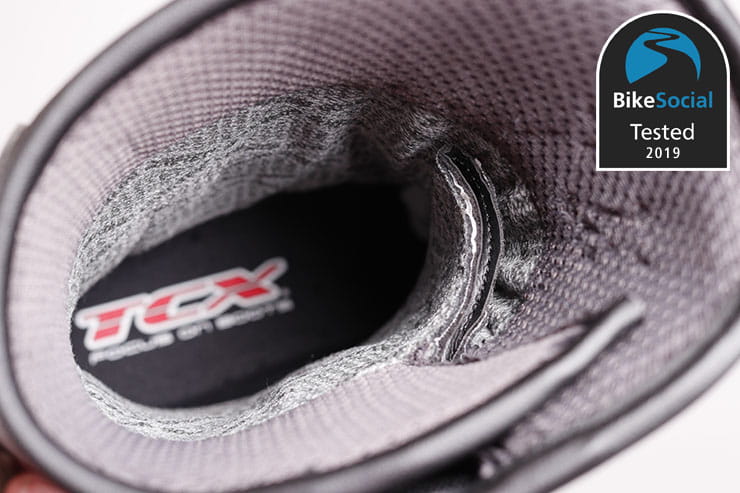