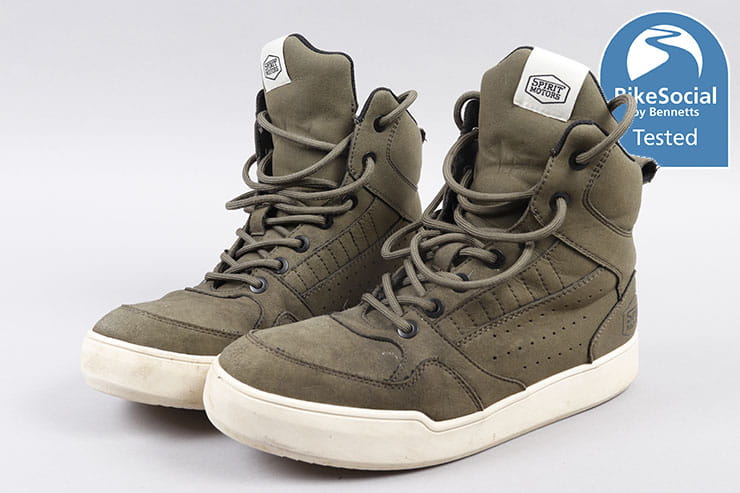 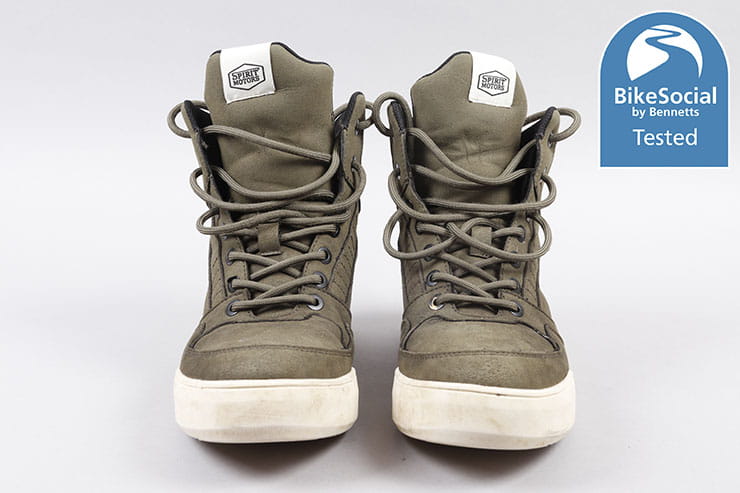 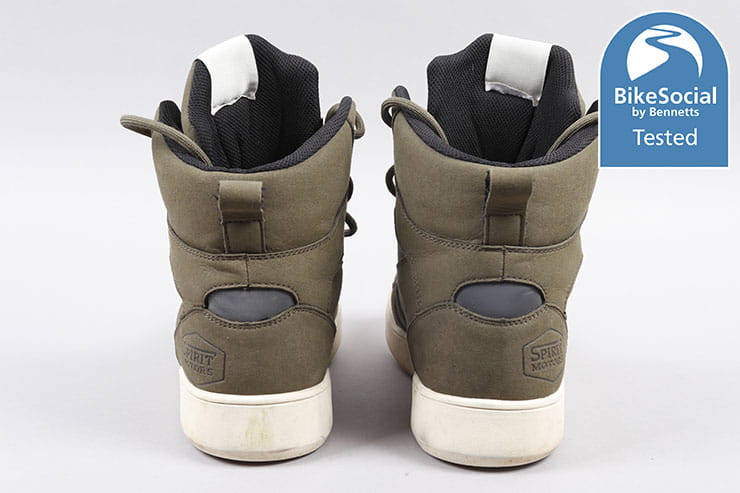 It’s a terrible name, granted, but the Spirit Motors Billy Winker boots have some real benefits. Forget the idea that they’re worn by a tarot card fairy that sends children to sleep, or some chap carting beer barrels around; the Billy Winkers are actually properly protective casual trainer-style footwear for motorcyclists, sold exclusively by Sportsbikeshop in the UK.

The Spirit Motors Billy Winker boots are made using a polyurethane microfibre textile, which is actually quite a common alternative to leather in bike boots. It’s where Spirit Motors is making savings compared to the obvious alternative; TCX’s Street 3 boots, which are full-grain leather with a nubuck finish and cost £149.99 (£142.99 at Sportsbikeshop at the time of writing).

Available in black, grey or the olive I have here, all three Billy Winkers have a white sole that will of course soon get grubby, but in the style of trainers / high-tops, it’s to be expected.

The Winkers are starting to show signs of wear, and I expect repeated gear changes will take their toll, but that will depend on the finish of the gear lever… anything coarse will start to pull at the microfibre, but it tends to be lost in the natural texture fairly well. 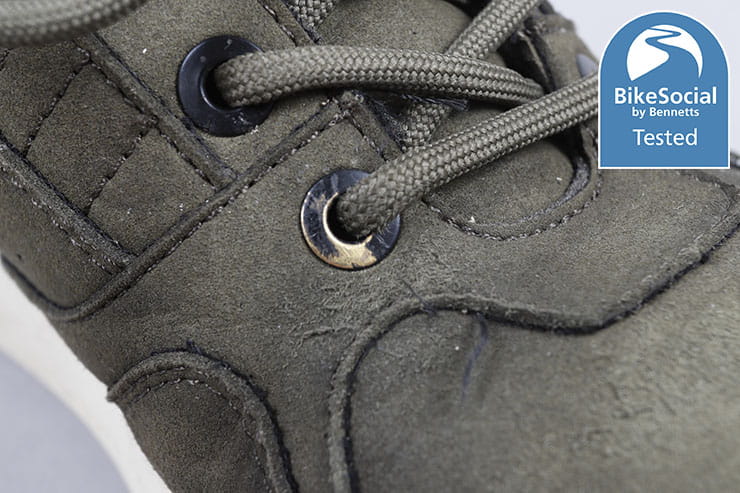 The Billy Winkers have seven pairs of lace holes on each boot, with painted eyelets. The finish is wearing on these, which looks a little tatty on close inspection, and they’re clearly rather thin as one caught on something and bent up at the edge.

While many bike boots use zips and / or Velcro fastenings, I think laces work for this style of boot. 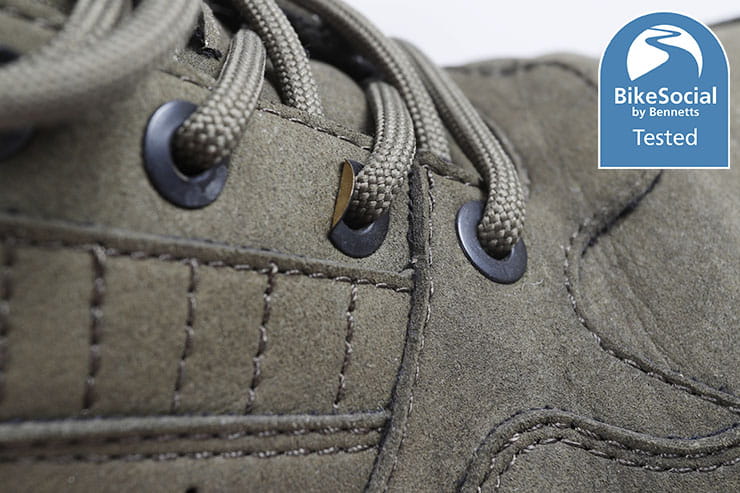 Don’t let the casual style deceive you; these are properly certified motorcycle boots, tested to EN 13634:2017.

Boots should have four numbers, either 1 or 2, 2 being the higher protection level. On these Spirit Motors Billy Winkers, the first 1 is for boot height (only taller boots get a 2 – ankle boots will always be 1), the second 1 is for impact abrasion resistance, the 2 is for impact cut resistance and the final 1 is for transverse rigidity (which helps protect the foot from crushing if it’s caught under the bike in a crash).

The TCX Street 3s do achieve the higher standard of 2 in impact abrasion resistance, but as budget-priced casual-style bike boots go, the Billy Winkers score well. They’re also taller than the Street 3s, so while both do protect the ankle, the Spirit Motors boots go a bit higher. 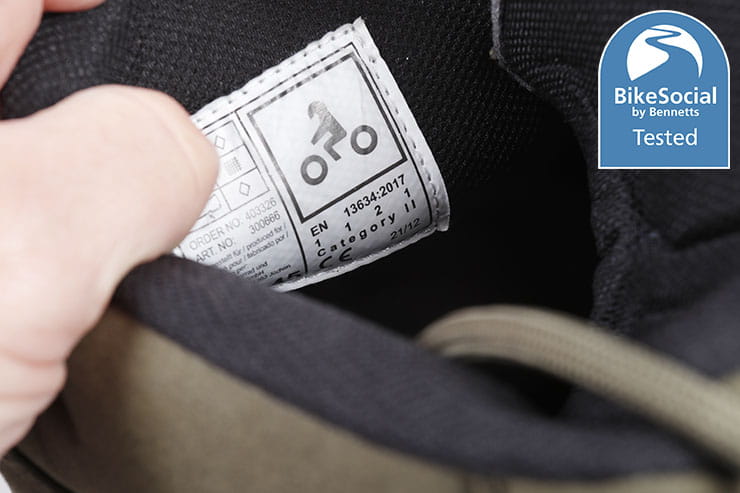 I had to go up a size from 44 to 45 in the Billy Winkers, so do check before you buy, but these are great on the bike, and absolutely brilliant off it – I’ve worn then all day several times and found them fantastic to walk around in, thanks in most to the soft sole. 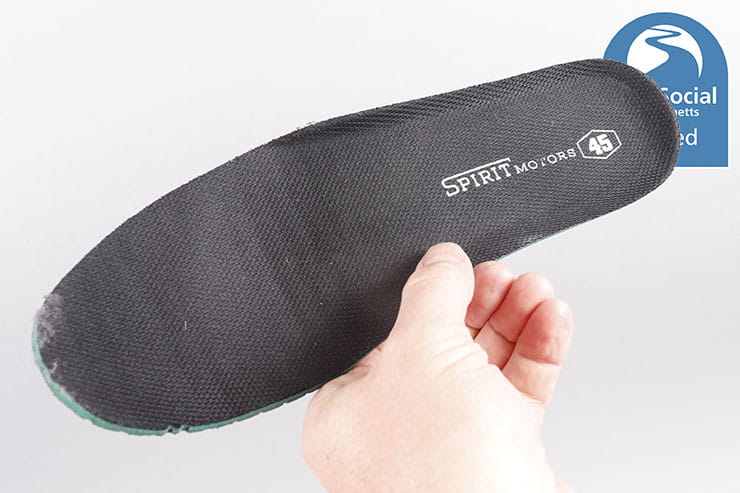 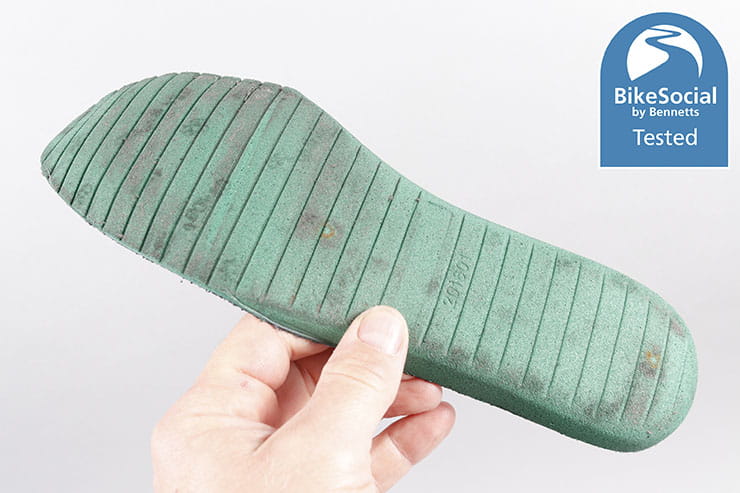 While I’ve had no problems with slipping, the tread is wearing, no doubt due to that sole being so soft. Obviously how quickly these wear will depend how much you walk around in them off the bike (and how spiky your pegs are), but comparing again to the TCX boots, these are definitely not as hard-wearing. But they are significantly cheaper. Whether that’s a false economy will only become clear after many more months of use. 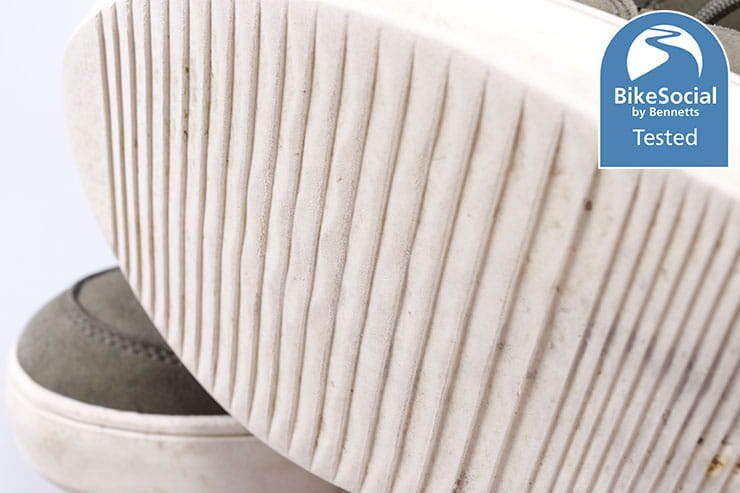 Unlike the TCX Street 3s, the Spirit Motors Billy Winkers are not waterproof. While the lack of a membrane will help keep costs down, it’s also questionable how useful it is on an ankle-height boot like this anyway, as it’s never going to be ideal for wet-weather riding, with no way to properly seal your trousers.

The lack of rain protection also means the Billy Winkers can be cooler than their more expensive competition, so are more suitable for hot summer days. 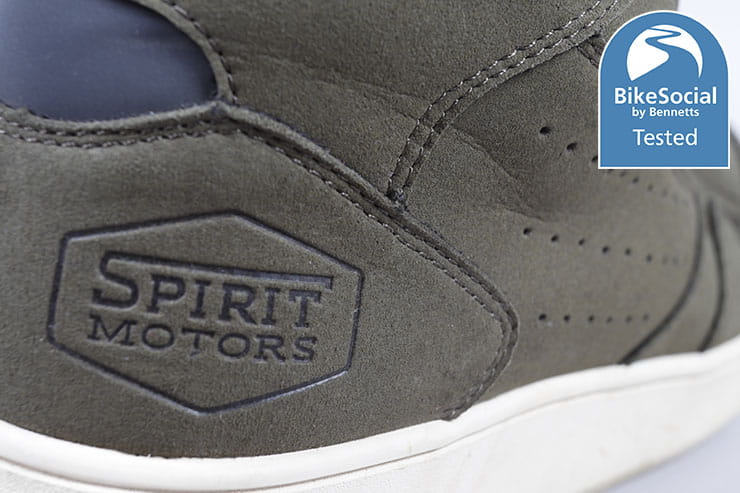 Casual-style bike boots have become really popular over the last few years, so there’s a fair few to choose from. They might look like trainers or High Tops, but don’t be tempted to ride in uncertified boots as they’re unlikely to offer the abrasion, impact and cut protection that’s so important…

These are just three of many alternatives – you can find all the boots we’ve tested here and be sure to regularly check for the discounts available through Bikesocial membership. 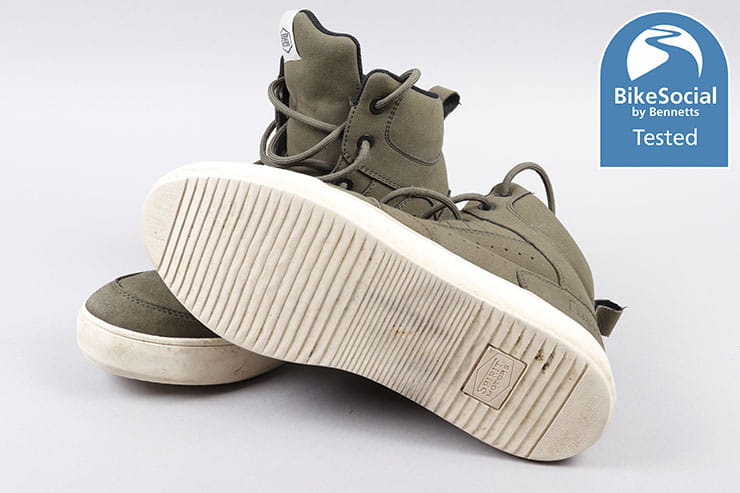 This style of boot is great for anyone who wants to spend the day in their bike kit and not have to faff around getting changed. Paired with motorcycle jeans, they’re great anywhere and while they’re not as premium-quality as some of the competition, they do represent good value for money.

If you can afford them, I’d recommend the TCX Street 3s over the Billy Winkers as they’re harder wearing, look better finished, are more protective and they’re waterproof (though that’s of limited value in an ankle-length boot, and arguably a disadvantage in peak summer). But they are more than £60 costlier, so these Spirit Motors boots are well worth trying if you’re on a budget.

The Billy Winkers might have one of the most ridiculous names for a pair of boots we’ve heard, but let’s just be thankful there’s not a ladies version called something equally weird… like, I don’t know, the Mary Taillight.