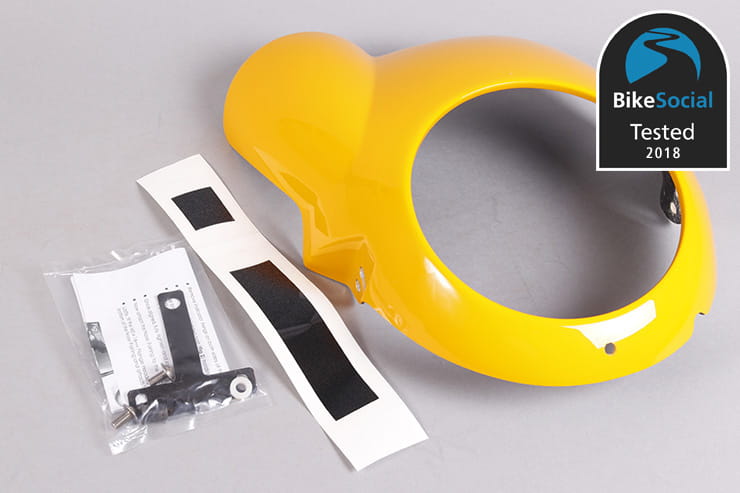 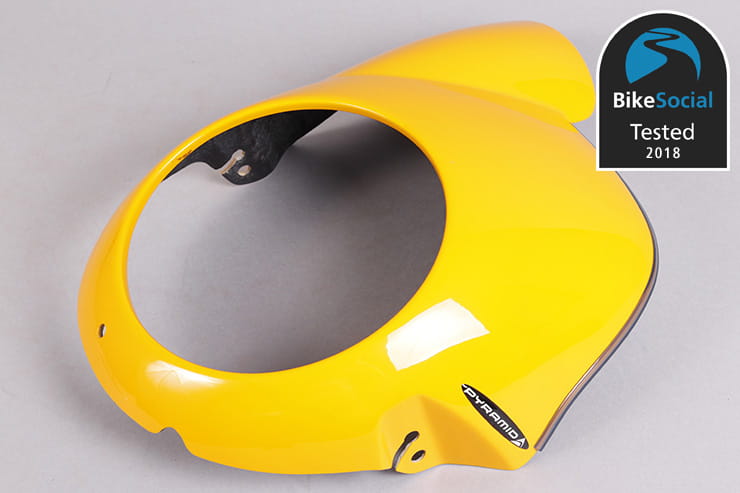 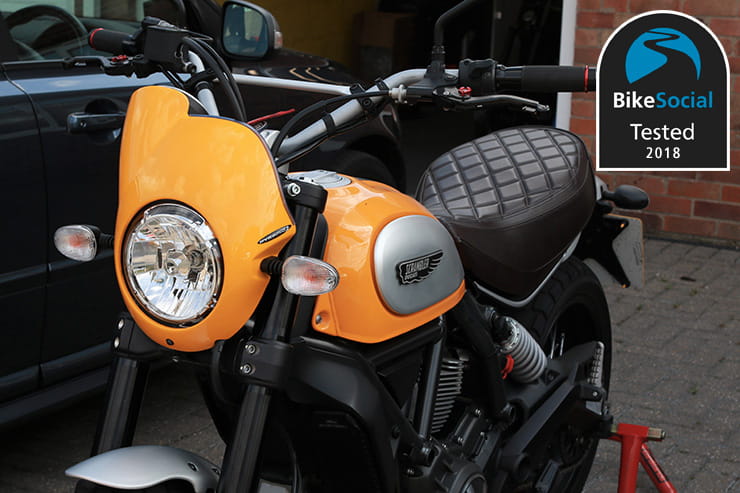 Part of the marketing approach to the Ducati Scrambler (or Scrambler by Ducati, to give it its proper title) was the ability to customise the bike to your own needs using either the official range of Ducati parts, or the ever-increasing number of aftermarket parts. Many of these parts are produced by the mainstay of the accessory market including Powerbronze, Puig, Rizoma and in the case of this nose cone, Pyramid Plastics of Gainsborough.

Pyramid has been hard at work producing a range of parts for the scrambler line up, but what sets them apart from the others (including Ducati themselves) is the colour coding of the parts on offer to match the range of bikes. I therefore was able to select a cone that best matches my own 2016 Scrambler Classic in Orange Sunshine. 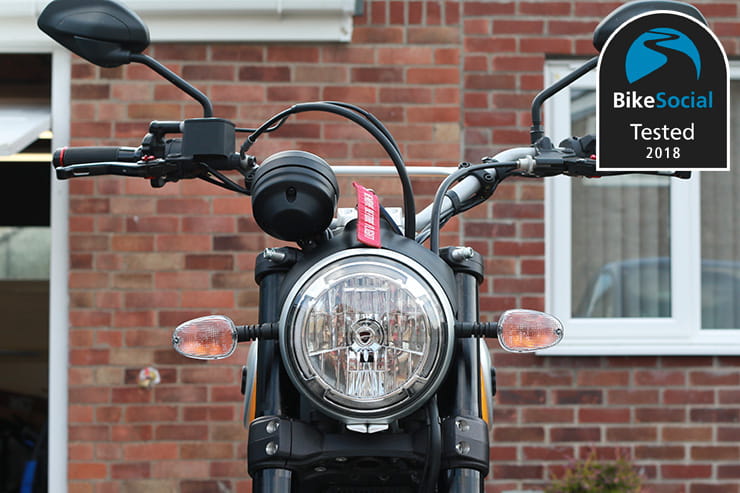 Before fitting, the Scrambler in all its naked glory!

First impressions are good, very good in fact. The cone is made of sturdy material and feels very well made. The outer surface is smooth and highly polished with a pleasing effect of random glass fibres visible on the reverse in matt black. The colour match is 99% there, but not quite perfect. This may be due to Ducati and their supplier Lechler being a little vague about the code quoted – internet-forum tales tell of Lechler themselves not recognising the code given, and Ducati not being able to supply touch-up kits. Whatever the position, the match is close enough that, once fitted, only the most OCD among us would notice a difference. 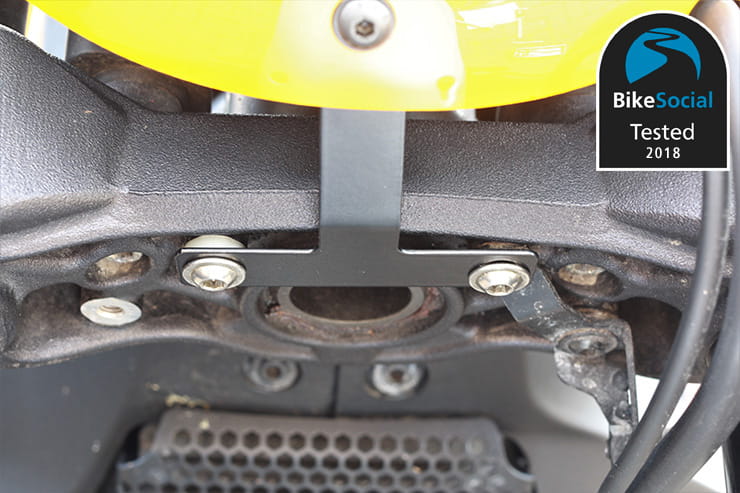 Fitting utilises the tapped holes n the bottom yolk, used by the high level fender on the Urban Enduro.

Fitting itself was a breeze in terms of complexity, but as with many tasks on the Scrambler, a little tricky due to a lack of finger, spanner or any other space around items such as indicator mountings. A little perseverance though will see both indicators removed and refitted with the sides of the nose cone sandwiched between indicator stalk and mount, and a supplied bracket installed in a couple of the many spare threaded holes on the underside of the bottom yoke (presumably, mounting holes for the Urban Enduro and Desert Sled’s yoke mounted high level front fender).

How much benefit does a mini fairing give?

The key benefit of the nose cone was apparent on a recent day at Bruntingthorpe Proving Grounds. In between laps testing the amazing new Yamaha Niken, we were able to take our own bikes on sighting laps and with a two mile straight, it was a chance to rev out the scrambler in top gear. At an indicated 130mph, the wind blast from the front end was dramatically less than other high speed runs I had undertaken on other ‘private’ roads. A spirited homebound ride, chasing John on an MV Agusta F3 through Leicestershire, Rutland, Northamptonshire and Cambridgeshire was also despatched with surprising ease and comfort. 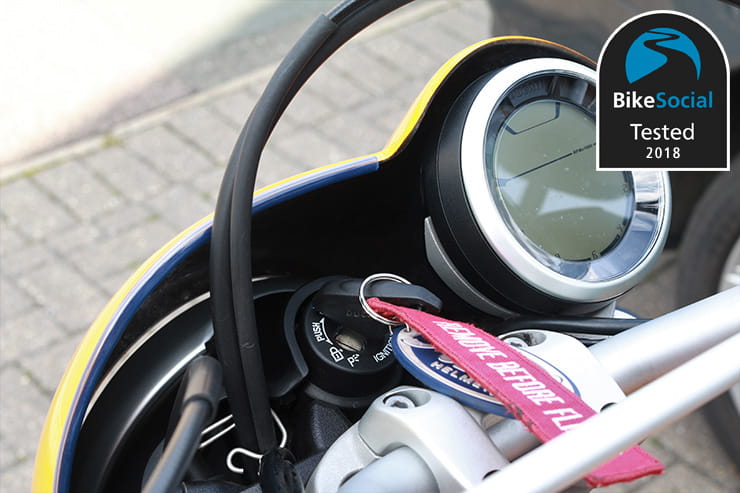 My only very slight concerns after a few weeks of running the bike with the nose cone are solely the aesthetics. Pyramid has done a great job in designing the part specifically for the Scrambler, with a profile matching the offset speedo and a similar feel to the recent Cafe Racer stock nose cone, but in this case, maybe a more generic shape may have suited the bike a little better? What do you think? Leave a comment below.