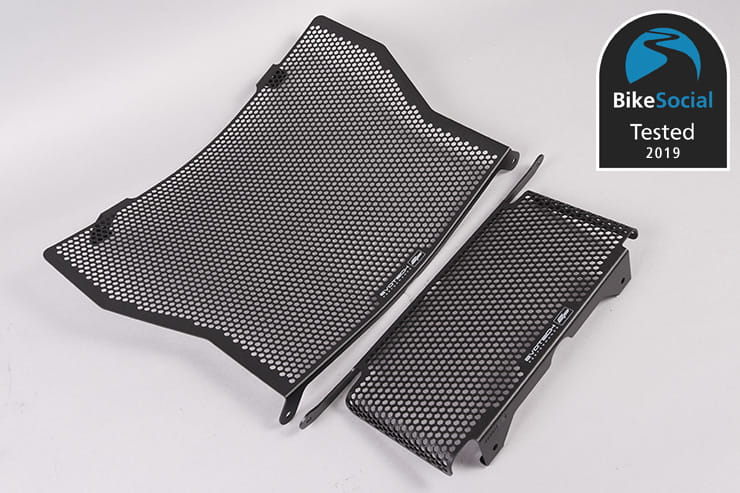 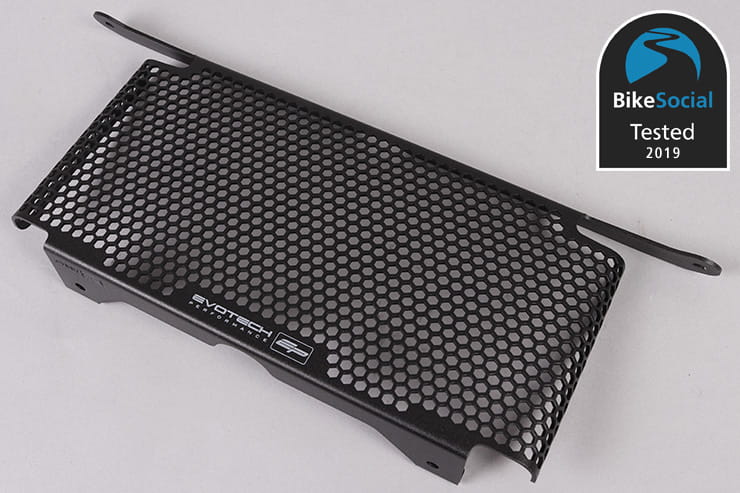 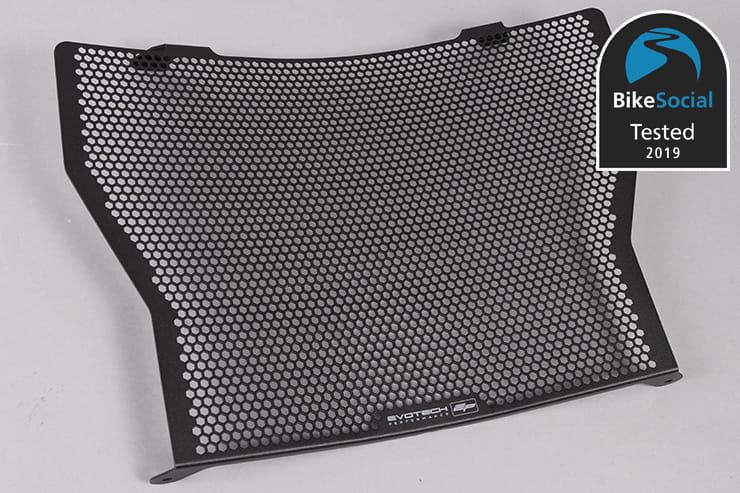 The BMW S1000XR is the most expensive thing my wife and I have ever bought – except our house – so besides getting the bike home from the showroom, I didn’t want to ride it until it had some protection.

A few weeks later that was proven a wise move after the crash bobbins saved me more than the cost of them and the axle protectors, not to mention the radiator guard and oil cooler too, which are on review here.

The four-cylinder engine is cooled by a massive slab of a radiator, with an oil cooler tucked underneath – a stone flung up here could easily cost almost £700. Damage both and the bill would be north of £1,200. 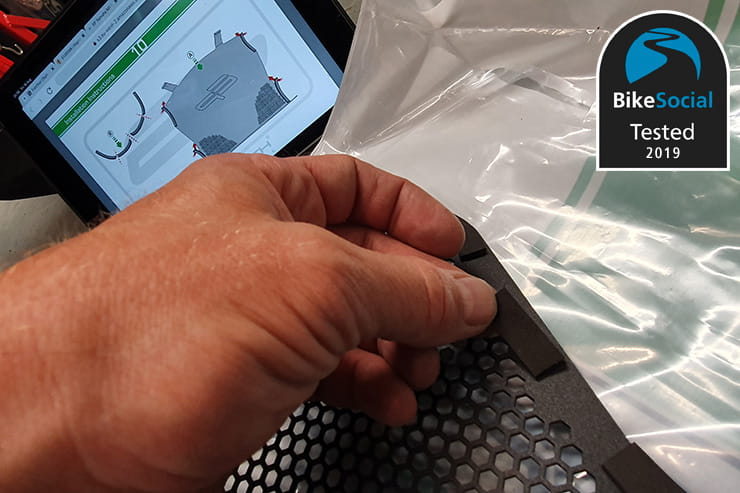 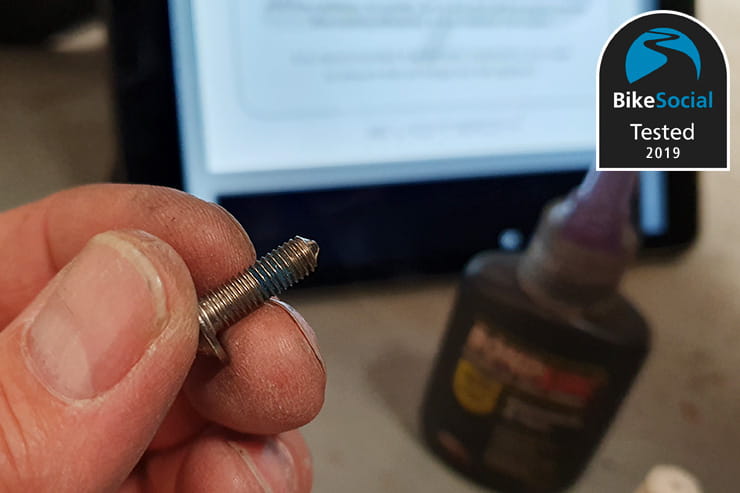 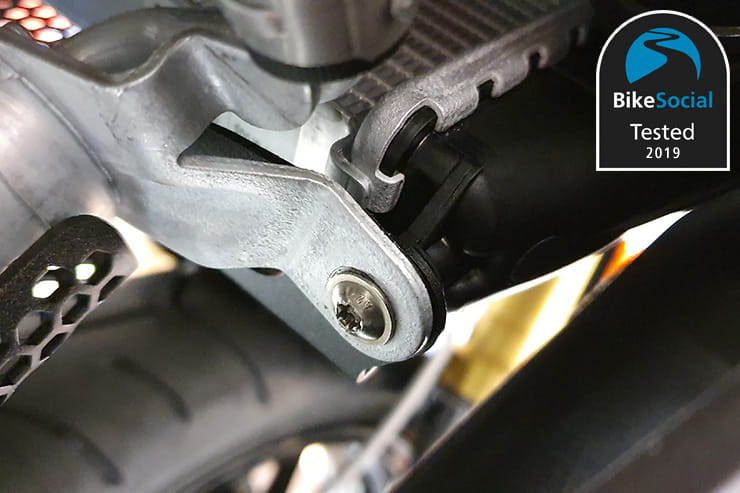 The guards are fairly easy to fit, though the screws on the bottom of the oil cooler are a bit awkward

How easy are the Evotech-Performance guards to fit?

Both the radiator and the oil cooler guards are fixed in place using the BMW’s original fasteners, so all you’ll need for this job is a Torx T20 driver and something to poke out the plastic panel clips in the belly pan. Note that the centre pins aren’t retained like most other panel clips, so be careful not to lose them.

If you’re short of any tools, remember that Bennetts Insurance customers save 10% off everything at Halfords with Bennetts Rewards.

The instructions for the two parts are separate PDFs that need to be downloaded from the Evotech-Performance website; I do wish that printed instructions were supplied, but you can print them yourself I guess (I use an iPad to read them while I work).

The bike’s belly pan needs removing for both guards and the side panels also need two screws removing to allow them to pull out of the way – if you’re fitting both, it’ll save time to work on them together. 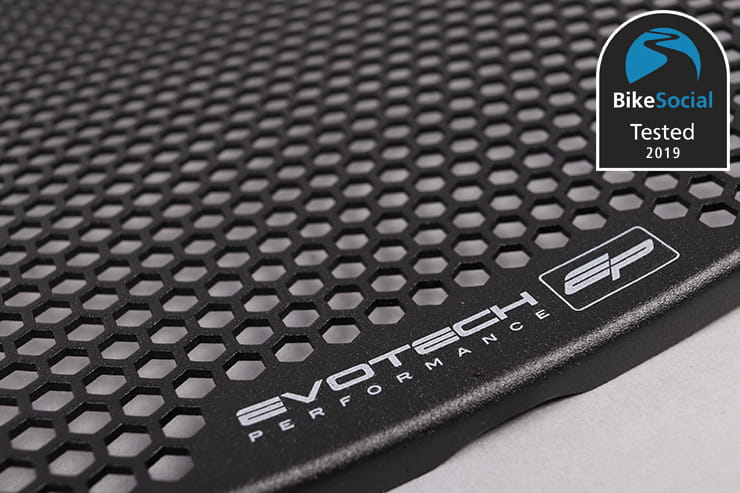 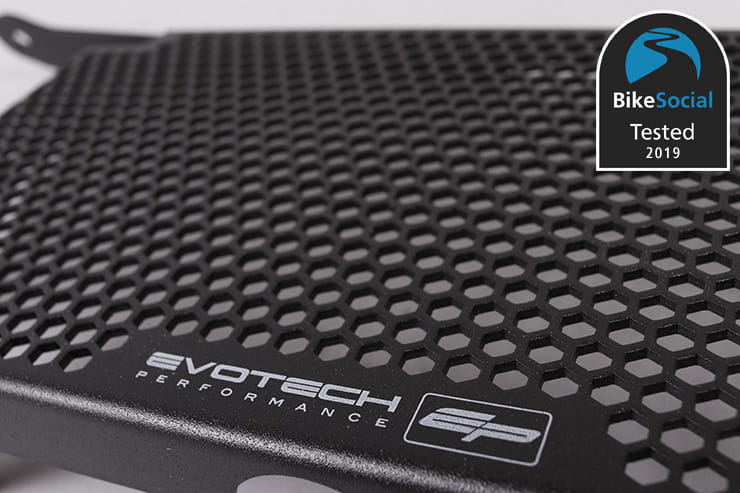 Fitting is fairly quick – once you’ve stuck the adhesive-backed foam pads to the rear, the radiator guard snaps on easily. The oil cooler is a little more fiddly as there are two screws at the bottom that are awkward to get back in. Having said that, I can’t think of a better way this kit could have been designed.

Those two screws have threadlock on them from the BMW factory, so I’d suggest using a little more when reinstalling. It’s also easy to nip the two breather pipes that hang down on the left of the oil cooler, so take care to nudge them out of the way when fitting. 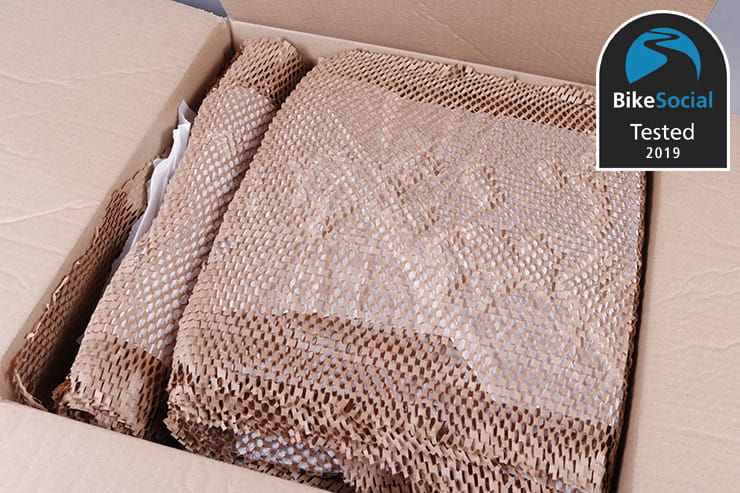 The packaging is superb, keeping everything extremely safe while it’s with the courier

All of Evotech-Performance’s products are very carefully packaged and sent out in acres of environmentally-friendly recycled packing that keeps your purchase safe. First impressions are of an exquisite finish, the powder coating (applied in-house at the Lincolnshire factory) being a perfectly-applied matt black that compliments pretty much any bike.

Every cut, fold and bend is very accurate, and this all feels like quality manufacturing that justifies its price. Having used Evotech-Peformance kit on a variety of bikes for several years, I can honestly say that the finish is far more than just cosmetic; I’ve used it through several winters and it’s never shown any signs of corrosion, always cleaning up to look like new. 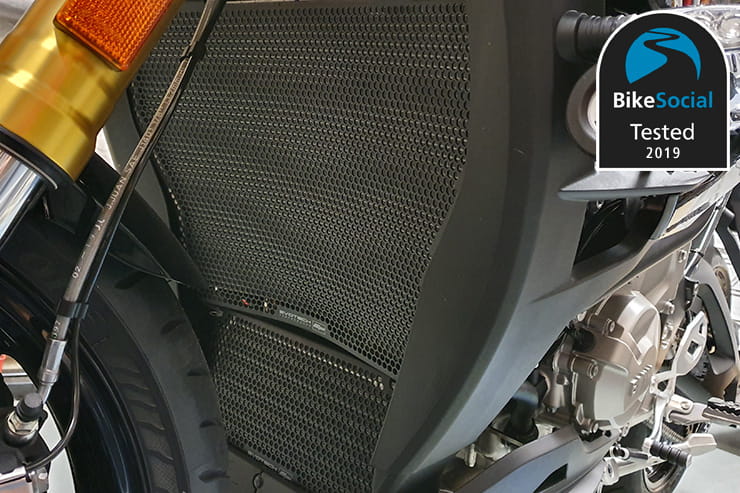 My S1000XR is the ‘Triple Black’ version; the massive slab of silver-coloured cooling fins behind the front wheels always seemed to jar cosmetically, but with the black guards fitted they drift into the background.

The instructions warn you to periodically check that no dirt or debris has got trapped between the guards and the rad / cooler, but the unique hexagonal cut-outs have never caused me any issues in the past.

You might argue that bike manufacturers should put longer front mudguards on their bikes, or incorporate radiator and oil cooler protection as standard. I agree, but until that happens, this Evotech-performance protection is what I’d consider an essential investment.

How to protect your bike from a crash