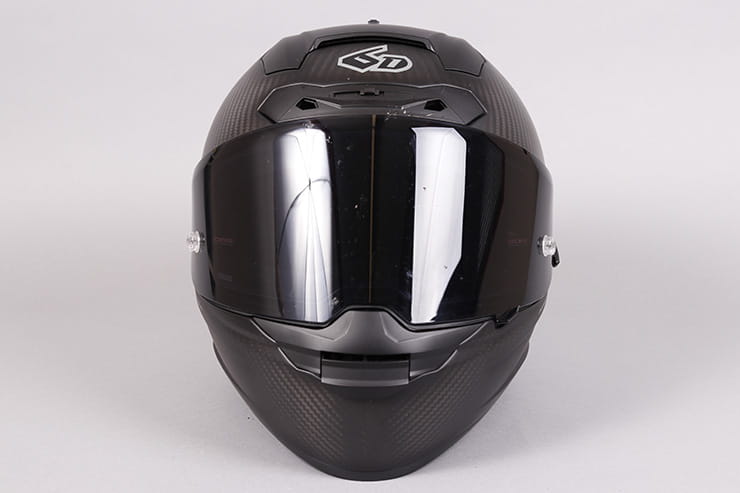 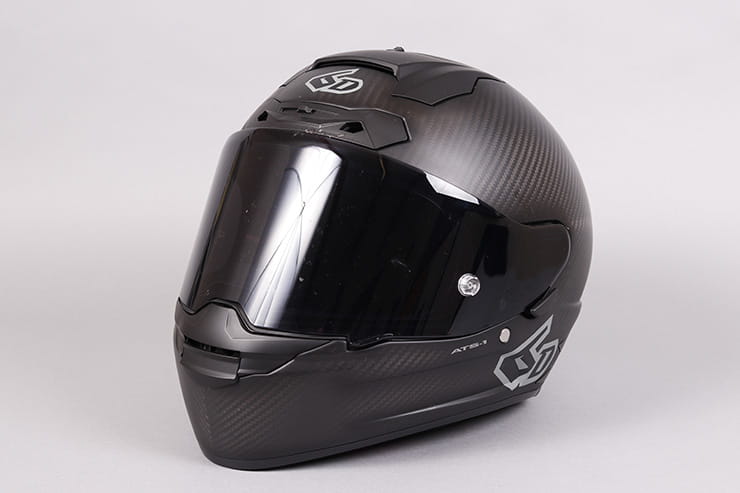 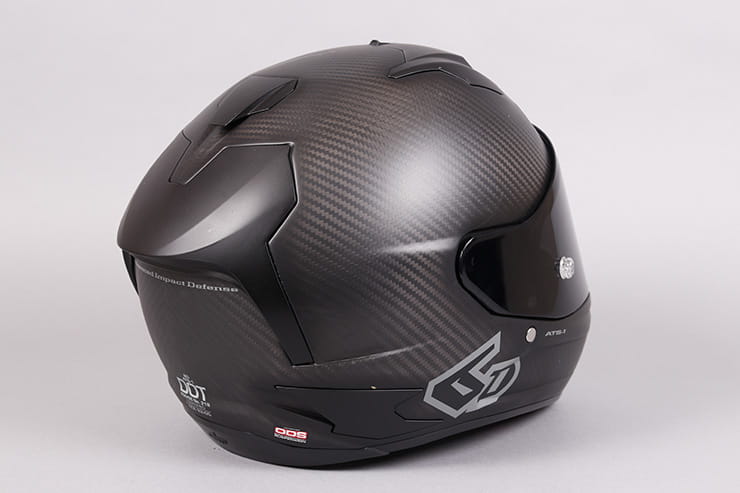 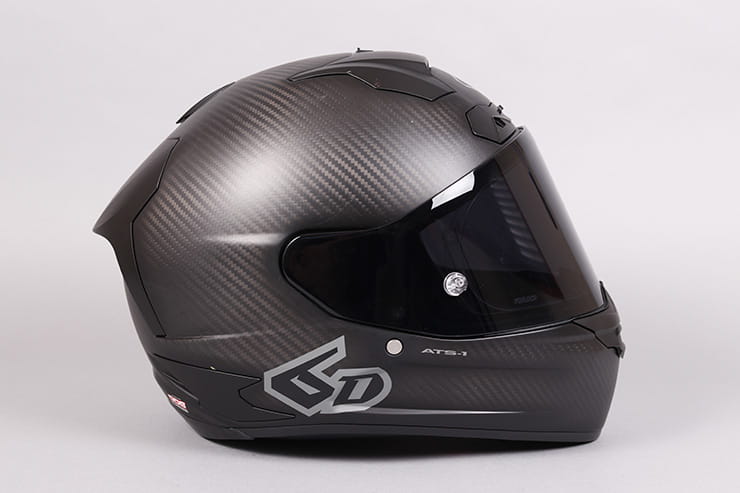 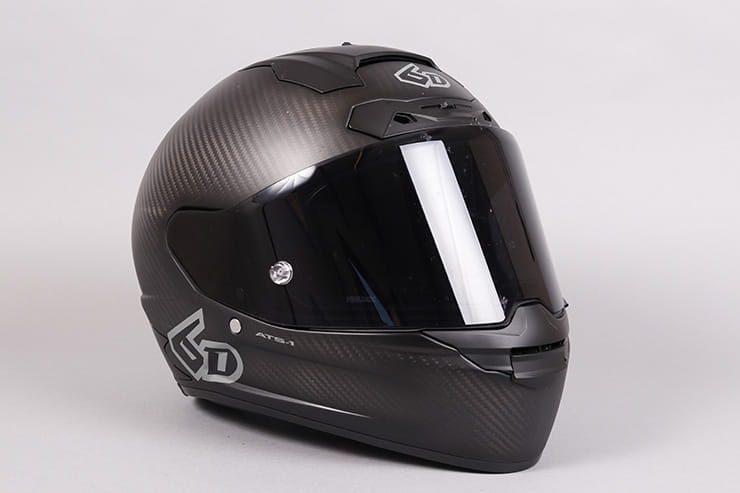 I have been testing the new 6D carbon helmet on track for a couple of months. Much like helmet company Bell, 6D has developed its technology in the off-road market. If you ride off-road you will know that you tend to hit your head frequently. The last couple of times I’ve been, I hit my head on the ground on both occasions, hard enough that I had a headache.

The 6D comes packed with unique technology, and is pitched as a race helmet – hence the aggressive, distinctive styling, but the biggest news is the omni-directional suspension.

The styling is designed to offer controlled airflow and the winged spoiler is meant to boost stability. I thought the wing was somehow part of an intricate ventilation system but the function is purely aerodynamic, and when riding at higher speeds it does keep the helmet stable and free from buffeting.

This is the first helmet to use fully-active suspension. The system manages the kinetic energy that created when there is an impact, slowing the transfer of forces to the brain.

There are three kinds of incidents that effect the brain in different ways: You can have a slow, mid or high velocity impact. Previously there has been some success with managing this sort of impact. Bell has done this with its flex technology, but has only been able to manage the impact forces in a linear direction. The 6D can manage both linear and angular accelerations. The hour-glass-shaped shock absorbers can compress and rotate absorbing in both directions. 6D calls the absorbers Elastomeric Isolation Dampers. There are numerous dampers in the lining of the helmet between the shell and the Expanded Polystyrene (EPS) liner that work together to isolate impacts to the brain.

The progressive spring rate manages low and mid velocity accelerations, and combined with the traditional EPS they manage high velocity impacts. The capability provides six degress of freedom, which became the inspiration for the name 6D 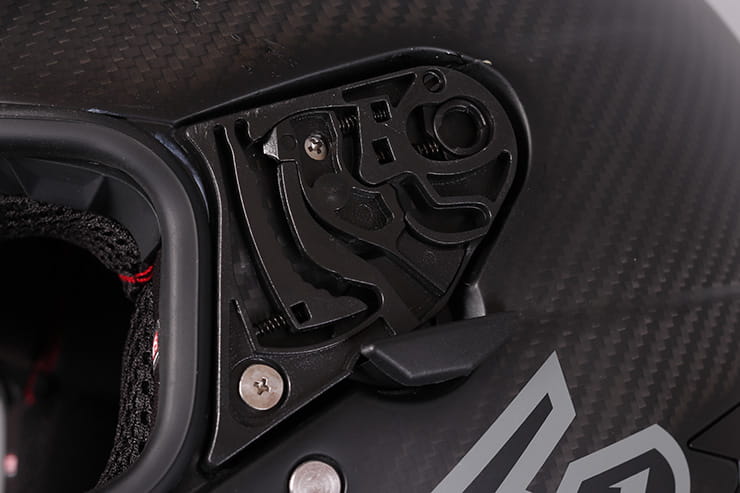 The 6D does not offer the extreme airflow that some race helmets can – though the benefit of this is that it’s a much quieter helmet.

Wind ingress is less than other helmets I have tested over the last five years by some margin and the three closable vents meant I could easily modulate airflow and temperature. The vents are easy to operate while wearing gloves. 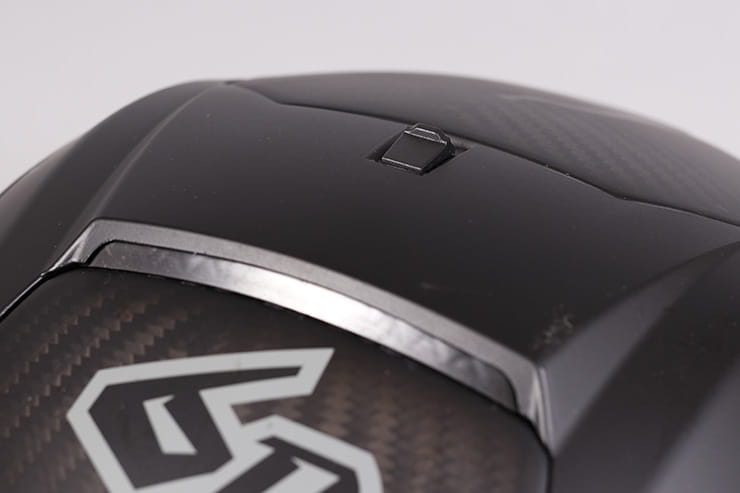 Vision above the eye line is great, you can see further ahead without giving yourself neck strain when keeping your head up when tucked in behind a sportsbike fairing. I was expecting less vision above the eye line, assuming that the suspension meant a thicker liner that would interfere with my vision, but this is not the case. The width of the liner above the eye is approximately 5cm; the same as the AGV Pista.

The gap from the eyeline to nose is, however, 2cm less. The peripheral field of sight is good.

The visor comes Pinlock ready, with a Pinlock in the box. The visor’s scratch resistant and offers optical clarity and UV protection, but it is not a ‘class one’ optical lens.

The visor opening mechanism is very simple to operate using one finger while wearing gloves and is similarly easy to change – simply push a release button on each side and it pops off. A light push on each side clips it back on.

There is only one opening tab on the left hand side; I like visors that have tabs on both sides. If you have your clutch engaged it’s easier to open the visor with your right hand if there is a right hand tab.

The visor lock tab is locked on the left much further back than competitors; this is a nice feature as it does not interfere with the opening tab. It is easy to reach and with gloves on, easy to operate.

When the visor lock system is locked down there is no wind on your face at all, and combined with the fabric removable chin curtain nothing gets in. 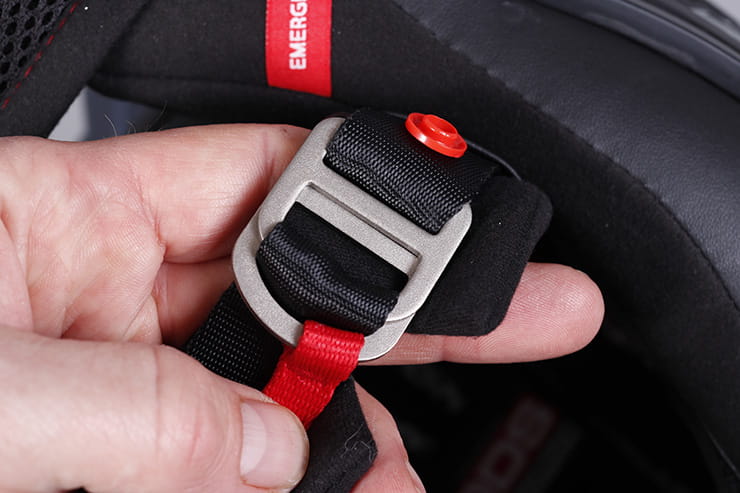 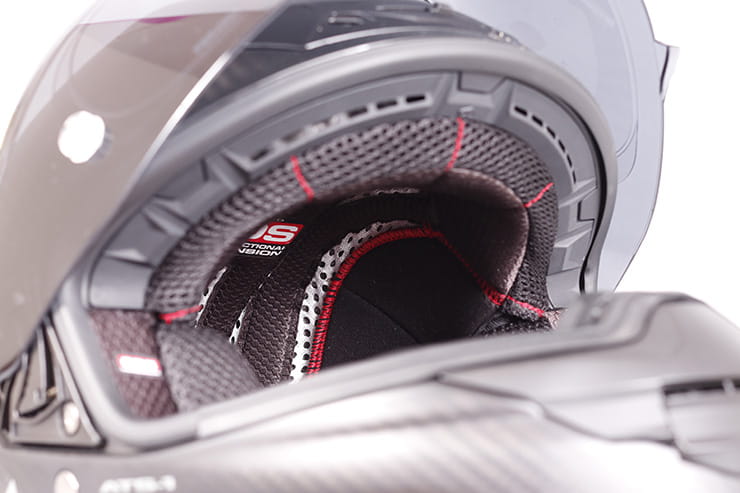 The words ‘carbon’ and ‘fibre’ are usually linked to a drop in weight, but the 6D is a relatively heavy helmet, despite being made of the highest-quality ‘3K’ carbon fibre, weighing in at 200g more than its competitors. The reason for the weight is the suspension system, and you really notice it if holding it at the same time as a competitor’s lid. But you don’t notice the weight when you have it on your head.

Comfort is usually based on head shape – some may find something works and others may have problems with the same helmet. Getting the helmet on is a challenge, the mouth of the lid is really tight. As soon as you have it pulled on though, that all makes sense and I find the 6D really comfortable.

The interior has well-placed pads and it feels super-snug straight out of the box. The fully-removable interiors will help keep it box-fresh with the occasional wash.

I found the nose section of the helmet is a bit longer or elongated in shape, reminiscent of a sports touring helmet. In a more upright riding position you don’t notice it that much, but it is more noticeable in a tucked position. A more race-focused helmet is shorter at the front so gives you a little bit more head rotation when looking over your shoulder. This is only splitting hairs though, and again is personal preference.

The 6D is fitted with an Emergency Quick Release System that’s useful for allowing emergency services to remove the cheek pads in order to examine a fallen rider without causing further injury.

Fastening is taken care of with a D-ring fastener, and the excess strap secures with a tab. 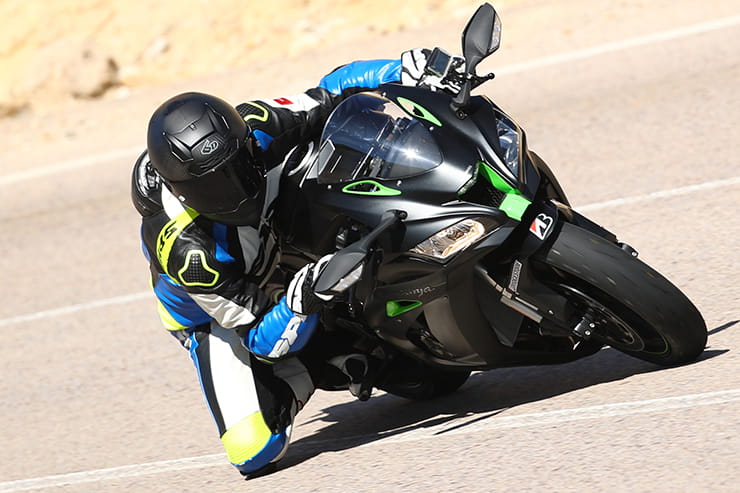 The 3K carbon fibre looks epic, and the helmet is comfortable, while offering unique, un-paralleled shock absorption. The trade-off is that it’s slightly heavier, in spite of the most advanced carbon shell. There is less wind noise and the forward and side vision is good.