My own advice was, quite literally, ringing in my ears as I got fitted up for my first set of custom earplugs. As the Auritech technician injected the resin into my ear canal to create a mould, it was like someone had just pressed the mute button on the world. Despite the hubbub of being at a busy bike show, the world felt silent with just the annoying ringing caused as a result of my tinnitus, my punishment for years spent without adequate hearing protection around noisy motorcycles.

I had recognised my mistakes many years ago and subsequently always make sure I wear earplugs when I am out on the open road, because although I have caused irreversible damage to my ears, I know that the damage can be made a lot worse. 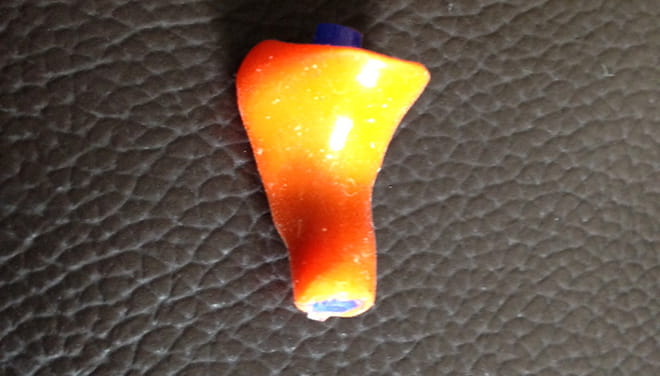 Like most riders, I’ve used soft foam plugs and generally found them ok but over distances they can get uncomfortable, especially when they don’t sit right when you put a helmet on, and when that happens it is not only sore, but very distracting.

You’ve probably seen Auritech and similar companies at bike shows, so I decided at the end of last year to bite the bullet and sign up for a pair of their £119 custom plugs.

The process itself is simple. The very amiable chaps at Auritech create a mould of your ear canal by injecting resin. It’s a slightly weird but not unpleasant experience that takes around five minutes. You then hand over the cash and a few weeks later your bespoke earplugs come through the post in a neat little pouch. 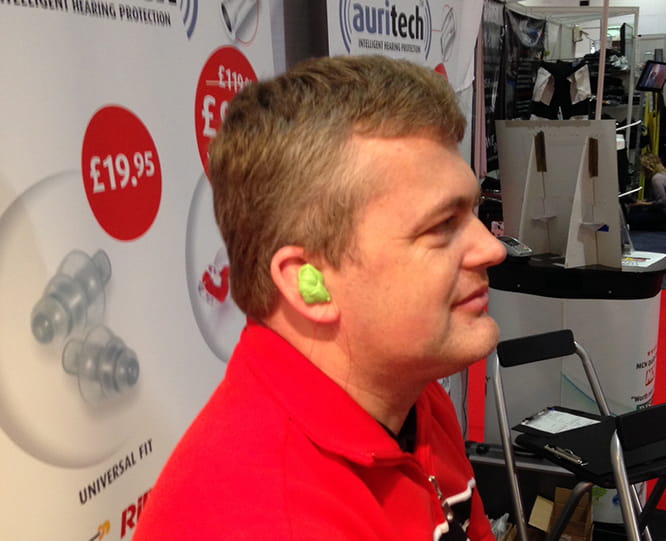 Now £119 might sound like a lot, but considering they should last between two to five years, I don’t consider it too much of an investment. I probably spend around £20 a year buying disposable ones anyway, so put that way, it’s not so bad.

As a product they are great quality. Even at speed they eliminate more noise than the cheap foam items, without blocking out all the background noise that you need to keep safe in city traffic. The key thing is comfort though. They fit like a glove and the medical-grade silicone is comfortable and doesn’t get all hot and sweaty like the foam. Importantly, the plugs sit in the ear, rather than being stuffed in, so they don’t dislodge when you put your helmet on, or take it off. They are consistently comfortable and I have never suffered from ‘red ear’ in the 1000 miles I have worn them. Cleaning is simple. Just wash them with soapy water once a week.

However, there is one downside to them – the cost. As I mentioned, £119 isn’t too bad considering they will last several years. It’s also not unreasonable, when you consider the costs involved in making them, the R&D, the cost of attending the shows, the postage, the VAT…

But if you are like me, you lose stuff. Earplugs are disposable, They cost pence, you wear them, you throw them away. These need to be cherished, and that’s hard for me. The plugs come in a nice pouch but they are tiny little things and, after just three months, my ear plugs have suffered an unexpected divorce. It happened when I slid off on a track day. As I trudged back to the pits in disgust I realised that one of my beloved plugs was left in the gravel trap. It’s lost forever and although I still have the moulds taken at the show, replacement of my left lug will set me back a further £49.

That’s not a beef at Auritech, just a reality of the type of product they are. That I lost the plug says more about me than anything else, but I know that I am not the only bloke like that, and even taking care I dare say that it wouldn’t be the last time I’d lose one of these little plugs.

If you think that you can take better care than me, then I wholeheartedly recommend this product. If you can see a bit of me in yourself then just beware that there are costs to replace them as and when they go missing.

Personally I am planning to give them a try again, although it would be good if there was some kind of two-for-one offer to prepare for the inevitable.

Or then again, maybe it would be good if I just wasn’t a klutz who’s always losing things!