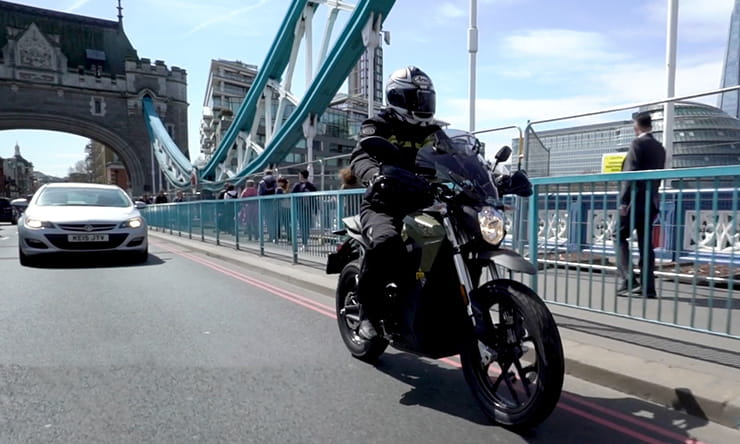 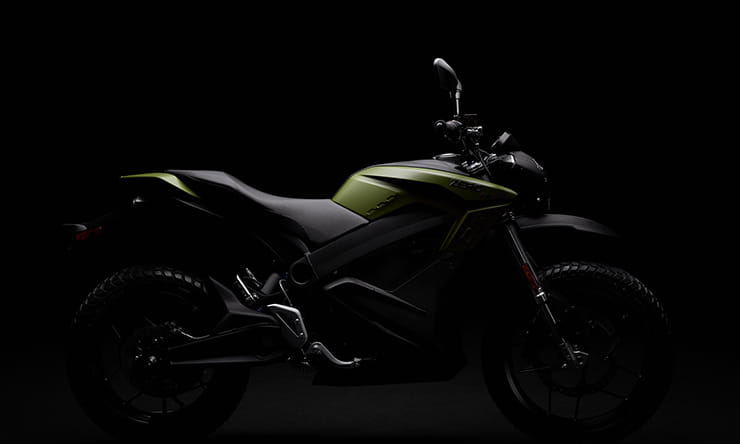 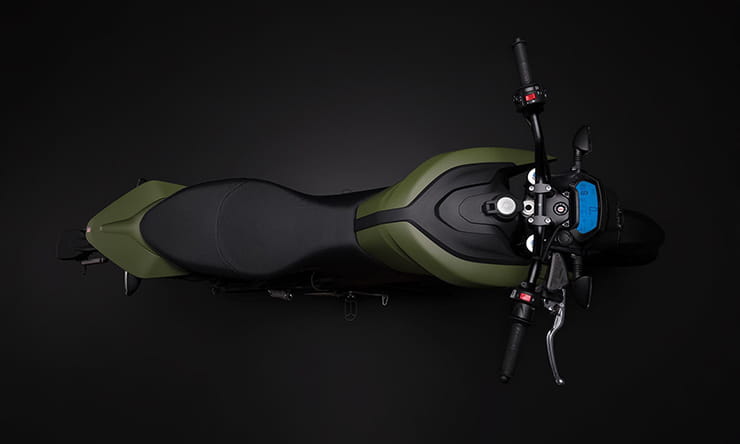 I’m a big fan of electric bikes, I had a Zero S last year which was great so long as you didn’t need to travel more than 30-miles and had somewhere (and some time) at the other end to recharge it for the return journey.

Well, according to Zero that range anxiety is no more because their new DS, which has more than double to battery capacity than before, will take you 200 miles around town and 100 miles on the open road.

To find out if this was true, BikeSocial went to London the week before the London Marathon to try and complete the marathon course quicker then 2016 winner Eliud Kipchoge. So that’s 26.2-miles in London, in rush-hour traffic, in less than 2h03m05s – without running out of battery. 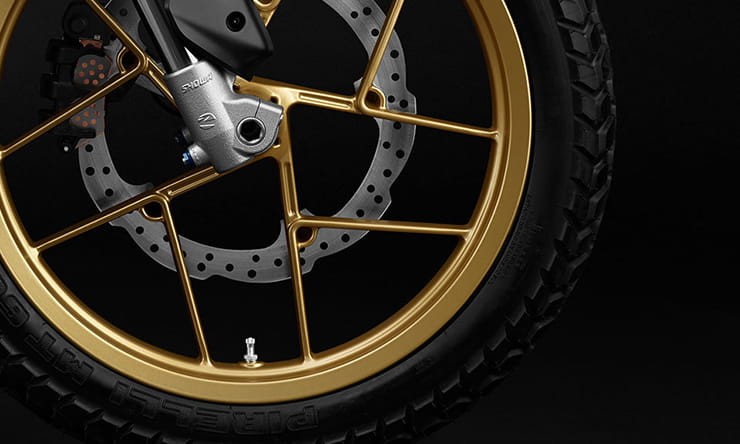 The improvement in range for this bike is centred around it’s battery. The DS ZF 14.4 now has double the capacity of the old model - The ZF part of the name denotes the battery size. With that extra battery size and range though there is an increase in weight. At 207kg the DS is not what you’d call light but it is manageable and other than moving the bike on and off the side-stand the bulk is not noticeable.

Zero claim the DS should charge from completely flat to full 3.3 hours, if you are using max accessory chargers. These help you charge up the Zero more quickly and efficiently by not only using the bikes in built charging port but multiple ones – up to four for this bike. Zero claim a 75% reduction in charge time thanks to this. Without the accessories to improve the charge time the Zero would take 12.1 hours to go from flat to full. As with all forms of re-chargeable batteries, the more charge cycles they take the less capacity they have. Thankfully the Zero batteries come with a 5-year, unlimited mileage warranty, should anything go wrong. 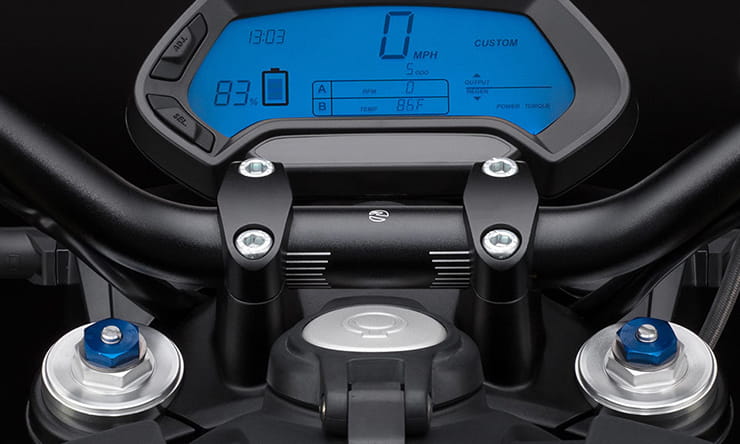 And here is the elephant in the room. The DS costs an eye-watering £12,190 and that’s after you have claimed back your £1500 subsidy for owning an environmentally friendly vehicle. For some this seems a huge amount of money but put it into perspective and look at the overheads that you don’t have to pay and makes a bit more sense.

For a start it only costs £3.50 to charge instead of £15 for a tank of fuel. You don’t pay a congestion charge in central London, you don’t pay road tax and there are charging points across most big cities in the UK where you can charge electric vehicles for free. There is also the impending ULEZ which will make it more and more difficult to ride or drive in central London. One day, these will be the only vehicles allowed in our capital should the current Mayor of London have his way. 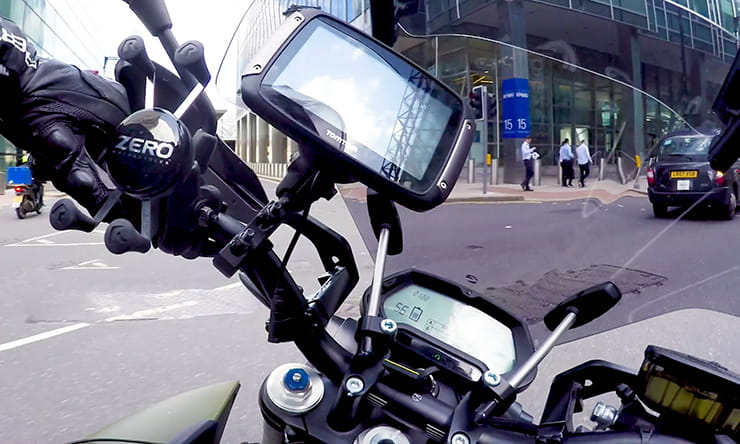 Fast, very fast! I’d forgotten how quick these bikes accelerate thanks to its abundance of torque. The first burst of acceleration away from the Zero dealership in Hammersmith who had held the bike overnight for us, reminded me that I needed to be softer on the throttle to complete the route with enough battery remaining. The 2018 Zero DS is aimed at people who ride both on and off-road thanks to its knobbly tyres, off-road mud catcher style mud-guard, camo-style green paint and mine had an optional front screen and hand-guards. Regardless of its off-road aspirations I firmly believe this bike is best suited to life on the tarmac. The suspension would be too hard for me off-road but is great for navigating the streets of London. The bike changes direction quickly and the J-Juan single disc brake on the front wheel has loads of bite and feel. You sit quite high on the Zero and get a commanding view of the road around you which is handy; it helps you spot the pedestrians who haven’t heard you coming who will step out in front of you though a quick blast of horn helps. The seat on the Zero is comfy and sculpted nicely to provide you some support although it is a tad hard. After a couple of hours in the saddle felt the need to hop off and let the blood flow again.

The optional tall-screen on the test bike did a really good job of keeping the wind blast from me. It’s a shame it wasn’t the warmest day of the year so far or I’d have appreciated it a bit more. It probably also went some way to helping me use as little energy as possible, helping to create any kind of aerodynamic bubble even these speeds would have helped.

For most of the town riding where you only had 100-metres or so until the next set of lights I kept the DS in ECO mode. This softened the power delivery until the acceleration felt on a par to a 125cc twist-and-go scooter and also turned the battery regeneration (when coasting with the throttle shut the motor recharges the battery) up to maximum. The other riding modes available are SPORT, max power and torque, no battery regen. And CUSTOM, this allows you to configure the bikes ECU from an app on your phone. Here you can mix up the modes so you have the power of SPORT but the regen of ECO. The menus are all controlled from the right handle bar and the riding modes, and all the switch gear, are well laid out and easy to use. 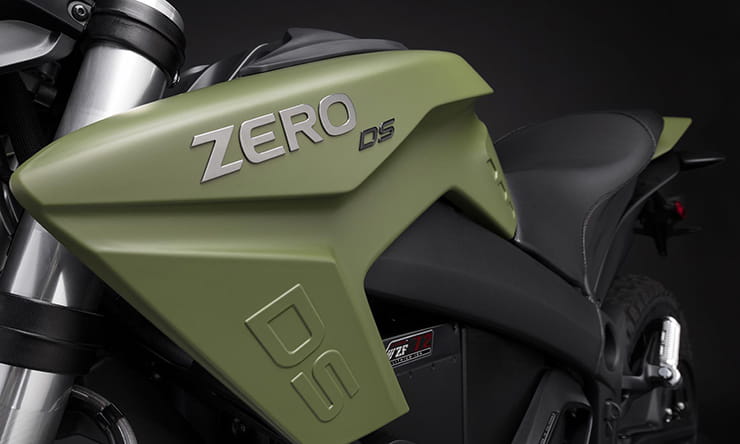 How can it have all that speed but still be CBT compliant?

Okay heads down and concentrate:

CBT licence laws for petrol engines in the UK state that:

CBT licence laws for electric bikes in the UK state that:

The Zero S has 59bhp peak power – making it three times as powerful as other learner legal internal combustion engine motorcycles. If you think the power is good the Zero DS kicks out 109Nm of torque, that’s just 5Nm less than a 2017 Honda Fireblade! Electric motors also make all their torque from a standstill meaning you have one of the fastest bikes in London to blast between the traffic lights – some sources on the internet claim to have clocked the Zero DS at sub 4-secs 0-60. 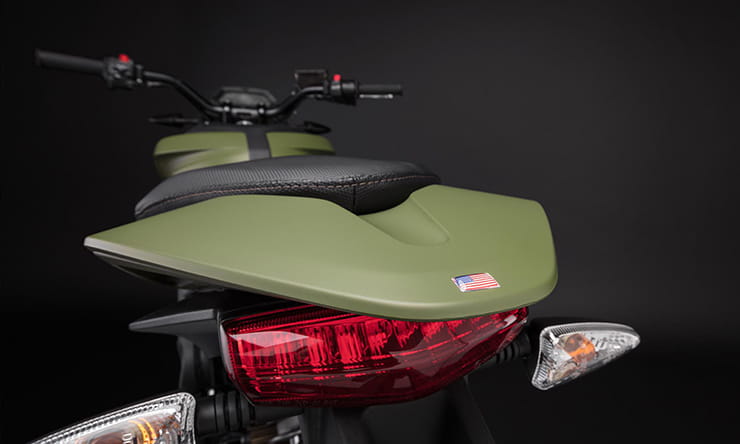 How did you do with the marathon then?

Well, not great to be honest - with a load of road closures sending us the wrong way and a sat nav that basically wanted to straight line the route, I ended up clocking about 30 miles all told and I was over 20 minutes slower than the record. If I'd have been able to stick to the route 100% I still feel we would have been slower than Mr Kipchoge’s record but it would have been close. The problem is that London is no home for motorcycles anymore. In years gone by 15-year-old Fazers with gaffer taped end cans and leaking rocker covers were the life blood of the city, filtering through the traffic like blood cells through a vein as the couriers ferried important CD's, videos and documents to and fro. Now though, the focus is on carbon neutral travel, cycling, walking or the dreaded tube.

With those cycle lanes and wider pavements eating into road width, the only place to filter now is down the centre of the road – not so good if that guy in the white van who is chatting on his phone makes that u-turn he is considering. That said, a bike is still in my mind the most enjoyable way to travel in London, despite the close-your-eyes-and-hope filtering I still believe that if I’d have been hooked up to a heart rate monitor, my pulse would have been lower than that of a tube commuter trying to complete the same amount of miles. 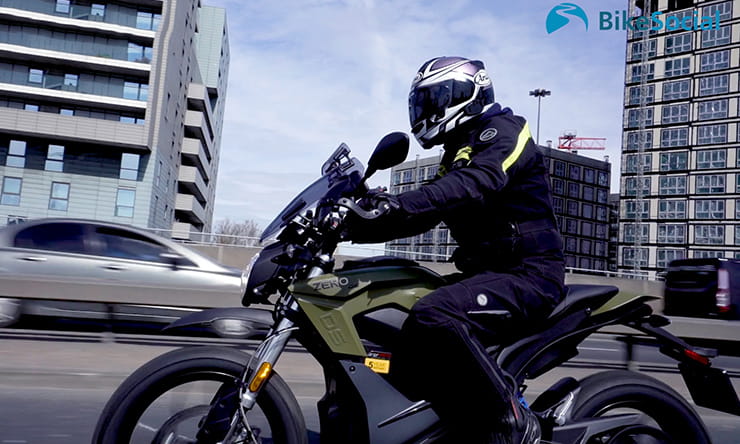 All things told, the new Zero is a success. I didn’t complete the course but that’s not the fault of the bike and it still had loads of battery life left. I completed around 60 miles on the day of the challenge – after running the route I'd spent a few hours filming at the major landmarks along the way. During this time I used the bike's SPORT mode and made the most of the power on offer yet the bike still had 44% battery left when I dropped it back to the dealership. For a lot of people the price of electric vehicles is the biggest turn-off but for some the benefits of electric bike will far outweigh that initial outlay. Go on... work out the equivalent cost over a five year period.

Is it going to take over from petrol right now – I don’t think so, but one day it will and when they do, Zero will be the company blazing the trail the others have to follow.

For more information on the Zero range, click here.

Thanks to Zero Motorcycles, Chelsea Honda for looking after the bike and Canary Wharf for allowing us to film.