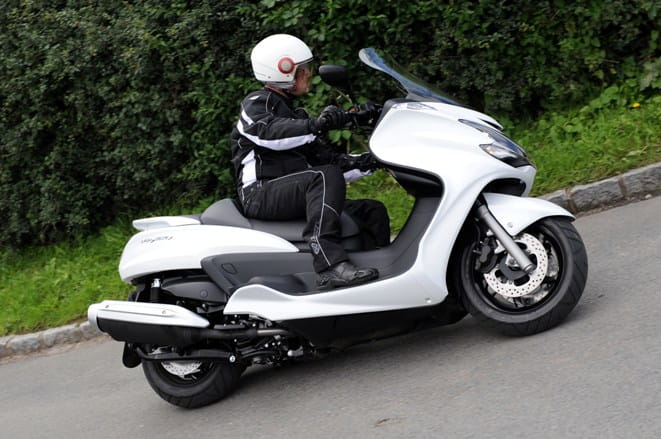 Like a middle child, Yamaha’s YP400 Majesty spent its life stuck between siblings; more grown up than the 125s and 250s in the range but not quite as boisterous as big brother T-Max. Beyond the reach of the learner and cost-conscious commuter but not quite enough for the performance-hungry.

Unlike a middle child though, the Majesty hasn’t taken to attention-grabbing stunts and wild changes in personality to tip the balance, it just got on with things and as a result offers – for the majority of riders – a realistic, useable all-round package.

At the core of that package is a 395cc, liquid-cooled, four-valve, DOHC, fuel injected, single cylinder engine. Although it hasn’t got the rippling muscles of the T-Max’s parallel twin, it pushes out a fairly respectable 33bhp (so it’s restricted license friendly, with no expensive alterations) and 26.7ft-lbs of torque. Both kick in quite high up the rev range – 7000 and 6000rpm respectively – and once up there, it’ll sing along quite nicely, topping out at around 90mph. Getting it there isn’t quite as rapid though, as the YP weighs in at 220kg; solo performance is fine, but add luggage and/or a passenger into the mix and it struggles a bit. 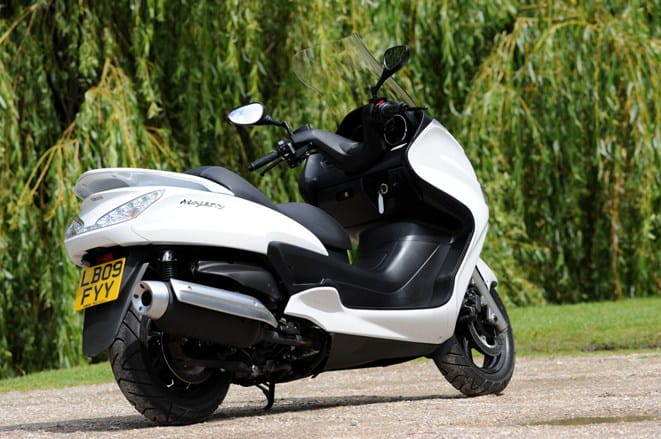 If you’re not too fussed about breakneck acceleration and three figure top speeds, the Majesty’s performance is more than enough for everyday use, and the odd long haul. It’ll cruise at motorway speeds with no problem and providing you don’t square up to R1's, can beat most away from the lights.

It’s in town where it really comes into its own though. The motor is as smooth as a smooth thing and will happily crawl along in traffic, or zoom through it, with very little effort from, or effect on, the rider.

The hefty kerb weight isn’t really an issue either, as it’s low slung and well balanced. Coupled with a solid chassis, light and positive steering, it makes light work of heavy traffic. An updated clutch in from 2009-on makes slow speeds a little easier too.

It also makes A and B roads rather pleasant too. Although basic in concept, the die-cast aluminum/steel frame, 41mm telescopic front forks and adjustable twin-shock rear keep everything in-line and fairly well planted. Straight-line stability is as good as can be expected with a conventional scooter-type chassis/engine layout like the YP’s, and it all stays fairly composed through the bends too. 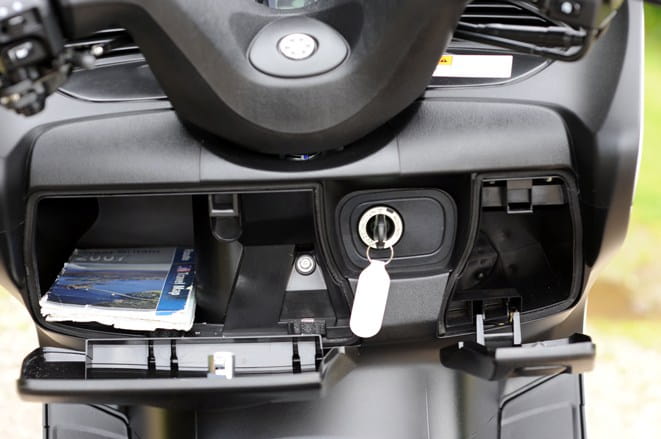 Push the Majesty a little too hard though and it sends a wee reminder that you’ve a 400cc lump swinging up and down underneath you. Although far from life threatening, the YP nods it’s head a fair bit when ridden hard, and like many machines with this configuration, doesn’t respond well to bumps and ruts in the road surface – the firmness of the damping doesn’t help with this either, it’s very hard indeed and makes for quite an unpleasant ride on rutted roads. Keep things smooth and sensible though and it behaves well, and should cope with most everyday situations.

For the situations you’d really much prefer to avoid, the Majesty comes very well equipped for stopping. Twin 267mm discs and twin piston calipers up front, plus a single disc of the same diameter and single piston caliper at the rear, will slow even the most enthusiastic of gallops. In 2009 the system got a new master cylinder and adjustable leavers, which helped.

There's plenty of stopping power and enough feel to keep the rider aware of how much force is being applied to the tyres. For those looking for even more peace of mind, and those looking to ride year-round, there’s also an ABS version. 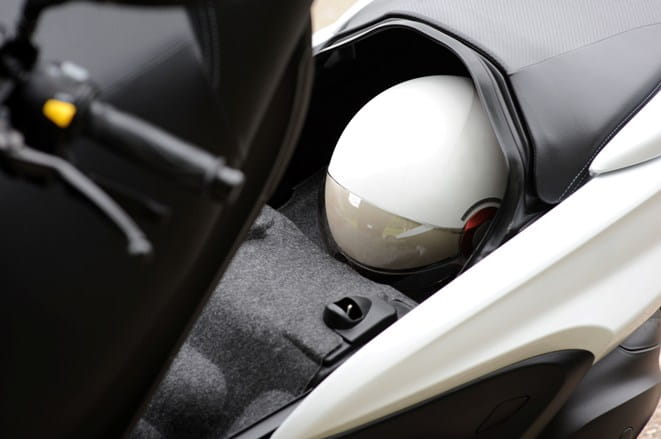 Winter riders can also rest easy knowing the Majesty’s bodywork will keep a fair amount of that nasty weather off them too. If that’s not enough, there are plenty of aftermarket options like heated grips, leg shields and screens.

As useful as those accessories are, the Majesty was pretty well specced straight out of the crate. From front to back, you get: fancy twin headlights; a decent size screen; a car-style dash with speedo, rev counter, trip, clock, fuel and temperature gauges; a hand-operated parking brake; two storage compartments in the leg shield – one lockable; a 760mm seat with rider backrest and enough room underneath for two helmets plus extras; a 14 litre fuel tank for a decent range, and a chunky passenger grab rail. An LED rear light cluster finishes it off nicely.

There’ll be no worries about any of those bits falling off either; the Majesty is very well put together and superbly finished. The overall look has benefited from a re-vamp in 2009 too; re-designed headlights, fairing and rear quarters gave it a more up-to-date and aggressive look, and still looks quite passable.

Also new for 2009 were improved ergonomics. Yamaha said they’ve fiddled with the whole set up to offer “…a totally relaxed and yet totally connected riding position.” I’d agree with that, the Majesty is very comfortable indeed and is very easy to manoeuver. The rider backrest is nice and deep and offers a good degree of support and although fairly firm the seat is comfy enough for daylong rides. It’s not too far off the ground either, which is great news for short riders, and the bars aren’t too much of a stretch either. Perfect. Well unless you’re six-foot plus. If you are, book a test ride before any signing is done, you might find it a bit of a squeeze. 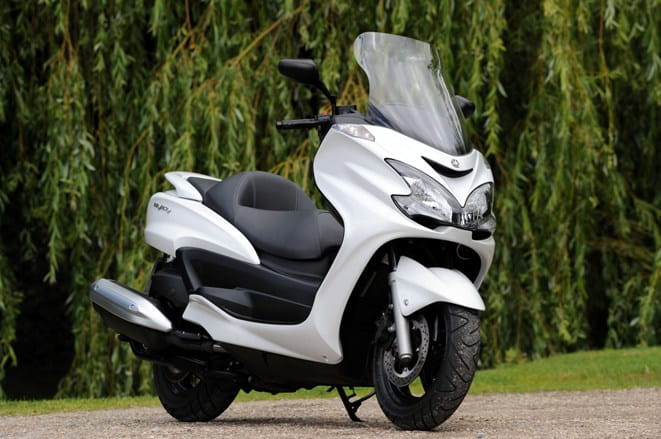 Everyone else will find it a breeze, with the low seat, superb balance at walking pace and the light steering, it’s a confidence booster for even the most timid rider, and a good all-round package for the more experienced.

That’s how I’d sum-up the Majesty, a good all-round package. It might not be as nimble in the city as the X-Max, or as exciting on the open road as the T-Max, but for those wanting a comfortable, well specced, well put together, good looking machine that can cope with a bit of both, it’s spot on…