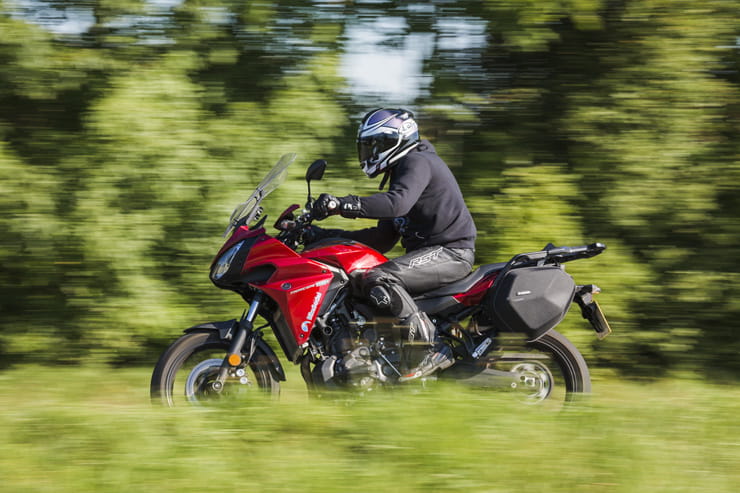 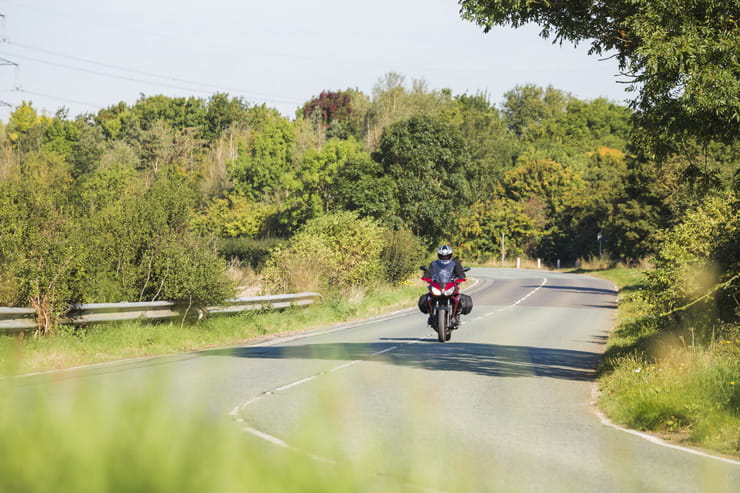 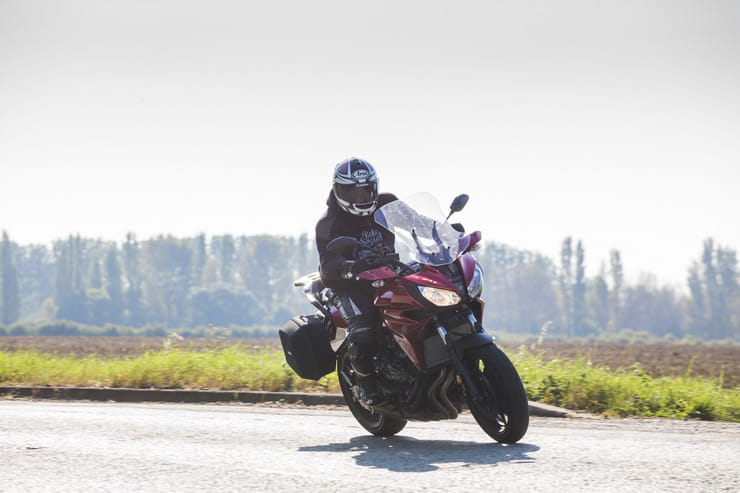 The first time I jumped on the Tracer 700 it took about 70 miles for me to decide this was the perfect bike for me. 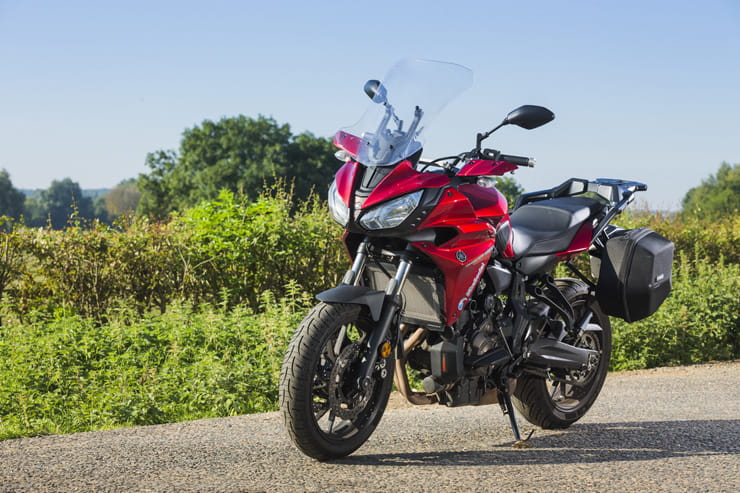 I’ve been riding the Tracer 700 now for about three months. Most of this has been the dual carriageway commute from Coventry to Peterborough. This habitat is where the bike feels most at home but with about 1000 miles together, I decided it was time to ride some more demanding routes.

A trip to Louth meant stuffing the Yamaha option soft panniers with a week’s worth of clothes and toiletries. The panniers look small but are around 30 litres each and can carry a surprising amount of stuff. They also have a waterproof bag to keep things dry if the weather goes British! This was the first time I had ridden the bike with full fuel and fully loaded panniers. Happily, the bike felt no different to ride than before. Impressive considering it would’ve be nudging the 220kg mark. 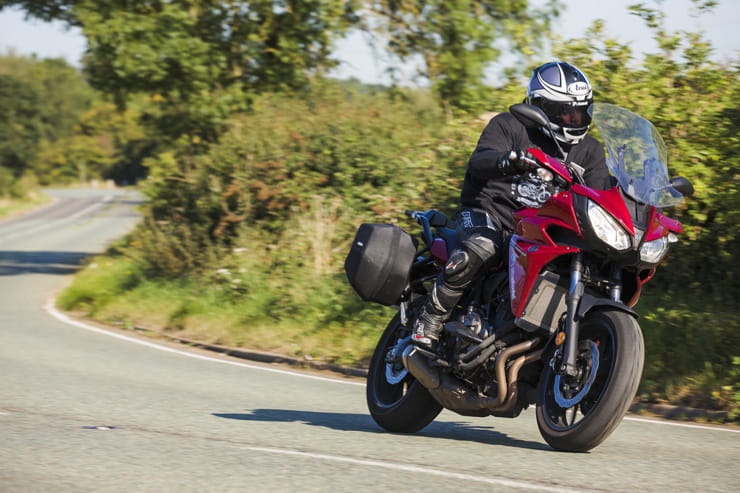 Composed in the corners and comfortable for two hours or more

The fairing looks wide and like it would make filtering difficult. It must a be a trick of the eye because it doesn’t come close to catching you out. The fairing design is such that the widest part sits above most car wing mirrors making it really easy to scythe through tail backs.

Tracer 700 is a fantastic long distance machine; the bike devours dual carriageways with ease. It is also the comfiest bike I have ridden, the thick rubber clad footpegs are vibe free and the mirrors are crystal clear at motorway speeds. The large seat is good for two hours or more, with my other half reporting that the pillion seat is just as comfortable. The gear change is precise but does require a hefty shove to get it into gear when the engine is cold. 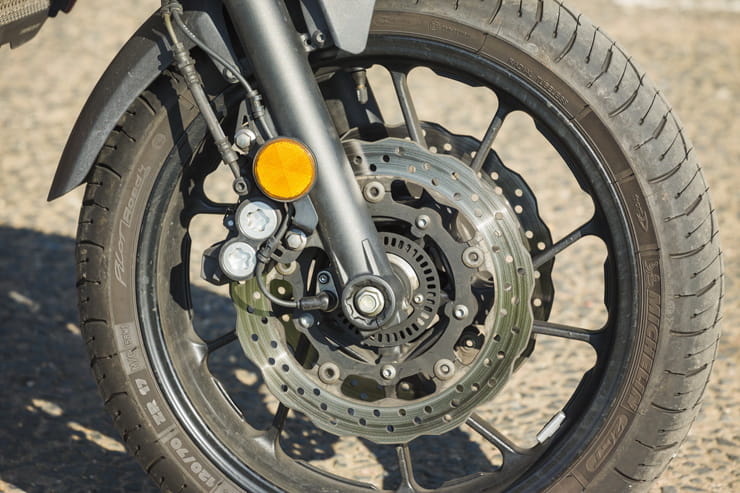 Front brakes could do with more bite

As I turn onto the A157 at Wragby the sun is well and truly set and the Tracer 700’s headlights are put to the test. For me they are too dim. Dip beam has a good spread and bathes the road ahead nicely but the main beam doesn’t cut through the darkness as well as I would like. Its not that level of light is dangerous, I’m probably being picky; I’ve upgraded the bulbs in most of my own bikes.

Anyone who has ridden to Cadwell Park for the BSB or a trackday will agree with me here – the roads in this part of the world are awesome. You have stunning scenery, elevation changes and fast sweeping corners. Sure, it would’ve been more fun in the daytime but even at night the Tracer 700’s split personality really comes out. The suspension which was plush and comfortable on the motorway works well on the twists and turns of the A157. The front end is really composed under hard braking and the bike holds a line through a corner well. It encourages you to get on the gas early, using the torque of the 270° cross-plane engine to fire the bike out of the apex. The next adventure for the Tracer is a trackday. I’m sure in the right hands you could embarrass some sports bikes in the intermediate group! 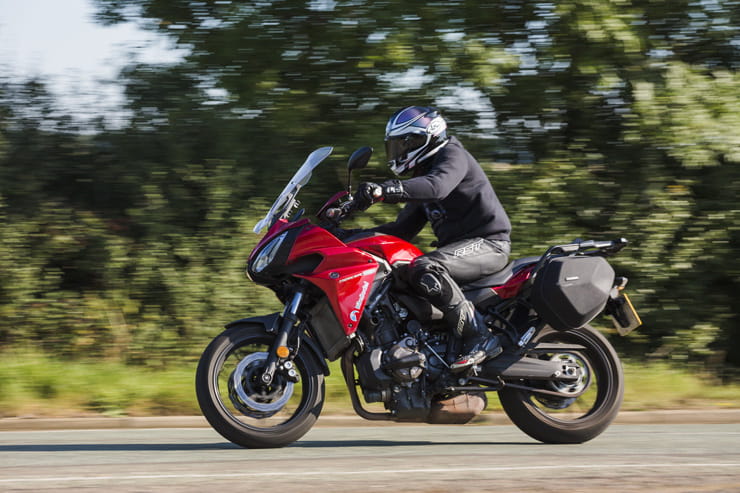 If I’m being picky the front brake does lack some initial bite, a set of high performance pads would help. Once you get past that though the dual 282mm discs and four pot calipers do a great job. Another niggle is the location of the horn button. For some reason Yamaha have placed it to the right and slightly above the indicators. It is too far and too small for you to find it when you need it.

All things considered the Tracer 700 is a perfect fit in my garage. It works on a weekend blast through the scenery if the mood takes me, yet carries me to the office on a Monday morning quickly and in comfort. Bravo Yamaha! Now, when’s the next trackday at Cadwell… 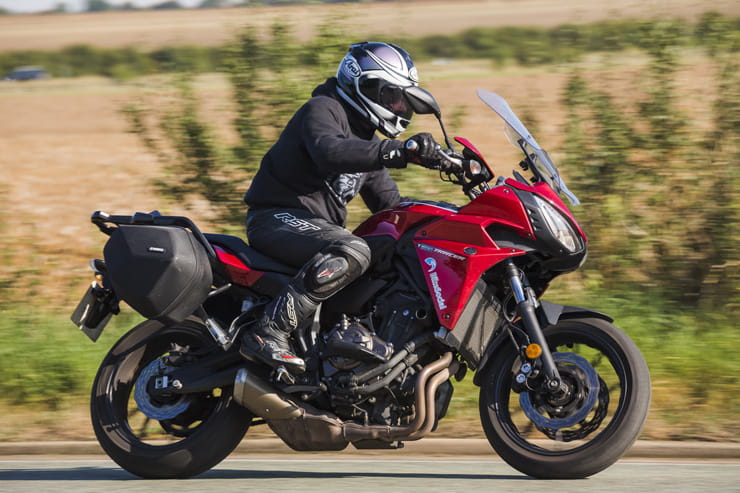