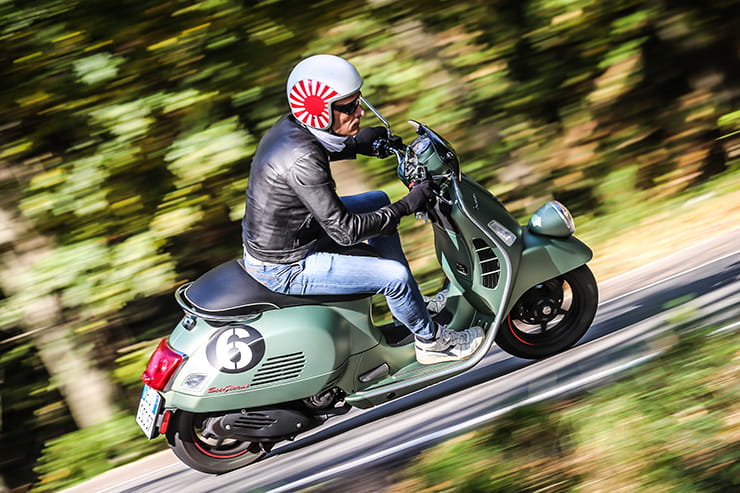 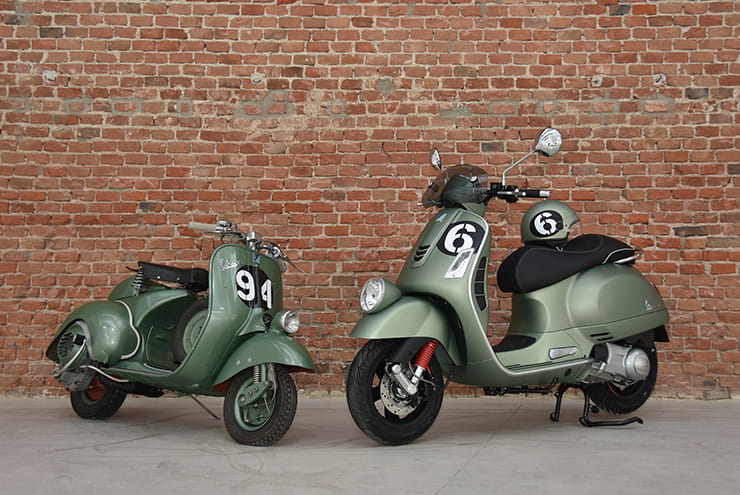 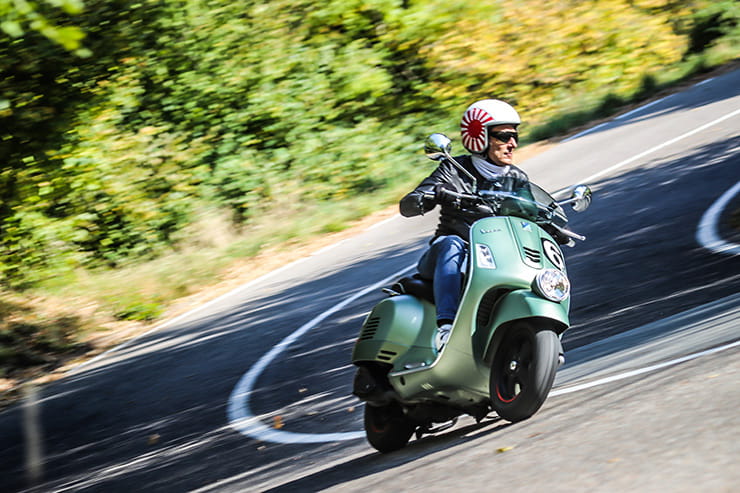 Vespa is an Italian manufacturing icon and symbol of the Italian renaissance after the second world war. This scooter became famous worldwide thanks to the movie ‘Roman Holiday’, a romantic comedy directed by William Wyler in 1953 where Gregory Peck and Audrey Hepburn did a little sightseeing around Rome on a Vespa 125 low light. The far-fetched story between an American reporter and a young princess eclipsed the sporting image of the Vespa built some years earlier and some 375 miles away from Rome, where Piaggio’s scooters were under the spotlight due to an unexpected international motorsport triumph. 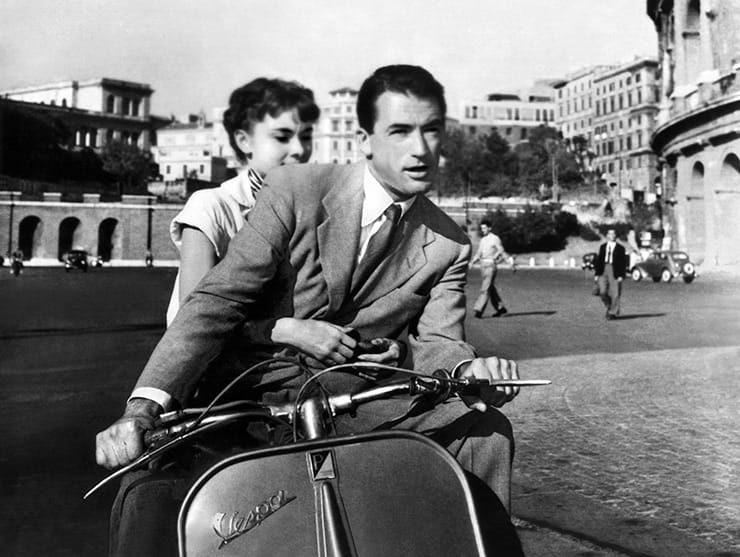 The 26th edition of the ISDT was held 18th - 23rd September in Varese, Northern Italy. Usually referred as a sort of Olympics of Motorcycling, with trophies for best six-rider national, four-rider junior national, three-rider women's national, three-rider club national and three-rider manufacturing teams. This competition mixed off-road and on-road routes and a track session at the Monza circuit. The race was won by the UK team (Rist, Viney, Alves, Stocker and Ray) although the most unexpected result came from the Piaggio Squadra Corse. In fact, rather amazingly, their tiny Vespa 125, specially prepared with a larger Dell’Orto SS23P carburettor, high performance exhaust and two petrol tanks was able to win 9 individual gold medals. They also earned Piaggio the Industry Gold Medal, as the only Italian team to win the trial. After this unexpected triumph, the Piaggio’s were produced in a limited edition, only around 300 units, obviously destined for the regularity competitions sold at four time the price of standard Vespa 125. 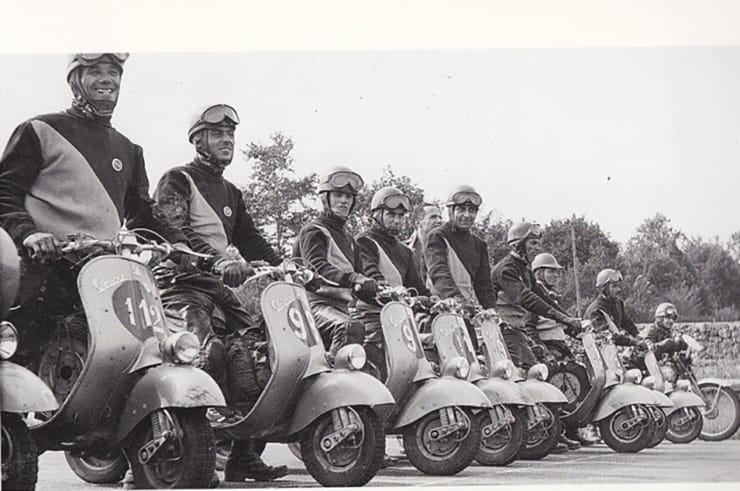 The ‘Sei Giorni’ isn’t a new model but a clever refurbishment of the GTS 300 launched in 2006 for the 60th anniversary of the Vespa. Some of its styling details such as low headlight, chrome handlebar and the small dashboard with a white background remind us of its ancestry. Coated in a charming and almost military-style matt green which contrasts nicely with the all-black rims wheels and silencer, the Vespa Sei Giorni show off its sporty spirit with the burnished windshield, black number plate and one-piece saddle which is lavishly made in dual leather and piping with white stitching. As every respectable special edition, the Vespa Sei Giorni has its identity shown on the metal plate with the serial number struck on the leg shield. Despite its racy look, the Vespa Sei Giorni pampers its owner with some attentive details such as a wide helmet compartment, USB port and the storage compartment in the leg shield back plate maybe not really in racing style soul but certainly useful. 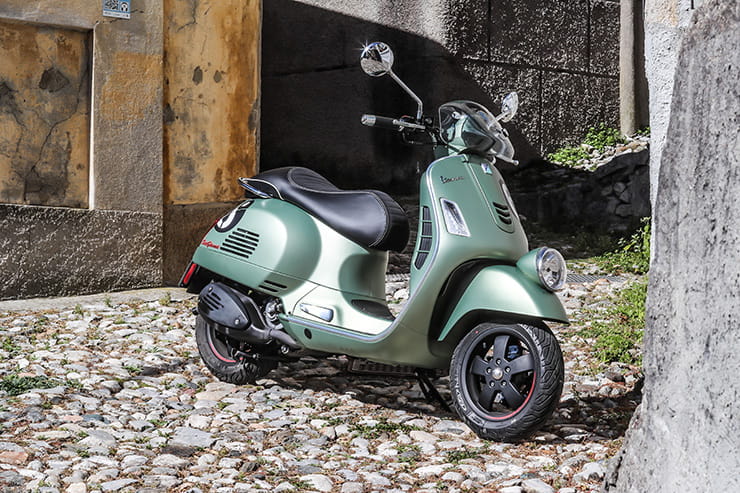 The press launch of the new Vespa Sei Giorni was held in Varese, on the same roads where 66 years earlier, the 125 won 9 gold medals. Even though it was a long time ago, Varese hasn’t changed too much. There are always mazes of narrow and steep roads that link the lake to the highest part of the city, named Campo dei Fiori. In short, it means that you can reach the highest point starting from the lake in 15 km and with 1000 metres of difference in altitude. Seated on the Sei Giorni I was impressed with its eye-catching finishing. Seat, grip, dashboard, handlebar switches, paint, everything looks really attractive. Turn on the engine, I am surprised how unintimidating it is, maybe too much for a single seat scooter with black number plate.

Although its single cylinder 4-stroke, 4- valve, liquid cooled it has lost 1hp after the Euro-4 treatment, it is still capable of putting out 21.2 HP at 7750 rpm with the respectable hit of torque of 22 Nm at just 5000 rpm. On the open road, the Vespa gets quickly from 0 to 45mph. The game’s over when the speedometer shows 75mph but the impression is that it could be faster with a different final ratio.

However, maximum speed isn’t important stuff, especially for a scooter. The Sei Giorni is incredible fast whether you dash around the snaking roads or on every kind of paved surface thank to an impressive suspension setup. Riding this Vespa along the old trial stage of the Six Day race, from Palace Hotel to Sacro Monte, I was surprised by the suspension response, it’s able to absorb the potholes and large cracks founds on this mountain road. If you are riding with a little more vigour, the noise of centre stand is scraping the tarmac reminds you that we aren’t in 1951 and your licence driving is in danger. For this reason, I cannot say that it’s a defect of the new Sei Giorni but simply a warning message. On the contrary though, I have no doubt that a responsive brake is needed. I’m also unconvinced about the dashboard readability. It looks lovely but like its ancestry is too small for the view of a middle-aged man like me. 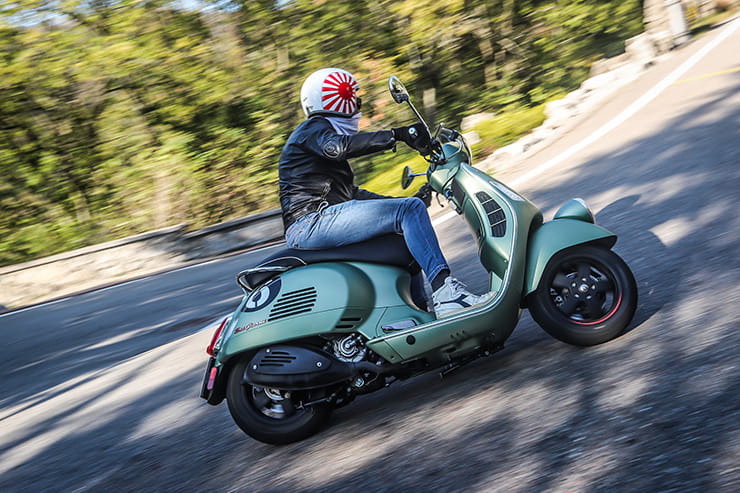 This is the question that I had in mind while riding this Vespa along the Varese route. Left, right, left, downhill, brake, u-turn, I keep an eye on my rear view mirror and I can see my photographer getting smaller and smaller. He’s riding a T-Max and he’s really in trouble trying to follow me on these narrow and crazy roads despite his Yamaha having double the amount of power and I am not at all a fast rider. He uses the power to his advantage and reduces the gap only on the straights. The Vespa boasts perfect balance and you can focus on the next turn confident that it will digest the change of direction and any obstacle with ease.

I turn off the engine and we are safe back at the hotel and I reflect, thinking that if the Vespa Sei Giorni could win again, then the next Six Days will have to be held in maze-like location like Varese. 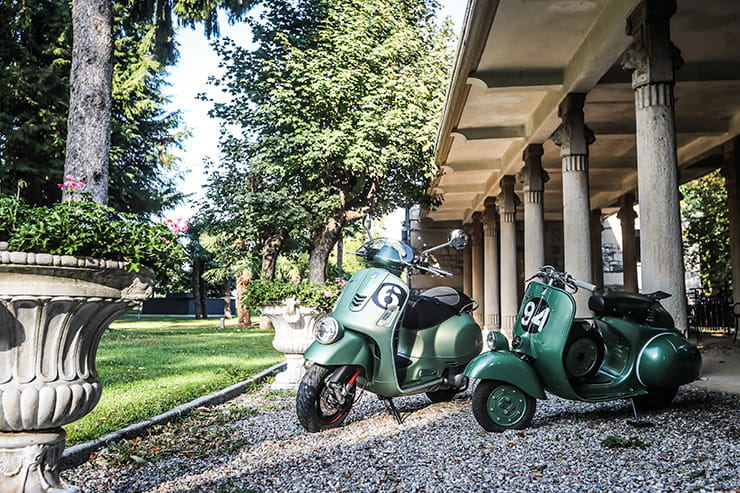