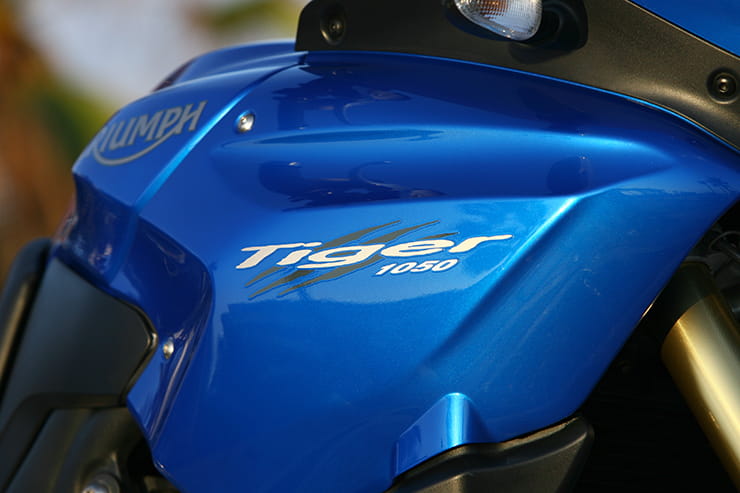 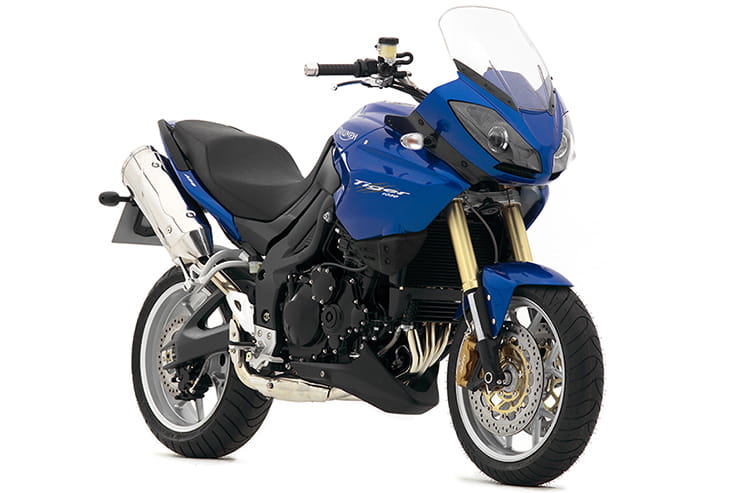 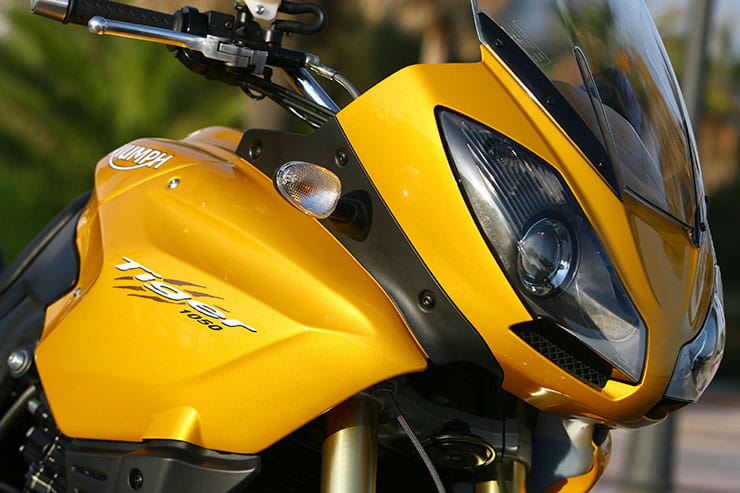 When it was launched in 2007, the 1050 moved Triumph’s Tiger in an all-new direction. Previous incarnations of the firm’s big capacity adventure bike had featured ‘odd-sized’ wheels to give it a more rugged look, however with the 1050 Triumph recognised the fact that this style of bike was rapidly evolving to take over the sports tourer segment and as a result armed their new Tiger 1050 with 17-inch wheels. It was a smart move that made the Tiger an instant hit in the showrooms.

Although sometimes incorrectly pigeon-holed as a ‘big supermoto,’ the Tiger 1050 is most certainly not one of these bikes. Yes, it has 17-inch wheels and therefore isn’t a true adventure bike, but it retains a large 20-litre fuel tank, wonderfully roomy riding position the long travel suspension that makes adventure bikes ideal for distance riding. It just also happens to handle surprisingly well thanks to those wheels.

Although initially a little intimidating at low speed due to its fairly tall feel (in reality the seat height is only 835mm, lower seats can be sourced) and top heavy nature when fully-fuelled, once you get rolling the Tiger’s weight falls away. On the go this is a wonderful bike for covering miles on and pillions also seem to really click with the Tiger, something that is always good to hear. While the weather protection is a little lacking in comparison to a full-on adventurer, a taller screen makes a world of difference and doesn’t ruin the bike’s good looks too badly. But the best part about the Tiger is unveiled when you reach your destination….

Remove its panniers, deposit your pillion at the hotel pool and you can really enjoy a Tiger on twisty roads. Although the OE suspension is a touch bouncy, it is fully adjustable (the shock lacks compression adjustment) to allow you to firm it up and than you can really have a ball. The radial brakes deliver a good amount of bite, ground clearance isn‘t really an issue and that triple motor (aside from its gearbox) is a joy to not only hear reverberating off the mountains’ sides, but also to experience as it drives out of bends with minimal fuss and lots of lovely torque.

If you want a bike that does it all but still retains a bit of character, try a Triumph Tiger 1050 out for size. 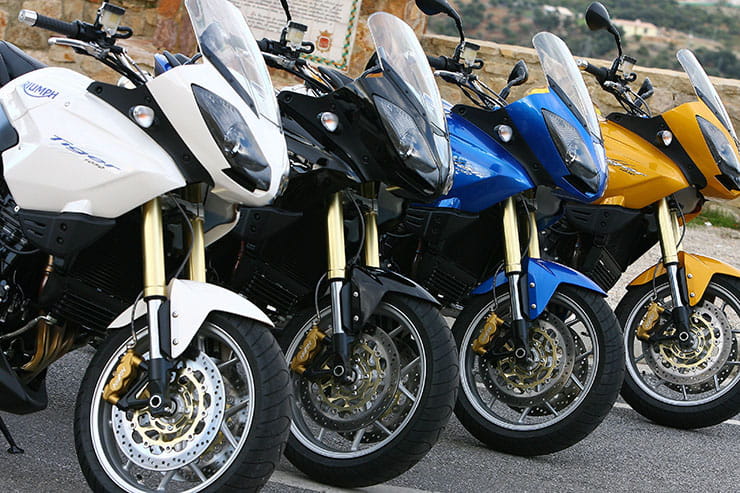 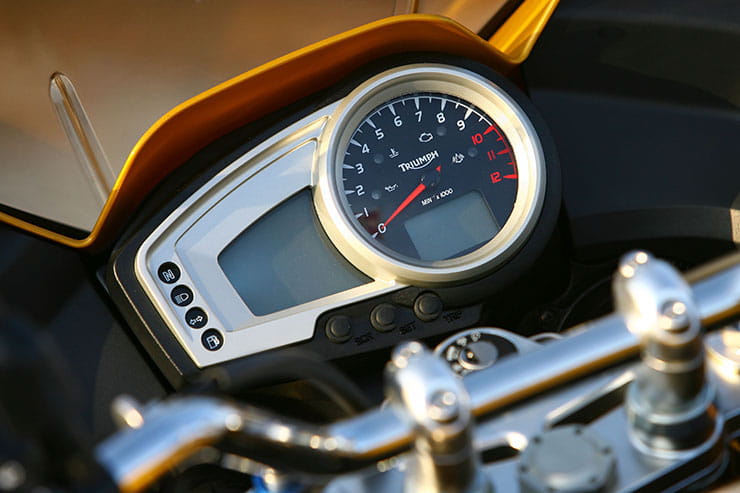 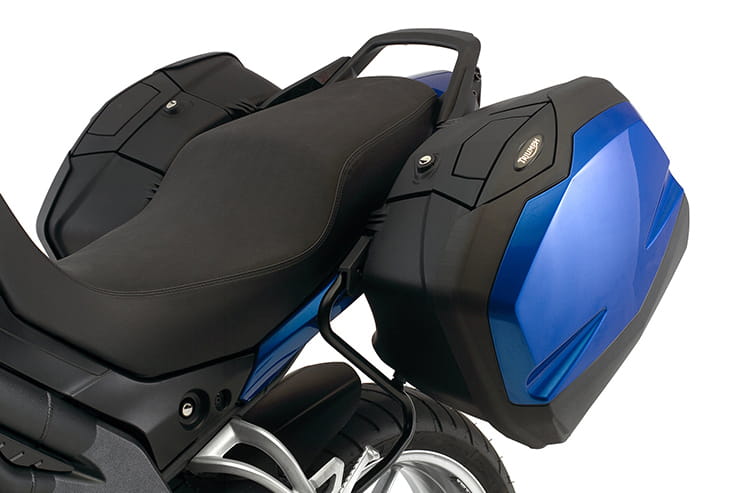 The good thing about the Tiger 1050 is that unlike so many other 1050-engined models, it has a double-sided swingarm so you don’t have to worry about seized hubs. That said, the suspension linkages still have a habit of seizing up if not stripped and re-greased every 12,000 miles (this is a minimum value, more regularly is recommended) so always check the rear end for any potential issues here. And the same goes for the shock, which owners report can start to lose its damping at the 20-30,000-mile mark. To be fair that’s not a bad innings for an OE shock and a replacement aftermarket unit can be found for in the region of £350-£700 depending on spec. Fork seals tend to last longer, but give the front end a good bounce and then inspect the seals (wipe some kitchen roll around them) for any leaks.

If you want ABS then you need to buy an SE version of the Tiger 1050, but that’s not a bad thing to do anyway as they are a slightly higher spec than the stock bike. The same is true when it comes to panniers (43 litres of lovely storage) as they come colour-matched to the bike and alongside heated grips are better to buy already fitted than try and source in the used market and retro fit.

Onto the nuts and bolts and corrosion does tend to send owners into a bit of a meltdown. The plated oil pipes are situated on the front of the engine, which is where all the road crud hits them, and their finish very quickly flakes off. Another source of worry is the radiator, which can rot and fracture where the water pipes meet it as the unions aren’t very robust. A few owners suffer starting issues, which sounds drastic but is often traced back to the micro-switch on the clutch, which needs to recognise the clutch is pulled in for the bike to start but can get sticky with age. A good clean usually sorts it out, but a replacement unit is fairly cheap and a simple item to swap. More worrying is the stator, which can burn out if the bike’s electrics are overloaded with too many power-sapping aftermarket items and is fairly pricey at £150 for a quality aftermarket item and £250 for a Triumph OE unit. A few owners report gearbox issues and the bike being a pain to selecting neutral on, however this is essentially just down to the fact the 1050 engine’s gearbox is, well, a bit pants… A well-adjusted chain makes it a bit better.

The Tiger’s big valve-clearance service is every 12,000 miles and shouldn’t be missed as while they seldom need a tweak, there are occasional cases of them requiring a bit of an adjustment. Expect to pay in the region of £500 for a dealer to do the work, possibly more if they need altering. If the bike has an aftermarket exhaust fitted, ensure it has the Triumph ECU remap to match and be aware of crash damage as the Tiger is quite top heavy.

Finally, think about optional extras. Owners report the OE seat is a touch firm, so an aftermarket gel seat (standard on the SE) is a worthwhile addition if you are looking at covering miles alongside a taller screen as the stock unit is fairly short. A centre stand (also stock on the SE) is great for adjusting and lubing the Tiger’s chain and owners say HID lights are a welcome addition as the OE lights are fairly poor. Oh, and ignore the fuel gauge, it is notoriously inaccurate!!! 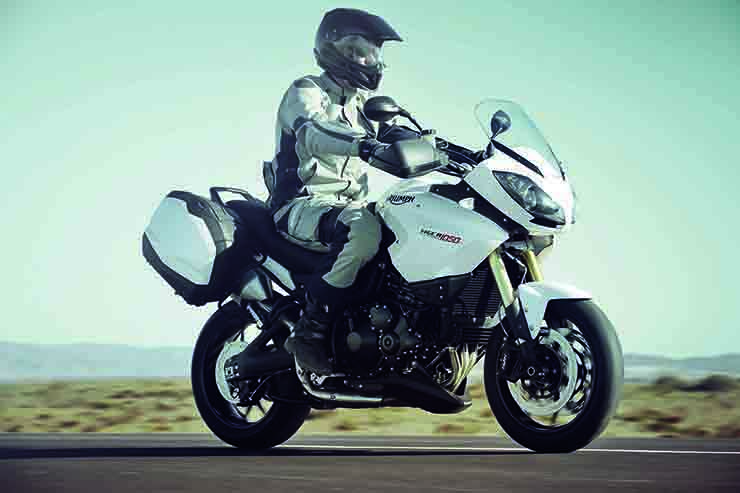 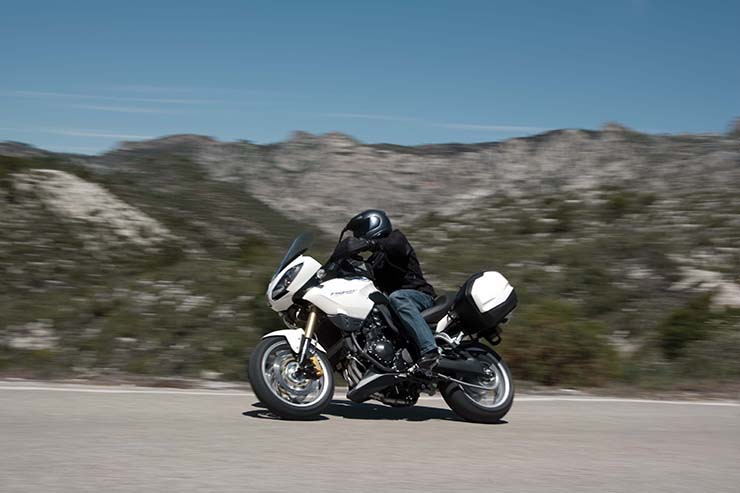 The Tiger 1050 first arrived in late 2006 as a 2007 model and wasn’t really updated that significantly throughout its lifespan. In 2009 an SE model joined the range, bringing with it ABS, colour-matched panniers and hand guards as standard. In 2010 the SE’s spec altered slightly to also include a gel seat and a centre stand while 2012 saw a more major update to the Tiger 1050 and SE. Visually, the 2012 bike gets black tapered bars, which are 20mm lower than before, while several items are ‘de-chromed’ and others given a black finish (wheels, sprocket carrier, calipers) and the bike’s decals altered. The motor was essentially unchanged, however the suspension was made stiffer with new springs and altered internals. The stock Tiger 1050 and SE were dropped from Triumph’s model range at the end of 2013 because 2014 saw the arrival of the Tiger Sport, a far more sports focused model that was based around the Tiger but with numerous updates to its engine, chassis and electronics. Although a few Tiger 1050s remained in dealers, which is why there are 2014 and 2015 registered bikes, its production technically ended at model year 2013. 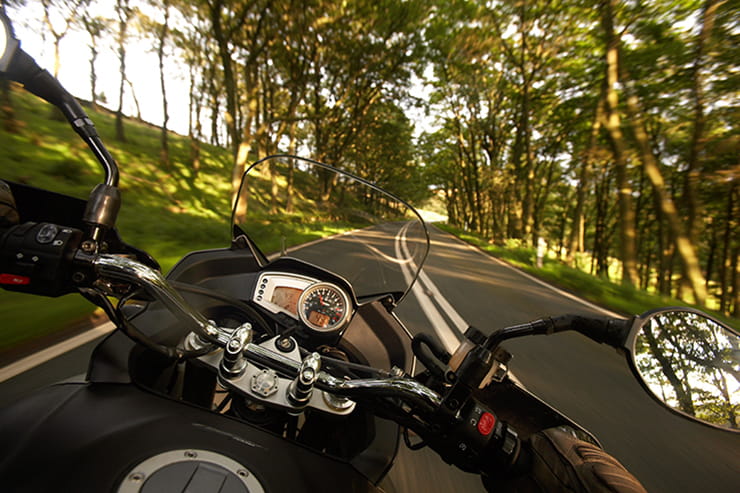 Prices for a Tiger 1050 start in the region of £3,500, however that means you are looking at a fairly well used machine showing over 35,000 miles on its clocks. Aim to spend nearer to £4,000 and for just £500 more you will be able to pick up a bike that has covered closer to 20,000 miles. In the used market there is very little difference in price between an SE and a stock Tiger, so always opt for the SE if possible as you get ABS and a few worthwhile extras. If you want the updated 2012 bike you will need to splash out in the region of £4,500 - £5,500 depending on mileage and condition with a very late model 2013 bike setting you back £6,000. Prices for the Tiger Sport start in the £6,000 region. 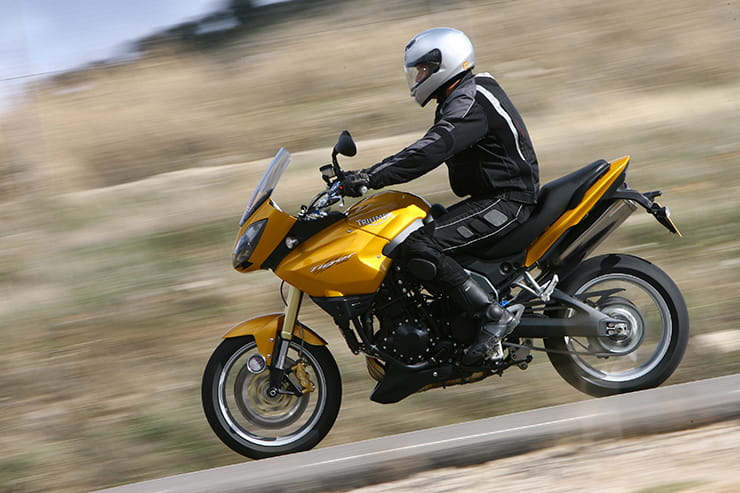 The Tiger 1050 has quite a passionate fan base and there are several owners’ clubs and fan pages. One of the largest is www.tiger1050.com, which claims to have over 11,000 members populating its very active forum, however Triumph RAT at www.triumphrat.net has a dedicated Tiger section and is also a very good source of information and hints and tips.

Looking for Motorcycle Insurance - click here to get a quote for this bike.