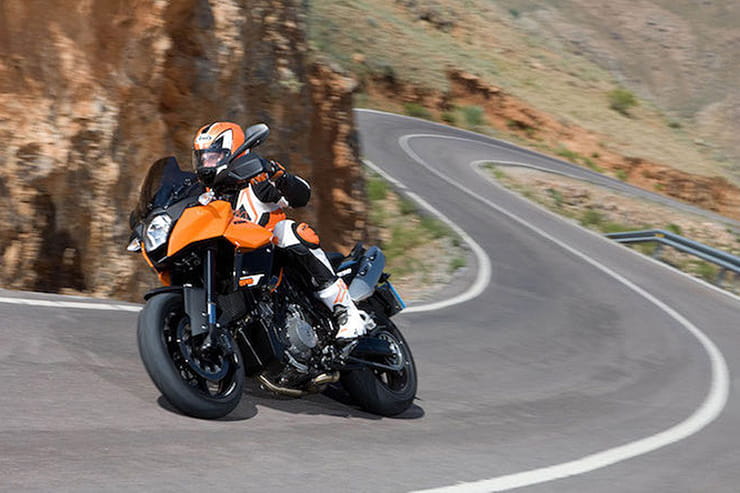 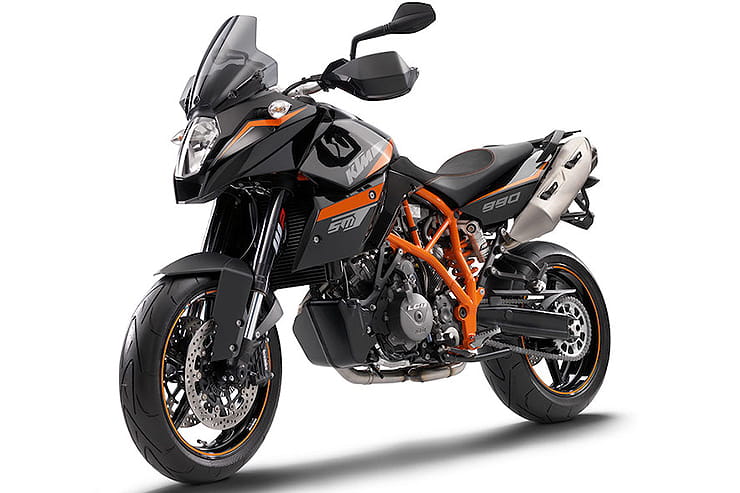 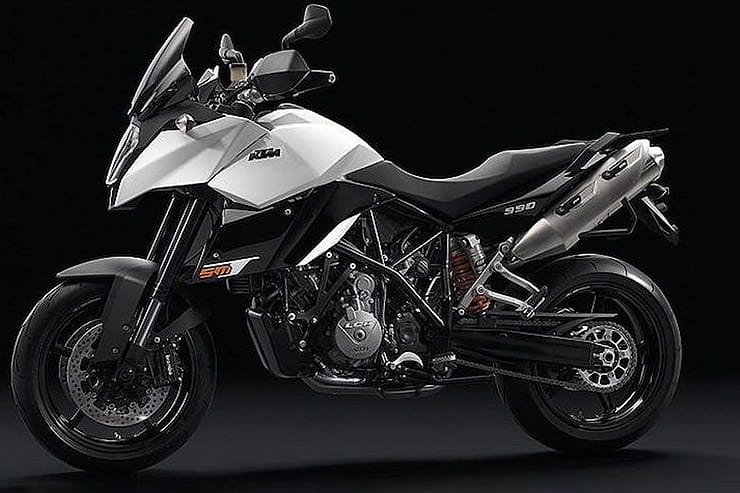 KTM’s 990 SM-T is one of those bikes that slips under most people’s radar but is actually a lively, entertaining street machine with more than enough versatility for most.

The Austrian manufacturer is more commonly associated with off-road machinery and as such isn’t the first stop for anyone looking for a new road bike, which is a shame because while Ducati’s Multistrada steals the headlines, the SM T is a chunk cheaper and a superb alternative.

The SM part of the name stands for Supermoto, something that KTM are also renowned for. While the ‘T’ stands for touring. So, while derived from KTM’s manic 990 SuperMoto, the SM-T has better comfort via a larger fairing and relaxed riding position and reasonable luggage possibilities. The result is virtually as fun, fast and nimble as the SuperMoto but with enough versatility and practicality to make it a genuine rival to ‘sports adventure’ bikes like the Multistrada. The arrival of the 1290 SuperDuke in 2013 led in turn to the SM-T being superceded by the SuperDuke GT in 2016.

Big KTMs are rarely cheap as new buys, despite many of their components being shared between models and the SM-T is no different. At around £9500 when new it was similar money to the BMW R1200GS, although, in its defence, high spec cycle parts including multi-adjustable WP suspension and top end Brembo brakes went some way to justifying the cost. As a used buy, however, KTM can’t boast as strong residuals and we’ve seen decent, used examples with little more than 20,000 miles on its clocks for under £4500. 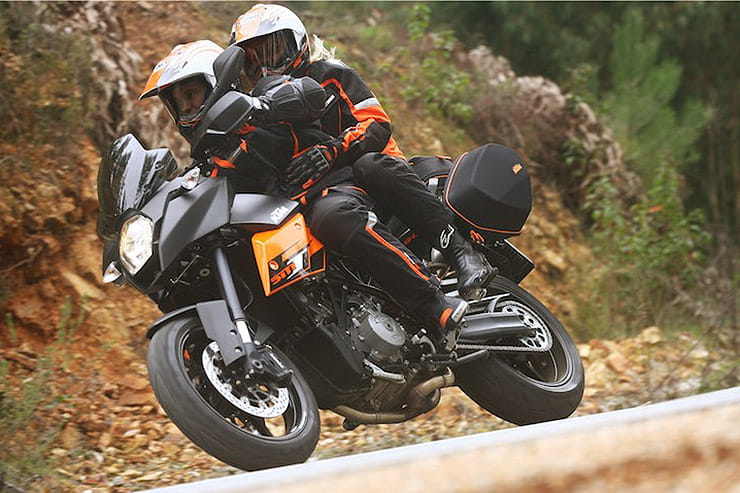 Although the SM-T’s 999cc V-twin can’t match the prodigious 160bhp+ outputs of the 1301cc units that came later, nor even the 150bhp of the Ducati Multistrada which debuted in 2010, it’s still punchy, free-revving and fun. It delivers its performance in a smooth and reassured fashion with a feeling of control about it. It’s also more than happy to play the fool (it wouldn’t be a KTM if it wasn’t capable of a decent wheelie) but is also a friendly engine and not one that is likely to scare you senseless.

The SM-T is powered by the same Rotax-built, ‘LC8’, 75-degree, liquid-cooled, four-valve V-twin used across KTM’s big bikes of the era – not just the 990 SuperMoto, but also the 990 Super Duke and 990 Adventure. Although it lacks the refinement of some rivals and the succeeding 1301cc unit and can be a little juddery and lumpy low down it smooths out higher up in the rev range and is generally responsive and lively. The six-speed gearbox is without complaint and the twin, high mounted exhausts are fruity and cleverly incorporate a mounting system for the official, albeit fairly small, panniers. Reliability is generally good but KTM’s V-twins are known to have fairly high oil consumption and oil leaks aren’t unknown. Metal finishes can be a little suspect, too. 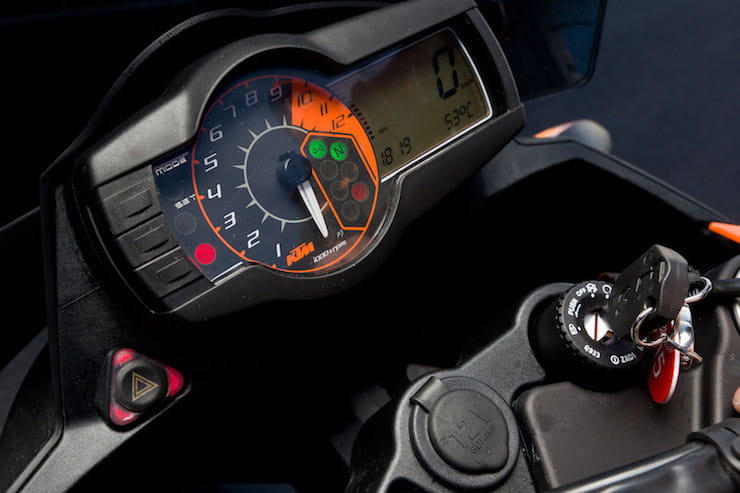 Considering its engine size and performance, the KTM SM-T’s average fuel consumption in the high 40s isn’t at all bad and, combined with the decently large 19-litre fuel tank ensures a useful working range approaching 200 miles – although this can drop significantly if ridden hard.

Don’t think of the SM-T as an adventure style bike with sporting pretensions. Derived from the sharp, loony SuperMoto it’s instead a nimble, sprightly supermoto that’s been calmed down a bit and made more practical.

The tubular steel space frame is essentially the same as that of the SuperMoto. Made from thin-walled chrome-molybdenum steel tubing with a bolted-on, light alloy subframe it only weighs 9.5 kg (20.9 lb) yet impresses with exemplary torsional stiffness. The 575 mm (22.64 in) swingarm with conical profiles contributes plenty of mechanical grip, too.

The quality WP suspension is basically the same as the SuperMoto’s, too,  although the beefy, 48mm inverted forks have had their internals modified slightly to reduce travel and make it slightly more composed. Quality both front and rear is excellent and they’re fully-adjustable, too. While, neing a lightweight, performance V-twin, despite the ‘touring’ add-ons, means the SM-T is comparatively light as well. As a result, the SM-T is almost as nimble and sharp as the SuperMoto and has a surprising amount of agility, so much so that the front end can get a bit light at speed. But it’s never alarming and the 17-inch wheels and decent chassis allow it to hustle through B-road bends. 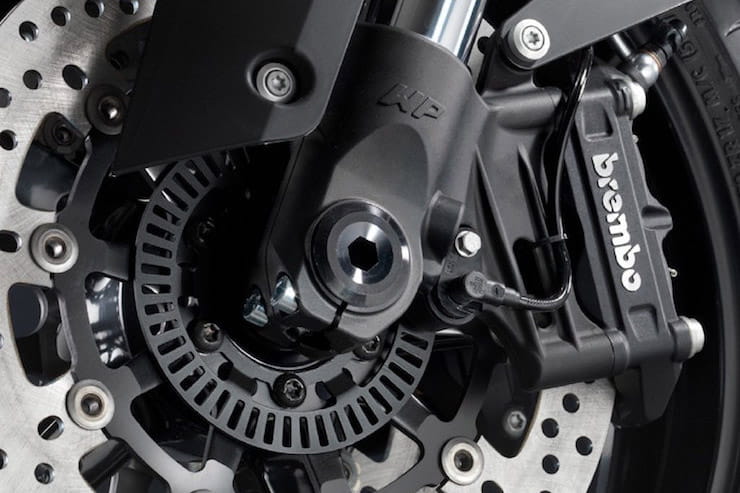 As with its suspension, the SM-T, like all KTMs, comes with top spec brakes as well – namely big, 330mm twin Brembo discs grasped by powerful, radially-mounted four-piston brake callipers all at the command of a radial master cylinder. Standard ABS provides a welcome safety net should it be required.

Better than you might expect – and one of the areas where the SM-T genuinely surprises. Although based on the stumpy, aggressive 990 SuperMoto, the SM-TWith a large padded seat, inbuilt pannier mounts and front fairing the SM T can easily soak up the motorway miles on a touring holiday, has a different tank and seat, larger-frame-mounted fairing and far roomier ergonomics which all work impressively well. As a result, the riding position behind the tapered, perfectly angled, aluminium handlebar supports relaxed touring equally as well as hitting the gas with commitment. Although ultimately the seat is a touch hard and its screen a little low (a taller touring version is available), the SM-T is a far more capable tourer than you might expect.

Although recent KTMs have been class-leading with their sophisticated electronic aids and rider interfaces, that all came in after the SM-T – starting with the 2013 1290 Super Duke. Instead, apart from ABS, the SM-T has no electronic rider aids and, what’s more, as its derived from the minimal, aggressive SuperMoto has little by way of other creature comforts – although things like luggage and heated grips are available as optional extras. On the plus side, most owners tend to ‘up-spec’ and pamper their machines so many used buys will come with useful extras such as pipes, screen, comfort seat, heated grips and more. 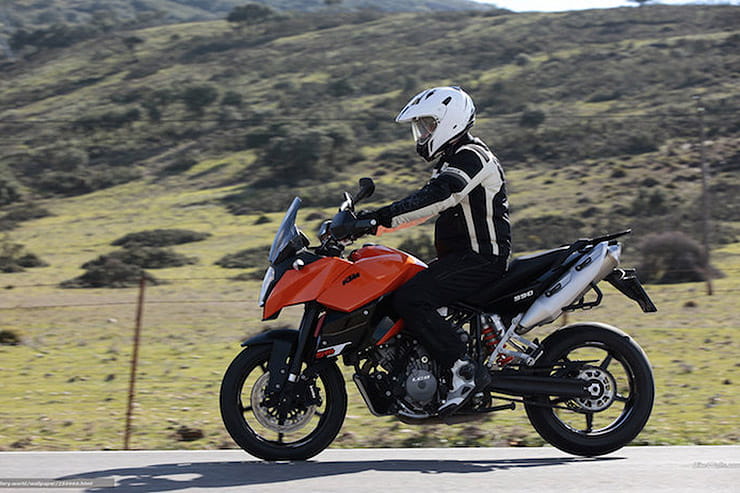 With KTMs you get the feeling that they are bikes built by people who ride themselves, not faceless computers, and as such every orange bike comes with a huge amount of inbuilt ‘fun factor’ as well as practicality. The SM T is no exception.
Ducati’s Multistrada is certainly the more advanced machine, but don’t write off the SM T, it’s a charming bike to ride and packed full of soul. It also has a wicked side just waiting to be released…

Three things we love about the 990 Supermoto…