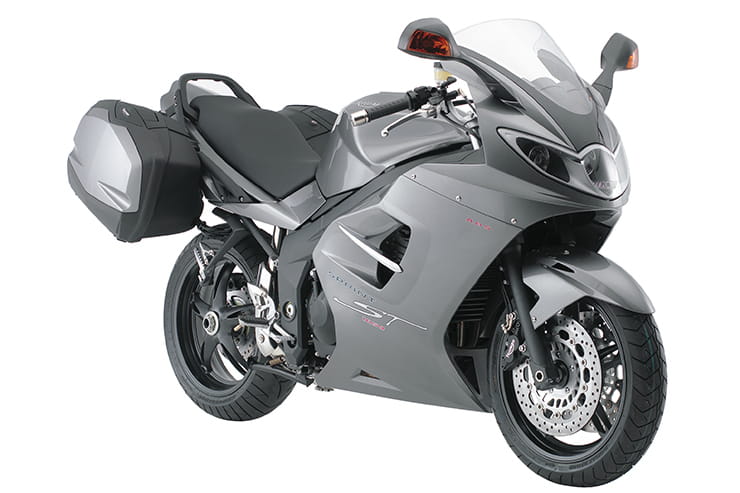 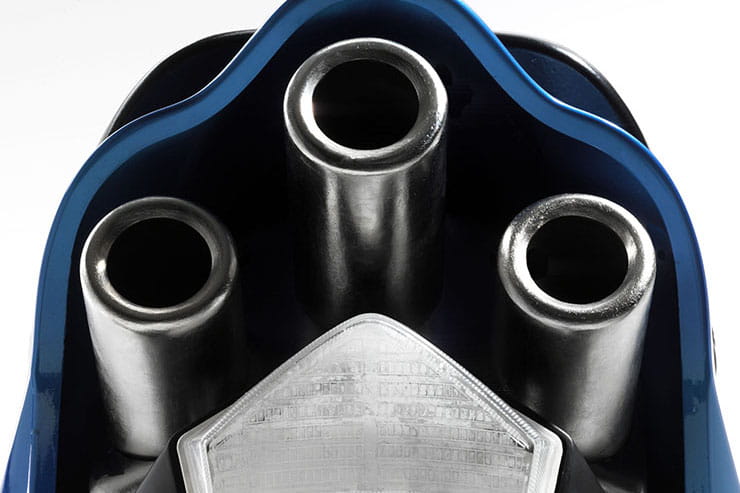 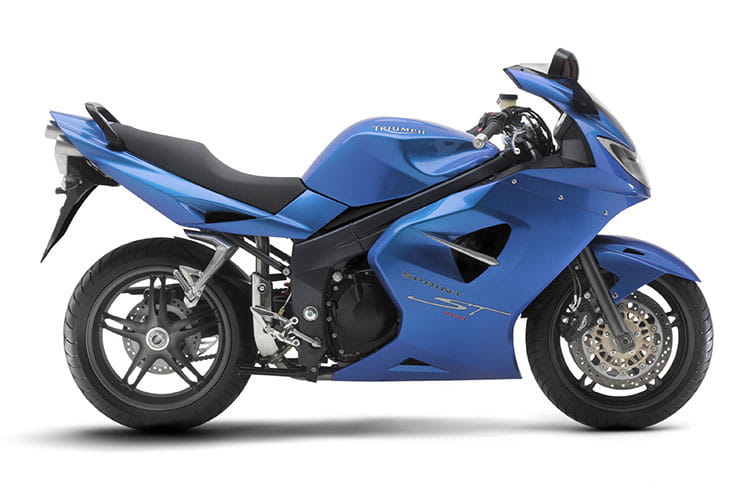 When it comes to a lightweight sports tourer, most riders plump for the ubiquitous Honda VFR800 and use such excuses as ‘it’s so reliable’ or ‘the build quality is excellent’ to justify their lack of imagination. Don’t get us wrong, we aren’t knocking the VFR (although early V-TEC models are a touch frustrating), but there are a few more entertaining bikes out there in this segment. And for us one of the best in terms of value and performance is the Triumph Sprint ST 1050.

Taking over from the 955cc version in 2005 and bringing with it a slightly tweaked version of the Speed Triple’s wonderful 1050 engine in a ground-up new bike, the ST is an absolute star of the used bike world. Great looking, extremely practical and fairly solidly built, the ST has just enough of the sports to make it fun to ride while not forgetting its all-important touring side. And considering many used bikes also come with panniers already fitted, life on the open road can’t get much sweeter!

The 1050 version of the Sprint ST was designed at a point when Triumph had their eyes firmly focused on ‘real’ road riders rather than their current fascination with fashion-led machinery and as such their design team really hit the mark. The triple motor’s blend of power and torque makes it ideal for a sports tourer and thanks to a new chassis and a very cool look (you just have to love those triple-exit underseat pipes) the ST is a very visually appealing machine. Add to this a centre stand as standard, 20-litres of fuel capacity, loads of accessories and even a seat that has more than enough padding for both a rider and pillion and you can see why the ST has a huge following of devoted fans. And with used prices starting at just £2,500 for a decent one, its fan base is swelling by the day. What a shame Triumph decided to kill this excellent bike off in 2010 rather than treat it to the very latest 1050 triple motor with all its electronic gizmos and increased performance as it would have certainly sold extremely well in the current new bike market. Just look at how popular the Kawasaki Z1000SX has been if you need any further proof of a modern Sprint ST’s potential for success. 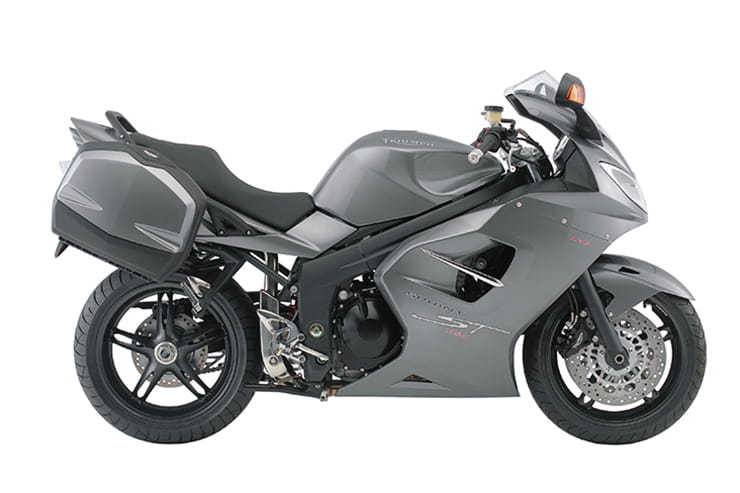 The ST doesn’t have any major headaches, however it is one of those bikes that if you buy a bad one can very quickly see you opening your wallet and watching the cash just fly away…

A storm that is busily brewing is down to the fuel tank, which on pre-2008 models is a composite construction and on post-2008 is made from steel. A lot of owners have found the composite tank is prone to expansion, cracking paint and potentially even causing the tank to leak. This is a bit of a worry and if possible, the best advice is to buy a later steel-tanked bike, which also means you can use a magnetic tank bag!

Aside from the tank, your focus should be on the bike’s rear end. The eccentric adjuster on the single sided swingarm seizes up if not stripped and re-greased regularly (ideally every four years) and that opens a can of worms that often results in a new swingarm being required. Always inspect the adjuster’s ring for signs of heavy-handed work that hints it is seized solid. And while you are there check the suspension linkages aren’t also seized as they should be cleaned, re-greased and rebuilt every 12,000 miles as part of the service schedule, not that many owners bother.

The triple motor is fairly solid and major mechanical issues are rare, however if its throttle bodies aren’t nicely balanced it can run rough and the service intervals (every 6,000 miles with valve clearances at 18,000 miles) should be adhered to. The gearbox, however, is a weak point and as well as being clunky as standard can wear over time and that sees it missing gears and potentially needing a rebuild. Check all is well on a test ride.

Forums report a few electrical issues, so watch out for warning lights and check all the systems are working, and also be wary of non-Triumph electrical accessories as they can overwhelm the slightly weak generator. ABS was an optional extra from the 2006 models, so search it out if you want this safety net. It’s old, but isn’t a bad system.

All post-2008 models came with panniers included as standard, so don’t pay any extra for them, however always check the bike is being sold with the extra spare lock, which allows you to key-match a top box should you fit one with the bike’s ignition key. It should be located under the seat or with the owner’s pack– hopefully! 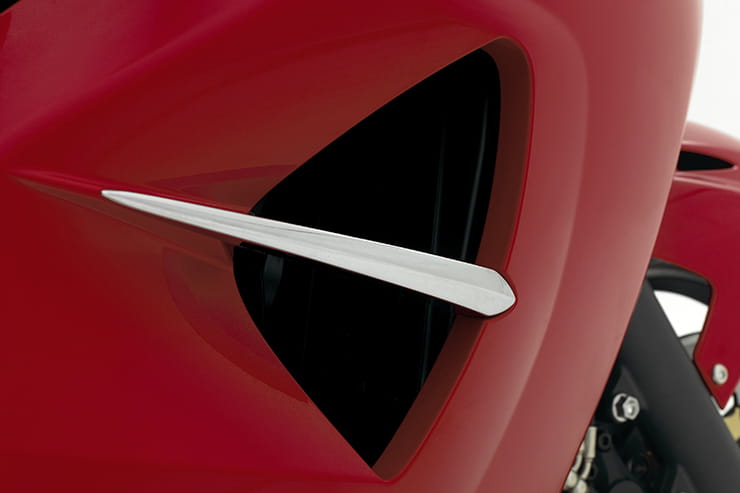 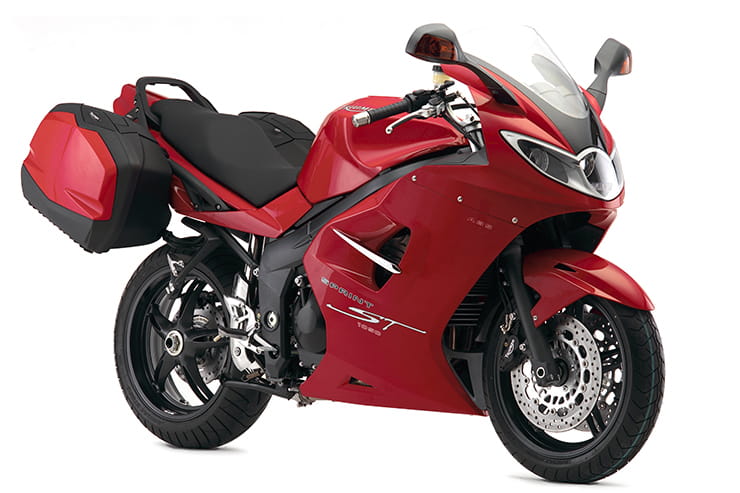 The ST arrived in 2005 and received its first update in 2007, which consisted of a new ECU for improved fuel economy, higher bars, a taller screen and colour-matched panniers as standard fitment. The seat was also re-profiled and, according to Triumph, ‘restyled side panels improved the thermal insulation for the rider.’ The engine wasn’t physically updated at all, however its new ECU allowed it to meet Euro3 emissions regulations. Oddly, in 2008 Triumph updated the Sprint again with a new headlight, modified footrests, alongside a steel tank replacing the composite unit on previous generations. 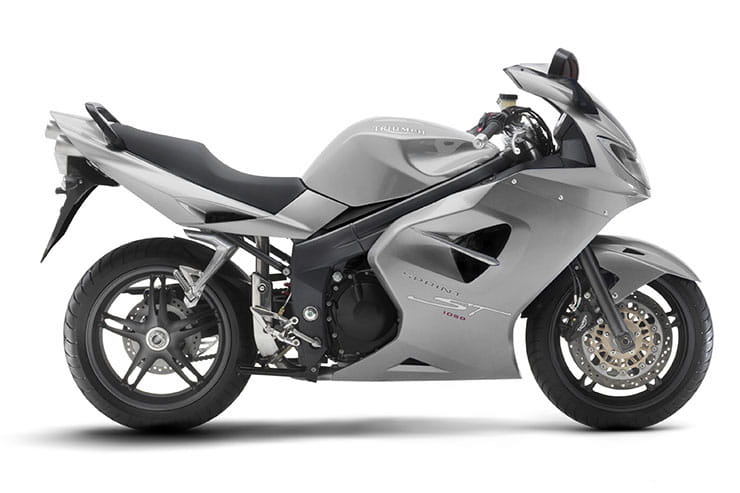 The ST is a very popular machine and sold well for Triumph throughout its five-year lifespan, which means there are lots of used bikes out there to choose from. At the lower end of the scale a few pop up for in the region of £2,000, but these are generally very high mileage hacks and are best avoided and your money better invested in a well-used, but tidy, 2005 example that will set you back closer to £2,500 in a private sale with dealers asking just under £3000. Up your limit to between £3,000 and £3,500 and you can get a beauty of a 2006 bike with the (slightly) updated 2007-onwards models’ prices starting at £3,500 and rising to £4,500 for a late generation. Although discontinued by Triumph in 2010, dealers had some unsold stock and it isn’t unexpected to find an ST that has been road registered after 2010 with a price tag of just under £5,000. 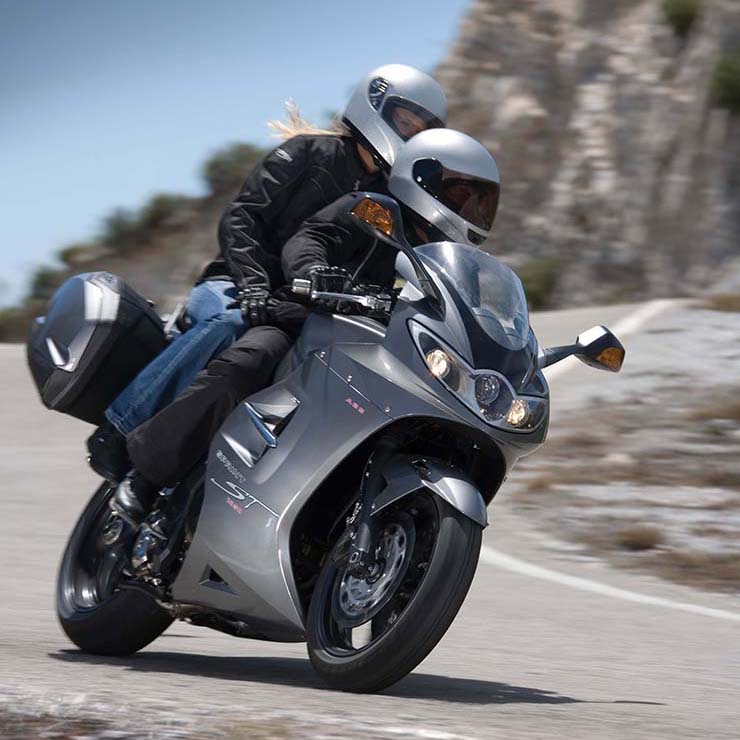 Triumph RAT (www.triumphrat.net) has a dedicated Sprint ST forum, which is full of owners who are more than willing to assist or give buying or technical advice and is a very handy source of information. Unlike the Sprint GT, there are also a few ST owners’ clubs with www.st-owners.com and http://sprint.bikersoracle.com worth a visit as they have comprehensive ‘hints and tips’ sections as well as faults and fixes threads.

Looking for motorcycle insurance? Get a quote for this motorbike with Bennetts bike insurance, click here