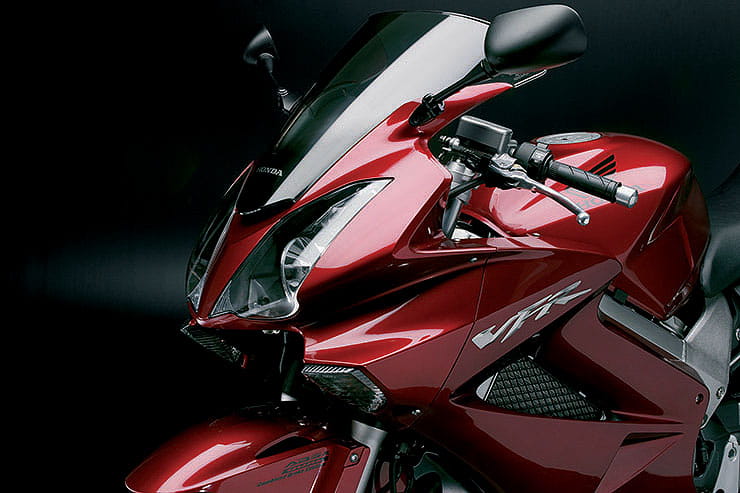 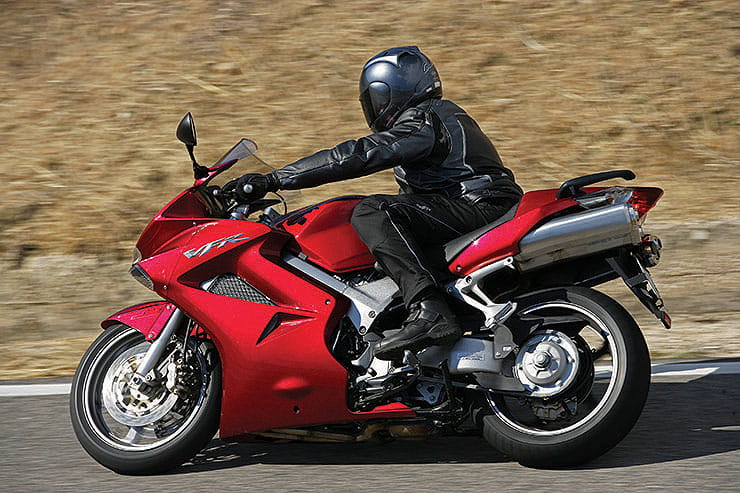 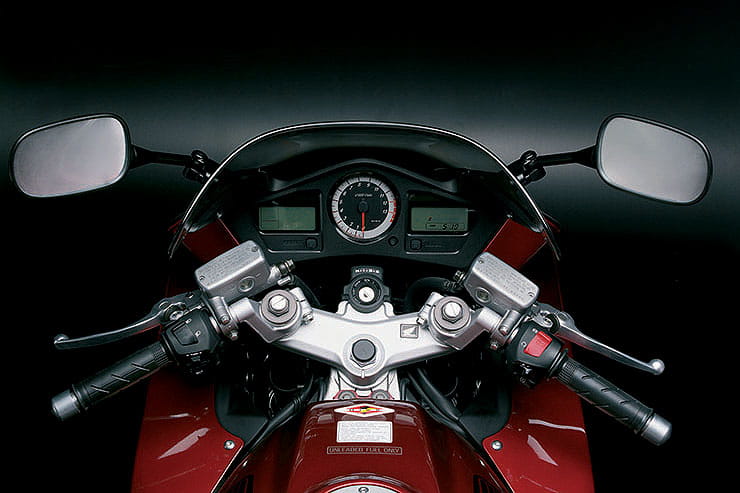 Ok, before the hysteria sets in, we may as well address the elephant in the room. Yes, this model of VFR800 was the first to introduce Honda’s VTEC system to the range. And yes, it wasn’t great to start with. But can we all just get over that now and instead look at the VFR800 VTEC for what it is – a brilliant do-it-all machine with metronomic reliability, strong build quality and a decent amount of practicality. And a slightly annoying variable valve system…

Back in 2002 Honda hoped the VTEC system would change the way we thought about motorcycle motors. A neat, and pretty basic idea, it effectively allowed the VFR to run on two valves per cylinder at low revs, giving the motor more torque, before swapping to a conventional four-valve head higher up the rev range when an oil-operated actuator came into play and allowed the two non-moving valves to move again. A great idea in theory (and it is worth noting how many bikes nowadays have some kind of variable valve system) in its early days the VTEC was a touch jerky, swapping between being on and off at roughly motorways speeds. Some owners call this character, others an annoyance and say the previous Fi model with its conventional V4 is a better bike, but that’s personal taste. What is undeniable is just how effective the VFR800 VTEC is at completing the job it was designed to do.

Striking a nice balance between sporty and touring, the VFR is best thought of as a relaxed sportsbike due to the fact its screen is a touch low to allow it to class as a tourer. With fairly high bars putting you in a semi-sporty but still comfortable stance, the VFR makes for a great commuter as it is narrow enough to zip through traffic while ensuring your wrists don’t get too much of a battering. The seat is fairly well padded, pegs nice and low and with the addition of luggage and even heated grips it will happily see off a winter commute. But come the summer months there is so much more to discover with this bike.

Load up the panniers and you can happily head off for a week away on the VFR, its decent chassis allowing you to enjoy the bends at your destination. It’s not the sportiest of handling bikes, but it is secure and balanced in the corners and that makes it feel very reassuring. Add to this a 180-mile tank range and unquestionable reliability and it all adds up to a decent machine. And that’s even before you factor in that V4 motor.

Yes, the VTEC isn’t to everyone’s taste, but what is undeniable is that the V4 has a lovely spread of power as well as a beautiful exhaust note. In fact, it is worth noting that since its launch in 2002, Honda haven’t really ever altered the VTEC engine aside from smoothing a few of its rougher edges. It’s a cracking motor and does enough to set the VTEC aside from other middleweight sports tourers of the day as well as those in its used price range.

If you are looking for a do-it-all that will as merrily see off an 80-mile commute as a weekend away exploring the best bends in Wales, you could do a lot worse than a VFR800 VTEC. 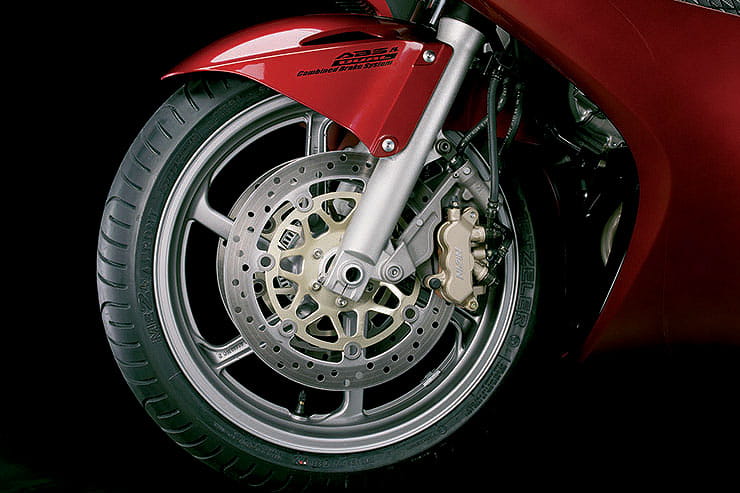 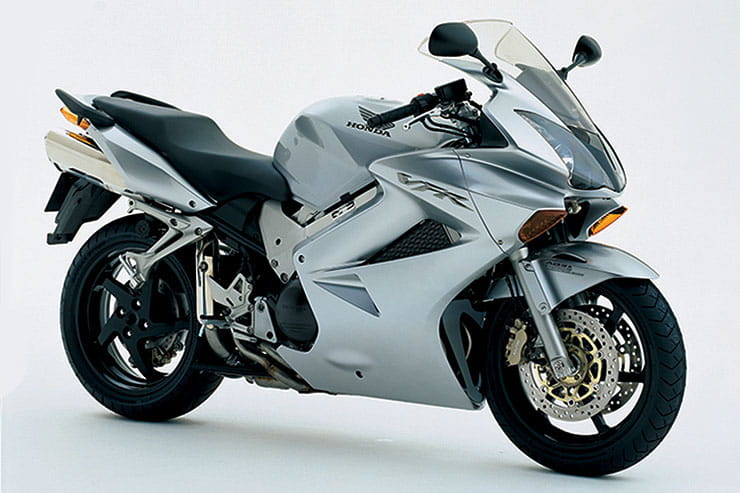 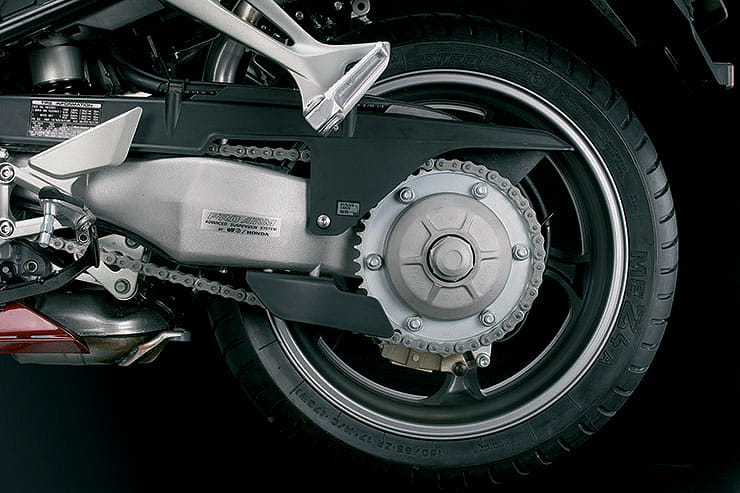 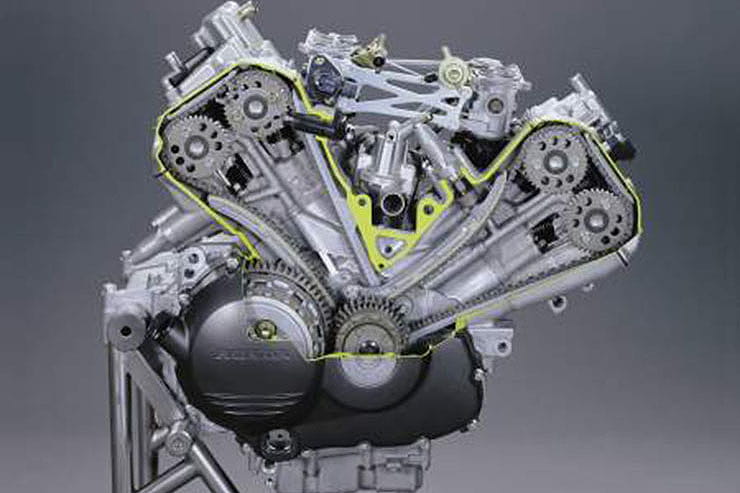 While owners may grumble about the VTEC system, major faults are surprisingly rare when it comes to the V4 motor. The biggest worry seems to be service history as the engine requires its valve clearances to be checked every 16,000 miles, which is quite a time-consuming and therefore costly operation and often skipped on higher-mileage machines. There are the occasional cam chain tensioners requiring changing and the reg/rec and generator aren’t the strongest units (not helped if the bike has loads of aftermarket electrical accessories fitted such as heated grips, 12V sockets for heated clothing etc.), but generally a regularly serviced VFR will run and run. Provided the owner hasn’t followed internet ‘advice’ and swapped the oxygen sensor’s wires around to help ‘cure’ the VTEC’s snatch – this doesn’t work!!! To be honest, on a VFR your main area of concern is the chassis, not its motor.

On any high mileage machine you need to check for worn head bearings, wheel bearings and seized suspension linkages, that’s the normal, but on the VFR always give the swingarm’s eccentric adjuster a very, very, careful inspection. There is a grooved ring that the C-spanner slots into to adjust the chain, see if this looks at all chewed up and if so, assume the hub is seized solid. At this point either walk away or ask the owner to demonstrate that it moves freely (handily the VFR has a centre stand) as this is a nightmare to fix. If all is well, breath a sigh of relief and while the bike is on its centre stand, inspect the front end

The VFR has three-piston sliding calipers that are linked front and rear (ABS arrived as standard in 2006 and was optional before) and these like to seize on their sliders. Spin the front wheel and listen for any dragging sounds that indicate there is an issue. A caliper rebuild isn’t that hard or expensive, but it is a good haggling point. Oddly the bolts on the sidestand can work loose, so check for this and also any damage from a drop on that side, and look at the condition of the fork lowers as they are prone to corrosion. 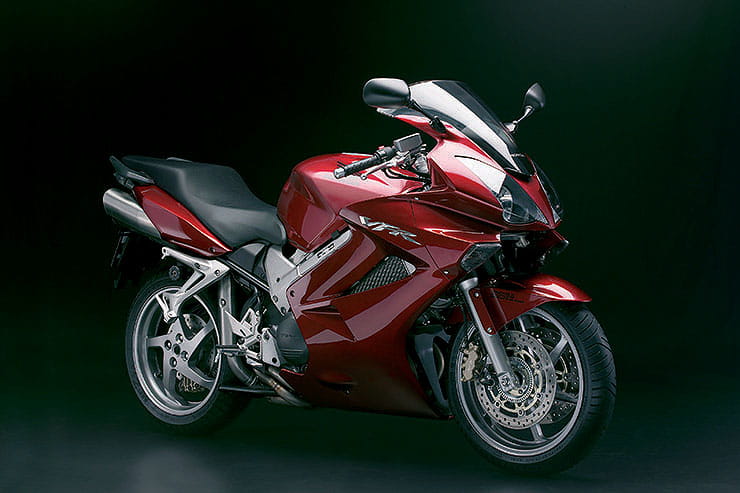 The VFR800 VTEC was launched in 2002 as a replacement to the hugely popular VFR800Fi model, bringing with it the controversial VTEC system and an underseat pipe look. It was refined in 2006 through improved VTEC mapping, clear indicator lenses and the fitment of ABS as standard. This generation of VFR was replaced in 2014 by the new VFR800F, which added traction control, radial brakes and a look inspired by the 1998 VFR800Fi with a side-mounted exhaust instead of the underseat pipe units alongside numerous other tweaks. Towards the end of its life Honda added panniers and a top box to the VFR in an effort to tempt buyers, but this was never a specific model, just some official add-ons as freebies. 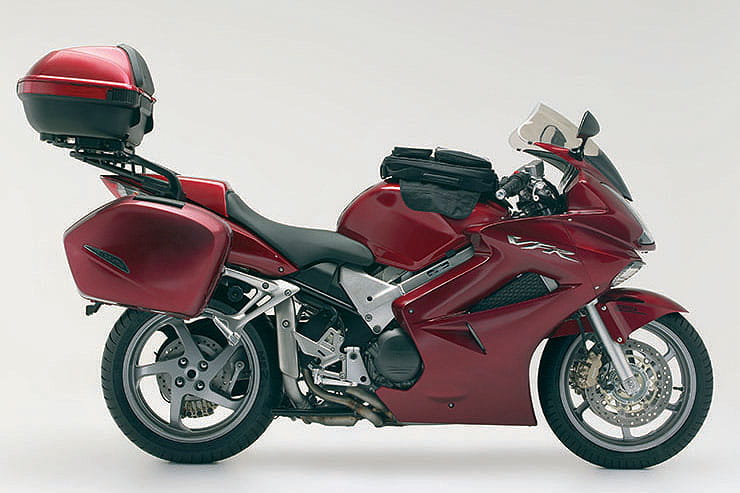 VFRs run and run and due to its huge lifespan, not to mention its popularity, the used market is flooded with examples, so you can afford to be a bit picky. If you are short on budget, you can find an early VTEC for under £2,000, however it will be showing some fairly terrifying miles on its clocks and you are better off buying a VFR800Fi instead. Armed with £2,500 you should be able to buy an early VTEC with in the region of 30,000 miles on its clocks, which is nothing to be worried about, however increasing your budget to closer to £3,000 will secure you a nicer example. If you want the updated post-2006 generation, expect to pay around £3,500 for an early one with the last of the underseat pipe models (2013) costing around £5,000. Good accessories (colour-matched panniers, top box, Honda heated grips) add some value, but not a great deal, however it is always best to buy a bike with them fitted rather than retro fitting. The updated 2014-onwards generation’s prices start at roughly £5,500.

There are a lot of VFR owners’ clubs, but The VFR Owners Club is probably the most active in terms of posts at:

Or try VFR World, which is an American site, at:

It is also worth going on Facebook and joining one of the many Owners Groups on that as well.