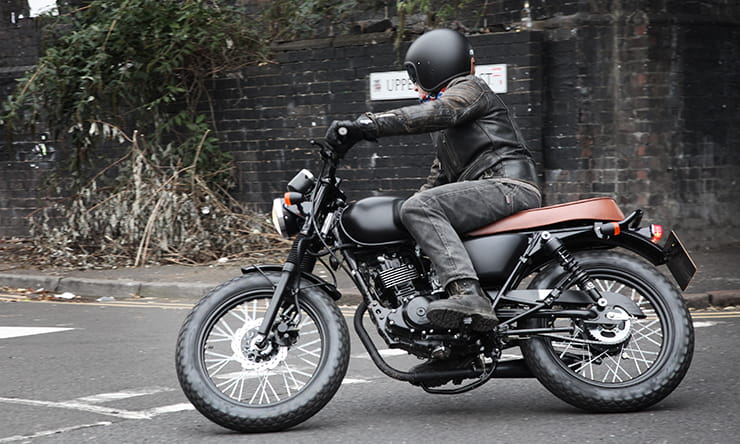 There's a new breed of bike emerging, have you noticed?  It's a sort of Anglo-Chinese hybrid which feeds the fashion for small retro bikes in 125 and 250cc form. The details vary but in each case a British company takes a basic Chinese 125 or 250 which in single-cylinder twin-shock form already has a bit of a 1960s Britbike look about it.

Then they change a few things to increase the UK content and make it more amenable to our tastes. Mutt Motorcycles, which has grown out of custom builders Boneshaker Choppers, focuses on appearance and custom parts. They typically swap the handlebars, seat, mudguards, exhaust system and details like bar grips and rear light. Everything else is as it comes out of the factory, though Mutt says it does specify certain items like rear shocks and a better quality wiring loom.

Ten years ago, the whole idea of a custom 125 would have seemed like a bit of a joke, but not any more, and there are clearly enough customers out there to keep Mutt busy, as they're about to move into a bigger workshop/showroom in the heart of Birmingham, to keep up with demand.

The Mongrel is Mutt's best selling bike, and it's surprising how a few key changes can transform the look of a little 125. Chunky 4.10-18 tyres at both ends beef it up a bit (they've even got a olde worlde tread pattern), along with short aluminium mudguards, wide flat bars, a custom rear light and tan twinseat. The colour scheme is unremittingly black, without a hint of chrome, though you can have a silver or grey tank as an option.

It all looks the part of a backstreet custom, and buzzing out of Brum with photographer Johnny Holden I felt like a proper urban rebel. Yeah, bad boys on bikes – it doesn't matter that they're 125s and that both of us are very nice chaps really... 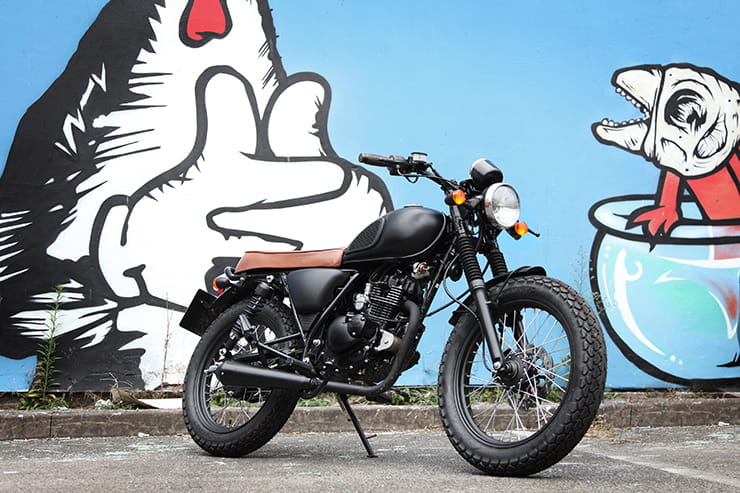 The good news is that despite the ruff-tuff looks the Mongrel is as easy to ride as any other geared 125 – the clutch is surprisingly heavy for a such a small bike, but the gears snick home OK. The riding position feels natural and the wide bars give light steering, despite that fat front tyre, with a good lock for filtering through jams on the A45. The test bike didn't have mirrors (a bit too backyard for me) but customer bikes do.

It feels low geared even by 125 standards, the little single rorping away earnestly at an indicated 40mph, though that's really down to the matt black silencer, which is quiet at idle but gives a distinctive blat on the move. The Mongrel has zippy performance in town, well up to Birmingham's ring roads and 40-50 limits. Acceleration is slower beyond 50mph, but the test bike would wind up to an indicated 70, with a bit of buzzing through the seat.

Riding the twisty roads around the back of Meriden, the Mongrel handled pretty well. Again, the wide front tyre hasn't upset the steering, and the bike would track round bends nice and stable. The rear shocks were pretty stiff (though, slap my hand, I didn't check the pre-load) but otherwise the suspension set up works well. The front disc/rear drum brakes felt wooden and lacking in bite, then then the test bike did have just 60km (less than 40 miles) on the clock. In any case, Euro 4 spec Mongrels for 2017 will have discs front and rear with a combined braking system, as all new 125s must have now, along with fuel injection.

Only one thing jarred with the retro custom image. The speedo majors on kilometres, not miles, and has an incongruous digital gear indicator, neither of which fits in with the rest of the bike. Still, other than that the Mongrel looks the part, is easy to ride and comes with a two-year warranty. At £2750, it's a lot for 125, but it does have some genuine UK input and for extra dosh, Mutt will custom paint it as well. 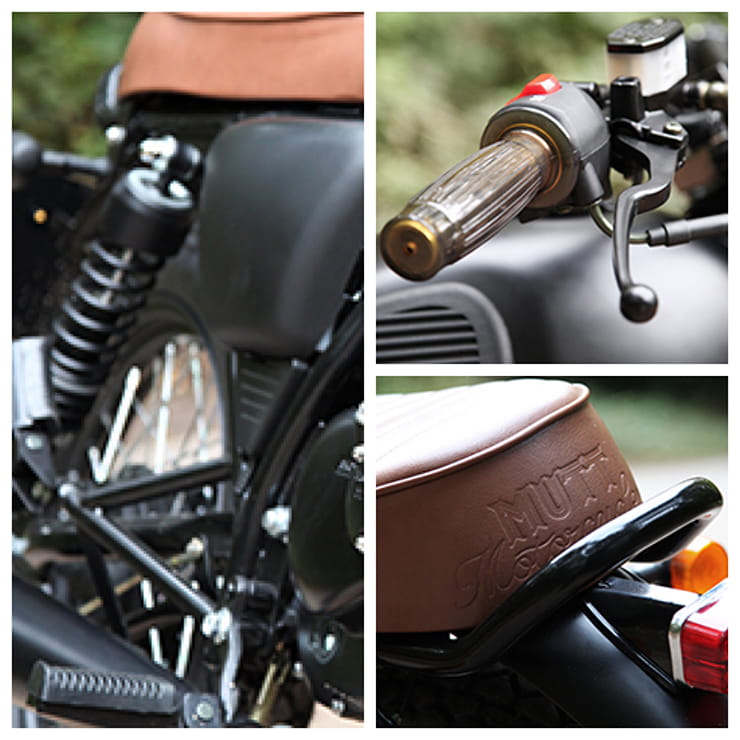