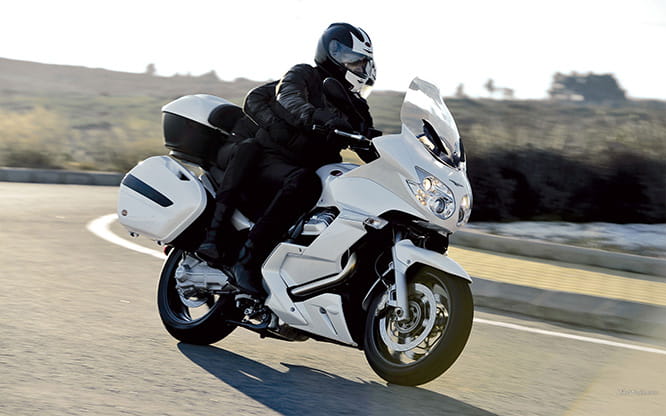 Big V-twin tourer is in many ways an ‘Italian R1200RT’ but can’t match the German’s cutting-edge performance, sophistication or refinement.

Legendary Italian marque Moto Guzzi has a long and proud history of producing touring bikes to which its characteristic, transversely-mounted, shaft-drive V-twin is naturally suited. And it’s also true to say its latest, the Norge, complete with the latest, eight-valve version of the iconic motor, is its best tourer yet reminding more than a little of BMW’s class-leading R1200RT. But it’s also true to say that the Norge, as it has been only mildly updated since its 2006 introduction, is now more than a little out-dated by its German rival, lacking that bike’s 125bhp performance, lightweight chassis and, most tellingly of all, the latest generation electronics both in terms of riding modes, traction control, electronic suspension etc and digital displays and switchable creature comforts. At the end of the day, the Norge simply can’t compete on any level with the latest BMW RT.

But that’s not the end of the story and it doesn’t make the Italian a bad bike. Instead what we’re left with is a decent, old school, straight forward V-twin cruiser with all the basics most people need (integrated luggage, shaft drive, good comfort), one with enough performance for most, better than average handling and a distinctive and charismatic Italian style all its own. It’s not bad value, either, should go on for ever plus there’s a large and enthusiastic owners’ community and when you look at it from that point of view, the Norge isn’t such a bad proposition after all – particularly as a used buy. 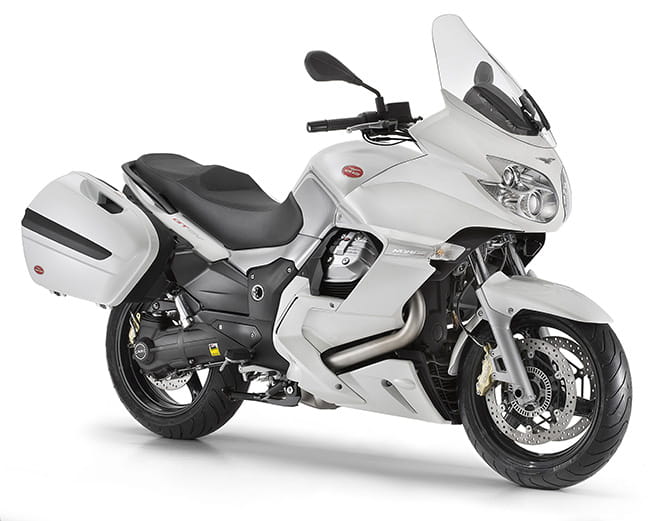 The Norge tourer shares much of its mechanicals with Moto Guzzi’s Stelvio adventure-styled machine – and was introduced around the same time. Both bikes were also updated, primarily with a new eight-valve motor, at the same time as well – in 2011 – so much of what is true of the Stelvio is also true of the Norge. Also like that bike, although mechanical reliability is generally very good, the build quality of the earliest examples wasn’t the best (although this was much improved on later versions under Piaggio ownership) and it’s important to check both any bike’s service and maintenance history. So, thoroughly examine and cross-reference all the bike’s paperwork, remember to quiz the owner about his (or her) maintenance regime and inspect the bike closely for any corrosion, crash damage, cosmetic issues or signs of poor maintenance.

Apart from that, the Moto Guzzi Norge is a pretty rugged, durable and reliable beast as there are no major mechanical concerns to worry about but it is still important to check for all the usual signs of wear and tear and damage.

As with the Stelvio adventure bike, the biggest update came in 2011 with the switch to the uprated, eight-valve engine which boosted power to a reasonable 102bhp and when the bike’s name was also changed – to the Norge GT 8V. Other changes at the same time included stiffer suspension to improve handling and uprated standard equipment levels to include ABS, heated grips, panniers and an on-board computer – hence the GT tag.

An early Norge can now be snapped up for well under £6000 but, as with its sister Stelvio, we’d recommend spending the extra on one of the later 8V models which were better all round and for whom prices start at around £6500. Around £7000 will get you a good, low mileage, fully loaded example. 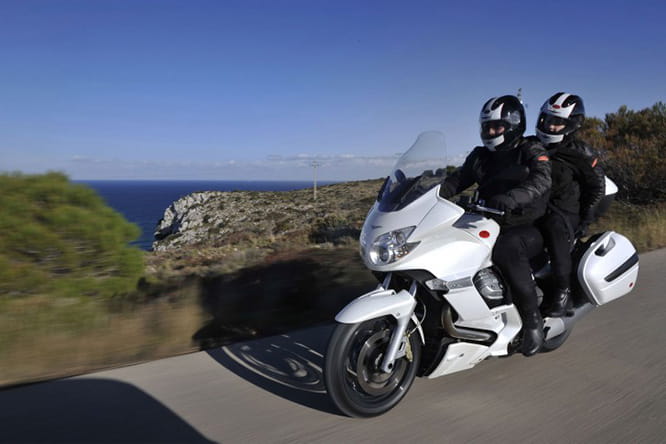 Do you own a Moto Guzzi Norge? Have you ridden one? Tell us about it.  or !