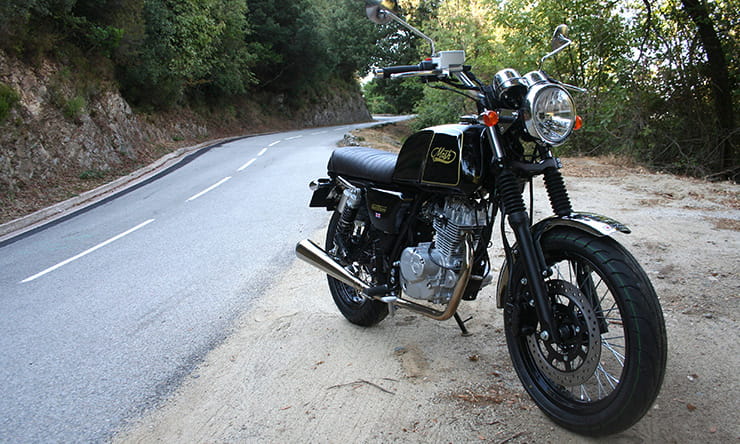 Mash has built itself on 125s, and the Black Seven is its first to come to the UK. It's in full Euro 4 spec, which means fuel injection, linked brakes and a higher price than we're used to seeing on a Chinese-made 125 - £2299.

Like the TT40 Cafe Racer, it looks the part, the black/gold colour scheme working well on the naked roadster styling, plus spoked wheels, gaitered forks and matching speedo/rev counter to underline the point.  Alloy rims and a stainless exhaust make up a nice level of spec.

With a claimed 11.6bhp at 8750rpm (not bad for a 125), the little bike has nippy performance, willing to rev round to the 10,000rpm red line, though a few vibes come in over 6-7000rpm. Riding on the twisty roads through Corsica's mountainous interior, I didn't get a chance to test the top speed, but an indicated 70-75mph looks likely. There was plenty of opportunity to explore the handling through, and the Black Seven steered well and was stable round bends, with good grip.

All this is what you'd expect from a decent bike of this size, but what about those linked brakes? Press the pedal, and you get a 70/30 split of front/rear discs together. It all works OK, and the idea is to make things easier for novice riders, but for hard stops you need to squeeze the brake lever as well, which brings in the front brake's full power.

The Black Seven might look a little pricey (though it's still cheaper than 125s with Japanese/Euro badges) but other 125s will catch up as they adopt the Euro 4 kit. So if you want a simple 125 with a carburettor and conventional brakes, buy one now – they won't be around for much longer. 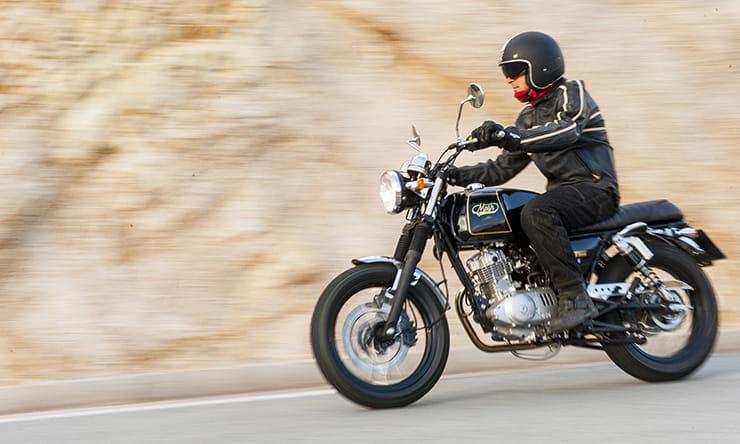