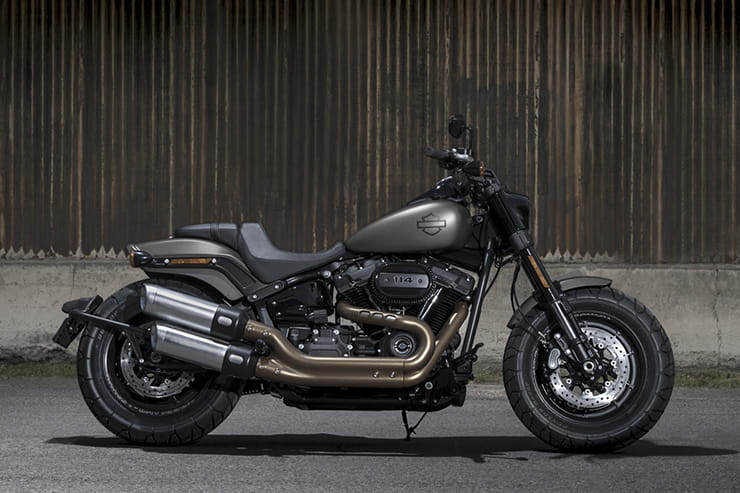 I’ll be the first to say that it’s a massively privileged position to be a motorcycle journalist: you get the chance to ride almost any bike. And that can help give you an extremely open mind.

Don’t get me wrong – I’m well aware that it’s easy to say ‘this bike is awesome’ when you haven’t had to stump up your own cash for it, but I do know what it’s like to save for something; I currently own a KTM 1050 Adventure and a custom Honda MSX125. Over the years I’ve bought and sold about 20 bikes.

Riding different machines that I haven’t had to pay for as a job is great, but it’s not often I get home with one and immediately go to the manufacturer’s website to check the price. Oh. The Fat Bob is £15,495. The most I’ve ever spent on a bike is £7,000. I can’t afford that. 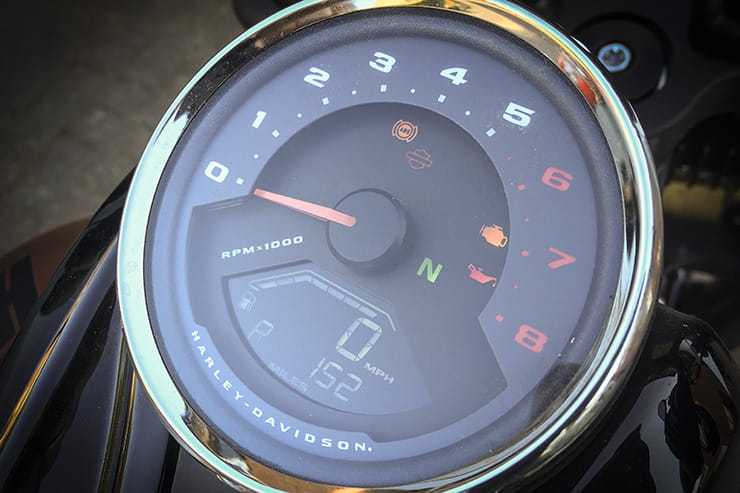 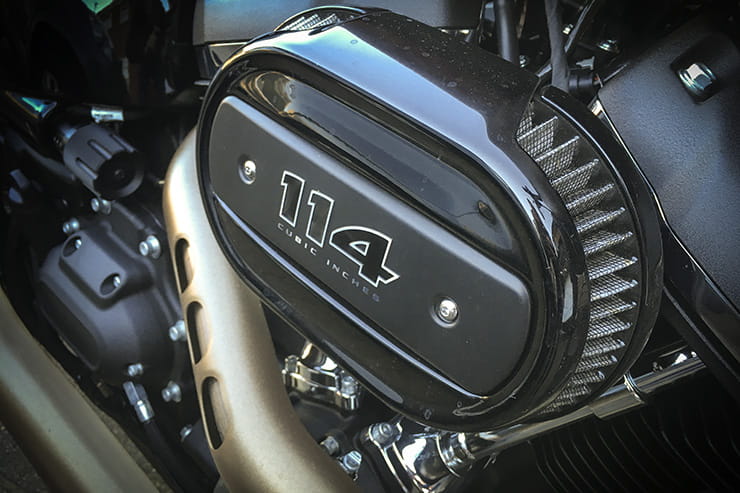 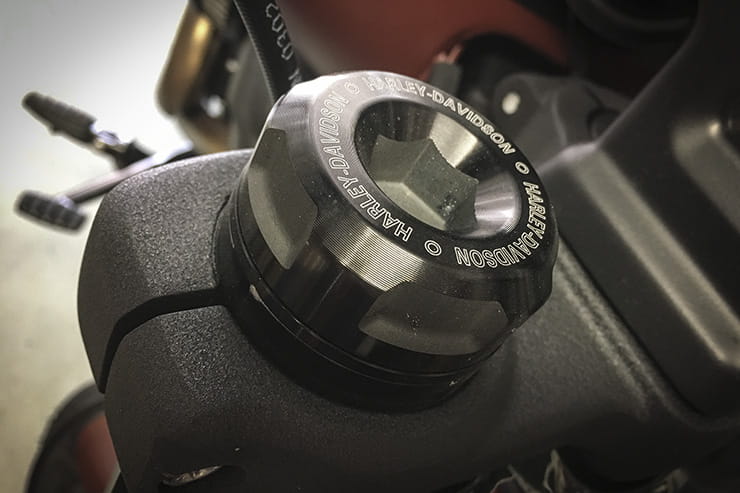 The finish on the Fat Bob is great – lots of chunky metal, sure, but it’s a lovely clean design to my eyes at least

I’d get more use out of the Harley – I couldn’t use a fraction of the Ducati’s performance on the road, but the Harley is a different beast. And riding home after my wife had dropped me off at work to pick this up – my daughter hanging out of the passenger window grinning – I roared up alongside them, waved, then sped off. I looked cool. Okay, scratch that, I felt cool. But that’s what matters.

Of course, I wouldn’t get the kind of use out of a Harley that I get out of my KTM – I can hack around back roads on that, I can take my wife away with full luggage, and I can get where I need to fast. The Harley would be a toy really. Sure, I could do pretty well anything on it that I could on any other bike, and the seat is unfathomably comfortable. But the tank range isn’t that great thanks to capacity of 13.6litres; enough for fill-ups every 110-120miles or so, to be safe. 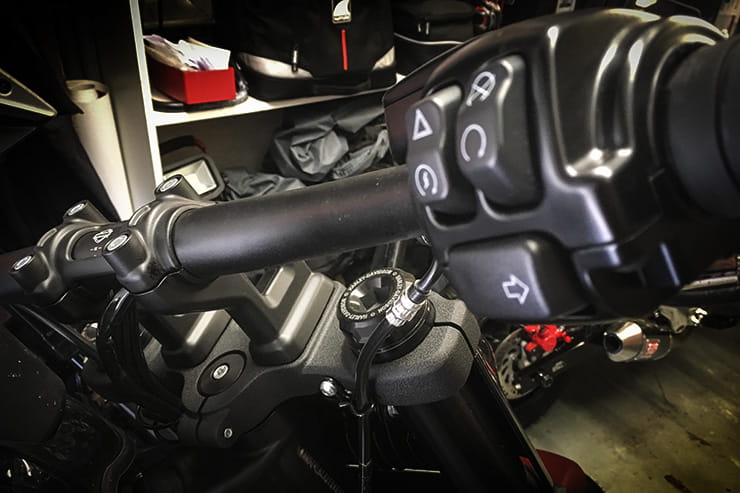 Having said that, you can get 14.27litres in. I know; I just did it. But it was running on vapour. Literally. Half a mile from the filling station (the fuel light was already on when I left the office), it died as I braked for a roundabout. Still rolling, the massive flywheel spun the machine back into life, and despite doing it on the next two roundabouts as well, I got there.

Fortunate really – I didn’t fancy pushing this 306kg behemoth along. Actually, it’d be about 290kg with no fuel. 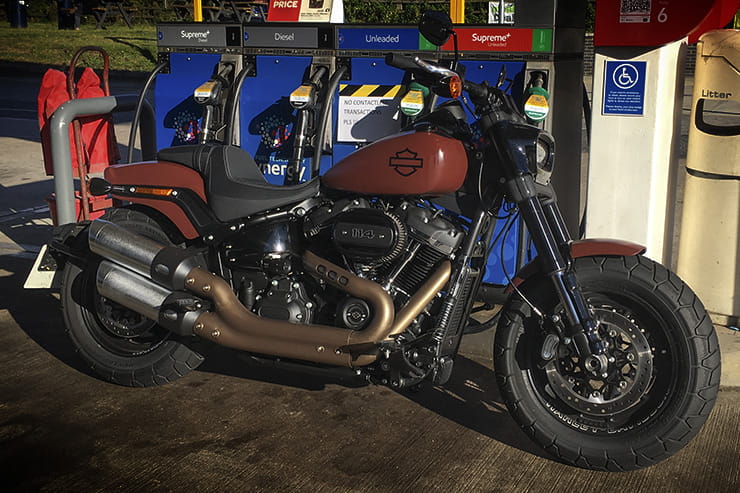 A close call… the Harley was on vapour at this point.

So if I had the money, I’d buy one. Well, yes, but the trouble is I don’t really have room in the garage – I like tinkering and this takes up a lot of space, and certainly isn’t easy to move around.

No money, no space. The end of my Harley dream. For now. Unless… While the Fat Bob genuinely left me hugely excited about its awesome thrust, laid-back riding style and (I, and my wife and daughter think) great styling, there is another: the £9,995 Harley-Davidson Sportster Forty Eight Special. I rode one on the launch in Croatia, and loved it. It’s a bit smaller (so easier to tuck into the garage), it’s a bit lighter at 256kg (so easier to push if it runs out of fuel – likely with a 7.9litre tank), and while it makes less torque (96Nm), that’s only 6Nm less than a 959 Panigale.

Despite a massive range of different bikes, a Harley-Davidson rarely makes a rational, practical choice in motorcycling. While I’m most definitely an all-year-round biker, the last thing I want to be known as is rational or practical. My Harley will be a toy. An expensive, big, heavy toy. But it’s one I really, really want… 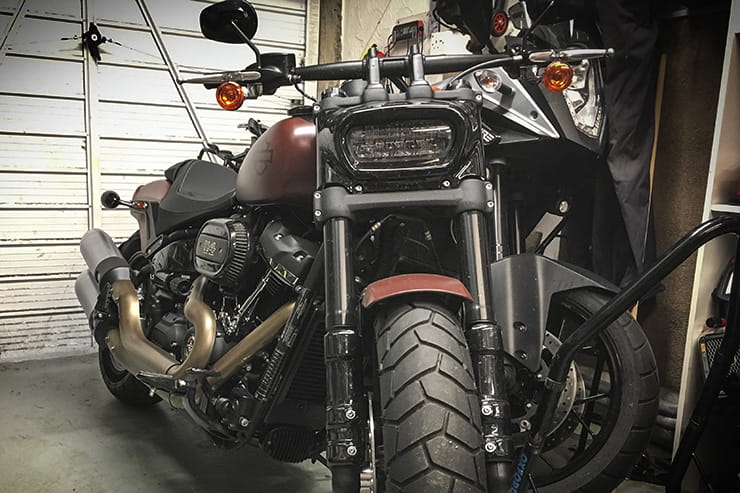 If only I had a double garage…

No doubt most of the negative comments will already be posted on associated Facebook links before anyone’s read this article. To save me trawling through and answering every one at night (when I should be having my tea and watching The Wire), here are my responses to the most common trolls. As you’ve proven yourself open-minded enough to the idea of Harley to read this far, I’m sure you’re not one of them…

“plus trump tax lol. to much money”

Harley-Davidson is indeed caught up in the ongoing trade war, but the company has said that it will absorb costs for European buyers for now, then will be taking advantage of the production lines it has outside of the USA. H-Ds are sold globally, so logistically it’s always made sense to have production around the world.

“They all look the same”

Glance briefly at a Harley and you’ll know it’s a Harley. Manufacturers around the world crave that brand identity. H-Ds are built around the engine, and that sets a lot of the style… no fairings to cover things up (in fact, few plastics at all – all that metal is why they’re so heavy). But look more closely at the range and you’ll see there’s a great deal of variety. Check them out: www.harley-davidson.com

Of the 34 bikes currently in the range, I don’t like them all. There are two I really, really want – the Fat Bob or the Forty Eight. But I don’t like ALL the bikes KTM or Ducati or Kawasaki or Suzuki or Honda make either.

“if u want to ride a tractor by a harley”

Harleys have a distinctive engine layout – it’s a narrower angle than that on a Ducati for instance, and it’s a lazier pulse. But it’s a V-twin. Every year, Harley has advanced its technology, and this Fat Bob for instance is full of character yet comfortable, really well fuelled, and very cleverly engineered.

Harley-Davidsons are designed to echo the style of the machines that made the company so successful – right back to the first days in the early 1900s, through the racing wins over the years. Have a look at the fascinating history of the company here. 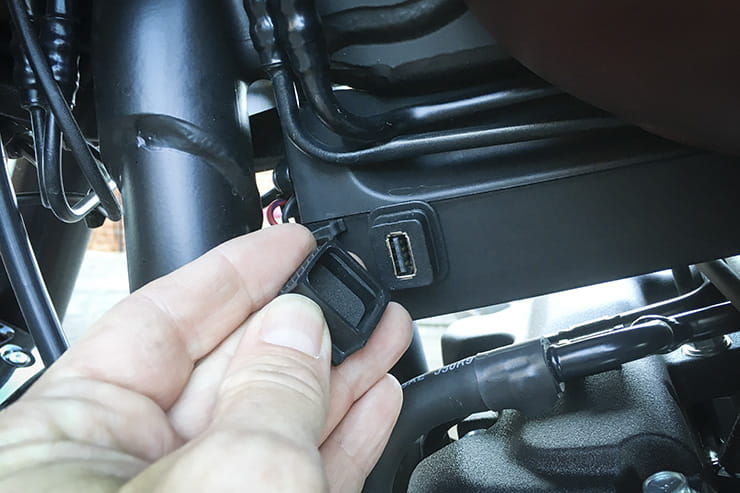 Does your bike have a USB charging port for your phone?

“u just be waiting for it to brake down”

Not like the Brit bikes of old then, yeah? Despite the classic looks, these motorcycles are engineered to give a specific feel, while meeting modern emission regulations, and being as reliable as any other modern bike.

“Great if u want to dress up like a pirate”

I’m not sure what this means really. Personally, I wear what I want when I ride. And please note that Harley is leading the way with making all of its motorcycle kit approved to the new PPE legislation that came into force in April 2018; modern, protective riding kit that looks great. Click here to see some examples. I’m sure you’ll find some you hate, but I challenge you to not see something that you think ‘actually, that’s pretty cool.’

“They don’t go round corners”

Sure, many have limited ground clearance that means they can deck out quite quickly, and they’re never going to go around a track like a sportsbike. But ride them appropriately and they can hustle. The Fat Bob has a maximum lean angle of 31° on the right and 32° on the left. In real terms, that means you can hammer hard around tight roundabouts without touching anything down – I’ve been really impressed with the way it handles, once you get used to that big front tyre.

Don’t believe me? Motorcycle press launches are led my professional riders – sometimes development riders, sometimes ‘specialist’ contractors. Harley almost always uses Alex Hearn; you might remember him as ‘Frog’ from Superbike, Performance Bikes and TWO magazines. Many a journalist has seen him embarrass a local Spanish sportsbike rider on a massive Harley tourer. It’s how you ride, not what you ride.

“how much are Harley paying u?”

I refer you back to the start of this article: “You get the chance to ride almost any bike. And that can help give you an extremely open mind.”

“Id rather walk than ride a Harley”

Walk then. Not everyone wants a laid-back cruiser. But if you’re open-minded to biking – and even if you rode a Harley five years ago and didn’t like it – have a test ride now and see how they’ve changed… I recommend you give this Fat Bob a go if nothing else!

• Fantastic thrust from that massive engine

• It’s big and heavy, which makes it a pain to move around in the garage

• Some people sneer at Harleys (I don’t care, but others might)