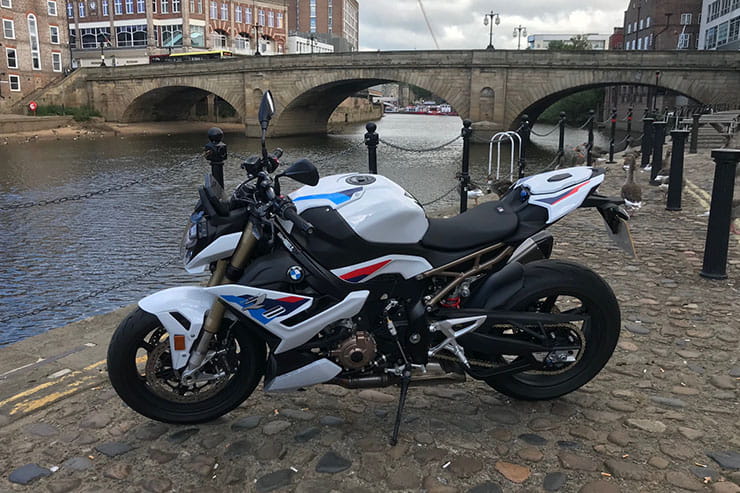 There aren’t enough hours in a day, and not enough days in the week – I need more time. Away from work, which takes up most of my time, I have, just like you, other obligations. According to my wife I have a million jobs to do around the house, while my son has rugby, football and swimming in the week and matches most weekends. Which leaves extraordinarily little time to go for a ride, just for fun.

Don’t get me wrong, I’m know how lucky I am to ride the very latest bikes for a living. But sometimes it’s nice to ride for sheer pleasure, away from photographers, notepad and deadline. And to have a BMW S 1000 R sat in the garage at my home in East Yorkshire and not ride it regularly is bordering on criminal.

So, with my son at a friend’s house for a few hours and the wife away with work, I was looking forward to an overdue afternoon on my S 1000 R – but there was a problem. I went through my usual, regimented routine: kit from the cupboard under the stairs, bike unlocked and pushed from the darkest corner of garage and placed in the sunlight. I flicked down the visor, pressed the starter button and… nothing. You’re kidding me! Yes, there was swearing.

Off with my kit. More swearing.  Then a quick analysis, which revealed a dead battery. After all, the starter motor wouldn’t turn and lights didn’t even come on. Either I must have left something switched on – but what? – or the battery is a dud, as it’s only been three weeks since my last long ride. Even so, I should have deployed a trickle charger and, after a brew to calm my anger, it was off with the seat to check the lithium lightweight battery itself.

The seat is easy to remove, thanks to the useful tool kit under then pillion seat, so top marks to BMW. However, you need a specialist charger to check and recharge a lithium battery. Luckily, an old race bike of mine uses a similar power source so I had one to hand. It quickly told me that the Beemer had one dead-as-a-parrot battery which wouldn’t take a charge. D'oh.

A quick call to my local dealer, Allan Jefferies BMW, and BMW UK, and a new battery arrived the next day. But instead of using a lightweight lithium battery, which as I now know usually requires regular trickle charging, I opted for a standard battery, which is 38% heavier, than the 1.9kg M lightweight battery but fits in and requires no regular maintenance. Job done. It only took 15 minutes to swap over the battery, and I don’t need to re-set any passwords or fault codes – we’re back to normal.

Yes, the battery is heavier, and some reading this will rightly be pulling their hair out – why go for the M-Model if you’re going to add extra bulk to the bike? Yes, fair cop, but I also have peace of mind and don’t have to keep on top of maintaining the battery.

I’ve had no issues since fitting the new battery, and I’m putting my experience down to a faulty battery. That said, it would be useful to hear from other M model owners; have you had a problem with the lightweight battery? Or was I simply unlucky? 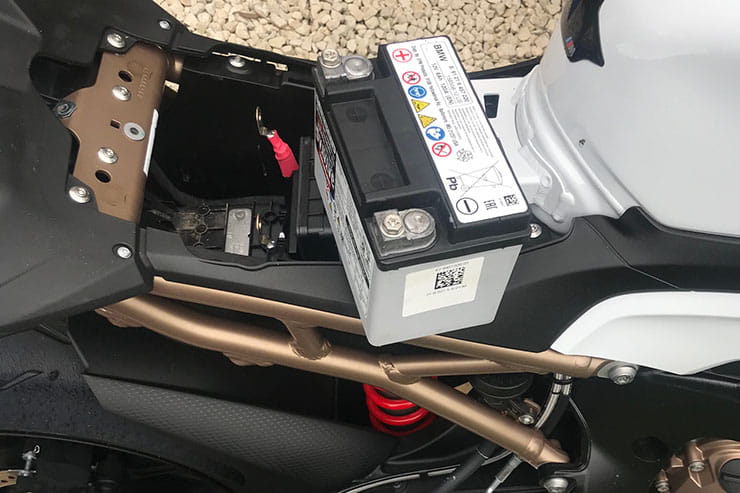 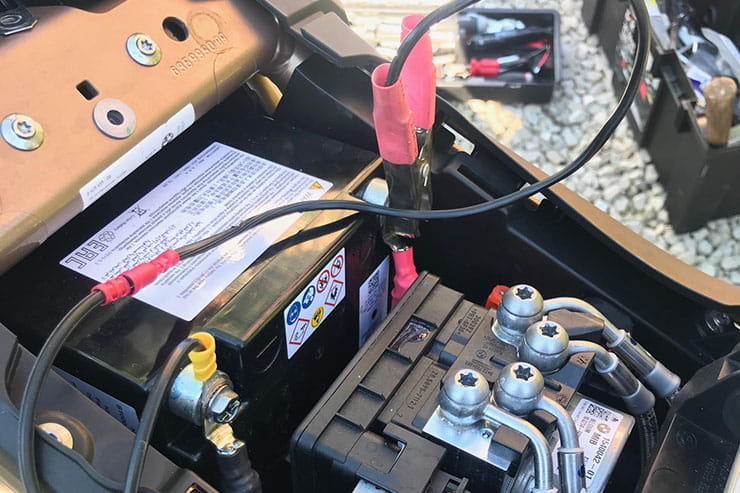 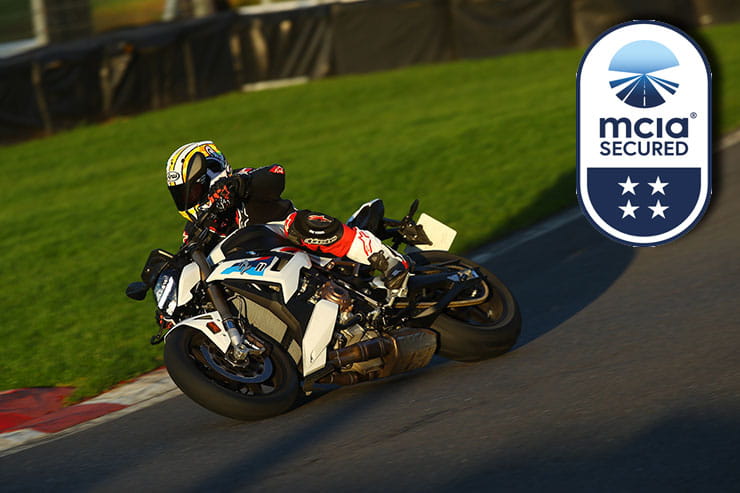