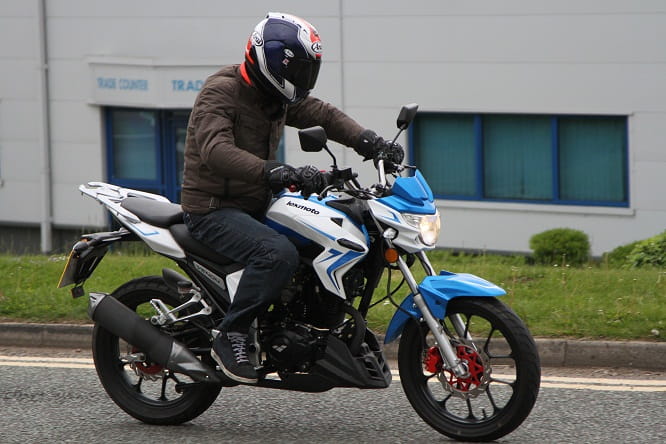 I must admit I wasn't too excited about testing this little Lexmoto Venom 125; after all it's ‘just’ a lowly Chinese machine costing £1499 so surely I wouldn't like it?

Strangely enough I was nicely surprised when it arrived. Ok the styling itself is a little dated and certain parts, like the pointy plastic speedo shroud look a little cheap but this is a cheap bike so what do you expect?

My first ride on it was the next surprise; the five-speed air-cooled engine was quite nippy through the gears. It accelerated well, seemed ok on corners and all was going well…then it cut out on me a mile from home. Luckily it was a downhill mile so, assuming the worst, I coasted home without pushing and was relieved to find out the bikes manual fuel tap was in the on position and the bike had simply gone on to old school reserve. Problem solved and we were soon back out cruising again, with a backing track of heavy drum and bass. Yes folks, this £1499 Chinese bike has a discrete built in stereo on the fuel tank. Simply upload your tunes, or plug in a phone/MP3 player and you can annoy anybody within earshot. The sound from the inner fairing mounted speakers is actually quite good and will be a hit with those spotty teenagers. 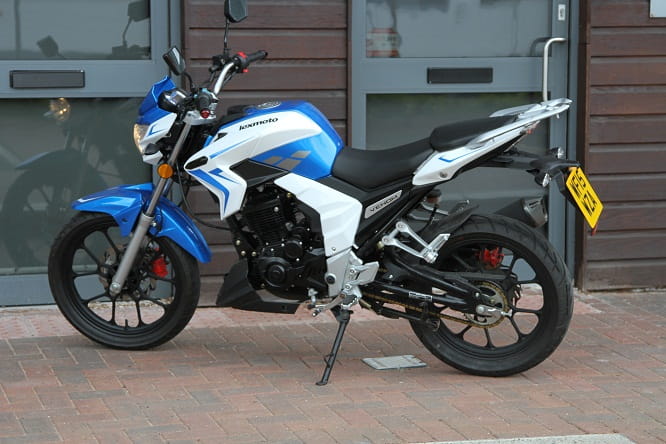 The bike has enough punch off the line and up to 60mph it's quite quick really. It runs out of steam after that though and struggles a bit on dual carriageways but other than that it goes very well. Get on to the twisties and the bike handles well enough and can carve through faster corners, although I wasn't overly keen on the profile of the CST tyres at slow speeds. They take a bit of getting used to and at times it felt as if the front tyre was flat when riding in slow moving traffic but I got used to it and they worked well at normal riding speeds and were grippy enough in the dry. For £1499 you don't expect too many gadgets (a stereo is a bonus) but the Lexmoto surprised me again. It has a 'proper' digital dash with plenty of useful functions. There's also a blue LED 'Lexmoto' logo in the centre of the speedo, as the revs get into the redline the LED turns red, nifty. 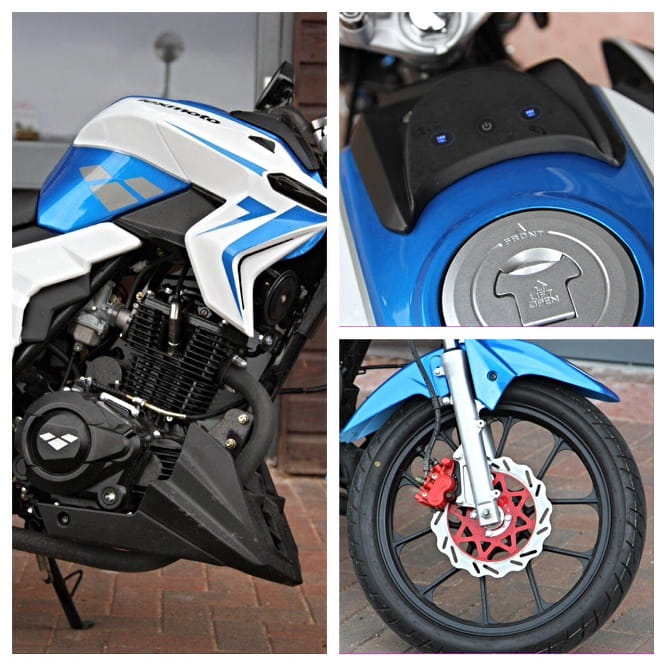 There are certainly a lot slower, uglier and more expensive 125's around. If you're in the market for a 125 that won't break the bank, has enough oomph to get you around and aren't scared of buying a sub £1500 Chinese bike the Lexmoto Venom is worth a go.

Lexmoto are the leading UK Chinese bike brand, last year they supplied 6167 units. According to the latest set of new registration statistics from the Motorcycle Industry Association, they are the third most popular manufacturer.

They have a dealer network and also own www.chinesemotorcyclepartsonline.co.uk so have full spares back up for Lexmoto and other Chinese brands.

Hhave you ridden a Lexmoto? They're the third most popular manufacturer in the latest new registration statistics.  or !