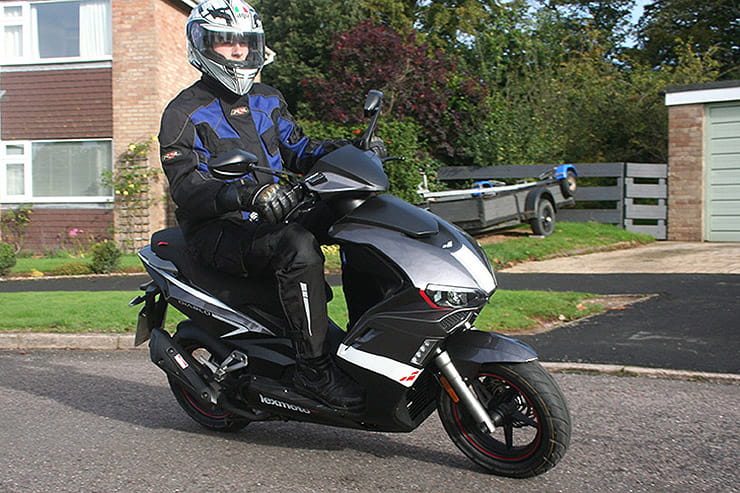 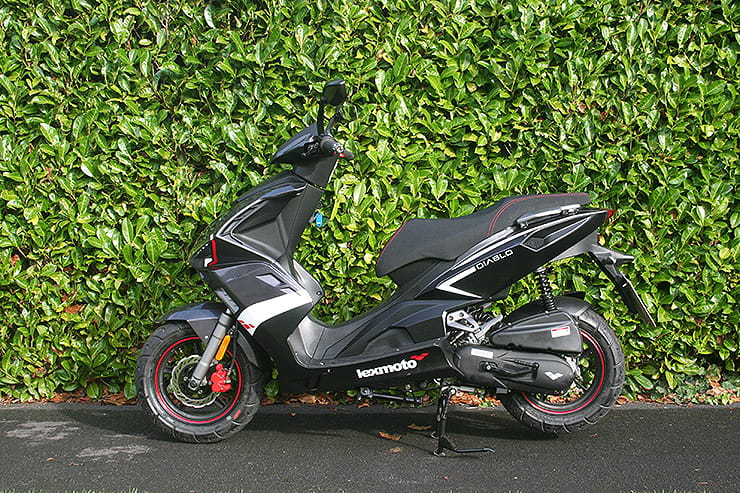 Remember your first moped? Of course you do, it's how most of us started out. Remember the euphoria of a dizzying 35mph (even more, if you're old enough) and how after six months you were longing for more speed? It was a wobbly, scary, exciting and zinging introduction to two wheels.

But times have changed – moped sales are in steep decline and the class may be dying out altogether. Back in 1975, over 90,000 'peds were sold in Britain, making up almost half the entire market for powered two-wheelers. Ten years later, sales had halved – five years on, they halved again. They've continued to slide since the 2008 crash, down by a catastrophic 30% in 2018. There were signs of a tentative recovery this year, but sales are still miniscule by 1970s standards – in September 2019, fewer mopeds were sold than every other category apart from sports tourers and the tiny tourer market. They are a shrinking slice of Britain's powered two-wheeler market.

The reasons aren't hard to find. Everyone and his dog knows that very few 16-year-olds are opting for mopeds now – for social media savvy teenagers, used to instant communication, a 50cc scooter just doesn't cut it. Insurance costs have rocketed. A top speed of 28mph on today's congested, competitive roads is no joke. For older riders who might have had a moped for commuting or trundling to the shops, an electric bicycle (no tax, insurance or compulsory helmet) makes more sense. A 125 with decent performance doesn't cost that much more to buy than a moped...and so it goes on.

So how are the moped sellers fighting back? Lexmoto has done better than some – its Echo 50 is the best-selling moped, and it's always got an eye open for a new market opportunity. Hence the Diablo, which is no faster than any other moped on the market, but looks as if it is.

If there's a hint of Ducati about the Diablo, then that's no coincidence. In fact, it's a cert that the Chinese stylist had a Panigale screensaver. The front end, the shape of the headlights, the sports stripe, fake grilles and the red highlights absolutely everywhere...caliper, rims, seat... It works best in the red/white option (the test scooter was in black/grey) and yes, it's cheeky and a bit fake, but it's fun. 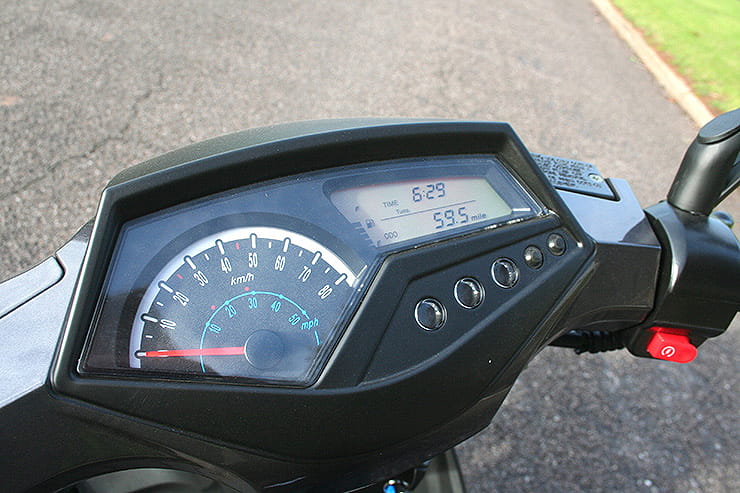 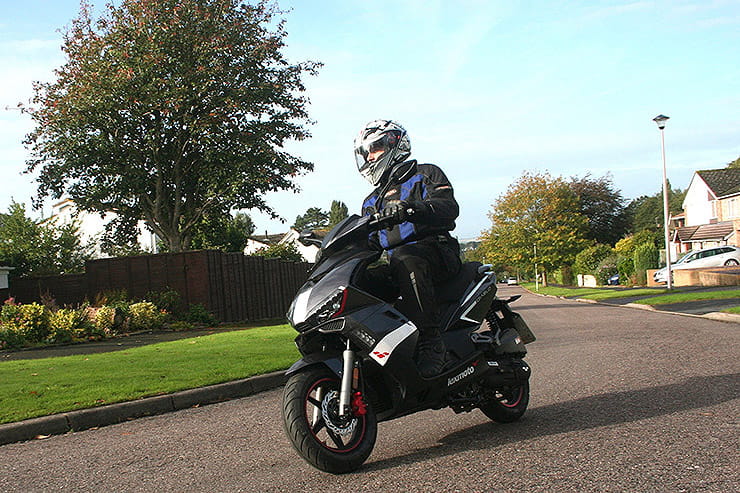 At £1399.99, the Diablo is the flagship (if that's the right word) of Lexmoto's moped range, and for 300 quid less you could have the no-frills Echo, but that really is basic transport. Lexmoto's success is based on low prices, and that clearly hasn't changed. The immortal Peugeot Speedfight, which virtually invented the 50cc sports scooter, costs £2499, and you'd be hard pressed to find something as cheap as the Diablo.

The answer is, surprisingly well. Being restricted to 28mph or thereabouts isn't quite so bad if you can get there reasonably quickly, and the Diablo can, zipping up to an indicated 30-32mph fast enough to not hold everyone up too much. A first glance at the speedo makes you think it's even quicker, but this is just a cruel illusion of speed - the km/h figures are the big ones, but the tiny mph figures are closer to the truth.

Then it stops accelerating, unless you're heading downhill, in which case the Diablo will wind up to 35mph on the speedo, and you can feel the restriction as it hunts in and out, which is mildly annoying but not too much of a problem. As ever with mopeds, 30-32mph is fast enough in town but not for the more open 30 limits, which many drivers treat as 40. Venture out into real 40 or 50 limits, and the Diablo feels like a minnow in a shark tank. You really do feel vulnerable, trundling along at 30mph, small enough to tempt some skill-challenged drivers to squeeze past, forcing you into the gutter. The good news is that derestricting it would be relatively simple, though you must be over 16 and inform your insurer.

Still, by moped standards the Diablo reasonably quick in town, and was even able to cope with a 1:7 hill restart. 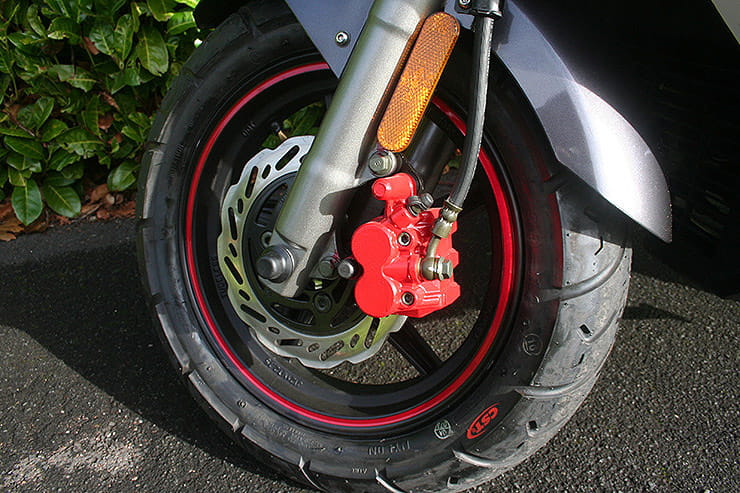 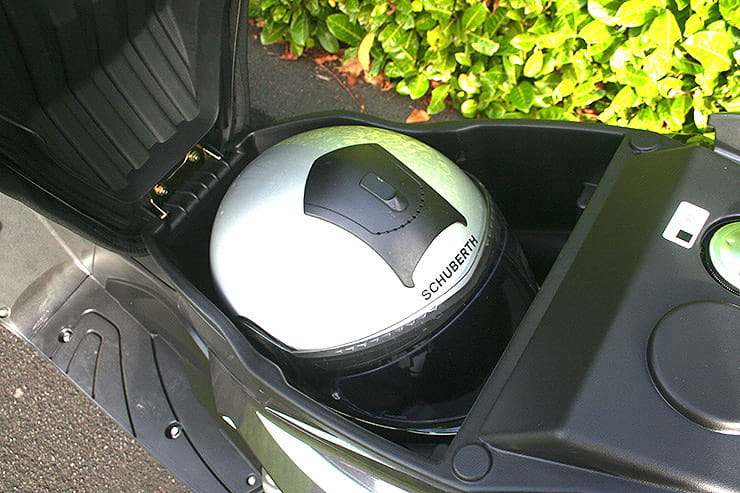 If you have a hankering for a good old-fashioned air-cooled, four-stroke engine complete with carburettor, then here it is. Unlike anything bigger, new mopeds aren't obliged to have fuel injection, making do with electronic control of the carb, so by 21st century standards this is a decidedly low-tech engine, with just two valves, no balance shaft or any other fancy gizmos.

It doesn't seem any the worse for this lack of tech, being relatively smooth and willing, plus chuffing quietly into life on the button. The engine drives through that ubiquitous transmission for twist and go scooters, a CVT, which uses a pair of expanding pulleys to change ratios, and works seamlessly on the Diablo. These can be 'tuned' to change ratio at different times, and on the Diablo has been tweaked to limit top speed. As for the exhaust, it's just a cheap steel item, what you would expect at this price.

You might expect 50cc scooters to be the most economical fossil-fuelled vehicles on the road, but often they're not. Geared 125cc bikes usually take that accolade, as they can be left in top gear while a CVT is hanging onto a lower ratio, and the 125cc motor can cruise along at 35mph where a fifty is breathing deep and working hard. Lexmoto claims 141mpg for the Diablo, but previous experience with 50cc scooters suggests 90-100mpg is more realistic.

Either way, it's pretty frugal, and the 6.6-litre tank should give over 120 miles of commuting. If your commute is more than 120 miles, you're looking at the wrong bike.

Despite its flagship status in Lexmoto land, this is still a budget scooter, with a simple steel frame, non-adjustable forks and a single rear shock. But it handles pretty well. The 12-inch wheels are shod with CST 120/70 tyres at both ends, which grip well on dry to damp tarmac, and although the forks aren't adjustable, they do at least feel resilient and well damped. The same goes for the rear shock, which does have five steps of pre-load adjustment – it's not exactly BMW ESA sophistication, but it can cater for riders of different weights.

Talking of which, the Diablo weighs just 90kg, so it's very easy to handle around town, backed up by a good steering lock and a lowish 785mm seat height.

Here's something I didn't expect to see on a new bike – the rear brake is a cable-operated drum. Mopeds aren't (yet) compelled to have the ABS or linked brakes of bigger bikes, so for the time being, it's back to brakes from yesteryear. The bad news is that the rear drum is pretty wooden and not that powerful. The 190mm front drum, with its bright red 4-pot caliper, certainly looks the part, has a bit more power but it's not the best. The test Diablo had a mere 20 miles on the clock when I set off, which could account for that. 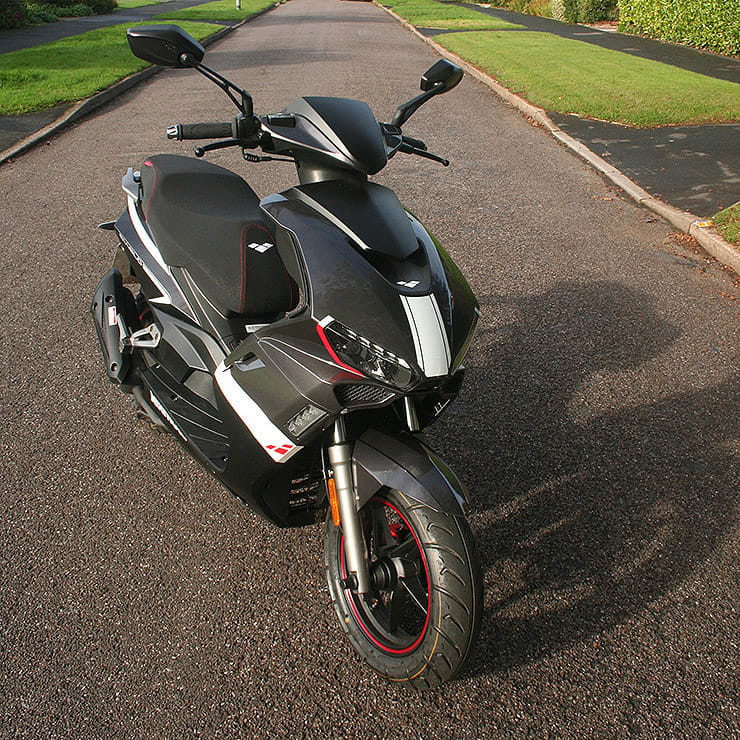 If you're a six-footer, you'll probably be more comfortable on one of the big-wheel scooters, which are physically bigger than the tiddlers. Otherwise, the Diablo is comfy enough for short commutes – the seat isn't very supportive after an hour or so, but I guess unrealistic use for a moped anyway. There's also space for a pillion, with grab rails and foot pegs to suit, but given the amount of spare power available, it's for emergency use only.

This is a budget scooter, so it doesn't come with many toys. Alongside the big speedo is a digital display with fuel gauge, odo/trip and clock. The switchgear is small and a bit fiddly (Lexmoto's own Aspire 50 has full-size switches, which I'd like to see here). Security is limited to the usual steering lock and ignition switch cover, so if I was parking this in town, I'd add some other more visible deterrent. The underseat luggage space wouldn't accept my full-face Schuberth helmet, but it's useful nonetheless.

I warmed to the Diablo. Yes, it's scarily slow outside town and not that quick away from the lights, but all restricted mopeds are like that. The added ingredient is the sharp and sporty styling, with inspiration from you know who. If you just want basic transport, there are even cheaper alternatives, but if I was 16 again...

Three things I loved about the 2019 Lexmoto Diablo 50… 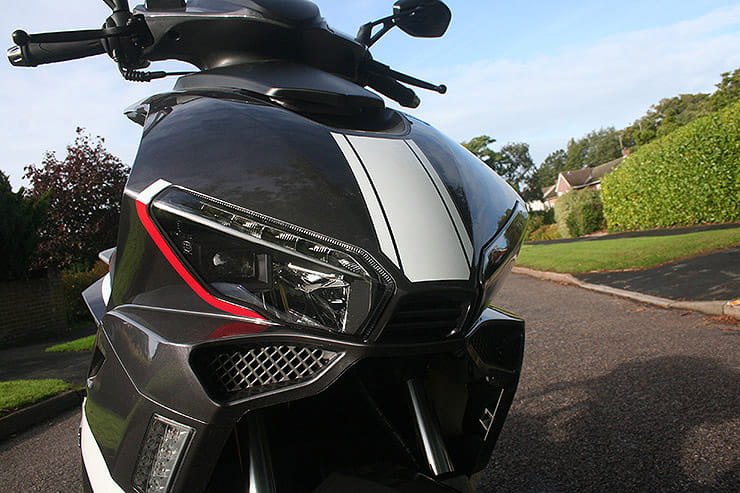 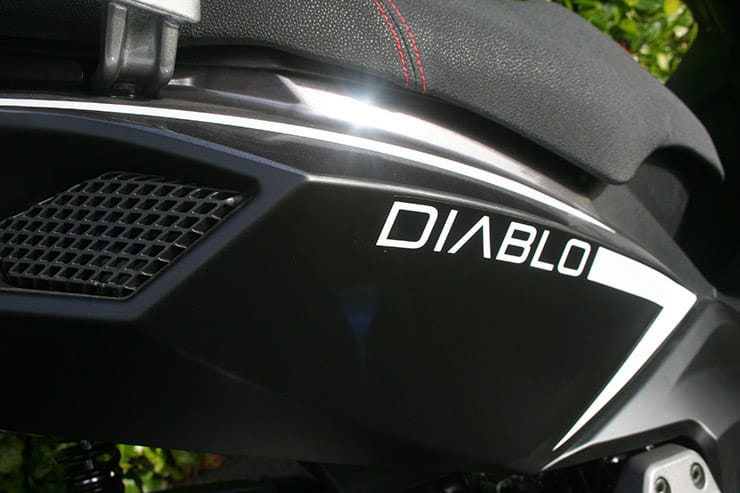