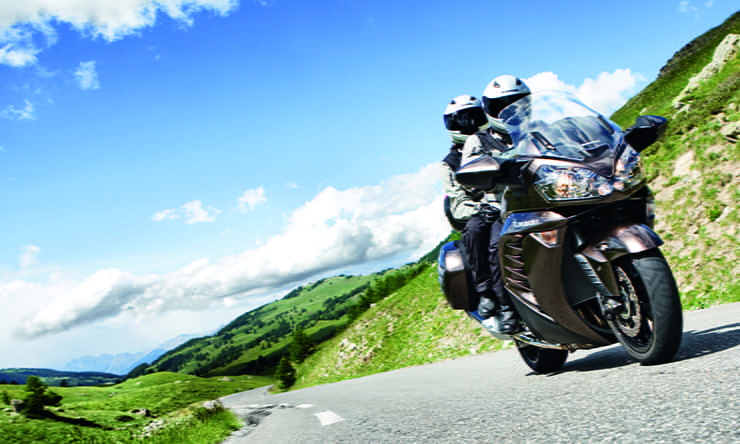 When the first GTR1400 arrived in 2007 (confusingly, Kawasaki reversed its model name when the second generation version was released in 2010) it was the long-rumoured, flagship tourer version of its established ZZ-R1400 hyperbike with a detuned and now shaft-drive version of that monster 1400cc engine designed to deliver ultra-smooth and grunty mile-eating in supreme comfort and class. In most respects it delivered exactly that, too. Revised significantly in 2010 to include ABS, a sophisticated traction control system, larger screen, standard heated grips and more, it’s now a serious contender as the ultimate, fast, long distance tourer. Handling is surprisingly good for such a large, heavy machine and it impresses for both being steadfastly stable on the autobahns and a bike that, up to a point, can be hustled through the twisties with confidence as well. That engine, now with a slick variable valve-timing system, is, like most Kawasaki superbikes, simply immense, being at the same time crisp, responsive and fast, but ultra smooth and easy as well. Best of all, the GTR is comfortable, decently equipped and respectably classy, too. In short, being in the rider’s seat of the GTR is a very nice place to be. Admittedly, being a Kawasaki, the GTR may not have quite the reputation or image in this category, or the residuals of some BMW rivals. Nor has it quite got the same massive options list available as the German bikes, or their premium dealer experience. In every other respect, though, the GTR’s not just their equal, it’s got them beat.

There’s been virtually nothing mechanical that’s come up as a fault on the GTR in either of its two guises so far. The ZZ-R1400 powertrain, on which the GTR is based, has proven almost bulletproof, despite its enormous output, while Kawasaki generally has a good reputation for reliable, durable engines. Better still, the GTR is shaft-driven, which aids longevity and reduces maintenance, while Kawasaki build quality as a whole has improved enormously over recent years and is now right up there with the best.

Instead you need to check for general ownership and maintenance woes. If you can afford it, go for the newer version – it’s better all round and higher quality, as well. Otherwise check for the usual dings and cosmetic faults (corrosion, scratches, dents, damage, signs of any repairs etc) and ensure maintenance has been done properly. Both the service record should be complete and weekly owner maintenance (everything properly adjusted and lubricated) should be correct. Higher mileages are less of a problem with the GTR than with some bikes due simply to its overall quality and touring bias. We reckon it would be better to go for a clean 30K+ miler than a more iffy example with less.

The original GTR14000 was launched in 2007 and given a major update into the 2010 version we’re concentrating on here. The earlier version had a smaller screen, slightly different styling and lacks both the equipment levels (no standard heated grips, for example) and electronic sophistication of the newer version, which comes with combined ABS, slick traction control, power modes and more. 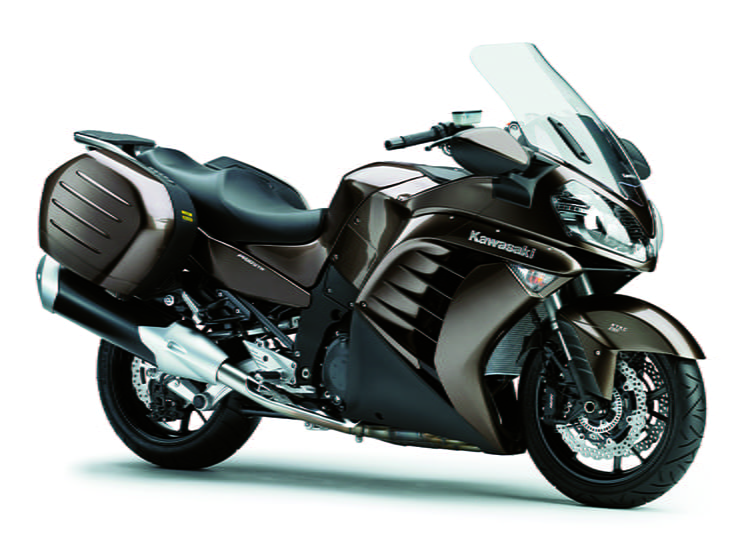 The earliest ‘second generation’ models, from 2010, now start just over £7000 although £9500 should get you a really good one. For those with shorter pockets the first 2007 ones can be snapped up for under £6K but will be starting to look a little tired.