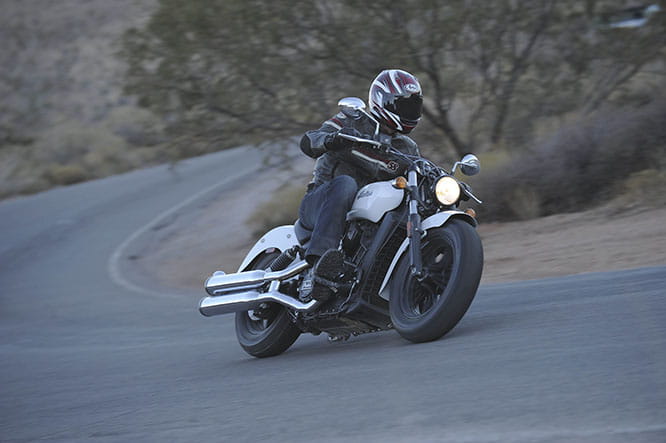 Indian’s Scout has been a hit since its introduction last year, doing much to help establish the reborn American marque in the UK even though a 1133cc V-twin costing more than £10,000 is an “entry-level” model only in comparison with the firm’s even bigger and more expensive Chief family.

Its latest derivative, the Scout Sixty, goes a step further in the same direction. With a capacity of 999cc – or 60 cubic inches, hence the name – it’s hardly designed for novices, and at £8999 it’s not exactly bargain-basement either. But it is a slightly more rider-friendly, or at least wallet-friendly, introduction to the Indian brand.

And the good news for those attracted by the original Scout is that the Sixty is identical in most respects – and that most of the changes (including its new white paint option) are cosmetic so do very little to diminish its performance.

The main one is the reduction in capacity, which comes from new pistons with diameter of 93mm instead of 99mm, with stroke unchanged at 73.6mm. Other parts including cylinder heads are unchanged but the result is that peak output drops from 100 to 78bhp at 7800rpm, and torque is slightly lower through the range. 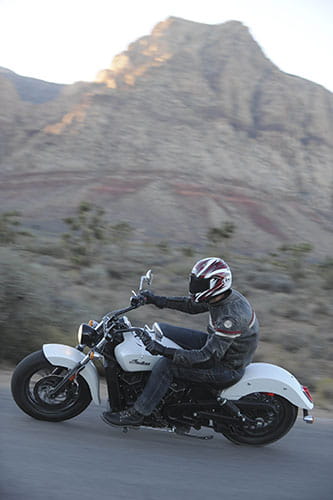 The newcomer also has a five- instead of six-speed gearbox, more to differentiate the two models than for any reduction in cost that can come from dropping the extra ratio. But the other changes were very much made to save production dollars, mainly at the chromer’s because some engine covers and the headlight rim are left black instead of plated.

There’s also a simpler finish on the wheel rims and spokes, which don’t have the bigger Scout’s machining. And the Sixty’s single seat is covered in vinyl rather than leather. Most of the new, less elaborate bits look absolutely fine although the wiring that’s exposed below the headlight, due to the original Scout’s Indian-logo’d cover being removed, seems so me like a step too far.

That seat’s height is an unchanged and ultra-low 643mm, which helped the Scout seem very rider-friendly when I stepped aboard and gripped the slightly raised one-piece bar. At 254kg fuelled-up it’s no lightweight but the low centre of gravity and wide bars also added to the manageable feel as we set off on the launch ride from central Las Vegas.

By cruiser standards there’s plenty of performance too. Indian’s dohc V-twin is a sweet and smooth-revving unit in its original 1133cc form and it’s perhaps even more so in this smaller version. The Sixty pulled away easily, felt quite soft at low revs, then picked up and accelerated with a pleasantly linear delivery and very sweet throttle response.

The Indian held its own effortlessly in the Vegas traffic and was equally happy when we reached the freeway, cruising smoothly with 75mph showing on the small, round single speedo. It was happy to pull harder, though started getting a bit buzzy through the seat and pegs as revs rose past the 7300rpm at which its peak power is produced.

This smaller-engined Scout can’t match the original’s top-end kick, and was feeling a bit breathless by 100mph, unlike its sibling which keeps going to about 120mph. But with the sail-like cruiser riding position catching plenty of breeze I can’t see many riders worrying about the lack of high-speed cruising ability. 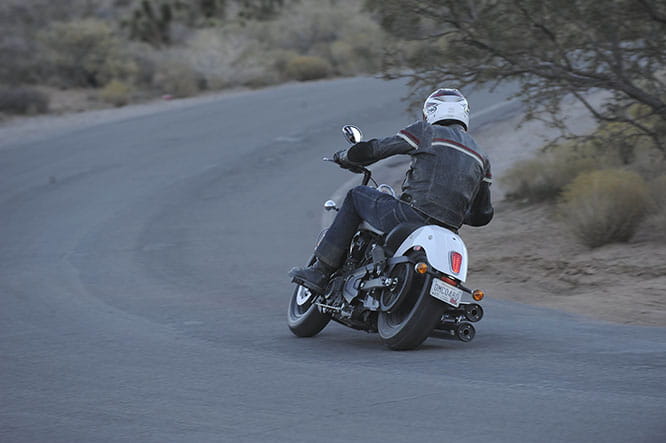 That’s especially true because from memory the Sixty was slightly smoother at higher revs, though there’s not much in it. The smaller-engined bike’s happiness when spinning up near the redline perhaps explains why I didn’t miss the six-speed box. The change is actually that the fifth cog has been removed, with overall gearing staying the same. The motor certainly pulled strongly enough that the bigger gap between the top two ratios wasn’t a problem.

Predictably the Sixty handled just as well as the larger-engined bike whose chassis it shares. It steered with a fairly light touch despite its kicked-out 29-degree fork angle and long wheelbase, yet stayed stable when we found a few bends in the Nevada hills, even when it was cornering hard enough to use up ground clearance that is pretty generous by cruiser standards.

Its suspension did a good job too, with the angled-forward twin shocks crunching over a few bigger bumps but soaking up most things with impressive efficiency, especially given their modest 76mm of rear-wheel travel. Both ends felt slightly vague in bumpier bends but the Sixty handled well enough to be fun, and on dry roads its Indian-badged Kenda tyres gave very adequate grip.

Like the original Scout the Sixty also stopped respectably hard, thanks to more front-brake power than might be expected from the slightly basic spec of single front disc and twin-piston caliper. Like all new bikes the Indian will come with ABS in the UK but that’s not an option in the US and the launch bikes didn’t have it either. 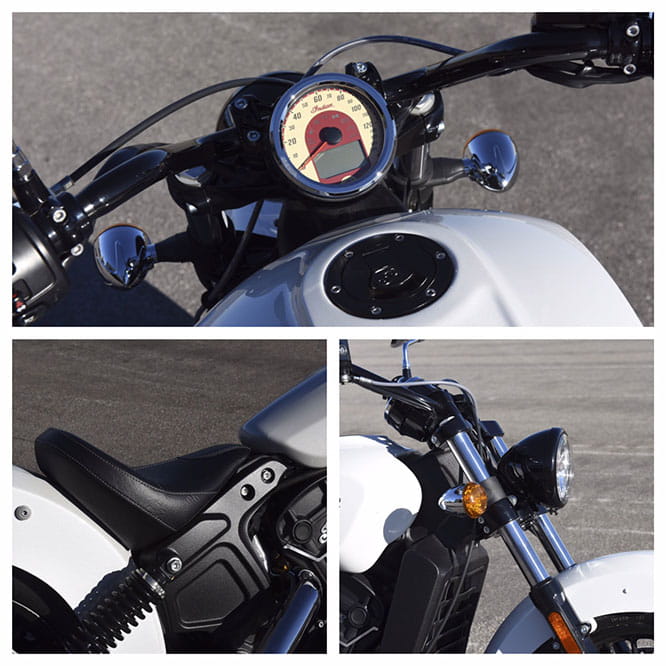 In other respects the Sixty seemed respectably practical, provided you don’t need to carry a pillion. The 12.5-litre tank is good for 130 miles or more, and I found the Indian pretty comfortable despite its forward-set footrests, which put a lot of weight on your bum. Anyone planning longer distances can add a quickly-detachable screen or leather panniers from the lengthy accessories list, which also includes alternative exhausts plus numerous chrome and billet parts.

One group of riders that Indian hopes to attract with the Sixty is those who want to modify the Scout, for whom the cheaper model will make more sense because they’ll be replacing many original bits anyway. It’s not the cheapest of starting points for a custom project but, as Roland Sands’ classy quintet of flat-track Hooligan specials confirmed, it’s a good one. And more to the point it’s a very appealing bike in standard form too. 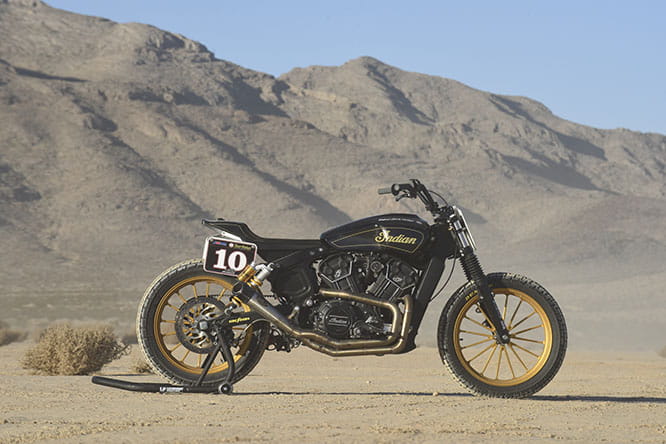