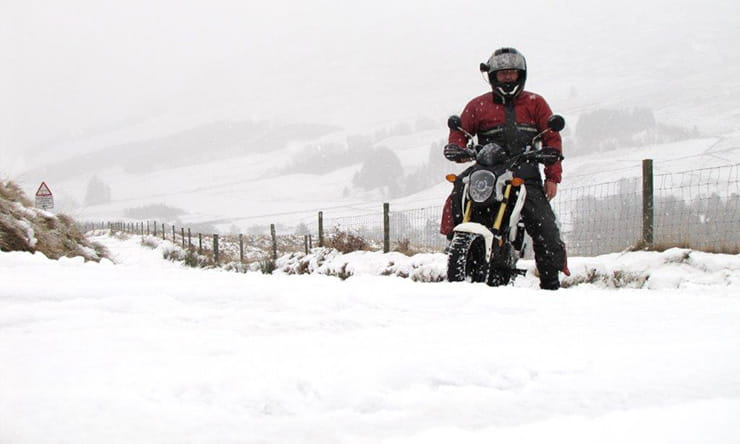 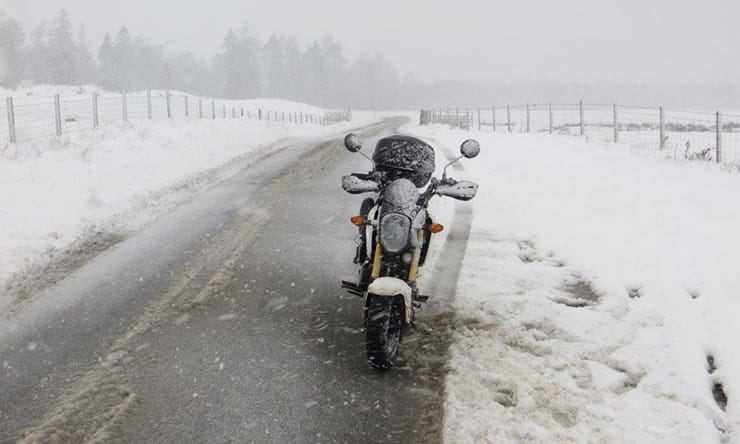 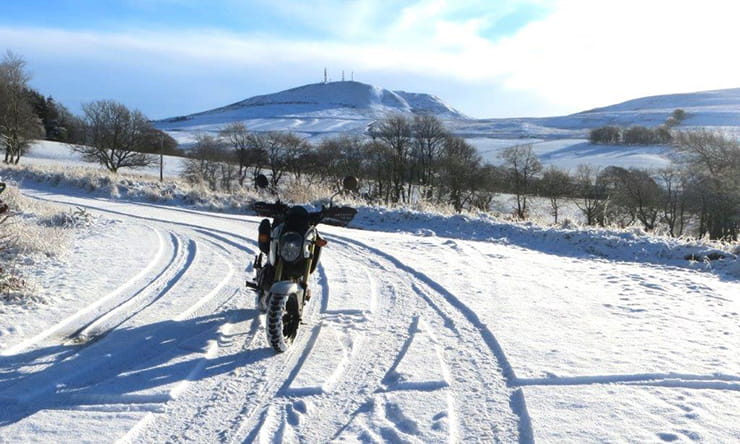 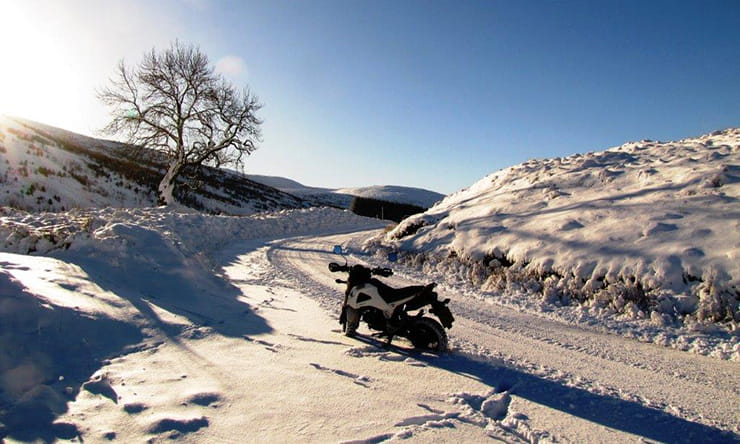 Richard Niven, from Edinburgh, is a 52-year-old Honda MSX125 owner who’s travelled the world by motorcycles like the Honda Transalp. He’s used his Grom to cover almost every corner of Scotland in freezing, icy conditions…

Why did you buy it?

I needed a small motorcycle to get through the traffic in Edinburgh and to use as a commuter; on top of that I wanted a machine that I could ride in all weather conditions – from icy snowy roads to sunshine – and this little fat-wheeled machine seemed ideal. It’s a tiny motorcycle with quite a bit of torque, and once fitted with Continental Conti-move snow tyres, looked to be a grand machine for riding to far-away places in the Scottish mountains in search of winter wildlife etc. It was a great choice.

What else do you own? 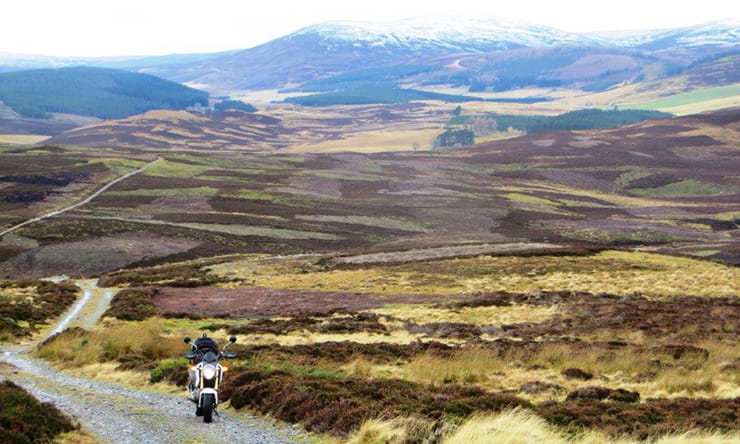 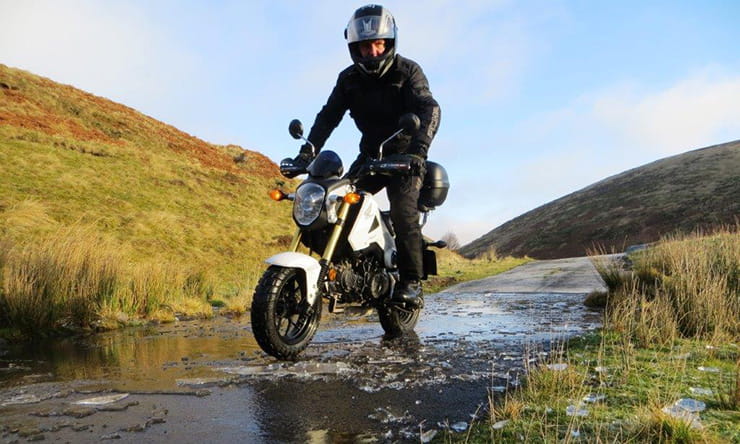 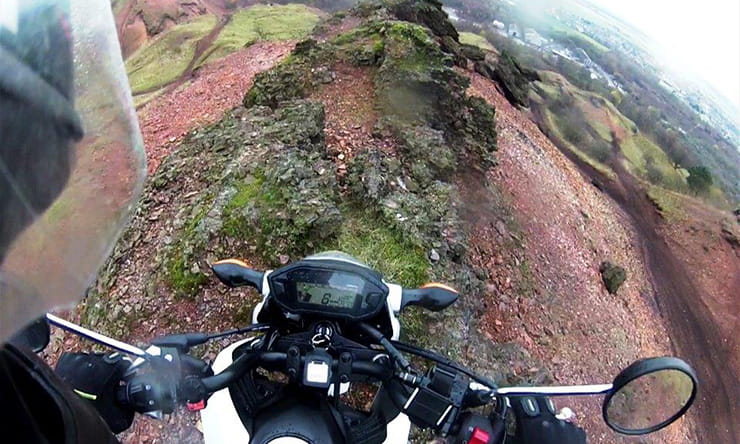 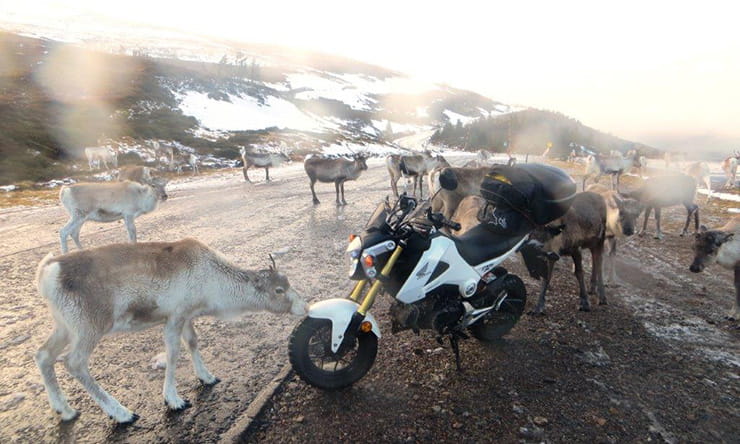 What are the good points of the MSX125?

The Grom is generally better built than most 125s, and it has more torque than the average, but less speed. However, it will go along most of the time at a steady 60mph.

It’s the easiest motorcycle on the planet to throw around and carve through traffic, while it’s great off-road and will quite easily manage through rivers and extremely muddy areas. Drop it and you can virtually pick it up with one hand; riding it in snow and icy conditions is great fun. With it being so small you can generally control it in these conditions much better than any large bike.

The fuel consumption is fantastic – commuting to work in terrible traffic and racing from light to light this wee beast would always manage 130mpg minimum. However out on the open roads in Scotland it could get up as high as 152mpg when driven smoothly. The worst thing is that it only has a five-litre tank. My new CB125F has a 13 litre tank and will hopefully do almost 300 miles between fills. 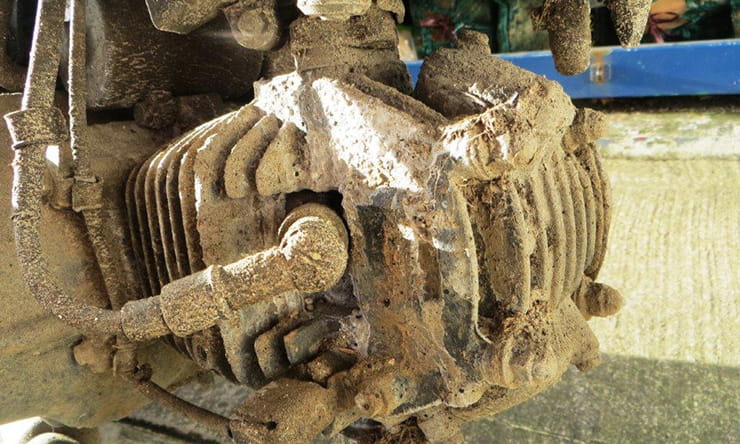 What’s bad about it?

The worst thing I find with the Grom is its chain and sprockets. As the chain is only a small 420 it’s practically impossible to get a heavy duty O-ring chain for it in the UK, so you have to use a standard link chain, which I find doesn’t last very long. In the 20,000 miles I’ve done on this bike I must have replaced the chain about four times and the sprockets about twice. I guess it’s not bad really.

Have you modified anything?

Just like all my bikes, I always change the spark plug for an iridium one, as I believe it gives better fuel consumption. I added a Scottoiler to keep the chain oiled, and as I ride in freezing conditions I also fitted a set of heated grips. 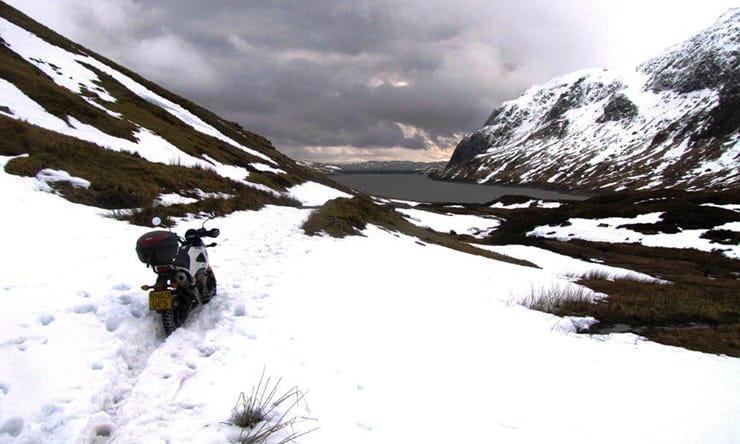 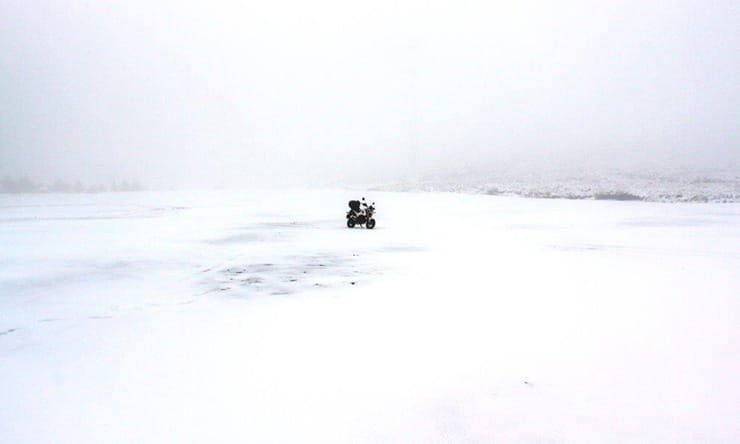 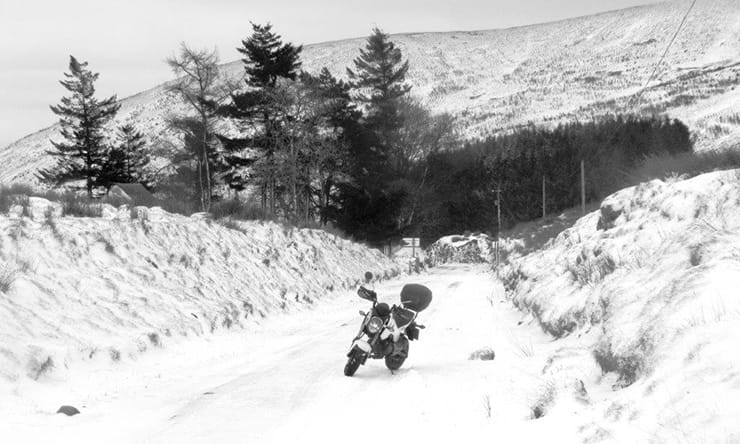 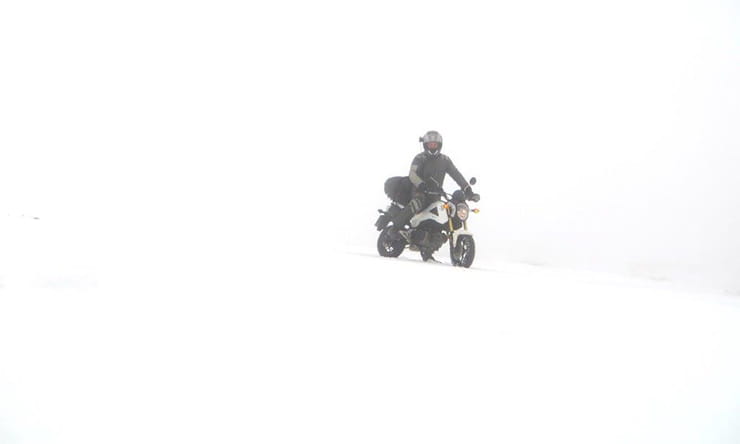 What’s been your longest journey and what was it like?

The longest journey I did was during a freezing winter when I went right up to the north of Scotland and back over a four day period. On return I managed in freezing conditions from Tomintoul to Edinburgh and the bike never missed a beat

Any future plans for it?

Sadly I traded it for a CB125F last week simply as the new motorway has opened right beside my house and the 125F will sit at 70 more easily than the MSX. It was also starting to get a bit rusty, but that’s not surprising, given the life it had.

What will you buy next?

We asked B&C express if they could help with the chain: “DID does make an O-ring chain that’s the right pitch – the 420V-120. Unfortunately, none of our DID suppliers have ever imported it into the UK, and all the sellers seem to be based in the USA.