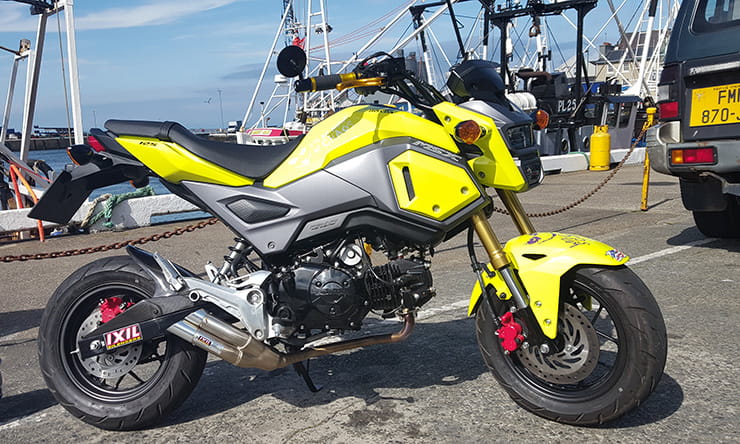 Gary Leach from the Isle of Man has been riding and racing bikes since he was seven years old, and has ridden almost every type of motorcycle there is; “Except BMWs. I hate BMWs,” he says.

“I bought my MSX125 in June this year from Jason Griffiths motorcycles in Castletown. I had no intention of buying one, though I had seen them and thought they looked cool. I’d gone to pick a mate up from the airport during the TT and had 15 minutes to spare so popped into the shop as it's next to the airport… the Grom was sat by the front door and the finance deal was too good to pass up. I did walk away and mull it over for about three minutes…

“I got it to commute to work on as I'd killed my Gilera 180 DNA during the winter, however I had absolutely no idea how much fun it would be to ride, and have used it for just going out and having a blast as much as I do getting to work. Okay, getting to work does involve riding the TT course from Kirk Michael to Ramsey, so that’s a blast every day in itself.

“I’ve even used it two-up during the TT to get about on during race days. I’ve got to say; this is the bike that I’m going to get nicked on – you tend to forget you’re on public roads and not a mini-moto track! 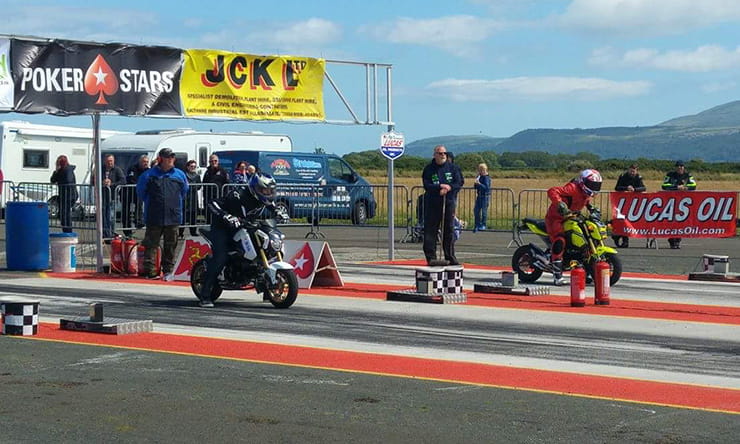 “I have a 1996 USA import 1200 V-Max (full power) that the tax ran out of in July, and I've still not ridden it since I've owned the Grom. I also own a Kawasaki ZX10R Nitrous drag bike that I race over here, but I blew the engine on that at a meeting in July... I had the Grom with me so spent the weekend drag racing that, with a best time of 22.05 seconds at 55mph. There was a strong head wing though.

“It's so easy to ride – I highly recommend it for a new rider. The seat’s low (not that it’s an issue for me), it’s light and nimble, and can handle some light off-roading. In fact, it’ll probably take more than I throw at it, but I have to keep reminding myself that it's for work.

“It wheelies well (very well), and draws a crowd wherever you go; I pulled into a petrol station in Ramsey during classic TT where a Repsol Honda, Lucky Strike Suzuki and a Marlboro Yamaha 500 GP replica were parked with a crowd around them; that crowd was all over my Grom by the time I'd paid.

“It's just so much fun, and the fuel consumption is outstanding – a genuine 100mpg riding it flat-out everywhere. And after-market parts are amazing and cheap as chips.

“Other than maybe wanting a bit more go out of it (which would then defeat the point of having it I reckon) I'd say there are no bad points. Maybe the forks are a bit soft, but thicker oil would solve that.

“It came with a load of after-market parts already fitted... Carbon hugger, ASV levers, Renthal bars, tail tidy and an IXIL exhaust that makes it sound like a little speedway bike. Once I'd got it home someone told me about the air-box mod on YouTube, which basically involved ripping half the air box out. I’m not really sure how much difference it made as I'd not ridden it before I did the mod!

“My longest journey has been 37.75 miles around the TT course. In future I’d like to fit a stunt cage – it’s only a matter of time before I flip it! I’ve also tried to convince the wife to let me sell the V-Max to buy another Grom… I’m still working on that.”