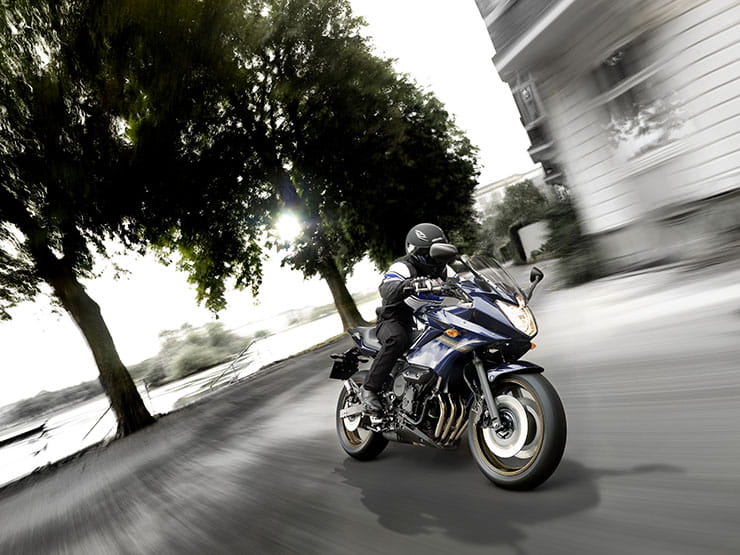 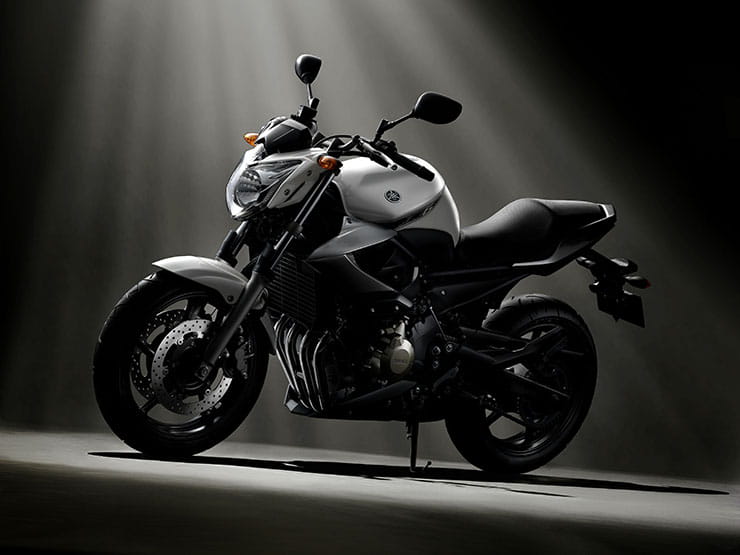 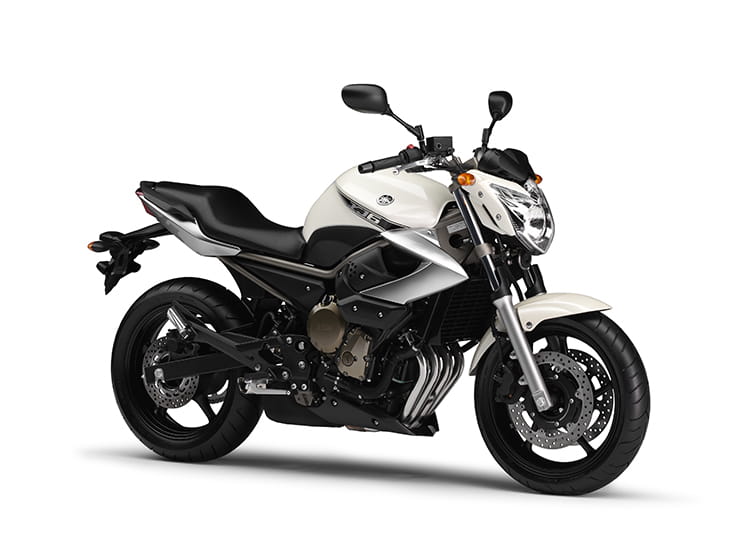 Since Yamaha launched the XJ600S Diversion in 1992, the hugely popular ‘Divvy’ has championed great value motorcycling that prioritises sturdy reliability over looks or flashy components. Initially an air-cooled inline four available in faired ‘S’ or naked ‘N’ guise, the Divvy fell foul of emissions laws in 2004, much to the distress of its many fans. But in 2009 Yamaha relaunched the Divvy, this time using a water-cooled inline four motor but still keeping true to the bike’s ethos of value for money and easy motoring.

In a slightly controversial decision, Yamaha gave the new generation of Diversion the water-cooled engine from the FZ6 Fazer range. This wasn’t controversial due to the fact it was water and not air-cooled like the original Divvy, more the fact that in the FZ6 models this lump hadn’t exactly covered itself in glory. Based around a Yamaha YZF-R6 motor that had been extensively reworked for the FZ6 models, a poor clutch action and slightly rev-happy nature saw it lack the relaxed charm riders expected in a do-it-all Fazer. This time, however, Yamaha were a little more careful.

While sharing the same 600cc architecture as the FZ6, including the same 66.5mm bore and 44.5mm stroke, Yamaha swapped the cylinder head, crankcase, clutch and even intake and exhaust systems to give the Diversion a far more relaxed nature through altered gas flow. Producing a fairly subdued 77bhp with 44ftlb of torque (the FZ6 made 98bhp with 46.5ftlb), the Diversion’s linear power deliver was achieved through a new cylinder head that featured reshaped slimmer intake ports (the valves are the same size as the FZ6’s), smaller 32mm throttle bodies, a new fuel map, forged pistons and cams whose profiles were specifically tuned for low and mid-range drive. Then, as the icing on the cake, Yamaha designed an all-new inner-push type clutch system and redesigned the shift mechanism for a smooth and easy gar change action that the FZ6 so badly lacked. 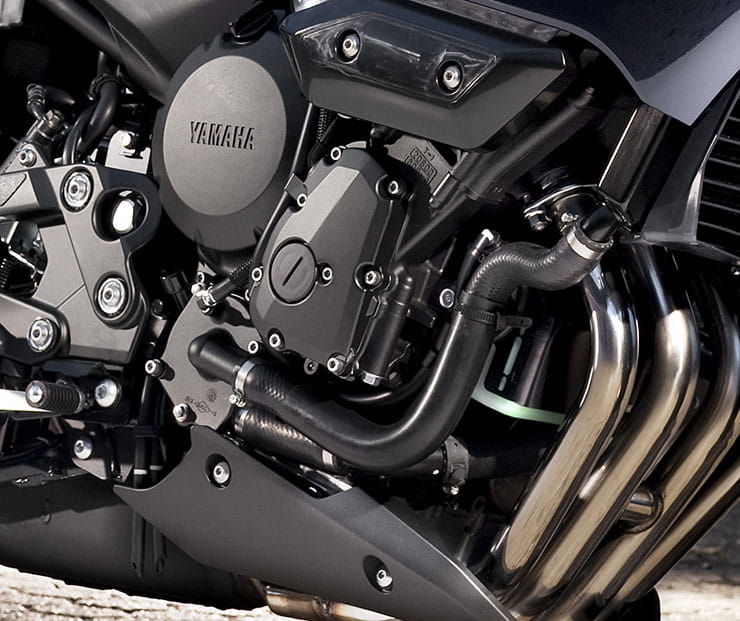 Unlike the FZ6 with its cast aluminium alloy frame, Yamaha stuck to the Diversion’s roots and gave it a budget-friendly tubular steel diamond-style frame. Where the FZ6 was aimed at the sporty end of the middleweight market, the Divvy was always targeted at the commuter who wanted a low seat height and slim chassis, making the cheaper to produce steel frame the better option. Using the engine as a stressed member, the Divvy’s frame has geometry that while fairly sporty, also ensures stability and a confidence-inspiring ride is paramount. A wheelbase of 1440mm is actually the same as the FZ6, however the Divvy’s 6mm longer trail of 103.5mm and 1-degree more rake of 26-degrees gives it relaxed handling. Its seat height is also 785mm, 10mm lower than the FZ6 Fazer’s.

Unsurprisingly, to go with its budget frame the Divvy gets price-sensitive suspension. The 41mm conventional forks are non-adjustable while the monoshock only has step-preload adjustment.

Impressively, Yamaha actually designed a set of lightweight cast aluminium wheels specifically for the Divvy. The front takes a 120/70 tyre while the rear a 160/60, allowing the use of modern rubber common on middleweight of the day. Somewhat surprisingly, the chain is a 520 unit, which is generally found on race bikes as it is lighter! With the FZ6 not carrying four-piston calipers until the S2 update, it comes as no surprise that the XJ6 models use twin two-piston sliding calipers with 298mm discs at the front and a single-piston caliper and 245mm disc on the rear. The half-faired Diversion and fully-faired Diversion F came with ABS as standard while the XJ6 had it as an option. 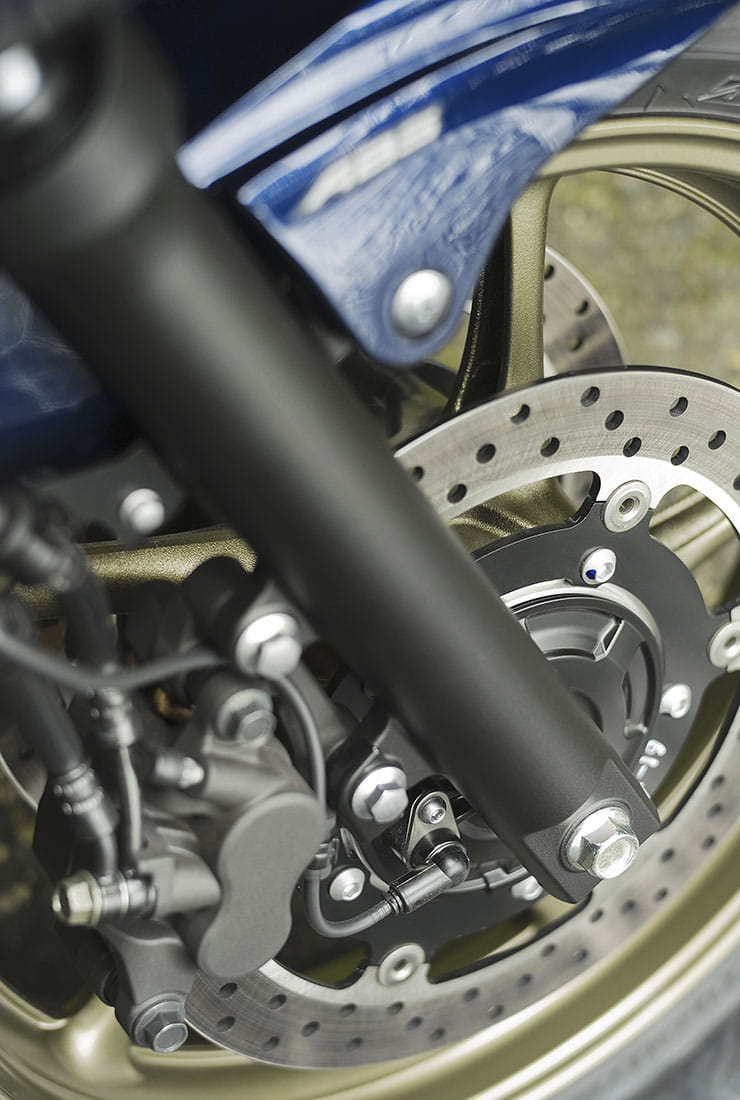 ABS was an option on the naked XJ6 but standard on the half and fully-faired Diversion models, but that was your only electronic assist. The dash (taken from the FZ6) has a fuel gauge with a digital speedo and analogue rev counter.

With pleasantly upright bars and a well padded seat, the XJ6 models are very comfortable bikes to ride that also feature adjustable bars. If you want to cover distance the Diversion variants are better due to their fairings, which the naked XJ6 lacks, but overall the Divvy is a very relaxed bike to ride.

Thanks to a one-piece seat (which is textured for grip on post-2013 models) and grab rails as standard fitment, the XJ6 is a good pillion bike. The smooth motor can handle the extra weight fairly well, however the shock is a bit on the soft side and does tend to dive for cover. If you take pillions a lot, buying an aftermarket unit is recommend. 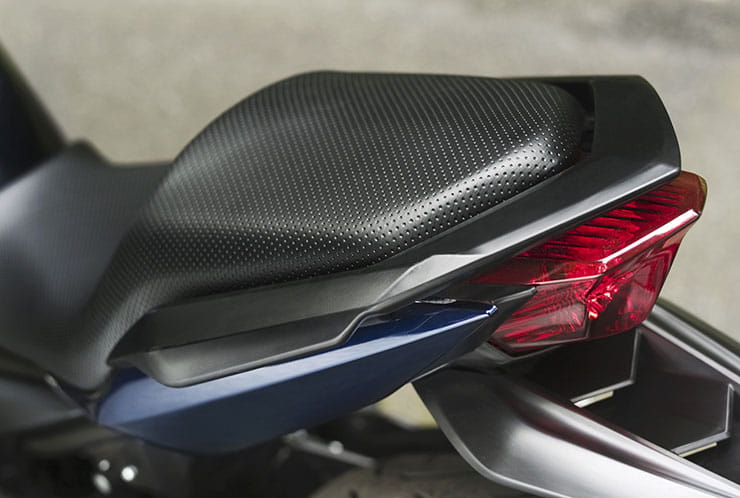 Yamaha’s XJ6 Diversion series fits the European lifestyle perfectly but just dips under the UK riders’ radar. This is unfortunate because it is a good bike that blends  sporting pedigree with practicality.
The 600cc motor is a derived from a former supersports machine and has some low-to-midrange pull to make slow speed riding an effortless affair, but it really comes to life at 7000rpm and onwards. Don’t get us wrong, the XJ6 will not win club races, but in the true spirit of road riding the steel tubular frame, basic sliding-calipers and suspension are good enough to please every type of rider, be it commuter or weekend fun rider on their favourite roads. The fitment of ABS also means a helping hand is available at short notice…
There are other benefits with the XJ6 Diversion F that make it a completely practical proposition. The handlebars are upright instead of being near the front wheel spindle to give a good smattering of comfort. Plus the full-length fairing is geared towards practical and doesn’t require insane body movements to duck out of the oncoming air. Overall, the Divvy is a competent all-rounder and provides the perfect stepping stone to sportsbikes.

In an age where the cost of public transport can get quite simply terrifying, the Divvy makes perfect sense. It is the kind of bike you can leave in a bike park and be confident it will blend into the background enough that thieves will overlook it, meaning you won’t need to get the bus home! However while it is a little uninspiring to look at and often to ride, that’s not really its fault, it was never designed to inspire – more to be a functional piece of two-wheeled technology. And in this context it is excellent.

As a first big bike or a daily commuter the Divvy is brilliant. In naked guise it is a little more limited in its appeal, but go for a Diversion and you get all the benefits of a fairing (either half or full) as well as a smooth inline four motor that is frugal, reliable and very easy-going. There are so many features of this bargain bike to like that given the choice, it is a far better option than the more expensive FZ6 Fazer models. Unless you prioritise performance over comfort. 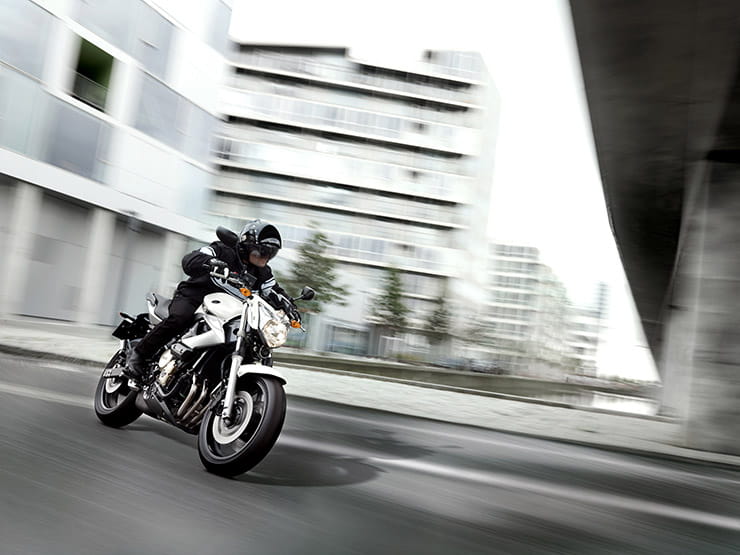 The Divvy is totally at home in an urban environment

The XJ6’s motor is in such a low state of tune reliability issues are very rare, so you can buy with total confidence unless it is pouring out black smoke or only running on three cylinders! What you need to be wary of on the XJ6 are wear and tear items.

The dash can fail, leading to the LCD numbers becoming corrupted and therefore illegible. This isn’t due to water ingress, more just the ravages of time and so always check its functions. And the same goes for any of the bike’s electrics, which can corrode and fail over time so check they are all working.

On the chassis front you need to be wary of seized suspension linkages as these are seldom stripped and regreased regularly on high mileage commuters due to the costs involved and also inspect the suspension for leaks or a total lack of damping! While you are there, also inspect the chain and sprockets for life as well as consumable items such as brake pads, tyres and even discs as they all wear out.

The exhaust’s collector box is made from mild steel and rusts very easily, so with the bike running carefully feel for any leaks, and give the sliding calipers a very careful inspection as they seize on their sliders. Rebuilding them only costs about £50 a side, but it is a hassle that can be avoided. Finally you need to check the basics on a commuter – crash damage, poorly fitted extras, any signs of the ignition being forced and bent bars or levers. Overall, the XJ6 is a reliable bike mechanically-speaking, but it is also one built to a budget so you have to expect some compromise when it comes to the quality of components used and their level of cosmetic finish. 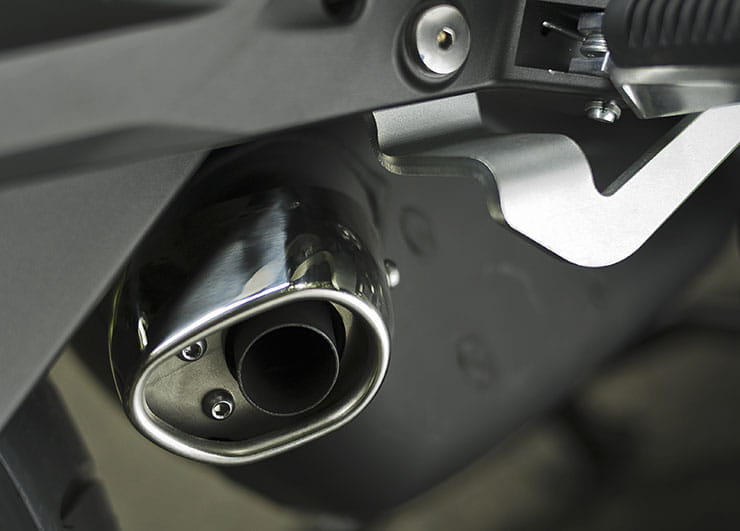 Initially the XJ6 arrived in naked and half-faired XJ6 Diversion guises, but they were quickly joined by the fully-faired F model. All models remained unchanged until 2013 when very slight updates to the XJ6’s side panels and headlight cowl sharpened its look and the Diversion models gained a dimpled seat cover, revised pillion grab rails and slight cosmetic updates. Oddly, Yamaha also released an XJ6 SP in 2013, which came with carbon-look parts and not a lot else...

You may be tempted to get an air-cooled XJ6 for under £1500, but they are a bit old and shonky by now so spend just over £2000 on an early water-cooled model instead as they are far better built and more reliable. Armed with £2500 you can get an early XJ6 in really good condition and there is little in price between a naked, half or fully-faired model. Push the boat out and you can get a 2013 bike for between £3500 and £4000, which is great value for money.