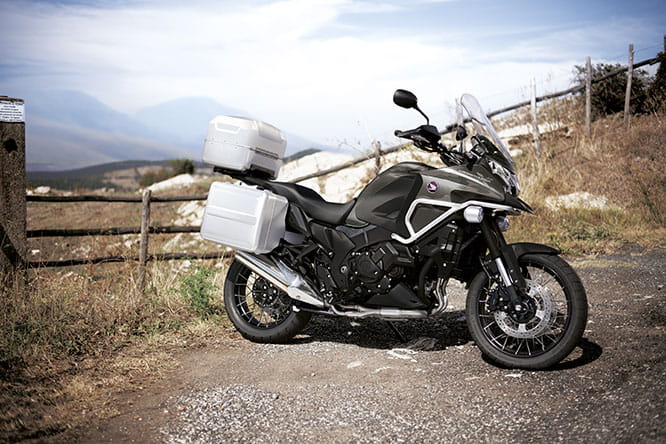 It’s a premium, Honda-built adventure bike, based on the VFR1200F and powered by a sublime, shaft drive V4

Honda’s entry into the uber-competitive and popular adventure bike category is also one of the most over-looked. And that’s a shame, ‘cos if you’re after a good-looking, well-equipped, well-performing, road-orientated adventure machine, the big Honda’s one of the best.

Some of that apathy is probably down to the Crosstourer’s drawn out, overdue introduction. First exhibited as a ‘concept’ in 2010, Honda didn’t finally put this spin-off of the VFR1200F (itself launched in 2010) into production until two year later, by which time rivals had stolen most of the limelight.

But it’s worth a second look. Based on the slightly flawed VFR1200F sports-tourer, the X is, in truth, the better bike. The VFR’s highlight, its gorgeously-flexible and tractable shaft-drive V4, is retuned for even more oompf, it’s a decent handler, comfortable for two, reasonably equipped (although it hasn’t the latest electronics and gizmos of some rivals such as BMW’s latest R1200GS or KTM’s 1290 Super Adventure) and is classily put-together as well, featuring sweet details such as wire wheels and adjustable suspension. Sure, it’s no off-roader, being too big and heavy for that, but for two-up Continental touring (which, let’s face it, is what most adventure bikes are used for) it’s as good as any.

All of which means it’s something of a mystery as to why it hasn’t caught on more. We can only assume it’s because the Crosstourer lacks any stand-out star qualities. Yes, like the VFR12, it’s available with Honda’s unique ‘DCT’ automatic transmission, which is still to find universal favour. Apart from that it’s a bit ‘Jack of all trades…’ A good one, tho’… 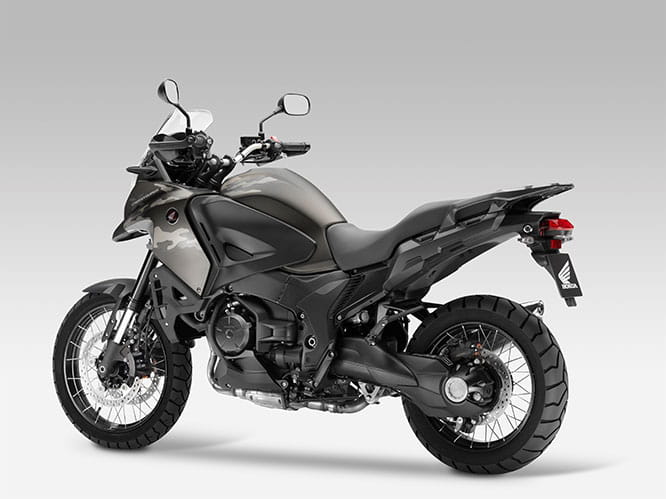 There’s been no major mechanical issues with the VFR1200X reported yet so any prospective purchaser of a used example needs only to look out for the usual suspects. First, check for correct servicing and decent owner maintenance (cleaning, lubrication, adjustment etc). This is particularly important on bikes with higher mileages and, as machines like this often clock up higher than average numbers on their mileometers it’s definitely something to bear in mind. In addition, obviously look for any crash or cosmetic damage (lever and bar end scuffs, panel cracks or scratches etc) and anything non-standard. On the other hand, bikes in this category are routinely accessorized by their owners and the Crosstourer is no different than most, with Honda offering a decent (if hardly BMW-rivalling) range of official add-ons. In this respect, quality luggage, crash protection, heated grips and the like can all add to the appeal of a bike, depending on exactly what you are looking for. With the VFR1200X it’s also worth asking yourself how interested you are in the unique DCT option. When buying, it adds £800 to the price, but this isn’t carried through to used prices… 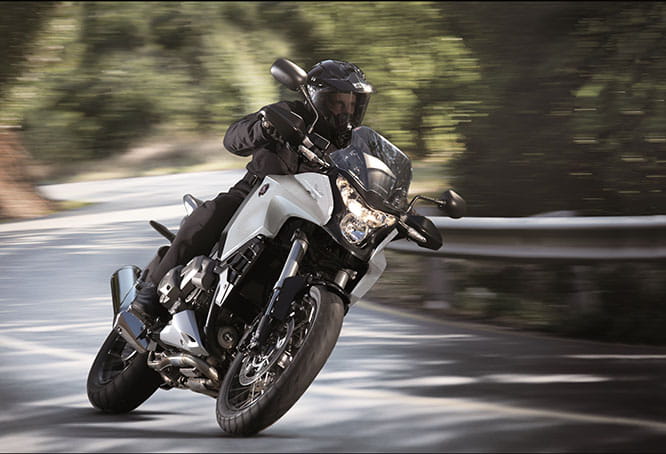 Not much. In 2014 the traction control system became adjustable through three settings (instead of just being on or off as before); the DCT system was updated, the new self-cancelling indicators introduced on that year’s VFR800F were added and the seat profile was changed slightly. For 2016, meanwhile, it gets a new, manually adjustable windscreen and further DCT updates intended to make the system work better uphill.

For such a premium product, especially from Honda whose residuals are usually better than most of the Japanese manufacturers, the VFR1200X makes a tremendous used buy. While new prices start at nearly £12,500 and rise to almost £14K for a fully-loaded, ‘Highlander’ DCT version, used examples, still with under 20,000 miles and often fairly loaded themselves, can be had for under £7K. We’ve seen bikes with as little as 3500miles on the clocks for not much over £8K and if that’s not value we don’t know what is…

Do you own a Crosstourer? What are it's strengths and weaknesses in your eyes?