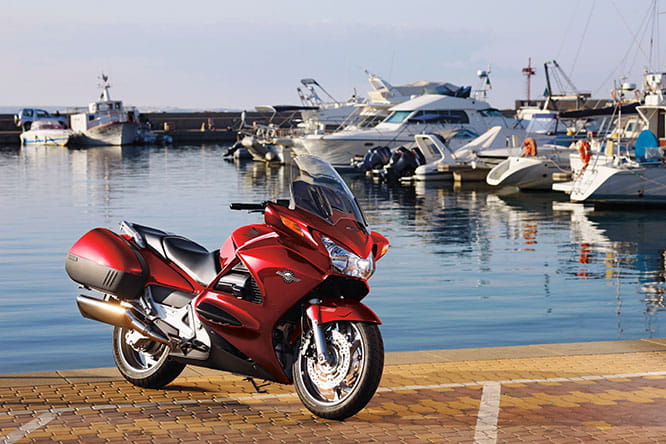 Successor to legendary ST1100 Pan European may now be getting a little long in the tooth but it remains one of the great, purpose-built touring bikes.

The original ST1100 Pan European launched in 1990 is, rightfully, a much-admired touring legend: a purpose-built tourer aimed specially at European riders that blended brilliantly performance, handling, comfort and durability. It’s 2002 successor, however, the STX1300, although much-improved and better in every way, hasn’t quite gained the same admiration, partly due to an early scare over an alleged high-speed wobble that was quickly rectified.

What we’re left with today is a mile-eater that’s astonishingly capable. It’s enlarged, unique, longitudinally-mounted shaft-drive V4 is smooth, tractable and brisk. It might not be exactly exciting but it delivers just what you need when you need it. Though undeniably heavy the STX handles well, mostly thanks to carrying most of its bulk low, while its (linked) CBS brakes are more-than-good-enough, too. But perhaps best of all is the fact that it’s simply so darn efficient as a tourer: it’s gloriously comfortable for two, has an electrically adjustable screen and good, built-in panniers, and is well-built and durable.

On the slight downside, it’s also now nearly 15-years-old and is starting to show its age, most distinctly by conspicuously lacking the rider-aid electronics (such as power modes and traction control) and equipment levels of more modern machines. It’s also a little bland, focusing on efficiency rather than excitement. The Pan Euro remains a great tourer, with a proven history – it’s not hard to see why it’s so popular with patrol riders… and maybe that says it all.

Due to its longevity and popularity there are plenty of Pan Euros around, many with high mileages, so you really do need to know what you’re looking for. Some pre-2004 examples suffered from excessive corrosion, which prompted a recall. Apart from that, however, there have been no significant mechanical faults. The STX13 is an exceptionally reliable and durable machine. That said, due to its very nature, Pan Euros do tend to be used quite hard, many ridden through winter, and clock up exceptionally high mileages so it’s important to check condition, service record, maintenance etc thoroughly and to look carefully for excessive wear and tear and any evidence of damage, however minor. Also check than any consumables (pads, tyres etc) are within serviceable limits. On the plus side, Pan owners also tend to be mature, conscientious, knowledgeable types who are more likely than most to have looked after their machines properly. 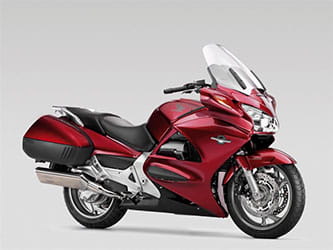 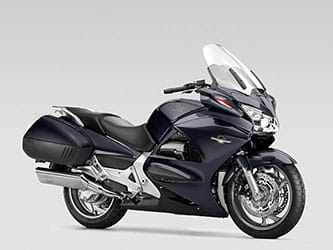 The ‘speed weave’ prompted 2003 production to be halted with some chassis parts redesigned and 2002 models to be recalled. From that year on the engine pan was also redesigned. Apart from colour changes there have been virtually no revisions since.

You pays your money… We’ve seen well-used Pans for as little as £3K. The downside of that can be mileages over 100,000. But, as long as serviced and maintained correctly, this isn’t a cause for concern.