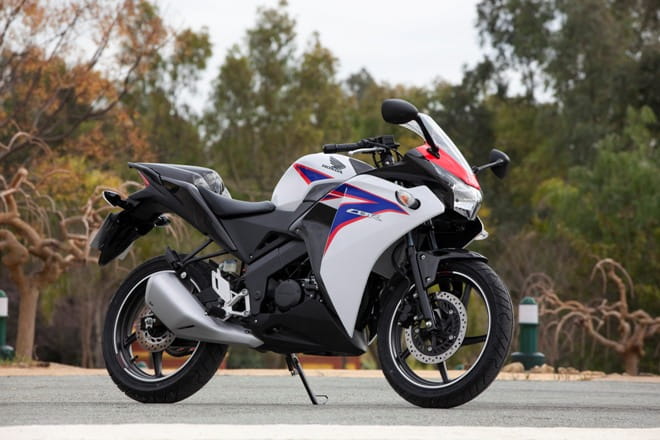 Honda’s stylists did a great job of giving the CBR125R some extra glamour when the learner-friendly single was revamped in 2011. It you squint a bit, its shapely full fairing makes it look a bit like bigger Hondas including even the fearsome Fireblade. The little A1-compliant CBR now comes not only in racy Honda red, white and blue but also in a Repsol replica orange that gives it more than a hint of Marc Marquez’s MotoGP V4.

That redesign was mostly cosmetic, though. Given the fact that Yamaha’s YZF-R125 has been comprehensively overhauled for 2015, and joined in the race-replica ranks by KTM’s new RC125, that leaves the CBR, whose basics date back to 2004, looking more up-to-date than it really is.

Guess you can’t blame Honda for that, and there’s no doubt that the CBR has been very successful in the last few years, helped by its competitive price, and no doubt also by the spectacular on-track exploits of Marquez, Pedrosa and Co. The key aspect of that revamp was giving the CBR a slimmer, shaplier single-headlamp fairing, which is also used to mount the mirrors rather than bolting them to the bars as before.

There was no change to the liquid-cooled, sohc single-cylinder engine, except for the shorter, most modern looking silencer. Honda also retained the previous CBR’s twin-spar steel frame, plus the suspension set-up of 31mm forks and rear monoshock. But they added a pair of wider, 17-inch wheels, and upgraded the brake system with a blend of 276mm front disc and twin-piston caliper, backed-up by a 220mm disc and single-piston caliper at the rear. 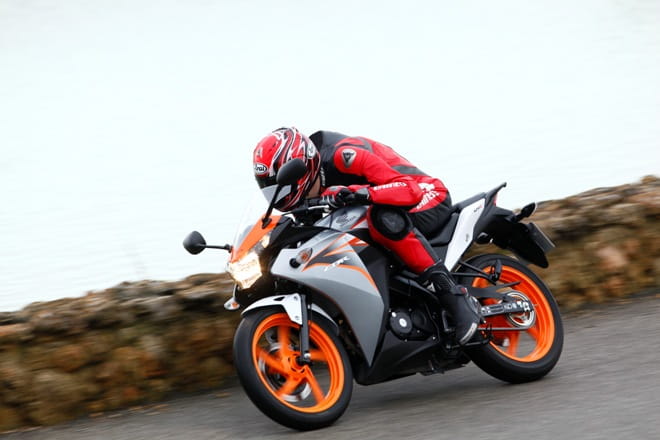 The CBR’s clock console was also updated with a new digital speedo and analogue tacho (plus handy clock and fuel gauge), so the little single has a fairly modern appearance even after you’ve slung a leg over its seat, and leant forward to the clip-on handlebars, which are raised slightly, giving a not too radical riding position. The seat is reasonably low at 795mm, which combined with the weight of just 137kg with fuel makes the Honda easily manoeuvrable even for small riders.

With a peak output of 13bhp (9.8kW) at 10,000rpm, the CBR doesn’t match the RC125 or YZF by producing the 15bhp that is the maximum for the A1 class. Inevitably this means it’s not exactly the straight-line king even by 125cc standards, though at least its fuel-injection system is well set-up. Throttle response is smooth and rider-friendly, which is just as important for novices in particular.

Response through the midrange is pretty gentle, and to find what power there is you need to keep the CBR spinning towards that ten-grand figure. Happily it doesn’t seem to mind that at all, and is even happy to keep spinning past the tacho’s redline at 10,800rpm. Most of the time the Honda is capable of cruising at 60mph or more, so generally has enough power to stay with main road traffic. With chin on the tank you can put 80mph on that digital speed; slightly more if you’re small or have a following wind.

That’s reasonable for a 125 although the Honda doesn’t endear itself with some tingling vibration, which comes through the seat or fuel tank at various engine speeds. The motor’s other weak spot is the six-speed gearbox, which is not particularly smooth, and is prone to the odd missed shift. The design is now over ten years old and could really have used an update in that time. 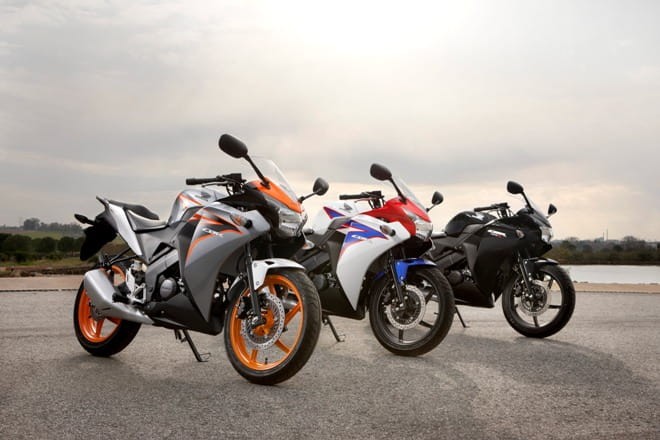 Handling, on the other hand, is pretty good, with plenty of stability thanks to the rigid frame and respectably firm and well damped forks and shock. Steering is pleasantly light yet accurate, and although the 17-inch wheels and tyres are pretty narrow, the IRC tyres provide a reasonable amount of grip.

Braking is an area where traditionally safety-conscious Honda are surprisingly off the pace, because the CBR has a twin-pot caliper that does without ABS. The level of power and feel is adequate, but the slightly spongy set-up can’t match the ABS-equipped four-piston calipers of the RC125or YZF-R125. Then again, it’s hardly fair to compare the CBR directly with those bikes, because the Honda currently costs £3599 and the KTM and Yamaha are £4499 and £4349 respectively, so getting on for £1000 more expensive.

Essentially the CBR125R’s recent story is typical of Honda’s approach to sports bikes of late. While rival manufacturers have developed new machines, the Big H have given their ageing warrior a few tweaks, kept its price keen, and sold plenty on the back of the firm’s reputation and a healthy dose of racing success. Which is fine, provided those sharp looks don’t trick you into thinking that the CBR matches Marc Marquez’s Honda by being the fastest or best in its class. 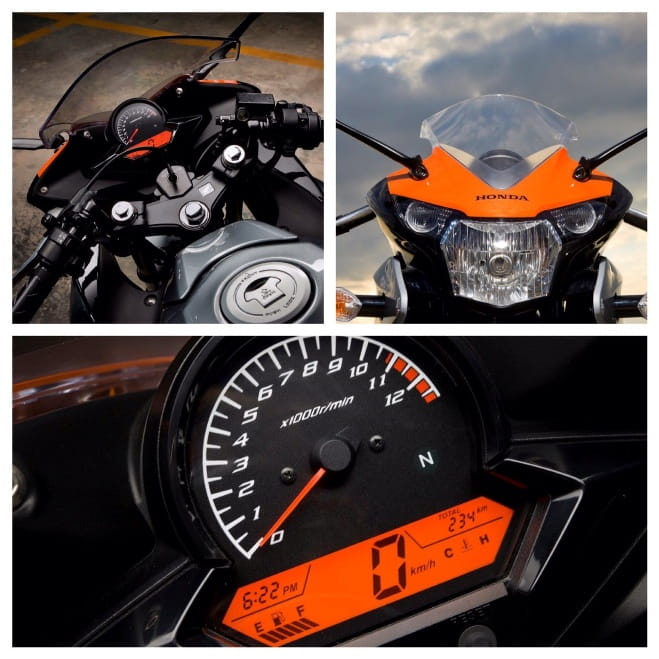 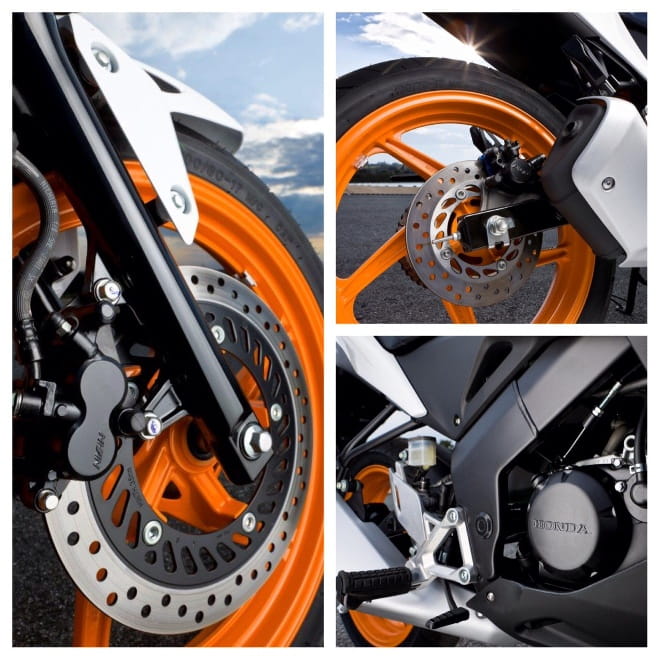