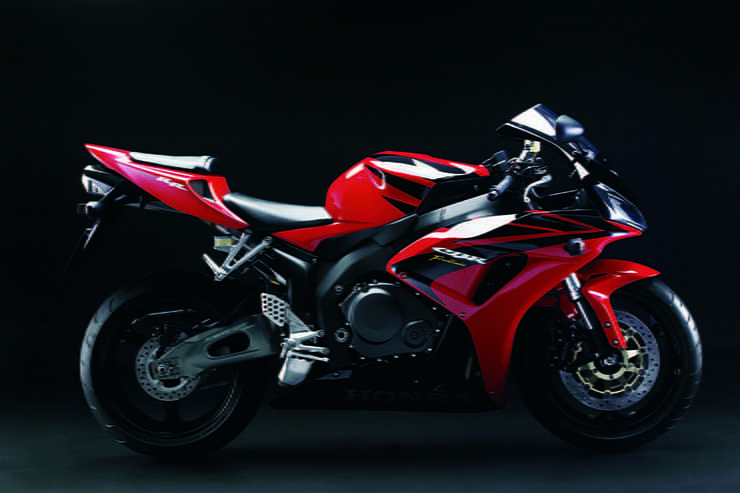 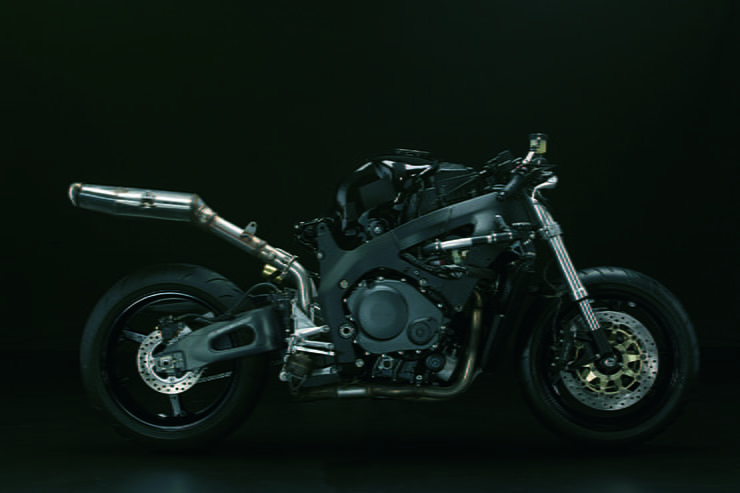 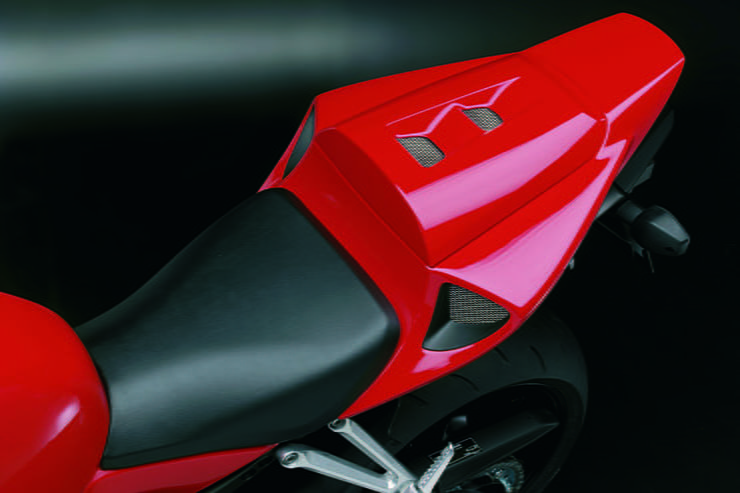 The underseat pipe Fireblade is one of the overlooked generations of this famous dynasty that actually deserves far more credit than it receives. Remember, at the hands of British rider James Toseland, the Pramac Ten Kate Racing Blade won the 2007 World Superbike title. Considering that was against the likes of Nori Haga, Troy Bayliss, Troy Corser and Max Biaggi, that’s no small achievement. So why is it overlooked?

To be honest, things didn’t start well for this generation of Blade. Launched in 2004, the first ‘RCV-inspired Fireblade’ went up against an all-new Kawasaki Ninja ZX-10R and Yamaha YZF-R1 as well as the established, and class-leading, Suzuki GSX-R1000. The issue for the Blade was that where the rest of the manufacturers went all-in in terms of performance, the Blade was – well, a little dull…

Quick to respond, Honda updated its litre bike for 2006 and now with better brakes, lower final drive ratios to give the engine some much-needed spunk and a sharper look, they re-entered the fight. The problem was that despite all the Blade’s updates, the market never warmed to it and what was actually one of the best road-going litre bikes of its time was forgotten about. Happily that has now changed.

If you are in the market for a litre sportsbike that feels pleasingly old-school in the way it has a comfortable (for a sportsbike) riding position, gutsy motor and handling that is sharp without ever getting too flighty, this generation of Blade is the one to buy. Its updated Tokico calipers provide excellent bite and in terms of reliability there is little to fault. It may not have the fearsome reputation of the Ninja or the elegance of the R1, but as a bike to ride and enjoy, the 2006/07 Fireblade is a really good example of Honda getting the engineering side of things bang on the money and the result is an excellent sportsbike that thrills without intimidating. 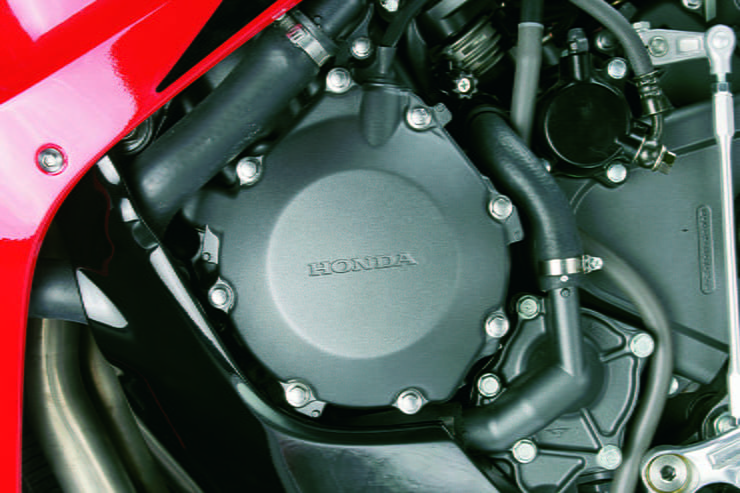 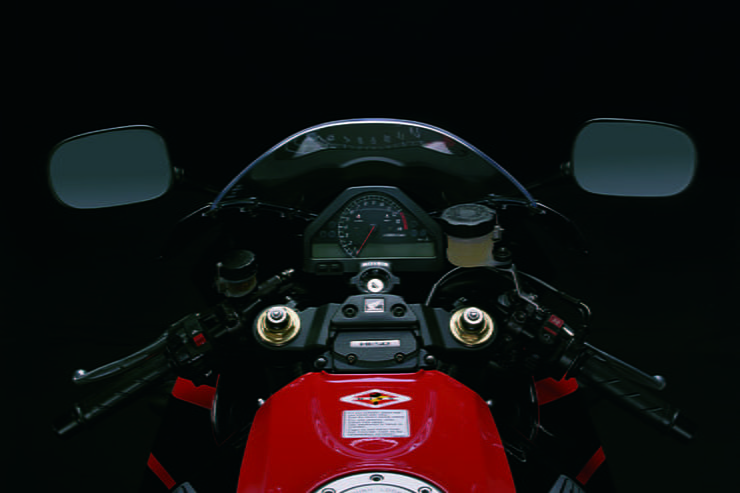 The good news when it comes to buying a used 2006/07 Blade is the fact they are a very robust motorcycle, built with the kind of care and attention you expect from Honda but the firm has failed to deliver in recent years. That said, you can’t just buy one blind as there are a few little issues to be wary of that can tarnish the whole ownership experience…

The first worry is the generator, which is a touch fragile and is known to give up the ghost on older higher-mileage machines. Replacing it isn’t a massive drama, but you are looking at a bill of around £150 for a used Honda item, which you are never 100% how long it will last, and the same cost for a pattern aftermarket item, which can be questionable quality. A new Honda one is a fairly eye-watering £330, so the best solution is to get your own one re-wound for roughly £200 by a specialist. You can test the generator by using a voltmeter across the battery’s terminals, which should show roughly 14-volts with the engine running.

Your second worry is the exhaust valve, which like all exhaust valves seizes. Some owners bypass it, others wire it open, but if it is seized then it can be a bit of a pain to free off and will also throw up a fault code. Check it moves freely when you turn the ignition on or rev the engine while watching its cables to see if they move. And also check for any other fault codes on the dash.

In terms of fit and finish there is little to worry too much about. The paint is a bit thin on the petrol tank’s cover, the fairing’s lugs can snap off if not removed with a high degree of care and the tail unit’s plastic are very fragile, which isn’t great news as it can be tricky to remove. If the bike has an aftermarket pipe fitted, always check it has been re-mapped to suit or it can run lean, but aside from ensuring the 16,000-mile valve clearance service has been completed and watching out for crash damage and worn bearings, generally the Blade is a pretty safe used buy. 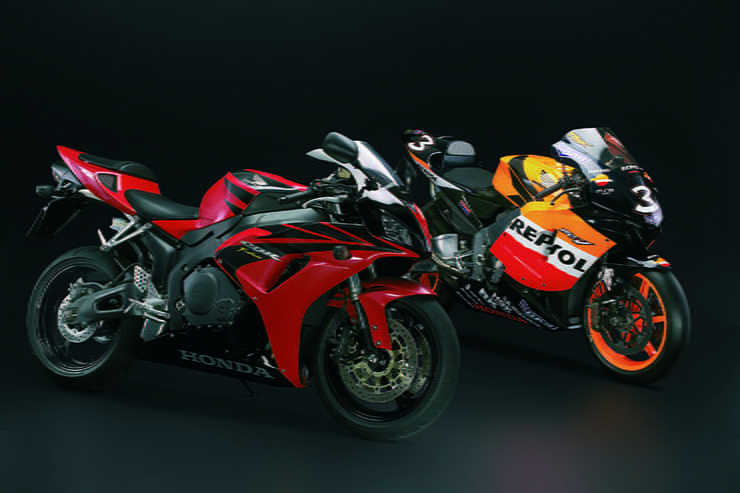 The 2006/07 Blade replaced the 2004/5 model, which was the first of the ‘underseat pipe’ 1000cc Blades, and is basically an update model to iron out a few of the original’s niggles. Oddly for Honda, the underseat pipe generation of Blade only lasted four years before being completely reinvented and redesigned as the ‘stubby nose’ generation, which ran from 2008 until 2012 when it gained a few updates (wheels, dash, suspension) before being replaced by the current generation in 2017. Although to be fair that model is pretty similar aside from a bit of weight saving and some flashy electronics and is far from a major redesign of the Fireblade. Maybe we will get that in 2020? 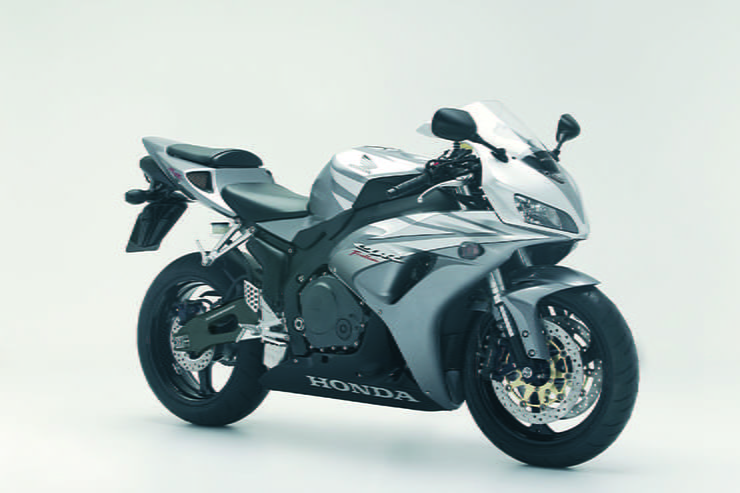 Although never the most popular of Blades, the underseat pipe bikes are now starting to be seen for what the are and have increased in popularity and therefore price. The original generation is less sought after with prices starting at £3,500 or £4,000 in a dealership, but if you want the better 2006/7 generation you will need to fork out in the region of £4,000 in a private sale with this increasing to £4,500 from a dealership for a bike in a reasonable condition with less than 20,000-miles on its clocks. There should be no need to spend more than £5,000 to secure a nice tidy example. 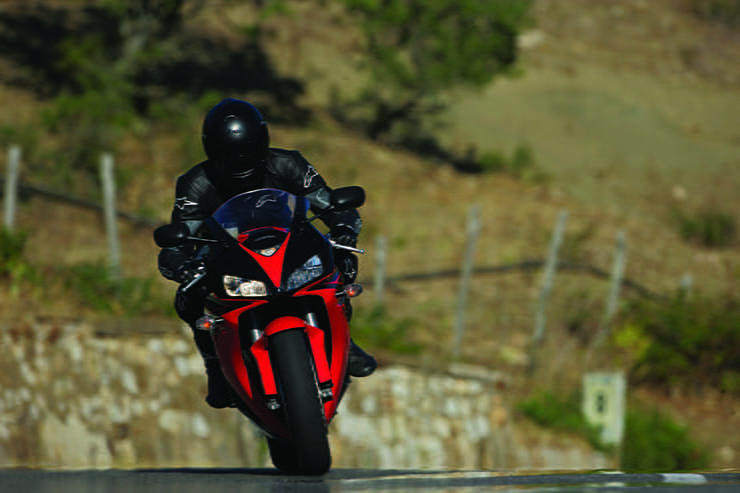 The RR is a popular bike and there are a lot of forums dedicate to it. Log onto www.cbr1000rr.co.uk, www.1000rr.net or www.cbrforum.com for like-minded owners. If you want some serious parts or tuning advice, drop Ten Kate a line at www.tenkateracing.com as they won a WSB title with one! Although they may now tell you the R1 is a better bike…