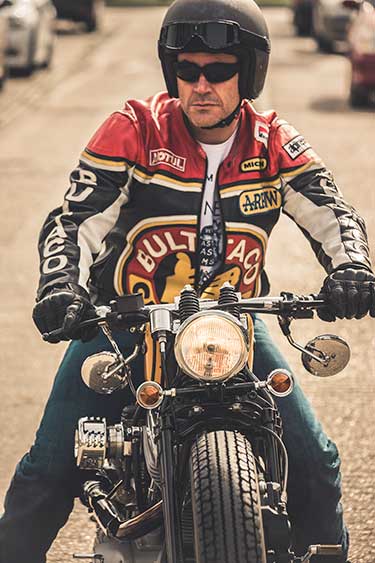 Club, Endurance and Isle of Man racer, been riding bikes since 1970 something, got the bug sitting on the back of my dad’s 400 Four. First ride was an Italjet followed by RM80 and YZ125 dirt bikes, current bikes range from agricultural to exotic. Writing about bikes for four years.

We were in Portimao, the rolling and fast Portuguese circuit where Honda invited the world’s motorcycling press to ride their 2017 Fireblade for the first time.

We were joined by a host of familiar faces who are also taking the opportunity to ride the bike for the first time including 23-times TT winner John McGuinness, ‘Fast’ Freddie Spencer, Steve Plater plus British superbike championship stars Dan Linfoot, Jason O’Halloran and Jenny Tinmouth.

Honda confirmed the prices of the long awaited new bike at £15,225 for the standard CBR1000RR and £19,125 for the SP. Both bikes will be available in UK dealerships around the end of February/beginning of March. Meanwhile, the SP2 race bike will be limited to just 500 with production commencing on March.

So, our man Kane Dalton, was in Portugal for BikeSocial, this is a synopsis of his full review.

His full review of the two bikes can be found here: Click Here