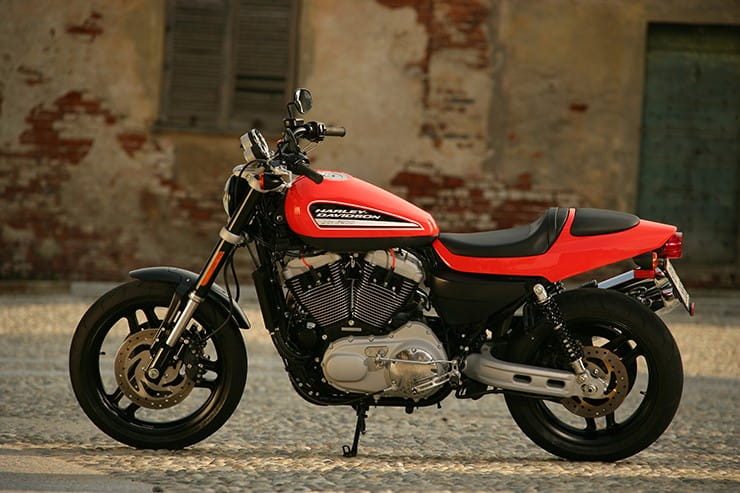 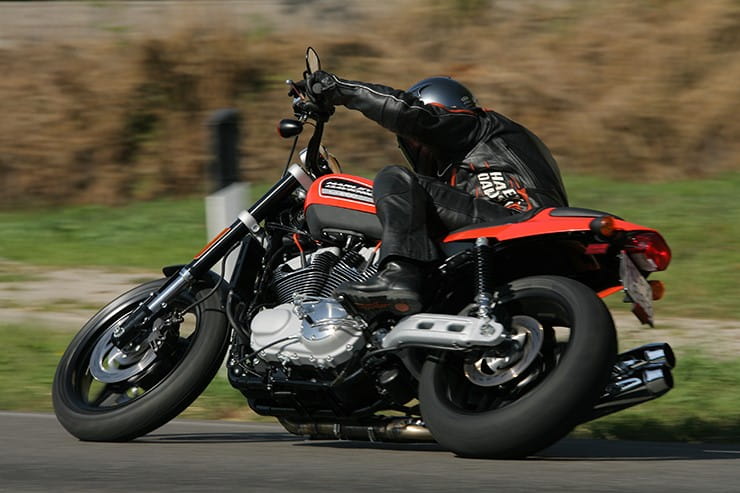 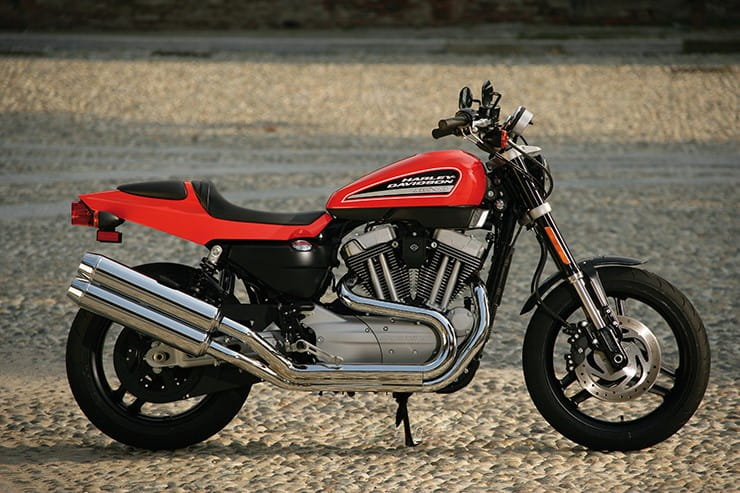 Harley-Davidson are a company whose history is steeped in sporting success – no, really, they are. We aren’t talking tarmac here, we are talking dirt track and when it comes to going fast and turning left, Harley are the kings of the oval. Well they were until recently when Indian stamped all over their parade, but we will brush over that for now…

Recognising that flat track was starting to grow in popularity, in the mid-2000s, Harley Europe were calling for a European-based model from Harley instead of the US-targeted ones. They wanted an air-cooled big V-twin that wasn’t a tourer, but instead had genuine sporting abilities, which they hoped would appeal to the European buyer and attract younger riders into the brand. Harley responded by taking inspiration from their flat track racers (well, visual inspiration) and creating the XR1200, their sportiest mass-produced road bike to date.

Arriving in 2008, the XR promised much. With a one-make race series demonstrating that this wasn’t some show-pony but could actually be taken on track (if you were brave) the XR certainly appeared to fulfil the brief. But, and here was the issue, in the showrooms it fell flat on its face. Sporty riders refused to be lured by a Harley while Harley owners didn’t want anything that sporty. The XR fell out of favour, sales plummeted and it was withdrawn from the model range after just five short years. Which is when, typically, it suddenly became popular…

As the ‘hipster’ culture grew and customisation and flat track also spiked in popularity, the XR1200 suddenly found itself bang on fashion. It was a cool-looking bike from Harley that had an air-cooled engine, flat bars and lots of potential for individualisation. From rock bottom, XR prices steadily grew and nowadays they are changing hands for only a few quid than they were brand new twelve years ago! But why is this?

When you ride an XR1200 it is impossible not to smile. The big V-twin thumps in a archetypal Harley-Davidson way with a great exhaust note and bags of spirit and vibrations. In bends the chassis is sporty-ish but not unstable and never feeling anything other than balanced and it looks amazing, especially in Harley racing orange. Is it worth over £6,000? In all honesty probably not, but if you can sniff out a bargain, at closer to £5,000 you won’t be disappointed at all. 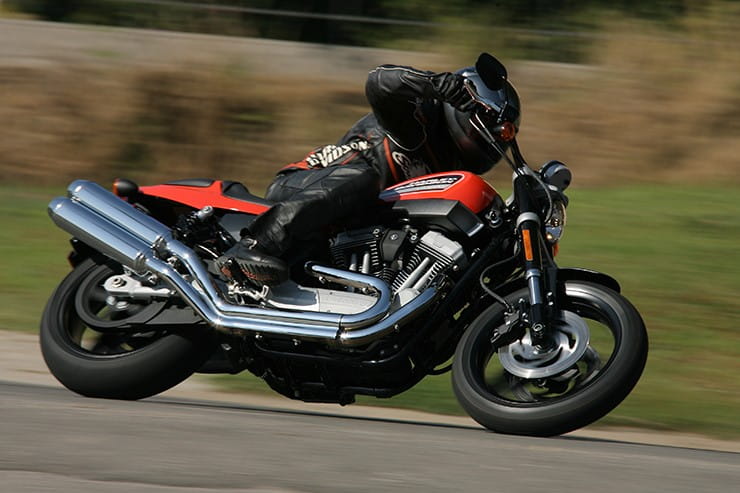 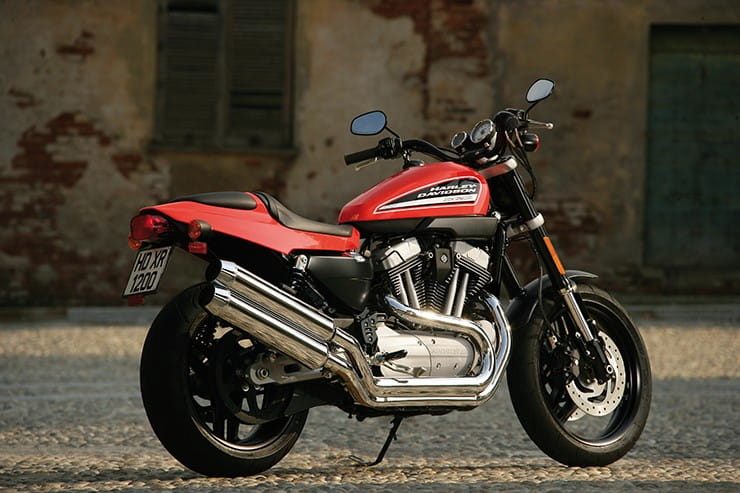 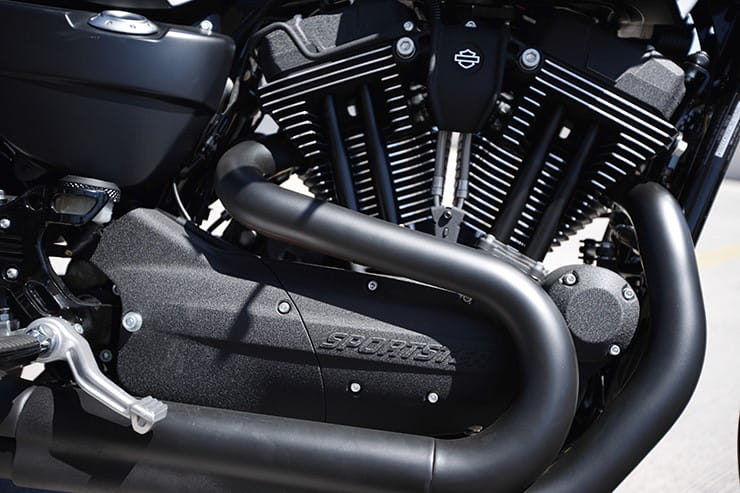 The biggest issue that has hung over the XR from its launch is the standard of finish, which owners report falls well below what they would rightfully expect from a Harley-Davidson product. The main areas of concern seem to be the fasteners and exposed metal parts, which merrily form a layer of ugly corrosion at the very slightest sight of winter salt. Once this sets in, the metal under seems to be a fairly poor quality, leading to snapped fasteners and a lot of irritated owners reaching for a stud extractor! If you buy an XR, invest in some good quality anti-corrosion spray.

The XR’s air-cooled engine is a Sportster unit and has therefore been around as long as the hills and provided it is treated correctly has very few major mechanical issues. A good service history is recommended as they need looking over every 5000 miles, but as they have hydraulic tappets valve clearances aren’t an issue. Oil, however, can be and Harley’s engine needs thicker than the average sportsbike oil at 20/50 due to the fact it has to deal with a wider variance in temperature as it lacks a water jacket to keep things nice and even. A lot of owners increase the noise and power of their XR thorough aftermarket exhaust cans and a free flowing air filer, which is a great addition, however always ensure the ECU has also been tweaked or it may run lean.

When it comes to the running gear, always check the condition of the drive belt as while the XR doesn’t require its swingarm to be removed like some Harleys (only one of its shocks needs to be take off), it is still a bill of over £300 to replace the belt, and that’s before you add in any pulleys. Generally a belt should last well over 50,000-miles, so you are really looking for stone damage rather than physical wear.

Although the XR was used in a one-make race series for several years, the chances of buying an ex-racer converted to a road bike are fairly rare as so many of the racers ended up a bit bent and they are actually more valuable as a racer than a road bike! The best way to be sure is to run a DVLA MOT check and see what mileage the bike has covered and when it was MOT-ed during its early years, but also look for obvious signs of damage and if it has a 17-inch front wheel, which all the racers did. Harris Performance, who developed the XR1200 race bikes, still sell all the race bike kits parts (at a price!) if you want to add some bite to your XR’s handling… 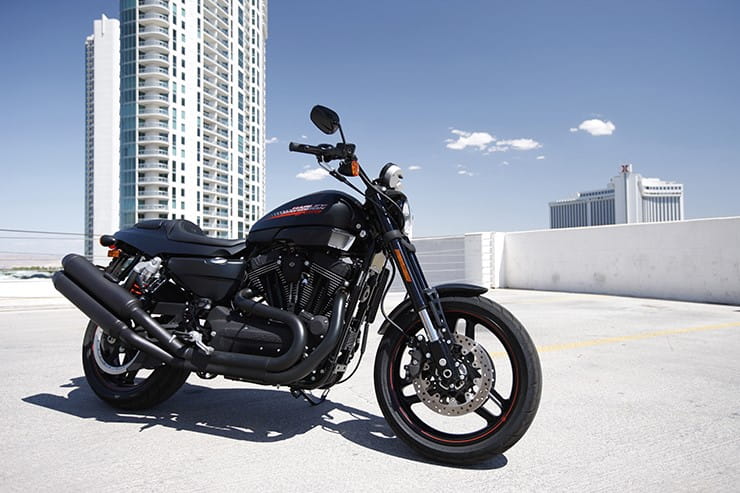 The XR1200 was only around for a few short years, and it wasn’t physically updated, however Harley did release a higher-spec model towards the end of its life span. The XR1200X was released in 2010 and came in black only and featured uprated Showa BPF forks, piggyback shocks and black exhausts but no extra engine performance. 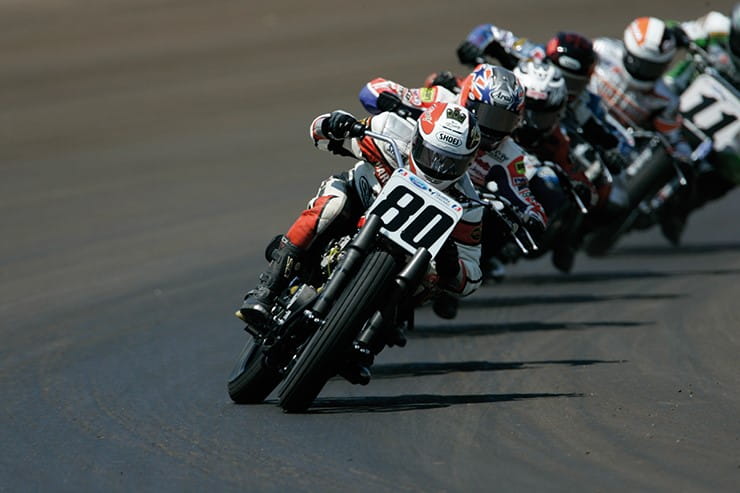 When it was an official model in the Harley line-up, dealers struggled like hell to sell the XR as it simply wasn’t what the usual Harley buyer was after. However since the flat track culture has taken off the XR has been viewed in a totally different light and as a result prices have skyrocketed. If you can find one, and they are surprisingly rare and don’t come up for sale that often, you need to fork out in the region of £6,000 to £7,500 for a good one with the X model at the higher end of the price range. Although that said, a lot of owners actually prefer the base model’s brasher Harley racing orange colour, so don’t be afraid to haggle a bit if you want an all-black X as you can probably cut the price difference significantly if you try. Scarily, the RRP of the XR1200 back in 2008 was £7655, which shows how much fashion dictates a bike’s value!!! 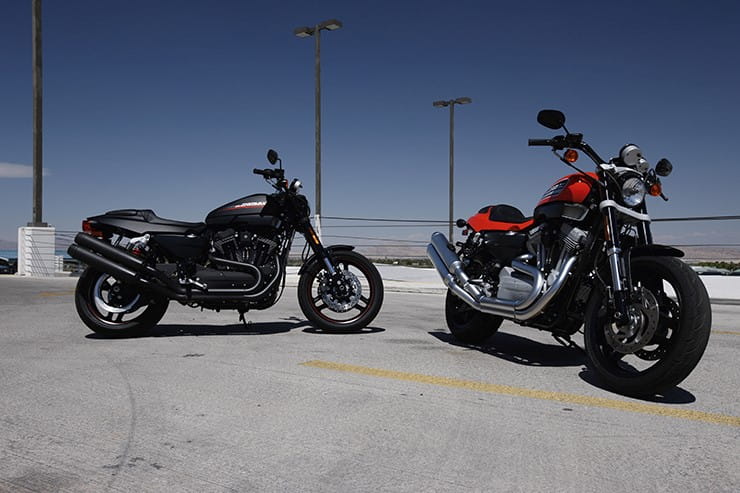 As the XR is such a unique model, it has its own very distinct fan base with forums and owners’ clubs that are set aside from HOG. If you want to meet like-minded owners, go to www.xr1200ownersgroup.com, which does what it says on the tin, or there is www.xr1200.org.uk. Both are packed full of passionate owners. If you want someone to work on your XR, then Warrs Harley-Davidson (www.warrs.com) are a great call as they have raced an XR all over the world with Jeremy McWilliams at the helm. Failing that, for a little more guidance from those in the know, join the Harley Owners Group (HOG), which has chapters all over the UK and worldwide. https://www.harley-davidson.com/gb/en/owners/hog.html