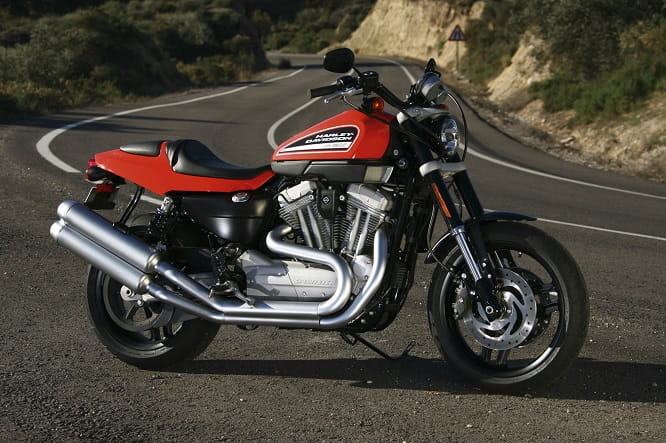 When you look at the Harley-Davidson XR1200 in a modern context it is almost impossible to come to terms with the fact that this is probably the legendary American firm’s shortest-lived model! How on earth could a bike like this not succeed? Irritatingly for Harley, the XR1200 proved that you can have all the right ingredients, but sometimes what you create simply doesn’t appeal to rider’s tastes…

Inspired by the legendary XR750 flat track racer, the XR1200 was unveiled in 2008 and was an incredibly bold move for Harley in many ways. Not only was it the sportiest mass-produced Harley model to date (excluding Buells of course), it wasn’t actually designed to appeal to the core American market! A fact that sent quite a few US riders into absolute meltdown when they got their first glimpses of it…

The XR1200 was the first time Harley had built a specific model to appeal to European riders and as such had a very different design brief to normal. This was a bike that was required to stop and corner with a far higher degree of competency than a traditional laid-back Harley as that’s what Europeans demanded. In many ways it was Harley’s first sports naked and as such required the company to up their game. 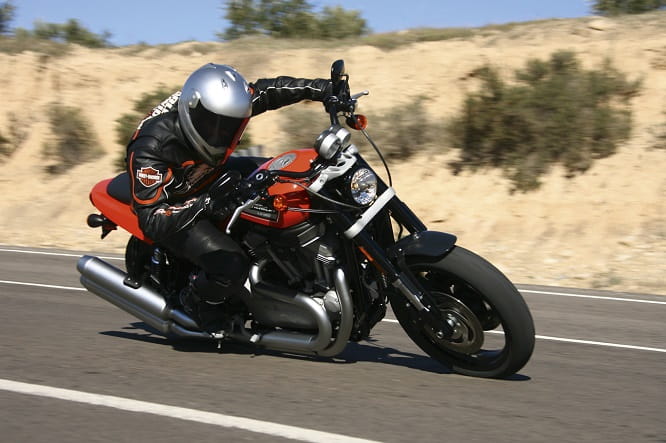 Using the Sportster’s frame as a base, Harley uprated the suspension with inverted forks, sharpened the geometry, slapped on a set of twin discs and then armed it with some proper sticky rubber in (almost) sportsbike sizes. Unwilling to go the whole hog and keen to still keep a bit of cruiser styling the XR got an 18-inch front wheel, but at least the rear was a conventional 17-inch item. So, with the chassis sorted, Harley turned its attention to the motor, squeezing an extra 20bhp out of it and upping the rev limit. While in reality a 90bhp air-cooled lump was never going to bother the Japanese inline four sports nakeds, or the European twins for that matter, it did mean the XR not only sounded great through its cool twin stacked mufflers, it went fairly rapidly and looked a million dollars. And, better than that, it even had its own one-make race series to demonstrate that this was no show pony, it was (almost) a track thoroughbred. Sadly for Harley, despite the racing being entertaining in a slightly terrifying way, this didn’t translate into showroom sales and the XR1200 failed to attract the new breed of young European riders it was designed to do. After just five years, Harley pulled the plug on the XR project. At which point, typically, interest picked up!

If you can find an XR1200 for sale at a reasonable price, snap it up. Don’t delay, don’t hesitate, just get in there quickly as if you don’t someone else will! There are so many reasons to own one of these brilliant bikes and treating it as a future investment is just one of them.

When it comes to keeping your money safe, few bikes do it better than a Harley. They cling onto their residual value tighter than a Texan to a steer where the used value in other manufacturer’s models will slip through your fingers faster than a greased pig. You can buy a Harley today, ride it all summer, store it over winter and sell it again for a loss of less than a few hundred pounds. In fact, if you buy an XR you might even make money having enjoyed its many charms in the summer months! 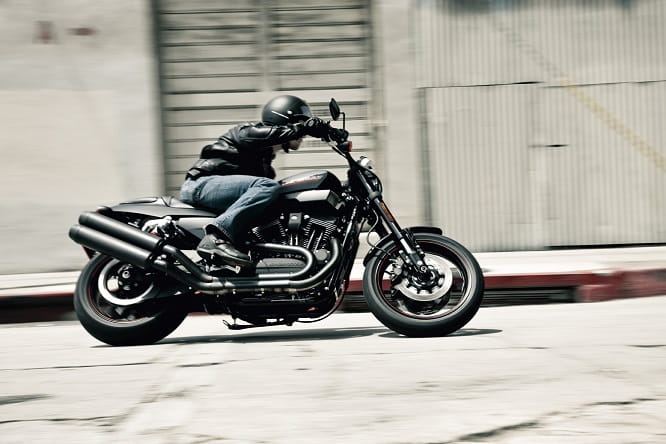 The XR1200 is currently going through a massive resurgence in popularity and used examples are pretty sought after. The flat track look is cool, Harley itself is being rediscovered by a new generation of younger riders and summer is always a great time to own a naked bike. If you can search out a tidy (and definitely not one that was ever raced!) XR1200 you will be onto a winner. Manage to locate one of the XR1200X models, which came with uprated fully-adjustable Showa Big Piston Forks, piggyback shocks and black exhausts, and you will be over the moon. There is absolutely no way that this model is ever going to drop steeply in value so your money should be safe and this is an investment that can be ridden and enjoyed without it devaluing to any worrying degree. In fact, in the current climate, you will probably make money should you decide to sell it next spring. However the chances of you wanting to part with this lovely machine after just a year together are slim to nothing. And slim just left town…

http://www.warrs.com/ - The UK’s and Europe’s oldest Harley dealership know absolutely everything about any model of Harley you care to name.

http://www.xr1200ownersgroup.com - An American based owners’ group, so not much use if you fancy a ride out, but one that has a very active forum with loads of advice and banter.