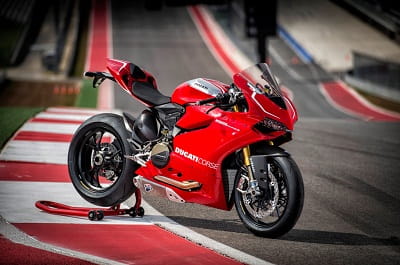 It was Soichiro Honda who coined the phrase “racing improves the breed” but his words apply to other manufacturers too — Ducati perhaps more than any. And they’re certainly true of the Italian firm’s 1199 Panigale R, which has been created with World Superbike racing in mind.

They also fitted the first adjustable swing-arm pivot on a production Ducati, allowing racers to tune the Panigale’s handling to suit track and tyre conditions. (This and the titanium rods wouldn’t be allowed in World Superbike unless a production bike used them.) As an R-model the Panigale also gets a smattering of carbon-fibre — front mudguard, rear hugger, shock guard and elsewhere — plus a Termignoni race pipe that helps justify the £26,550 price.

The Panigale R is expensive, but boy is it fast and fun to ride, especially on the spanking new Circuit of The Americas track in Texas, venue for the press launch. The Ducati was mind-blowingly fast on the half-mile long main straight, growling to 175mph with more to come while I caned it towards the 12-grand limiter through the quick-shift enabled gearbox, glad of the protection from the slightly taller, more aerodynamic screen. 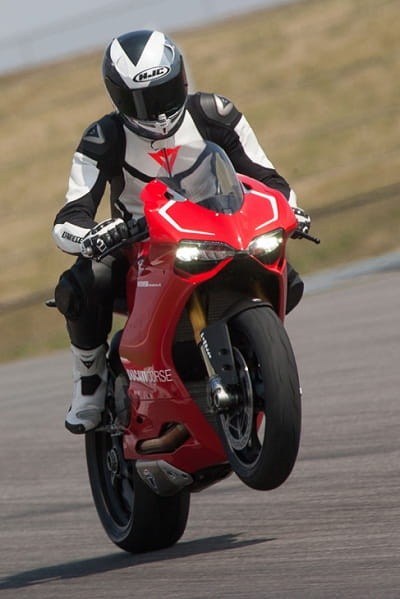 And the bike was notably gruntier than the stock Panigale when accelerating out of the circuit’s slower turns; so much so that I’m confident the improvement wasn’t just down to the midrange-boosting Termi racepipe. The Ducati also braked ferociously thanks to its ABS-equipped Brembo Monoblocs. And it handled superbly with the help of its sophisticated, electronically adjustable Ohlins suspension, though we didn’t have a chance to adjust the swing-arm pivot.

That advanced stuff is mainly for the likes of Checa, who set a promising pole position at the Phillip Island opening round before crashing heavily. Whether the Panigale R can deliver yet another World Superbike title to Bologna remains to be seen. But nobody who rides a Panigale R will be in any doubt that Ducati’s desire for improved lap times has resulted in a sensational motorbike. 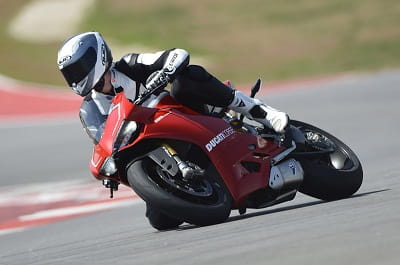 The R-bike also comes with the bonus that its ride-by-wire and gearing mods are incorporated into the other 1199 models this year. (Owners of existing Panigales can update their bikes with the new map.) If that’s not a case of racing improving the breed, I don’t know what is.

HAYDEN AND SPIES
We couldn't leave this test without showing you what MotoGP stars Nicky Hayden and Ben Spies were getting upto! Backing it in, wheelies and general showing off was the order of the day, and who can blame them! Here's the two side-by-side wheelying. Nice work. 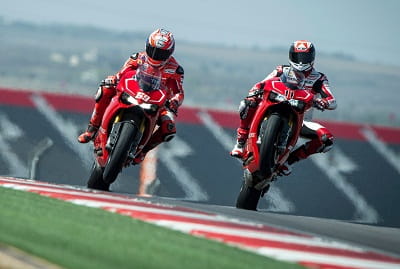