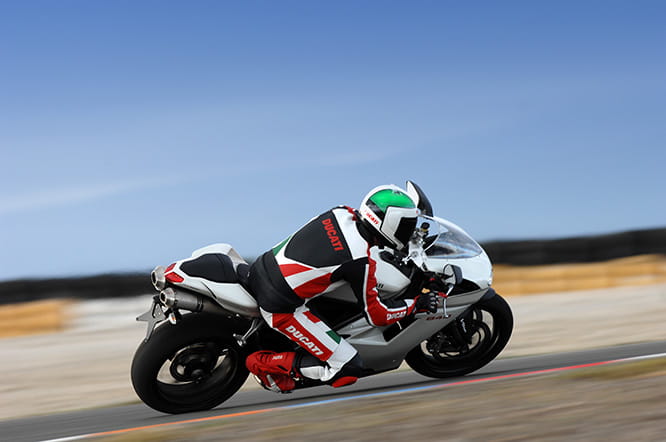 Ducati has always billed the 848 as an ‘entry level superbike’, which in many ways does the bike a terrible disservice. True, when it comes to price it can certainly be viewed as entry level, but in terms of performance the 848 can more than hold its head up high. This is a brilliant superbike in its own right, and one that is also very easy to live with.

The 848 appeared at a time when Ducati were possibly pushing the boat out a little too far. While the 1098 certainly delivered a strong surge of midrange, the 1198 took this V-twin grunt and made it too aggressive, too instant, and even a little too intimidating for many riders. The 848, on the other hand, offered all the looks of its bigger brother, but with a far more balanced blend of power and performance. In short, it is just a lovely machine to ride on either the road or track, a trait it retains to this day.

The 848 is a bike that reminds you that insane power figures aren’t always a good thing and often it is better to just have the useable power at you disposal. Wrap this power in a chassis that feels more ‘Japanese’ thanks to the majority of the traditional Ducati laziness being removed from its handling and you are left with a really lovely machine. A lot of riders heap praise on the GSX-R750 as being the best blend of power and handling, but the 848 runs it very close and when it comes to looks, it easily leaves the Suzuki in its tracks. 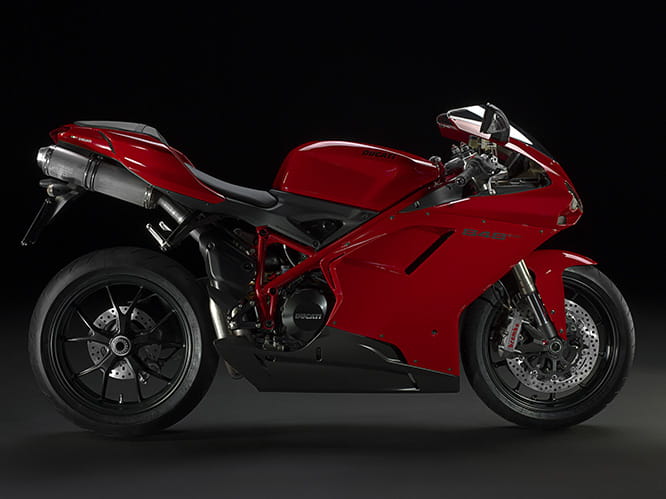 Buying a 748, and to a lesser degree a 749, can be a worrying affair as these are generally owned by less sympathetic riders and as a result their more fragile engines suffer technical issues. The 848, on the other hand, has very few reliability issues as the totally new motor is very robust when compared to the older V-twin. Very early 848s had a few electrical gremlins that caused the reg/recs to fail and required the fitment of a heat shield, however this was quickly rectified by dealers and shouldn’t be a worry. A few owners report the dash can mist up, but this isn’t very common, and upper left radiator mounts on 2008-2009 bikes are also known to fail. As with any Ducati, a good service history is recommended and be aware of where it is in the service cycle. The 848 introduced a new schedule with oil every year, cam belts every two years and valve clearances at 15,000 miles. It is the valve clearance check that really boosts the bill! Other than this, inspect the usual areas such as swingarm’s eccentric hub to check it isn’t seized, the fork seals to see they aren’t leaking and the bike in general for crash damage. If you want extras, buy a bike with them fitted as the cost of items such as the Termi exhaust system is eye watering… 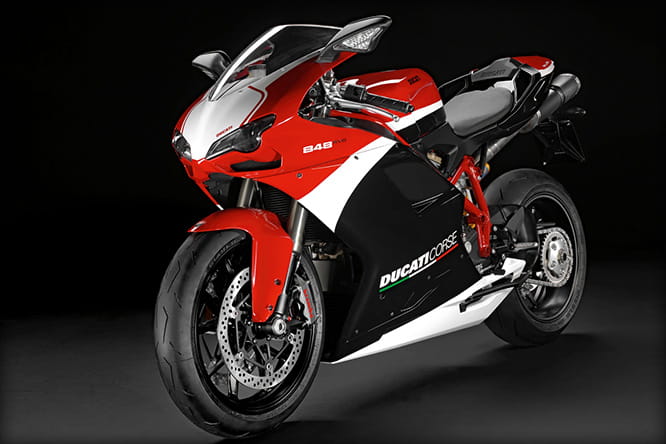 The 848 first appeared in 2007 as a 2008 model year bike. As Ducati couldn’t race the 848 in supersport, there was no higher spec SP version and also no S variants. The 848 became the 848 Evo in 2010 (technically a 2011 model) and featured slight changes to the engine’s heads, cams, pistons and fuel injection system that boosted power by 6bhp. A Dark version was also released that kept the price slightly in check (by £700) thanks to its black paint. In 2012 the Evo Corse appeared, which brought with it traction control and a quickshifter but no engine upgrades, while the Evo Corse SE (special edition) arrived in 2013 with an aluminium tank, Ohlins shock and a few styling alterations.

http://www.motorapido.co.uk/ - based in Winchester, Moto Rapido have built an excellent reputation within the Ducati dealer network and raced a Panigale R in the BSB championship in 2015 with John Hopkins.

http://ducatiforum.co.uk/- An active Ducati forum that is based in the UK and has a dedicated 848 section of the forum. 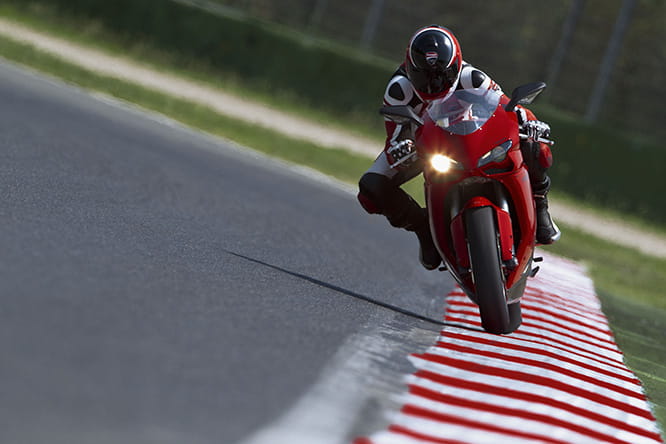