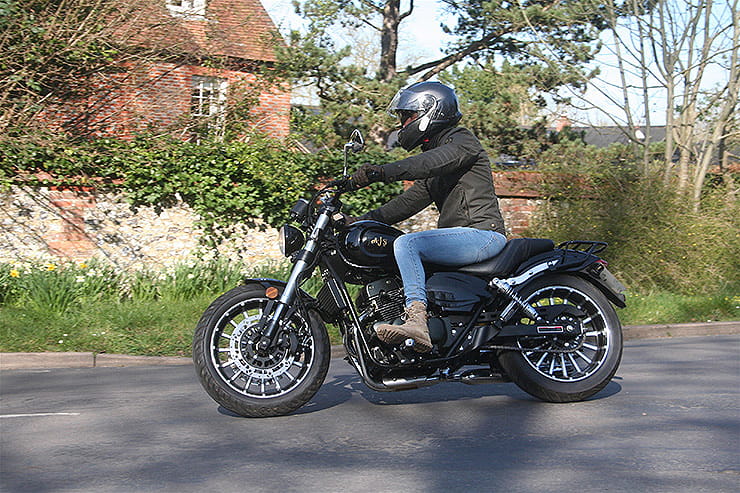 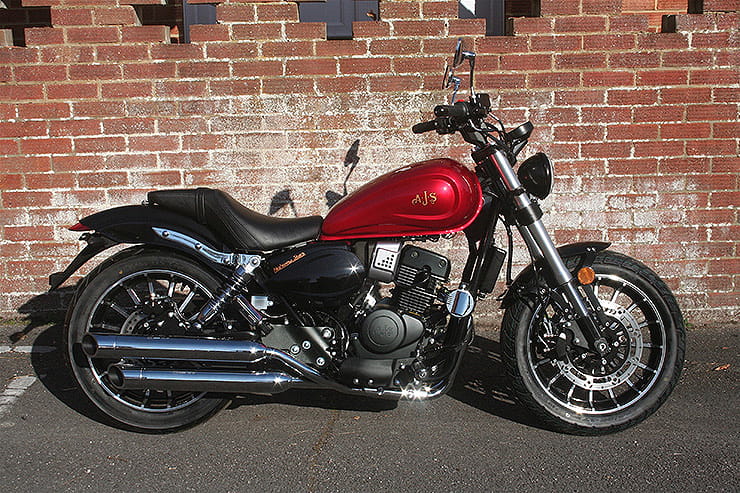 Small-engined cruisers – and we're talking 125s here – sound like a contradiction in terms. Surely all wannabee Harleys should have a stonking big V-twin with more gobs of torque than Twitter? Well maybe, but this doesn't seem to matter a jot to the thousands of riders currently tooling around on small cruiser bikes. Look around and you see lots of them – owners will say they like the looks, the style and the fact that cruisers tend to come with a lower seat than a bog-standard roadster.

Which is why AJS has been offering them for years. Unlike the Tempest Scrambler, also tested here on BikeSocial, the Highway Star seen here has no link to AJS's illustrious past. This old-established British name built cafe racers, traditional singles and twins and even a motocross bike, but cruisers...no.

None of that seems to matter though. The Highway Star is the latest in a line of Chinese-made AJS cruisers, and like its predecessors tries to look bigger than it really is. It succeeds too. Sitting outside the company's Andover headquarters, the 125 looked almost identical to its 400cc big brother. Lots of chrome, turbine style alloy wheels and big slash cut pipes make the right sort of statement and compared to rival 125s it's even got the extra bragging rights of a twin-cylinder motor. Is that enough to make it top dog among the Chihuahuas?

The Highway Star comes in at £2999, which makes it one of the pricier 125cc cruisers. Only the Hyosung GV costs more (as in £300 more) and all other rivals are single-cylinder jobs which are hundreds of pounds cheaper. Lexmoto's Michigan is cheapest of the bunch at just £1650, but the AJS could still be worth its premium price, boasting twin front discs, a digital instrument display and that twin-cylinder motor, plus it seems to be very well put together.

One rival to forget is the Direct Bikes Nevada 125, which can be delivered to your door in a box. It costs £500 more than the AJS, looks like an old-school Chinese-made bike and is to the old Euro 3 spec, so registering it could be tricky. They even charge extra for delivery. The words 'touch,' 'don't,' and 'bargepole' spring to mind. 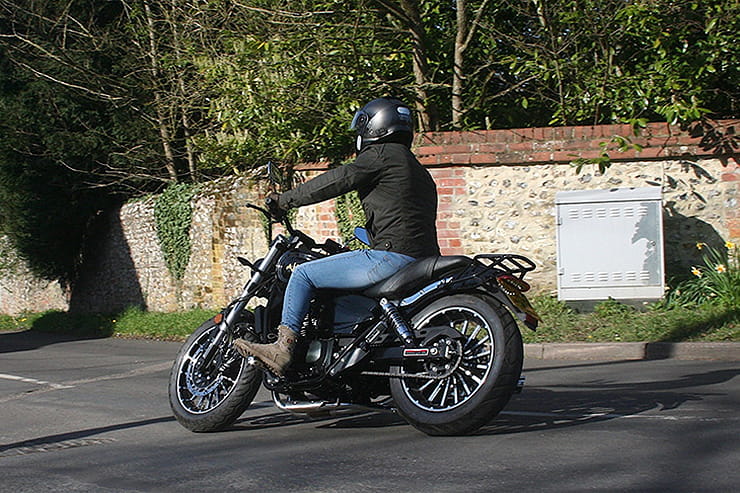 The Highway Star starts off with a massive advantage over single-cylinder rivals, because the twin pots make it sound and feel bigger than it really is when you first start up. Backed up by the big two-into-two pipes in deep, lustrous chrome, you could be into thinking this was a 250 or even 400.

All pretence falls away when you let the clutch out, because however impressive the motor sounds when you fire up, this is still a 125. Having two cylinders doesn't give any more power than a single (though with 11bhp at 9000rpm and 7lb ft, it's competitive) and the bike feels fairly gutless, especially in top gear. Use all five ratios freely enough though, and the Highway Star gets along as well as most 125s, keeping up with town traffic away from the lights. There's no rev limiter – not that I could find anyway – and the little twin would spin up to 10,000rpm on the rev counter.

Out on the bypass, it wound up to an indicated 65mph, so the bike is fast enough to hold its own on bigger roads. As with any 125, you want to be doing HGV speeds at least to be safe, and this one does that. Higher speeds come with some buzzy vibes through the seat, and fuzzy mirror images, but around town things are smoother and more relaxed.

Hands up anyone old enough to remember the Honda CM125. For everyone else, this was a custom cruiser (as I believe they were called then) from the early 1980s, and the Highway Star's engine is descended from it. So, no surprises here. It's a parallel-twin four-stroke with two valves per cylinder and an overhead cam, plus the addition of fuel injection to meet Euro 4 emissions legislation. Technology doesn't come much more proven than this. The same goes for the five-speed gearbox, which is light but long travel, though you can adjust the lever position. As for the exhaust, you know all about that. 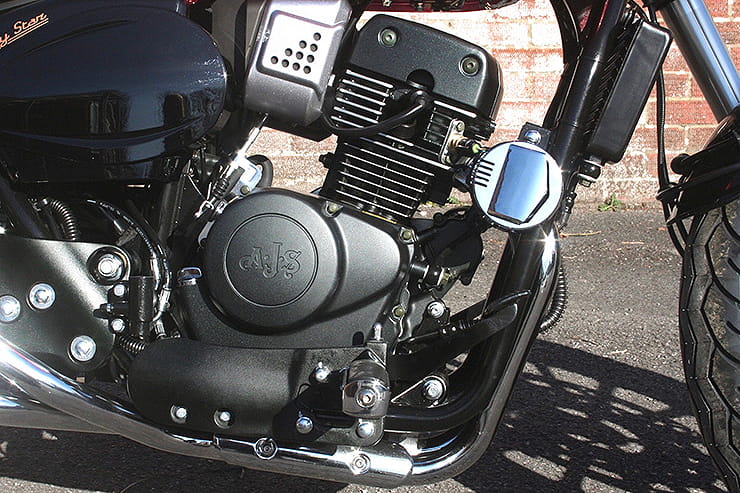 Normally 125cc tests include a measure of mpg, but with the Covid-19 restrictions starting to bite this one had to be cut short. All I can tell you is that the Highway Star's homologation paperwork claims 94mpg, which isn't quite as frugal rival singles, probably down to the bike's extra weight. Fortunately, the tank is a generous 19 litres, so you're looking at a range of well over 300 miles.

By 125 standards, the Highway Star has a pretty sophisticated chassis. As well as twin front discs (see below) the upside-down forks have adjustable damping, which is a real plus for a small bike, as well as the usual pre-load adjustment for the twin rear shocks. The low riding style dictates that the latter are shorter travel than you might expect, but that doesn't affect the handling – suspension at both ends coped well with bumpy corners and nothing touched down early, which is nice on a cruiser. Wide bars enable you to tip it into corners easily and the fat tyres grip well. The whole thing feels very secure and although at 164kg the AJS is on the porky side, that's hardly noticeable on the move.

The AJS's brakes look a little OTT for a 125, especially on paper. Instead of the usual smallish single discs front and rear the Highway Star has twin full-size 300mm discs up front and a 240mm rear. Step off another 125 and the linked system seems over sensitive – a gentle dab on the lever has the forks diving and what appears to be a serious stop. I got used to it, and this is certainly a powerful set of stoppers, but they need a sensitive right foot. 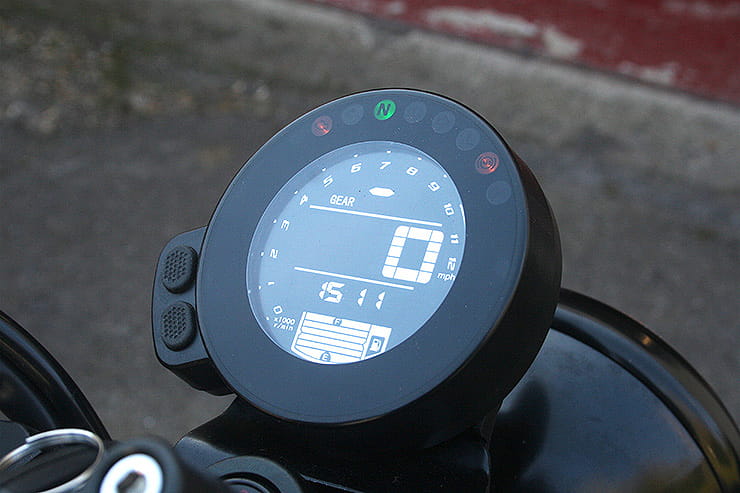 Cruisers in general, including the Highway Star, look like really comfy bikes to ride. The AJS feels like that too when you first climb aboard. The low seat (a mere 710mm off the ground) feels great, with the wide bars sweeping back to meet your arms and a moderately legs-out riding position – nothing too radical. Reality intrudes when those short-travel shocks hit their first pothole, and you learn to ride around bumps. But on smooth tarmac it really is quite comfy and It's not as blowy as you might think, as you're seated so low. So, touring? Yes, given a decent surface and lower speeds.

Pillions aren't so well catered for, with a tiny perch and now grab rail. As for luggage, a rack comes in at £99 extra – strap on luggage only please, as a top box would just look naff.

Rider aids don't extend to a choice of riding modes or ABS. What you get is a neat digital instrument pack with clock, gear position, fuel gauge and trip. The speedo can be switched between mph and km/h (for all those continental tours you'll be embarking on) and there's a rev counter around the edge. All very legible, even the warning lights, hooray! 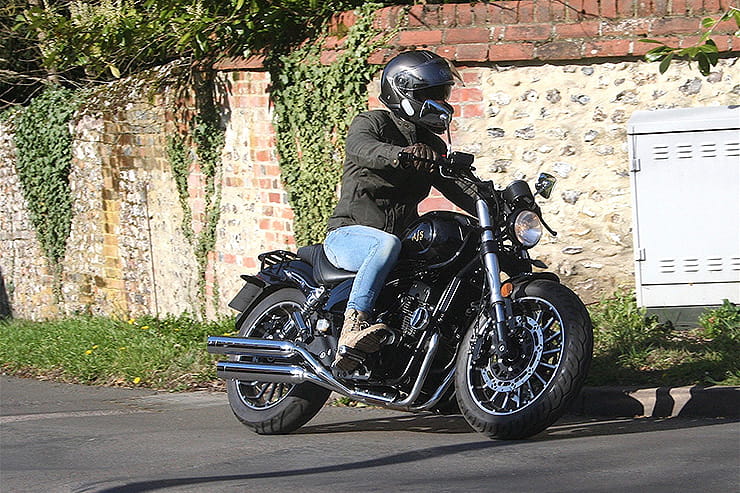 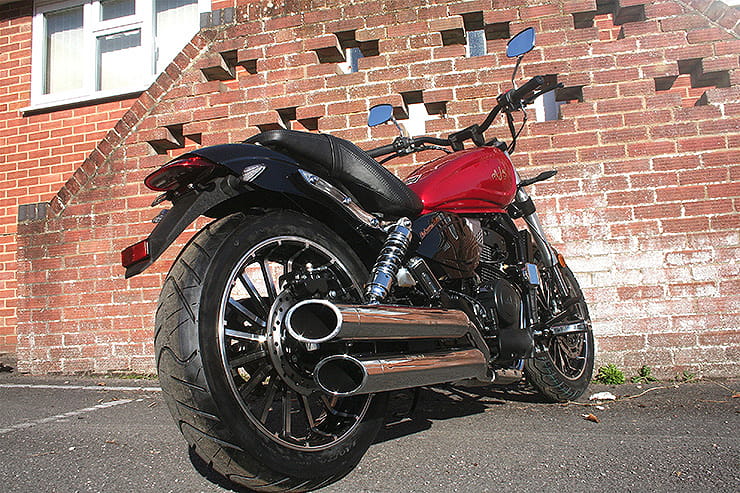 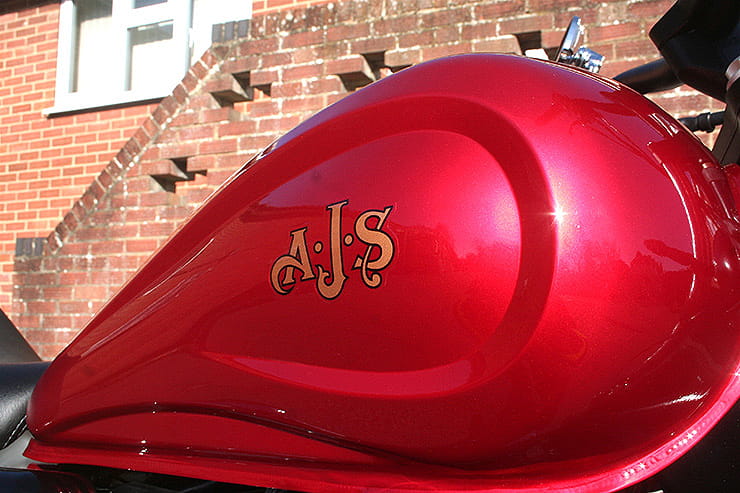 Cruisers are all about looks and presence, and the Highway Star has plenty of both. It's an imposing piece of kit which hides the tiddly engine size well and seems well made into the bargain. If the performance is a bit weak, that really goes with the territory of a heavier 125, so if you like the style and can afford the price tag, the highway awaits.